Some of the important happenings this week
by TopGear.com.ph | Sep 15, 2019

Pasig City is the bottleneck capital of Metro Manila, according to MMDA statistics

“According to statistics provided by the Metropolitan Manila Development Authority (MMDA) based on feedback from local government units (LGU) from 2018, Pasig City is host not just to the most number of bottleneck areas in Metro Manila, but to the worst ones as well.

“Analysis of questionnaires provided by LGUs show 30 bottleneck locations within Pasig City, with the majority of them being categorized as ‘severe.’ This includes areas along Ortigas Avenue, Meralco Avenue, Pasig Boulevard Extension, Shaw Boulevard, and Julia Vargas Avenue.”

“House Bill No. 4475—also known as the ‘Motor Vehicle Digital and Electronic Recording Systems for Road Safety and Security Act’—seeks to mandate the installation of “government-certified systems for recording digital and electronic data on vehicle operation, navigation, traffic, and in-vehicle safety.” This means that car manufacturers in the Philippines must have the proper recording devices installed on their units before these are sold.”

“Emergency vehicles trying to make their way through will now be assisted by Metropolitan Manila Development Authority (MMDA) enforcers. This, after President Rodrigo Duterte ordered that ambulances carrying patients be escorted by traffic enforcers and Philippine National Police–Highway Patrol Group (PNP-HPG) on the ground.

“The MMDA says it is up to the task: ‘The MMDA is ready to provide escort to emergency vehicles, particularly ambulance vehicles that have to squeeze through traffic,’ agency spokesperson Celine Pialago told the media.

“‘When the need arises, motorcycle-riding traffic enforcers can be tapped to escort emergency vehicles all over Metro Manila so that emergency patients needing urgent care can reach hospitals the soonest possible time.’”

“Until now, we had yet to hear what the local car manufacturers think of this proposal. But at today’s press conference for the all-new Toyota Corolla Altis, radio host Ricky Velasco asked a panel of Toyota Motor Philippines (TMP) executives about their thoughts regarding the car-brand coding issue.

“On a more serious note, the executive said: ‘When you were asking earlier, many people were already laughing about the proposal. Are we really serious about it? Do you really think it’s sensible to implement that kind of proposal?’

“He went on to say that the person behind the proposal should first explain what exactly the scheme means and the justification behind it before he offers a proper response.” 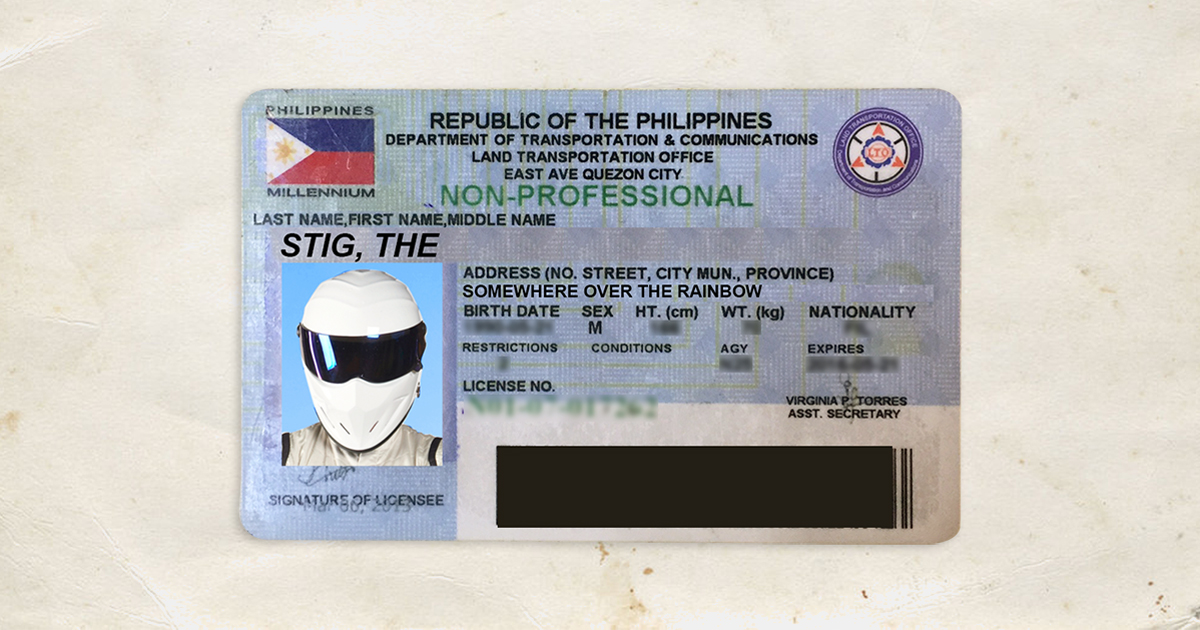 50,000 owners of confiscated driver’s licenses may face criminal charges if...
View other articles about:
Read the Story →
This article originally appeared on Topgear.com. Minor edits have been made by the TopGear.com.ph editors.
Share:
Retake this Poll
Quiz Results
Share:
Take this Quiz Again
TGP Rating:
/20