Rider spooked by ‘white lady’ in Davao City; turns out the ghost was just a plastic bag

“Motorists in the Philippines will no doubt be familiar with the tale of the White Lady—the ghost who wanders isolated streets at night and preys on lonely, unsuspecting motorists.

“This is nothing more than a myth, of course. Or is it? Netizen Warren Labadan came face to face with a White Lady while riding alone late at night in Davao City, the specter floating in the middle of the dimly lit street, her white robes waving in the air.

“Well, or so he thought. Look:

“As it turns out, the ‘White Lady’ was nothing more than a large piece of plastic hanging on a wire. It had been placed there to warn motorists of the obstruction. False alarm, guys.”

“For many car guys, a quick drive up some twisty mountain roads is the perfect way to de-stress. After all, nothing lifts our spirits like some fresh air and a nice ride to detach one’s self from the burden of everyday responsibilities.

“The thing is, as fun as it is to drive toward the clouds, doing so in the Philippines can sometimes be a risky proposition thanks to falling rocks, landslides, and other similar scenarios.

“To better fight these types of hazards, the Department of Public Works and Highways (DPWH) is commencing technical cooperation with the Japan International Cooperation Agency (JICA) to improve disaster readiness for provincial and mountain roads.

“Details aren’t too specific at the moment, but the deal between the two organizations has already been signed. Moving forward, the DPWH and JICA will work together in the creation and implementation of ‘countermeasure works’ for slope disasters, emergency response, and road disaster information management.”

Check out these new renders of the SMC Aerocity in Bulacan

“Look, we love Metro Manila, but it isn’t exactly a stinging beacon of what a modern city is supposed to be. It’s congested, polluted, and a major pain in the ass to navigate—all qualities the San Miguel Corporation (SMC) is trying to avoid in the development of its new aerocity in Bulacan.

“The company has released new renders of its future-ready development in Bulacan—which will complement the upcoming P740-billion New Manila International Airport (NMIA)—showing off an urban center that, to be honest, looks like the complete opposite of most of Metro Manila.

“For starters, public and alternative modes of transportation appear to take center stage in SMC Aerocity’s mobility landscape. Dedicated bike lanes are found all over the development, and are protected from cars by landscape barriers. Provisions for mass transportation, including dedicated bus lanes, are shown, too.

“Major roads are to be constructed with pedestrians in mind, with wide sidewalks and even a promising ‘skywalk’ elevated walkway initiative that will interconnect buildings and provide a safer means of getting around on foot. These skywalks, hopefully, will also feature provisions for solar panels that will power street lights and other urban fixtures.

“SMC is also aiming to make this place a breathable one, with no point of the city more than 15 minutes away from an open green space. Wide boulevards are pegged to feature landscaping and greenery, and waterfront developments are shown in the renders as well.

“SMC is tapping Palafox Associates for this project, with company head Ramon S. Ang saying the vision shown by the architectural firm shouldn’t be too far off from the real thing.”

Car owners in California can now use sticker-like license plates

“Let’s face it: License plates can often ruin the face of a car. If it’s on an everyday sedan or SUV, that’s no problem. But if it’s on a car-show entry or a multi-million-peso supercar, that’s a different story.

“The usual workaround here is to use aftermarket license-plate mounts to add some style to the otherwise mediocre design. For other brave souls, they just take out the front plates entirely and place them on the dash, behind the windshield. That’s illegal, in case you were wondering.

“If you live in California, though, you have other options. See, the State of California has previously approved the use of ‘one or more stickers, tabs, or other suitable devices’ in lieu of license plates, provided that the alternatives are issued by the Department of Motor Vehicles (DMV). That alternative? Stick-on license plates.

“These plates produced by License Plate Wrap (LPW) are now starting to make rounds on cyberspace. As Jalopnik reports, the pilot program for these sticker plates already ended in early 2021 but has now been extended to 2023. And unlike before when only 28 vehicles used LPW’s wraps, the plates are now available to the public.

“The State-approved wraps cost $85 per piece and come in various official designs. As implied earlier, these can only be used to replace the front license plates. Spending about P4,500 for this may seem like a lot, but we bet there are a lot of people out there willing to shell out this much if it’ll help them keep their rides looking clean. Besides, it’s better than paying little for plates that don’t arrive at all, amirite?”

STORIES YOU MIGHT HAVE MISSED:
The Toyota Vios is now available for as low as P7,518 per month, Raize for P9,351 per month
The Toyota Raize hybrid, which does up to 28km/L, sounds like a good idea right about now

“Davao City motorists may soon be able to breathe a sigh of relief, as tunnel boring operations for the Davao City Bypass project—which is supposed to help reduce congestion and hasten travel times to nearby areas—has already begun.

“Once the whole project is finished, it will include not just the tunnel, but also a 7.9km four-lane road, three bridges, two underpasses, two overpasses, and four at-grade intersections. Construction workers are currently utilizing a concrete sprayer alongside a giant drill for excavation, with tunneling for both the project’s north and south portals taking place simultaneously.

“The hope is that the Davao City Bypass will improve travel times to and from Toril, Davao City, and JP Laurel, Panabo City, to a much more manageable 49 minutes. It currently takes an hour and 44 minutes to complete the journey.”

“In dire need of a new transport solution in Metro Manila? Check this out: Grab Philippines’ newest car-rental service, Rent by Grab.

“The company is rolling this new service out in partnership with Hertz PH. It aims to ‘provide a more accessible rental experience with a wide range of vehicles available to meet every car rental need.’

“Rent by Grab can be accessed through the Grab mobile app. Booking services are available 24/7, but service hours are only from 8am to 6pm.  The rental service can be booked from Makati, Pasay, Pasig, Mandaluyong, BGC, and Taguig only, and drop-offs can only be set within Metro Manila.

“Sedans for up to three, MPVs for up to six, and vans for up to 14 passengers are available. Rental durations include four, eight, and 12 hours. At the moment, Grab is only accepting cashless payments for this service. Indicated fares in the app only cover the vehicle rental, driver, and fuel. Other fees such as toll and parking are not included.” 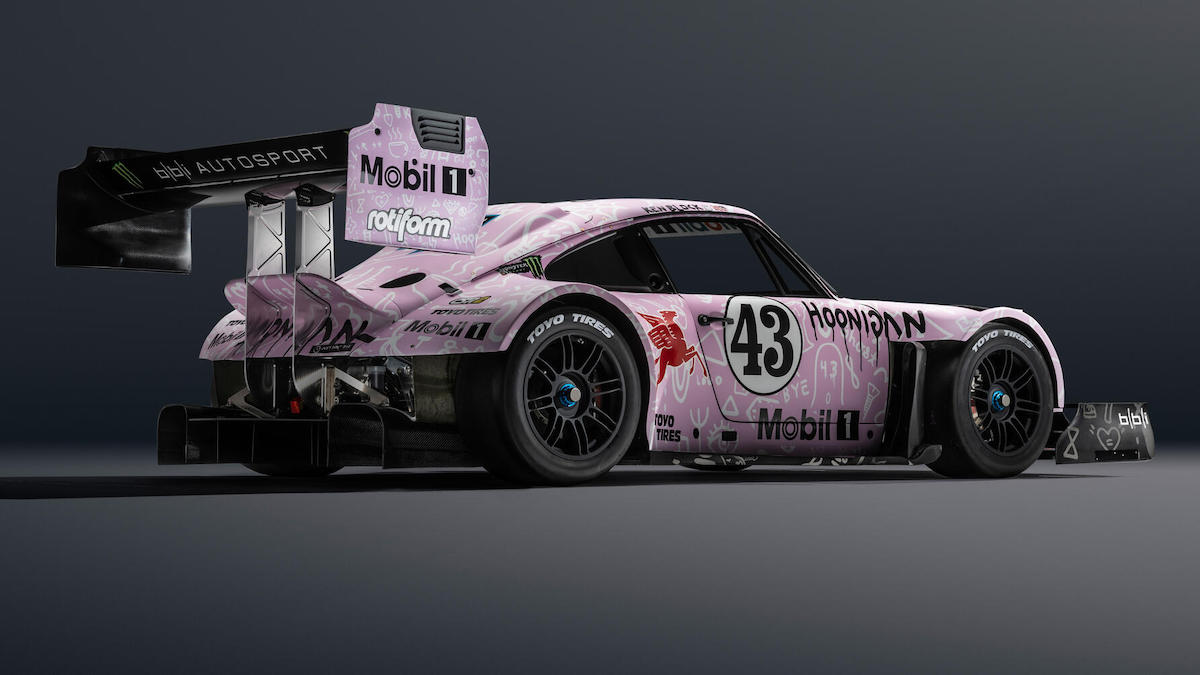 One look at the ‘Hoonipigasus’ and you already know it’s a Ken Block car
View other articles about:
Recommended Videos
Read the Story →
This article originally appeared on Topgear.com. Minor edits have been made by the TopGear.com.ph editors.
Share:
Retake this Poll
Quiz Results
Share:
Take this Quiz Again
TGP Rating:
/20