It’s all about beating the traffic in Metro Manila
by TopGear.com.ph | Sep 8, 2019

“The traffic in Metro Manila is awful, and it seems as if new solutions to change that are being proposed almost every day. A lot of these ideas revolve around regulating the use of private cars. For one senator, though, the immediate solution isn’t to address the number of cars, but rather fixing the railway system. Senator Sonny Angara, the chairman of the Senate Committee on Finance, proposes that the first step that needs to be taken is to expand and rehabilitate the railway network.

“The senator wants to fix what he calls the ‘the tyranny of the automobile’ by giving the public better public transport options. However, he notes that commuters should be optimistic about existing railway projects, including: the upcoming Metro Manila subway, the MRT-3 rehabilitation, the LRT-1 extension, and the high-speed rail that’s in the pipeline which will connect Manila to Batangas and Sorsogon.”

A point-to-point bus going back and forth between Parañaque and Baguio City has been opened.

“These P2Ps ply a route going back and forth between the Parañaque Integrated Terminal Exchange (PITX) in Parañaque and Governor Pack Road in Baguio City. Its operator claims that it’s the ‘First and only Baguio–Manila P2P.’ Travel time via these buses is estimated to take five to six hours, and fare is set at P500 per head for a one-way trip. First trips leave at 2am and last trips at 11pm, and buses are scheduled to depart every hour.

“Aside from the fact that the trips have no stopovers to make for a faster journey, an on-board comfort room is also available. A food tray and a USB charging port are at the disposal of each passenger, too. Trips can be booked ahead of time, either online or at PITX. Tickets can also be purchased in the following locations: JAC Liner Terminals in Buendia and Kamias, LLI Terminal in Lucena, and Pangasinan Solid North Terminal in Cubao.”

“We know a lot of our readers weren’t quite fond of the proposed ‘car-brand coding’ scheme that surfaced last week—it only takes a quick browse through our Facebook page to see that. But then again, we still took the chance and had a quick chat with the person behind this proposal himself: Ariston Gorospe.

“As mentioned in our previous story, the Metropolitan Manila Development Authority (MMDA) had sent an invite for a meeting with Gorospe earlier today. In our brief interview with him, we learned that Gorospe is also suggesting that his proposed coding scheme be implemented not just on EDSA, but on a national level. ‘National Capital Region muna, then we go (on a national scale). Kasi affected na rin ang Cebu, at ang Baguio, Cavite, at Pampanga, hindi ba?’ he said.”

DILG expresses appreciation of the current progress of the road-clearing operations so far.

“In a recent statement, agency secretary Eduardo Año expressed his appreciation for the recent efforts of the local government units (LGUs) in the metro to comply with the national government’s directives and help clear the city streets.

“‘As of today, a total of 139,959 meters of roads and 52,831 meters of sidewalk in Metro Manila have been reportedly cleared of obstructions and illegal structures. Our operations further resulted [in] 1,444 illegal vendors, 49 terminals (tricycle, jeepney, pedicab, etc.), 1,292 illegally parked vehicles, and 813 obstructions (booth, monoblocks, etc.) displaced from our roads. Further, a sizeable portion of all LGUs nationwide or 43.3% have reported conducting road-clearing operations in their localities,’ said Año.”

“In case you haven’t heard of the Cavite Laguna Expressway (CALAX)—that’s okay, it’s really far south, we understand—then let us give you a bit of context on this project. This expressway is a four-lane, 45-kilometer tolled access road that will serve as the connecting thoroughfare between Kawit, Cavite and the South Luzon Expressway (SLEX). As we mentioned in our previous story, the eight interchanges along CALAX will be built in the following locations: Kawit, Daang Hari, Governor’s Drive, Aguinaldo Highway, Silang East, Santa Rosa–Tagaytay Road, Laguna Boulevard, and Laguna Technopark. There will also be a toll barrier that will be built right before the SLEX entry point.

“During an ocular inspection with Metro Pacific Tollways Corporation (MPTC)—subsidiary of MP Cala Holdings, Inc.—and the Department of Public Works and Highways (DPWH), we were able to see the ongoing construction firsthand. DPWH secretary Mark Villar told us that the agency is looking to open the first segment of CALAX to the public this coming October. The first 10-kilometer stretch will span from the Mamplasan toll barrier all the way up to the interchange in Silang East, Cavite.” 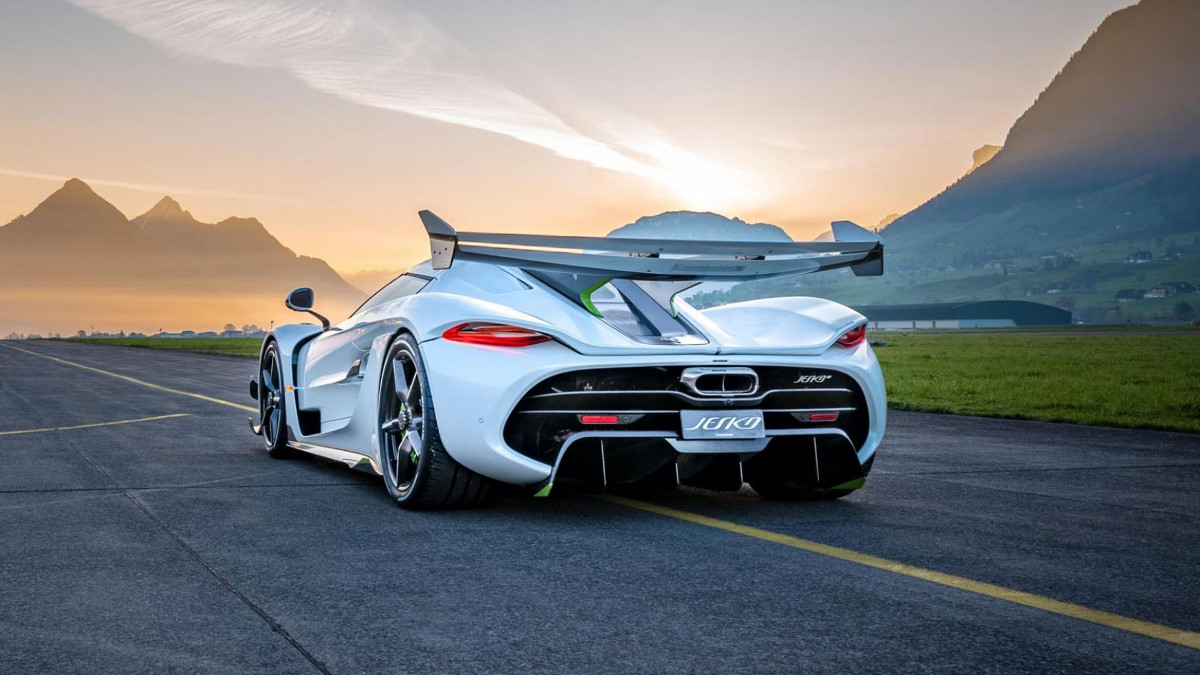 Koenigsegg congratulates Bugatti on 300mph run, but...
View other articles about:
Read the Story →
This article originally appeared on Topgear.com. Minor edits have been made by the TopGear.com.ph editors.
Share:
Retake this Poll
Quiz Results
Share:
Take this Quiz Again
TGP Rating:
/20