The Toll Regulatory Board (TRB) recently revealed that it is currently studying a new three-strike policy to penalize RFID users who try to pass through tollways with insufficient balances in their Autosweep or Easytrip accounts.

Under this new system, motorists will be given a simple reminder on their first offense, a stern warning on the second offense, and a traffic violation ticket on the third. As of this writing, the new policy is still in the works, but it looks like tollway operators are preparing for possible implementation in the near future.

San Miguel Corporation (SMC), for example, has just announced that it will comply with the new three-strike policy if and when the TRB decides to roll it out. In fact, SMC president and COO Ramon S. Ang mentioned in a statement that the RFID system in place on SMC-operated tollways is already capable of monitoring repeat offenders.

Likewise, SMC is reminding all motorists that they can reload their Autosweep accounts at toll plazas or through online systems such as GCash, PayMaya, and several banking apps. Over-the-counter reloading is also available at retail outlets and convenience stores like Robinsons Supermarkets, Petron Treats, and 7-Eleven.

“With all these efforts, I hope our motorists will find it much easier to comply with government mandate and shift to the much safer and faster system of electronic toll collection,” Ang said. “We will continue to work to make necessary adjustments and improvements to support government initiatives and ensure that motorists will have better, safer journeys on our expressways.”

We don’t know how smooth (or chaotic) things will go with this new policy, but the TRB did say that it will be having a proper information campaign prior to the official implementation. What’s your take on the possible three-strike policy for RFID users? 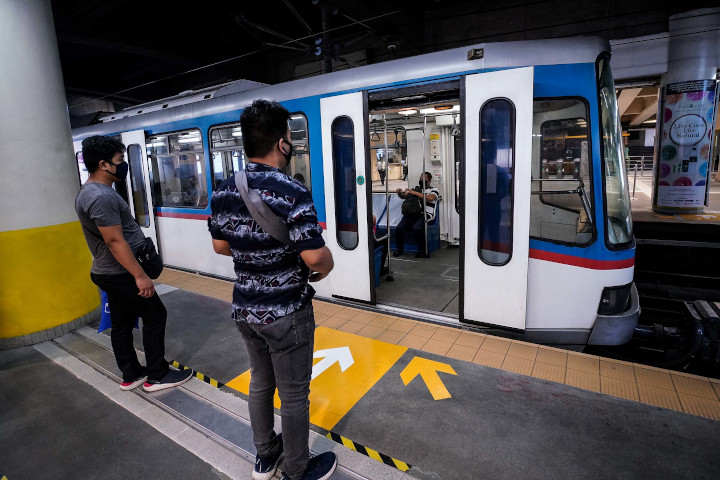 No, an MRT-3 employee was not diagnosed with the UK variant of COVID-19
View other articles about:
Recommended Videos
Read the Story →
This article originally appeared on Topgear.com. Minor edits have been made by the TopGear.com.ph editors.
Share:
Retake this Poll
Quiz Results
Share:
Take this Quiz Again
TGP Rating:
/20