Some motorists around Metro Manila are fortunate enough to have legal street parking spaces in their respective areas. What’s unfortunate about it is that some people still tend to abuse that privilege.

Take this guy, for example. During another one of the Metropolitan Manila Development Authority’s (MMDA) ops in Quezon City, traffic enforcers came across an SUV parked in between ‘no parking’ signs. It wasn’t the usual illegal parking case, though, as the vehicle was in a crossed-out slot adjacent to other yellow boxes.

OTHER STORIES YOU MIGHT HAVE MISSED:
Owner of busway-trespassing Ferrari won’t be allowed to drive... for now
Should the LTO put up more drive-thru registration renewal centers?

The barangay painted these yellow boxes to mark supposedly legal parking spots on public roads. So what’s with the odd one out? Well, the MMDA personnel found out that a certain resident living nearby was the one who placed the signs and painted an X mark on the box to reserve his spot.

It’s not clear enough in the photos, but these DIY signage were also said to be marked with the name of a public official and the Quezon City badge. The owner of the photos and the footage also pointed out that a specific ordinance in QC prohibits reserving street parking slots.

That technically means the vehicle in the photo was in a legal parking space, right? Frankly, we’re not really sure, but the MMDA went ahead and towed the vehicle anyway, and the driver surprisingly cooperated. We hope that teaches him—and you guys, of course—a lesson. It helps to be clever if it’s just to make our lives easier, but it should never be at the expense of others.

“The driver cooperated and the vehicle was towed.

“This road has a lot of yellow boxes, which the Barangay confirmed they had painted for a one-side parking scheme.”

“But as you can see, the vehicle shown in this video is parked between two ‘no parking’ signs, and the yellow box has a cross inside it.

“According to enforcers, the residents came out upon seeing the vehicle being towed, and said they were the ones who painted the cross and placed the signs—to prevent other people from parking there.

“Quezon City actually has a specific ordinance which prohibits reserving parking spaces on public roads and it is generally understood that one-side parking ordinances are on a ‘first come, first served’ basis.” 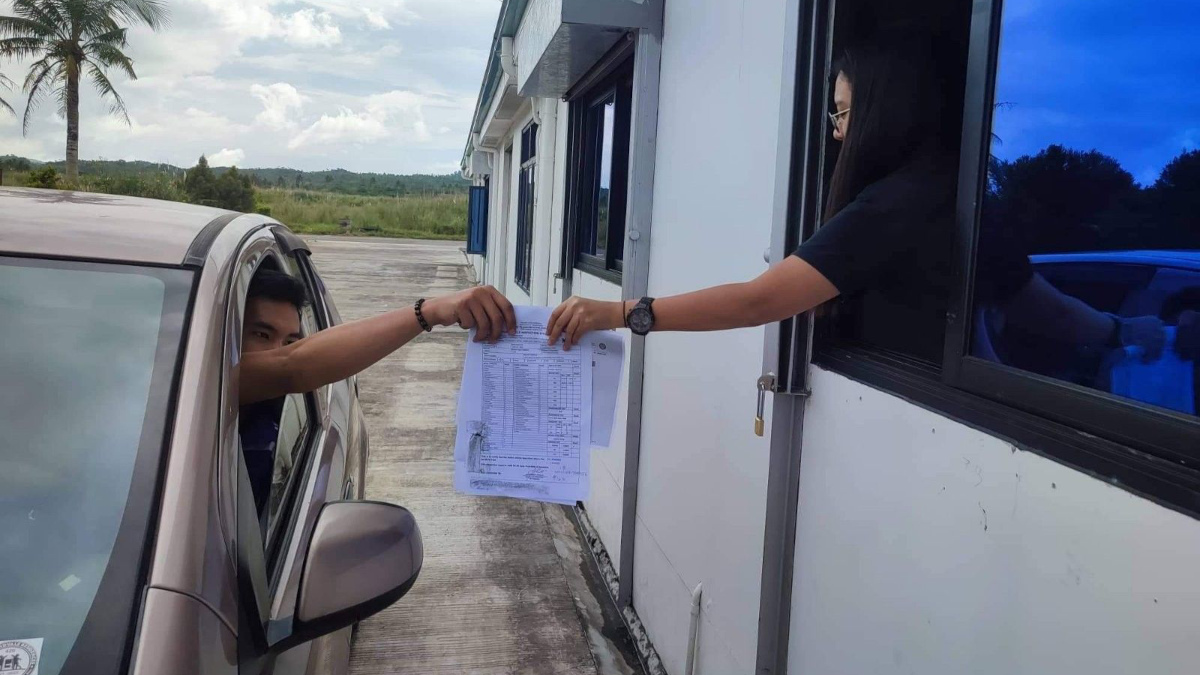 Should the LTO put up more drive-thru registration renewal centers?
View other articles about:
Recommended Videos
Read the Story →
This article originally appeared on Topgear.com. Minor edits have been made by the TopGear.com.ph editors.
Share:
Retake this Poll
Quiz Results
Share:
Take this Quiz Again
TGP Rating:
/20