The return of face-to-face (F2F) classes is right around the corner. As such, students are starting to move in (or back) to Metro Manila as they prepare to go back to school.

We’re sure a huge percentage of these students will be first-timers in Metro Manila, so we reckon now’s a good time to put out a guide on public transportation. For this article, we’re going through the three major railway networks in the capital: the LRT-1, LRT-2, and MRT-3.

The Light Rail Transit Line 1 or the LRT-1 is the network that runs through parts of Pasay City, Manila City, and Valenzuela, with one end located on the northern side of Quezon City. A southbound extension that will see the LRT-1 line reach Cavite is currently in the works.

The LRT-2, meanwhile, runs almost perpendicular to the LRT-1 and MRT-3 lines and covers a portion of Manila City and Quezon City. A new eastbound segment that extends the LRT-2 line all the way to Marikina and Antipolo has since been opened.

Last but definitely not least is the MRT-3 line, arguably one of the busiest train lines within Metro Manila. It traverses the entirety of EDSA from Taft Avenue in Pasay City all the way to North Avenue in Quezon City. It passes through major business districts like Makati, Mandaluyong, and Ortigas.

OTHER STORIES YOU MIGHT HAVE MISSED:
Everything you need to know about the proposed Magna Carta for Commuters
Bill setting fixed salaries and benefits for PUV drivers filed in Senate

Where are the train stations located? 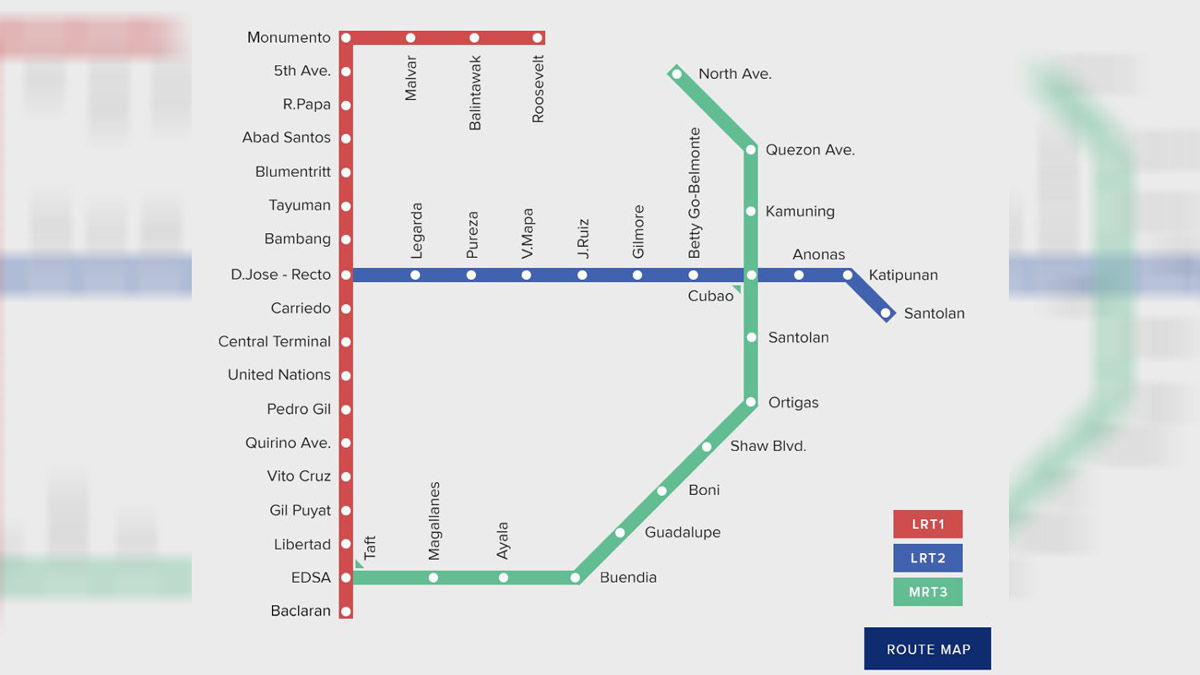 How do you transfer from one train line to the other?

OTHER STORIES YOU MIGHT HAVE MISSED:
Proposed Magna Carta for Commuters to require safe, sufficient public transport services
Why Filipinos should stop settling for the sad state of PH public transportation

How much do the fares cost?

Instead of just trying to list them down one by one, you can just check out the fare matrices below. Take note that opting to use Beep cards—the official stored-value card used on all three rail lines—will entail fare discounts. 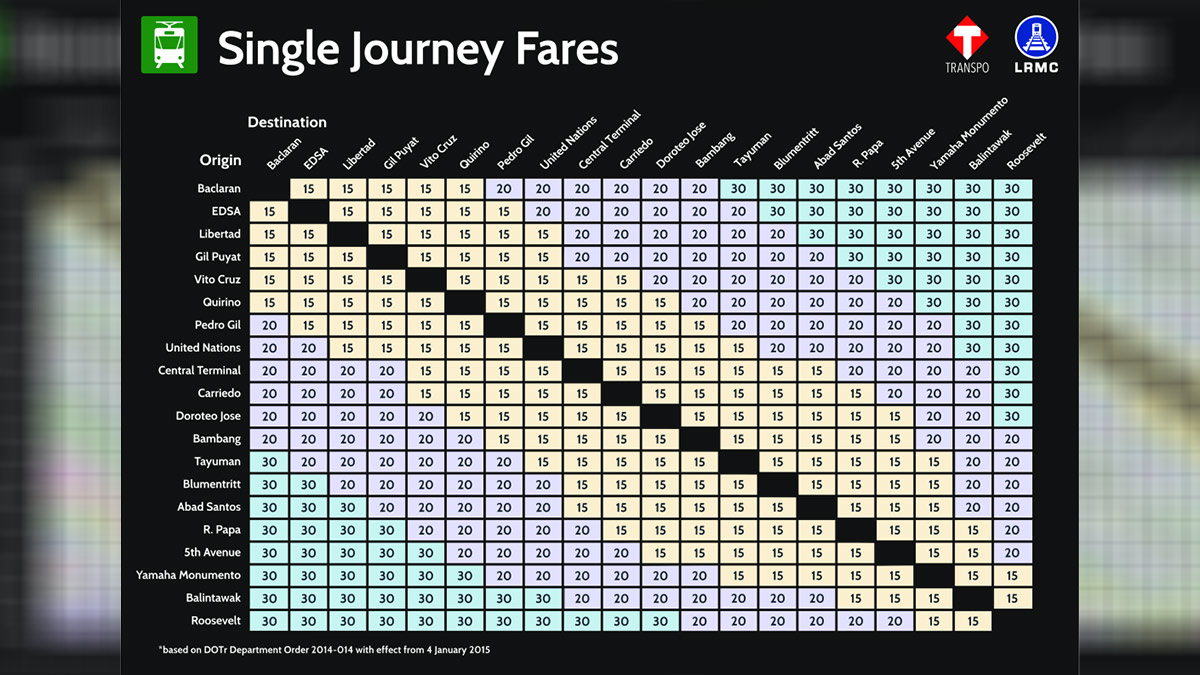 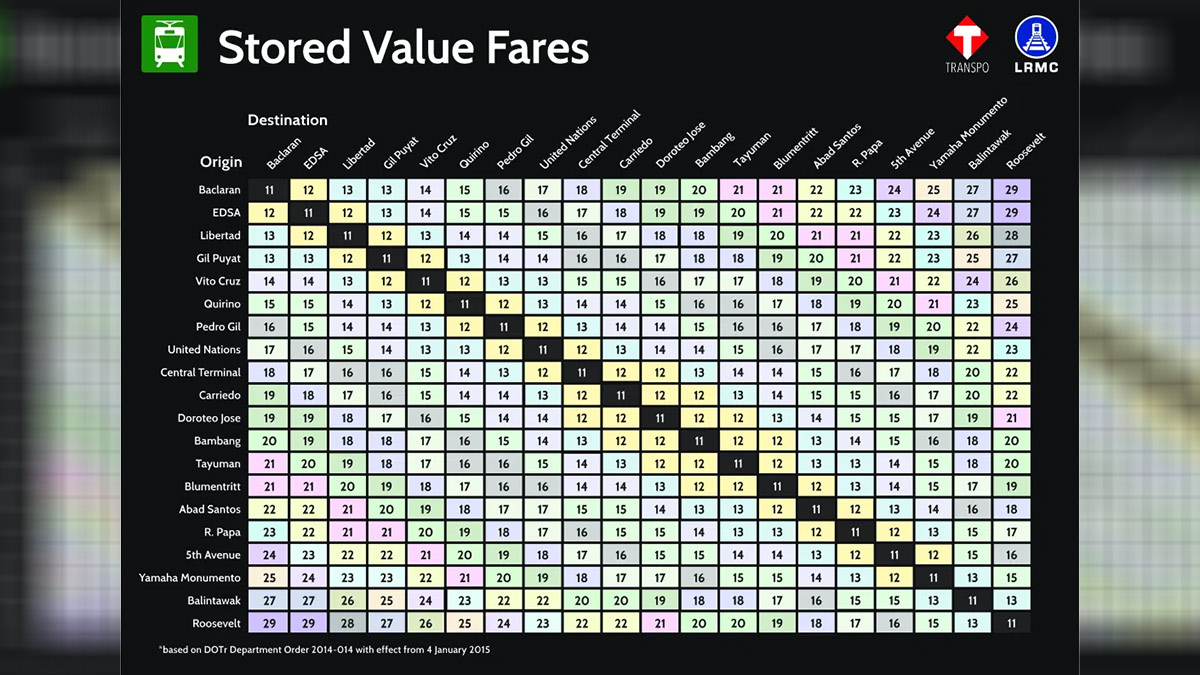 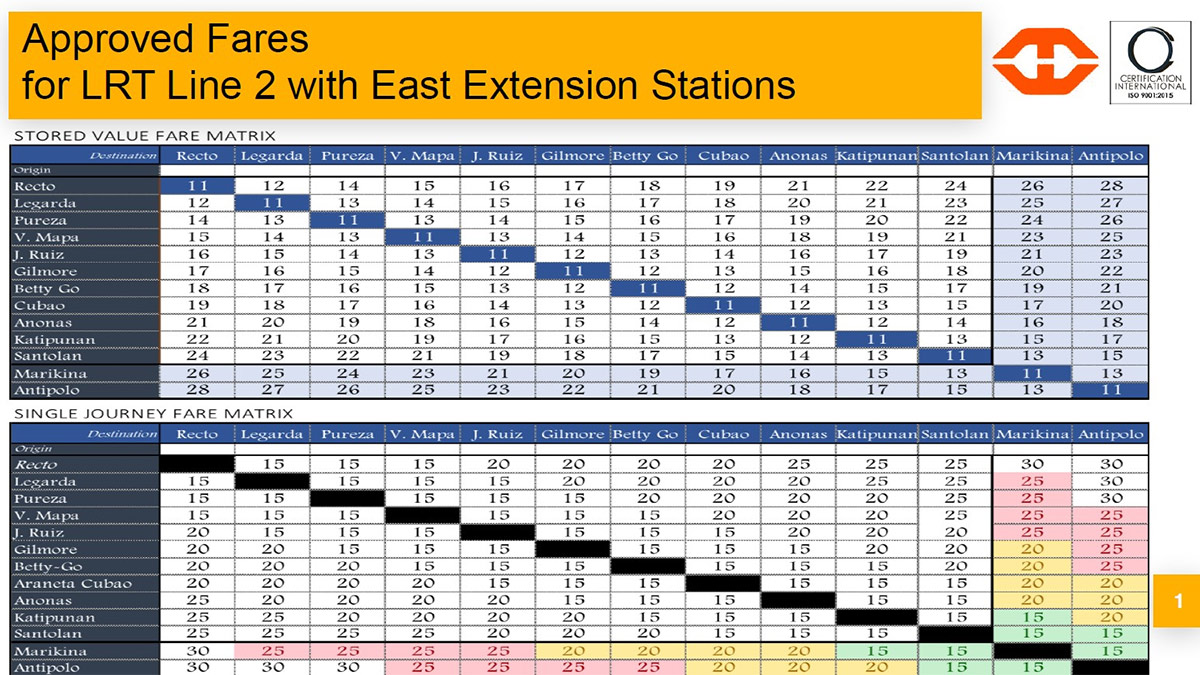 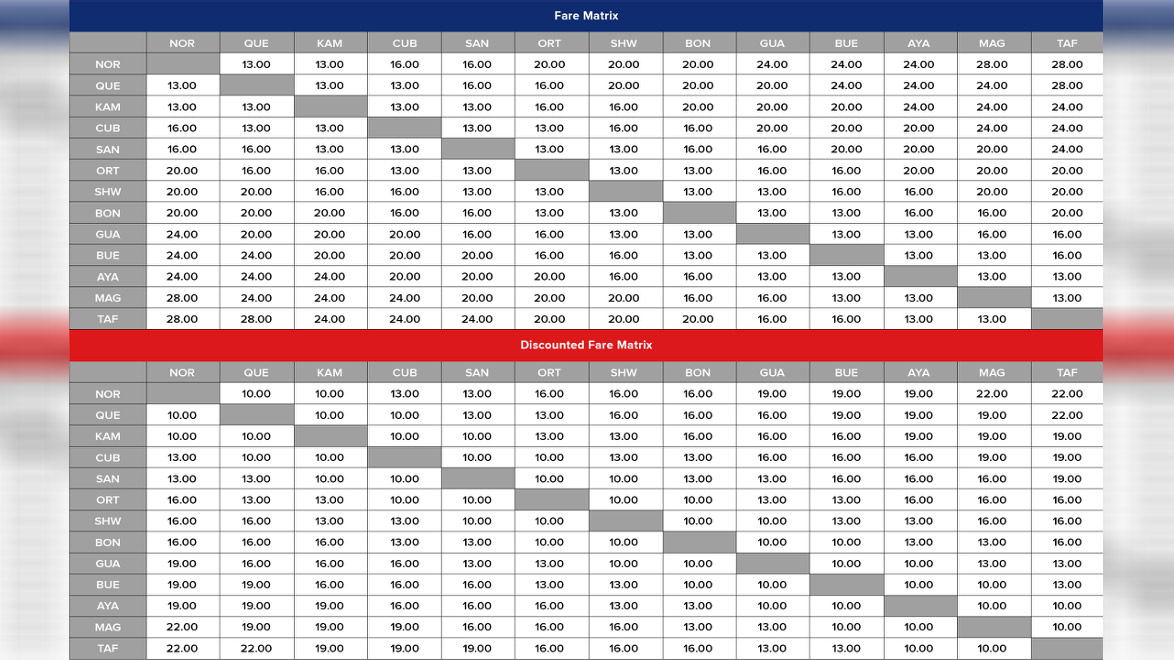 Are there any discounts and perks students can avail of?

According to Republic Act No. 11314 or the Student Fare Discount Law, students are entitled to a 20% discount on all domestic regular fares upon presentation of their school IDs or current validated enrollment documents supported by the prescribed government-issued identification document. This discount is available on all three train lines.

Take note, however, that the discount privilege does not apply to post-graduate students as well as those enrolled in short-term informal courses. Students may only avail of the discount during the period in which they are enrolled.

In addition to these discounts, LRTA will also be rolling out free LRT-2 rides for all students for the first semester of this new school year. The free rides will be available from August 22 to November 5, 2022.

What are the operating hours of each train line?

The operating hours vary from one line to another. It’s crucial that you know this, especially if you often commute early in the morning, and even more so if you ride the train late at night. This will allow you to plan your trips accordingly and avoid hassles such as missing the last trip.

NOTE: These operating hours were last updated on August 15, 2022. 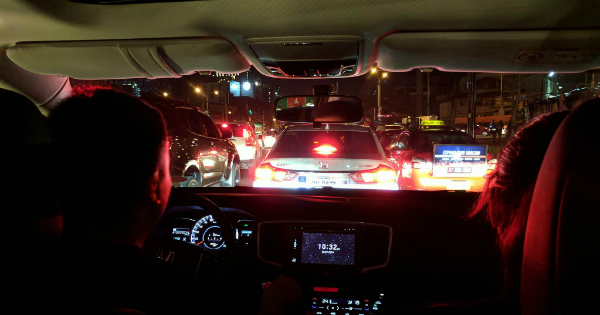 Report: Proposed bill wants to put cap on the cost of traffic violation penalties
View other articles about:
Recommended Videos
Read the Story →
This article originally appeared on Topgear.com. Minor edits have been made by the TopGear.com.ph editors.
Share:
Retake this Poll
Quiz Results
Share:
Take this Quiz Again
TGP Rating:
/20