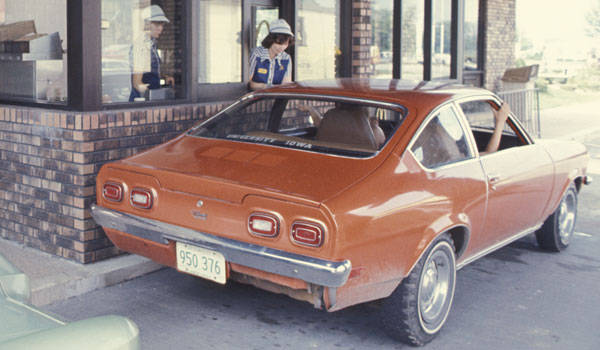 Obese people are already at risk from various health issues like heart disease, diabetes, hypertension and stroke among other related diseases. Now, it seems you could add "severe auto accident" to the list of causes that an obese person could die from based on a medical study.

Conducted by Dr. Dietrich Jehle, a professor of emergency medicine at the University at Buffalo School of Medicine and Biomedical Sciences and at Erie County Medical Center, the study shows that "in a severe motor vehicle crash, a moderately obese driver faces a 21-percent increased risk of death, while the morbidly obese face a 56-percent increased risk of not surviving."

"The severity and patterns of crash injuries depend on a complex interaction of biomechanical factors, including deceleration velocity at impact, seatbelt and airbag use, vehicle type and weight, and type of impact," said Jehle. "But the effect of body mass on crash outcome has not been previously evaluated in databases of adequate size or controlled for some of these confounding factors. Crash-test dummies have saved lives and provided invaluable data on how human bodies react to crashes, but they are designed to represent normal-weight individuals. If they represented our overweight American society, there could be further improvements in vehicle design that could decrease mortality."

To investigate the relationship between the driver's body size and the risk of crash-related fatality, Jehle and his colleagues analyzed the data in the United States' Fatality Analysis Reporting System database (FARS).

To be included in the FARS database, a crash must involve "a vehicle traveling on a roadway customarily open to the public and must result in the death of an occupant of a vehicle or a non-motorist." From the 168,049 drivers in severe motor-vehicle crashes entered in the database, 155,584 met the criteria for inclusion in the analysis.

Drivers were then grouped based on their body mass index--which is the weight in kilograms divided by height in meters squared--into underweight, normal, overweight, slightly obese, moderately obese and morbidly obese categories.

Severe crashes between 2000 and 2005 that involved one or two vehicles were then used in the analysis, while fatalities considered related to the crash that occurred within 30 days of the crash like those resulting from surgery were also included.

"The rate of obesity is continuing to rise, so it is imperative that car designs are modified to protect the obese population, and that crash tests are done using a full range of dummy sizes," Jehle added in his report.

Hyundai provides US models with brake-pedal throttle override
View other articles about:
Recommended Videos
Read the Story →
This article originally appeared on Topgear.com. Minor edits have been made by the TopGear.com.ph editors.
Share:
Retake this Poll
Quiz Results
Share:
Take this Quiz Again
TGP Rating:
/20