And three other diesel models
by Vernon B. Sarne | Apr 19, 2012
CAR BRANDS IN THIS ARTICLE 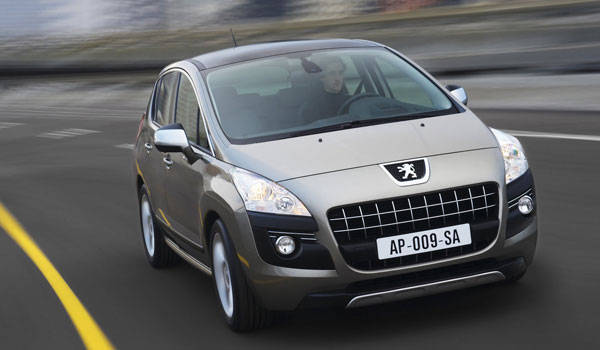 Looks like Peugeot's newly appointed distributor in the Philippines, Eurobrands Distributor, is serious about making an immediate impact on the local market when it officially launches four models in July. According to the company's marketing and PR director, Dong Magsajo, all four models will be diesel-powered.

One of those models will be the 3008 five-door crossover. To keep you on the edge of your seat, our former columnist requested that we do not reveal yet the identity of the three other vehicles. Let's just say the other three are a sedan, an MPV and a coupe.

"We view Peugeot's absence from the Philippine market as a great opportunity," Magsajo said. "Though previous owners might feel abandoned, we look forward to welcoming them back. More importantly, we at Eurobrands Distributor are excited to introduce to both previous and potential Peugeot owners a whole new line of products that will prove just how much the brand has grown. This is not the Peugeot of five years ago. It's a much better brand with a great line of fantastic new products."

Now that you know the 3008 is coming, can you guess the three other Peugeot models to be launched here? Also, take the poll below and pick the Peugeot car you'd most like to see on our roads. Who knows? You just might get your wish.