Rain or shine, the fun doesn't stop at the Vios Racing Festival
by Joey Bernardez | Sep 5, 2019
CAR BRANDS IN THIS ARTICLE

We just finished the third leg of the Toyota Vios Racing Festival over the weekend. Two days of circuit racing and autocross at the Clark International Speedway in the rain!

Since rainy season is at its peak, wet-weather racing was inevitable. There had been rumors that the third leg of the Vios Racing Festival might not proceed since there was a storm expected to hit around the time of the event. But we were lucky enough that on the morning of August 30th, the weather cooperated, so fellow Top Gear PH contributor Raymond Figuerres and I proceeded to head out to Angeles City in his Mk7 VW GTI. This also gave us the opportunity to try out a tuning box he recently installed; it gave the car 20% more power, taking it up to around 270hp. Perhaps we can get him to do a review about it one day. 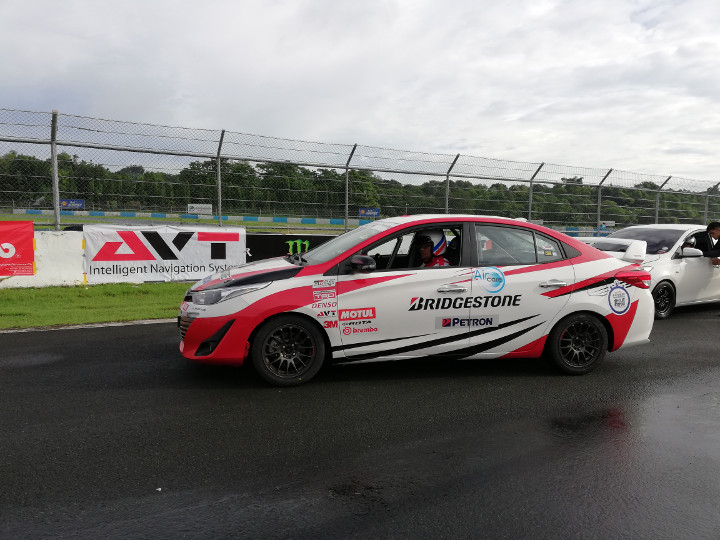 August 30th, day one of the festival, was practice day for all the racers in all the races. Raymond and I were participating in the autocross category using Vios Cup cars provided by Toyota. There were about 27 of us motoring journalists and four influencers participating in this category. We all had limited time to practice because the autocross course was set up on a portion of the track that was also used for the circuit racing. The course was laid out with cones, and each participant’s run was timed.

We had a new girl participating with us in the ‘Social Media Personality’ class this time around—a pretty young actress by the name of Arianne Bautista who appears in soap operas in one of the major networks. Interestingly, she was able to negotiate the course competitively. We spoke with her a bit and asked how she can drive so well. Arianne confessed that she’s a car nut and her first car had absolutely no power-assisted controls; everything was manual, which taught her how to drive well. She said she loves driving and considers it an absolute necessity to be able to find her way around the city. Moreover, before the advent of Waze, she even went to the extent of riding public transportation to find new, better, and shorter routes to her destinations within the city.

An even more fascinating story about Arianne is that she’s very familiar with Toyota’s Vios Cup race series because she participated as one of the race queens during the first years of the event. Considering the competitiveness with which we saw Arianne participate in this leg of the autocross category, we have no doubt that she will do well and ascend within the ranks of the influencers and celebrities in this race series.

We got to practice on a dry course and a wet course as it was intermittently raining over the weekend. Racing on a wet tarmac is very different: Tire grip is drastically reduced, and steering, braking, and shift points are altered. The tires mounted on our race cars were Bridgestone Potenza Adrenalin RE003s, and they handled the wet surfaces very well. We couldn’t have asked for better tires.

The durability and robustness of these Vios cars are amazing. Over 30 drivers with varying skill levels competitively beating on four cars over two days, and the cars took all that punishment like it was nothing. Of course, some of them did develop issues, but nothing serious enough to prevent them from running. 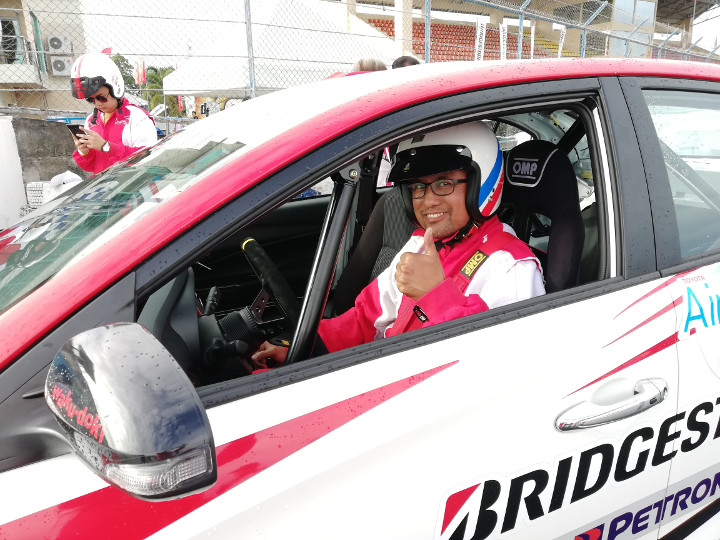 Day two of the festival was race day, and it was a wet rainy day so we had to be more careful on the course. Luckily, there were no incidents despite the competitiveness of the participants. In the Circuit Racing category, they had a couple of accidents: During Race 5, Troy Montero collided with John Dizon immediately after crossing the finish line, while Chie Filomeno slid and crashed into a wall.

All drivers involved were immediately brought to the hospital, where they were given clearance to attend the awarding ceremonies. The cars and the drivers were fully decked out in safety equipment as required by FIA race standards, so the drivers were well-protected during incidents—another testament to the professional and world-class quality of racing that Toyota Motor Philippines organizes and presents year after year.

The racing was very exciting and the grandstand was nearly filled with spectators watching the events despite the rain, and the awarding ceremony was a fun event as always. The next and last leg of the 2019 Vios Racing Festival will be held on November 8-9, so check it out—and perhaps you can even participate. Even just being a spectator is fun! 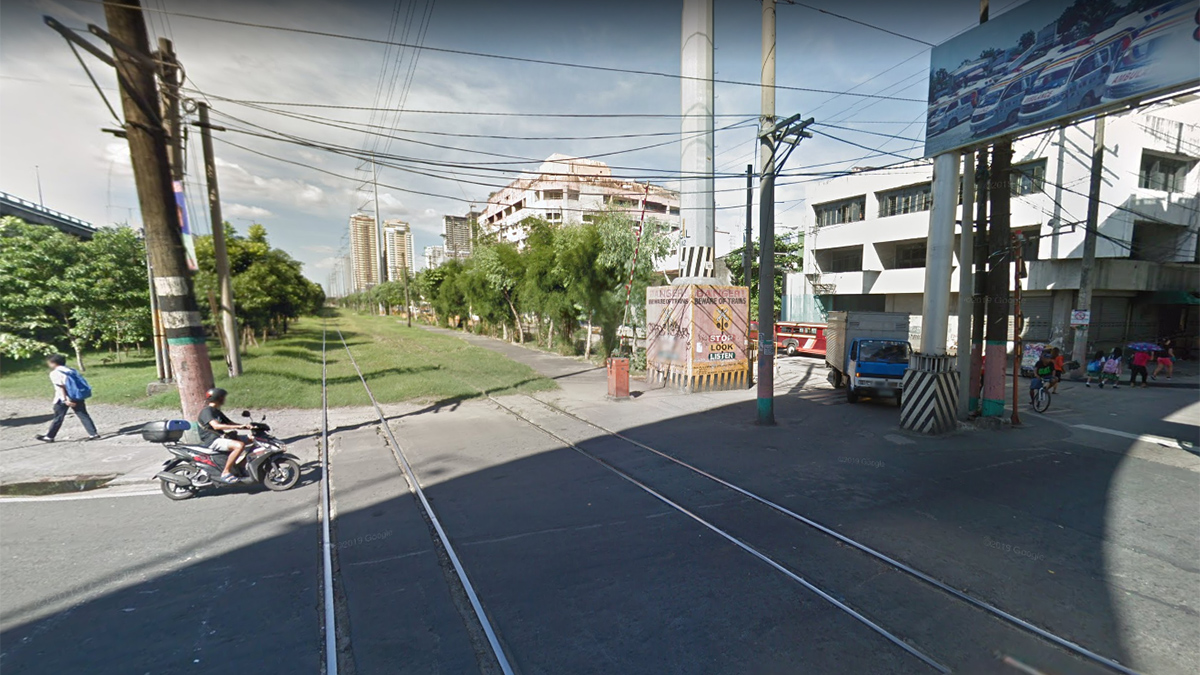 LTO to crack down on drivers who don’t stop at railroad crossings
View other articles about:
Read the Story →
This article originally appeared on Topgear.com. Minor edits have been made by the TopGear.com.ph editors.
Share:
Retake this Poll
Quiz Results
Share:
Take this Quiz Again
TGP Rating:
/20