Some of the contenders
by TopGear.com | Feb 22, 2018
CAR MODELS IN THIS ARTICLE 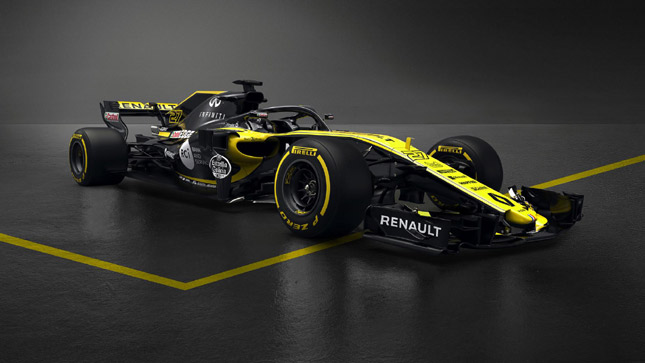 It's Renault's third chassis since they returned to F1 as a factory team, and is, we're told, a "progression and refinement" of the car we saw last year. Renault has worked on the suspension and downforce, along with reprofiling the engine cover as per the new regs.

Oh, and there's the protective halo: compulsory for each F1 car this year.

The turbo 1.6-liter Renault power unit has apparently "realized a very strong program" on the dyno to both better performance and reliability. This year, teams are allowed just three engines per driver, for the whole season.

Drivers for this year? Nico Hulkenberg and Carlos Sainz. 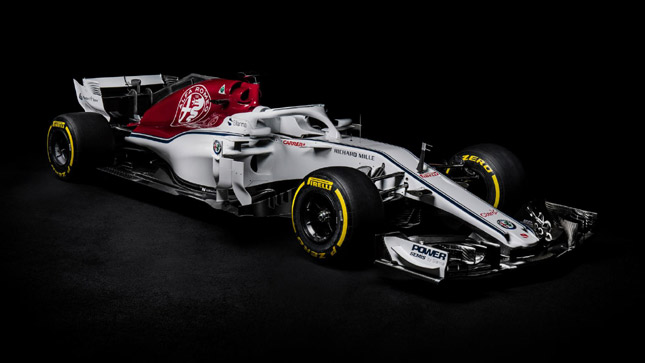 Heralding Alfa Romeo's return to Formula 1—at least in the capacity of backing Sauber—comes the 'C37.' It marks the return of the Quadrifoglio badge to an F1 car, here applied on the engine cover. Nice.

The C37 gets a Ferrari-powered chassis, and though much is carried over from last year, we're told this new one features "significantly" improved aero over last year's contender.

Alfa-Sauber's driver pairing for 2018 is Marcus Ericsson and Charles Leclerc. 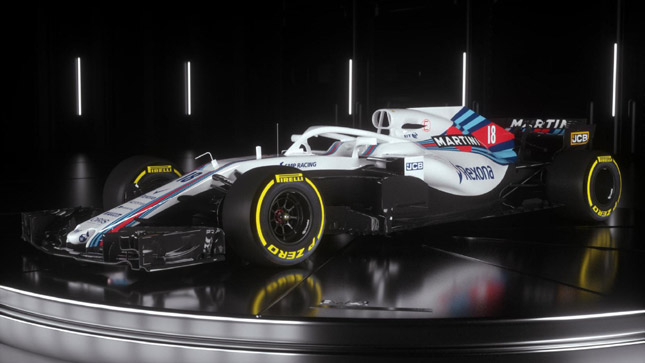 It's called the FW41, and though we're promised a raft of changes underneath, the most striking is the integration of the 'halo' safety device.

About those other changes. Paddy Lowe, Williams' chief technical officer, notes that externally, "the team has pursued a very different aerodynamic concept." This, in turn, has allowed for "significant progress" in aero performance. We'll find out next month how both the aero and that halo fare on track.

As per last season, the 2018 car will use a Mercedes power unit, tailoring the chassis and body of the new vehicle to make the most of the improved engine. 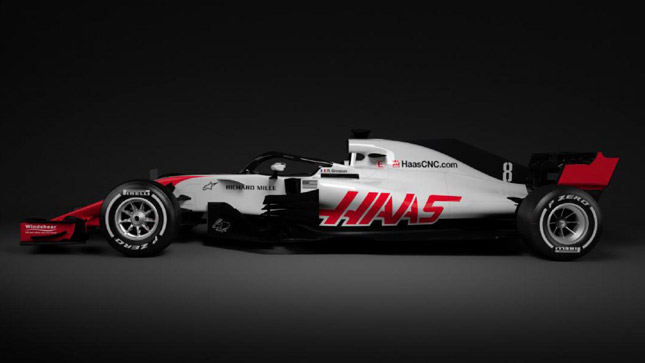 "We eliminated a lot of the variables where we knew we were weak," explained boss Gene Haas. "We've focused on what it's going to take to get our car to be consistent and close that gap to the top teams."

And, as with the others, the biggest change is to the aero, a result of installing the halo protection device. "It took quite a bit of study by the aerodynamicists, but the designers had to work hard to modify the chassis so the halo could survive the mandated loads," Haas added.

As such, it's heavier, and there's a higher center of gravity than last year, but "everyone is in the same boat."

Haas's VF-18 gets a Ferrari engine, with Romain Grosjean and Kevin Magnussen as the driver line-up. 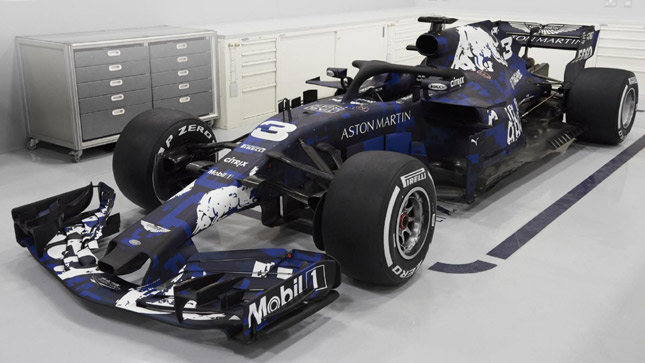 Paint job first. It's not the final race livery you'll see on F1 weekends, merely one it'll wear for a shakedown at Silverstone. Daniel Ricciardo is the man putting the Renault-engined chassis through its paces.

Second up, the halo. We saw it first with the Haas and Williams F1 racers, now we see it here. "2018 has a bigger degree of change than most years with the introduction of the Halo and the new exclusion zones on the rear of the car that effectively remove shark fins, monkey seats and T-wings," said Red Bull. "Installing the Halo has been a challenge—mostly in terms of building a chassis strong enough to accommodate it and pass a brutal homologation test."

The aforementioned Ricciardo will be joined by Max Verstappen on driving duties. 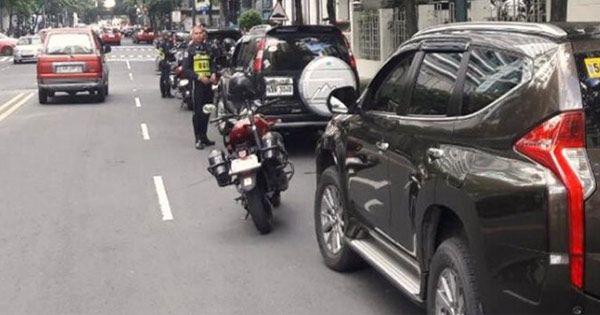 Be warned: BGC is set to begin wheel-clamping operations
View other articles about:
Read the Story →
This article originally appeared on Topgear.com. Minor edits have been made by the TopGear.com.ph editors.
Share:
Retake this Poll
Quiz Results
Share:
Take this Quiz Again
TGP Rating:
/20