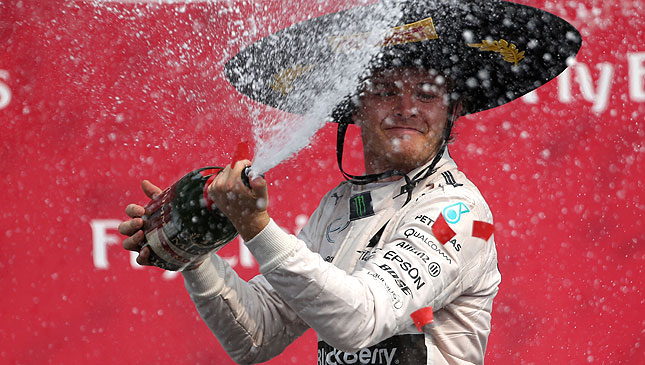 It has been over two decades since the last Mexican Grand Prix was held at the historic Hermanos Rodriguez Autodrome. While the infamous near-300kph Peraltada--now called the Mansell Corner--has been neutered in the name of safety, the bumpy, slippery surface posed quite a challenge for the drivers. Beyond that, the high altitude meant less downforce and speeds in excess of 360kph down the long main straight.

While rain threatened, qualifying turned out to be cold but dry. Mercedes drivers Lewis Hamilton and Nico Rosberg traded fastest laps early on, but as the temperature dropped and the grip went south, Nico eventually came out on top. Ferrari ace Sebastian Vettel was best of the rest. The two Red Bulls followed, with Daniil Kyvat pipping Daniel Ricciardo by a mere thousandth of a second!

Kimi Raikkonen's Ferrari, meanwhile, bowed out with brake issues, and an engine change penalty would see him on the last row of the grid, alongside McLaren Honda's Jenson Button, who was serving an incredible 70-place grid penalty for a variety of reasons.

On race day, Nico managed a clean start ahead of Lewis, while Vettel collected a puncture after cutting across Ricciardo's nose at the very first turn. He was followed to the pits by McLaren's Fernando Alonso, retiring with mechanical problems on the very first lap. Vettel's woes continued with a spin on Lap 17, while Kimi eventually bootstrapped himself into sixth ahead of Williams driver Valtteri Bottas, who'd made an uncommonly early pit stop on the ninth lap for medium tires.

On Lap 22, the two collided, as Bottas attempted a move on the Flying Finn. While reminiscent of their Sochi clash, this one was completely on Kimi, who cut across Valtteri's nose at Turn 5. The Ferrari was left beached and broken on the side of the track, while Bottas soldiered on.

Up front, a round of pit stops saw Nico's lead over Lewis open up to three seconds. Further back, an intense fight was brewing between Force India's Sergio Perez and Toro Rosso's Carlos Sainz Jr. After a tough battle, Sainz ran completely off the track and was forced to concede position. As 'Checo' passed him at the Stadium section, the roar from the crowd was tremendous.

Vettel momentarily split the Mercs as they lapped him coming out of the pits, the only time he came close to the leaders all race long. A few laps later, a perplexing call from the Mercedes garage asked both drivers to make a late stop. Nico did so dutifully, but Hamilton hemmed and hawed before finally acceding to their demands.

Behind them was a Williams-Red Bull sandwich, with Bottas and Felipe Massa splitting Kyvat and Ricciardo. Massa eventually lost his position to Ricciardo, leaving Bottas to fend off both Red Bull drivers on 40-lap-old tires. Behind them, Perez passed Toro Rosso's Max Verstappen for eighth at the grandstands, inciting yet another incredible cheer from the crowd.

On Lap 52, Vettel's miserable day came to a screeching end, as his car slid into the wall, triggering a safety car. His voice over the team radio solemn and contrite, he stepped out of the car, cleaning up bits of broken wing before trudging back to the pits.

In the wake of the crash, Bottas and the Bulls dove into the pits. With the Bulls on cold soft tires and Bottas on mediums, the Williams pilot easily took third from Kyvat as the safety car came in. Up front, Lewis failed to make any further headway against Nico, who would emerge triumphant, with a fastest lap record set right at the checkered flag. Rounding out the podium was a delighted Bottas, followed by the Red Bulls, Massa in the other Williams, Force India's Nico Hulkenberg, hometown hero Perez and a hard-charging Verstappen. Mopping up the final points was Lotus' Romain Grosjean, ahead of teammate Pastor Maldonado, who miraculously managed not to crash all race.

After the Austin disaster, Rosberg was understandably ecstatic on the podium. A familiar face on the podium was former champion Nigel Mansell, the last man ever to win a race here. A welcome treat for the over 130,000 fans in attendance. While it wasn't the most thrilling race, the on-track clashes and the roaring crowd gave the Mexican GP a carnival-like atmosphere to rival Interlagos.

That's where the circus will be heading in two weeks for the Brazilian Grand Prix, before the season-ender in Abu Dhabi. While Hamilton has the drivers' crown all sealed up, it remains to be seen which German--Vettel or Rosberg--will claim that second-place trophy. Things will also be tense between Bottas and Raikkonen, fourth and fifth in the championship and separated by a mere three points.

With the tension among these four drivers, more fireworks are sure to come in these last two races.

Clippings from the Mexican Grand Prix

* Team radio talk: "Why?" Lewis Hamilton, arguing with his race engineer 'Bono', upon being told he needs to pit late in the race. The Mercedes team replied that the tires were "down to the canvas," but few people believe that. It's most likely they wished to avoid a situation akin to Vettel's retirement at Belgium.

* Celebrity moment: All eyes were on "Moneypenny" actress Naomie Harris in the Williams garage, there for the 007-Williams promotion, but Toro Rosso had more muscle in their garage, with the masked wrestler Mistico in their corner. But it was Force India that had the biggest star power here, with the famous actress-singer-songwriter Dulce Maria on their side, and the entire Mexican nation rallying behind Sergio “Checo” Perez. The roar from the crowd during his overtakes through the grandstands was immense.

* Did Pastor Maldonado crash? Nope. He speared off the track late in the race while chasing Lotus teammate Romain Grosjean for 10th place, but just managed to keep the car out of the barriers. It's not often that Pastor outlasts the entire Ferrari team, so a standing ovation may be in order.

* Top tweets: It's pretty obvious Mexican fans were excited about this race. How excited? This excited:

30 MINS TO GO Excitement is really building at @autodromohr This guy is staying as calm as he can #MexicoGP pic.twitter.com/17JY4qcdFq

There was also some talk about McLaren's ridiculous penalties:

Star of the race has to be @JensonButton. Finished 14th after starting 90th with his grid drop penalty #F1 pic.twitter.com/6DJcrotDK1

* Quote of the race: "Sorry, guys. I did a shit job today." Sebastian Vettel doesn't mince words about his dismal performance, which can't help his chances at that second-place finish in the drivers' championship. 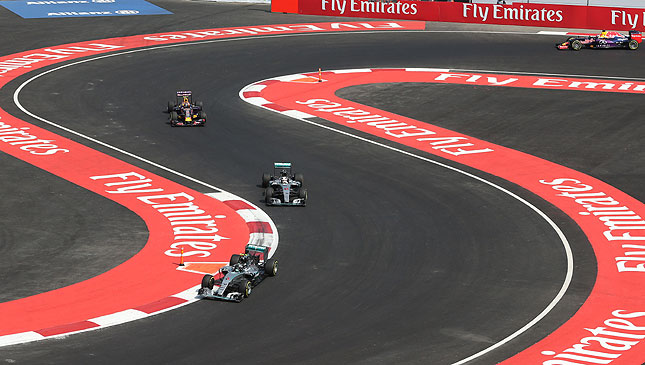 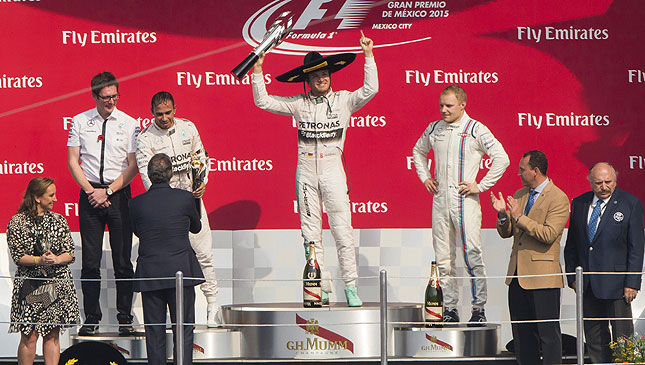 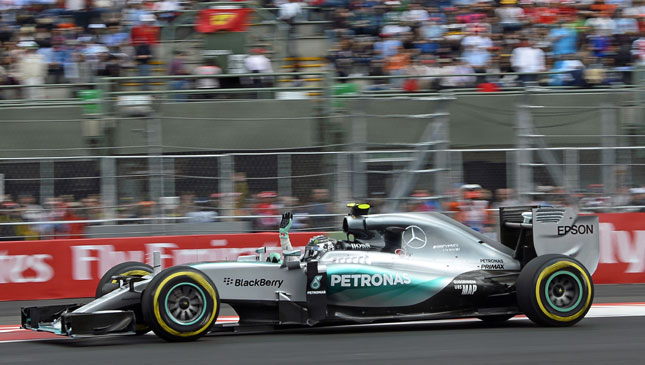 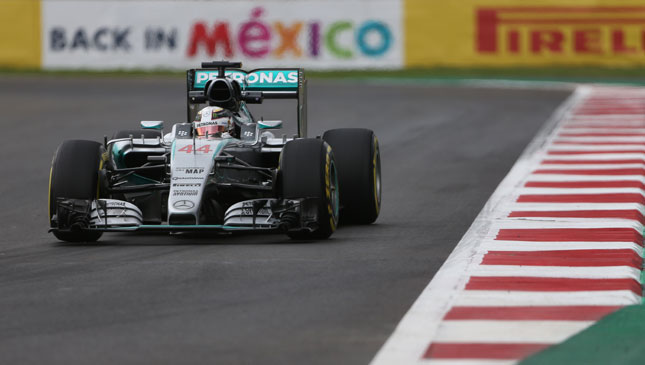 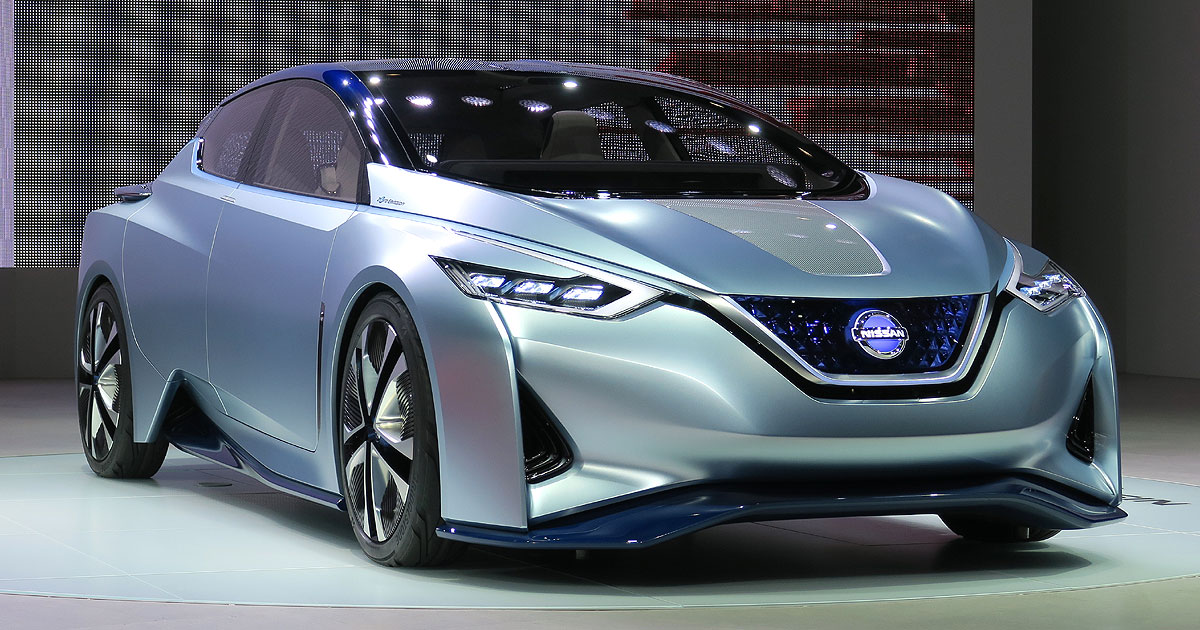 Nissan promises self-driving cars in 2020, and this IDS Concept is a preview
View other articles about:
Recommended Videos
Read the Story →
This article originally appeared on Topgear.com. Minor edits have been made by the TopGear.com.ph editors.
Share:
Retake this Poll
Quiz Results
Share:
Take this Quiz Again
TGP Rating:
/20