To be held with Lateral Drift series
by Vernon B. Sarne | Dec 9, 2013
CAR MODELS IN THIS ARTICLE 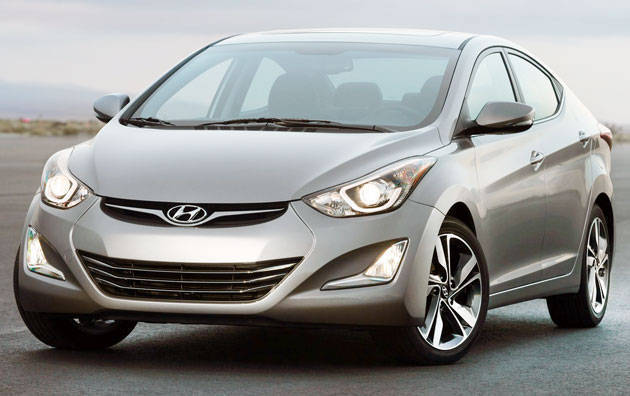 The announcement was made today by HARI president and CEO Ma. Fe Perez-Agudo during the awarding ceremonies for the 2013 Lateral Drift Pro-Am Championship Series, a motorsports event sponsored by the Korean carmaker.

In 2014, HARI will organize what it calls the "Hyundai Circuit Series," which will feature the above-mentioned Lateral Drift series as well as a one-make series for its compact car, tentatively called the Elantra Cup. The series will use the much-awaited redesigned Elantra, with the 1.8-liter MT as the likely engine/transmission combo to line up the grid.

As with the Vios Cup, the Elantra Cup is open to Hyundai customers who want (and can afford) to race. Race-prepped cars will be provided by HARI to the participants, together with racetrack driving training. A minimum of 12 cars are expected to make up the grid.

Four legs or race weekends are planned for now, with the venues to alternate between Clark International Speedway and Batangas Racing Circuit. A possible leg in Metro Manila is also being considered.

HARI PR boss Paeng Batuigas told TopGear.com.ph that they're looking to kick off the Hyundai Circuit Series by first quarter of next year.

So, Hyundai fans who dream of racing wheel-to-wheel with your fellow Hyundai enthusiasts, this is your chance to live out your fantasies. We will keep you posted for more concrete details.

These freebies are bundled with our December/January issue
View other articles about:
Read the Story →
This article originally appeared on Topgear.com. Minor edits have been made by the TopGear.com.ph editors.
Share:
Retake this Poll
Quiz Results
Share:
Take this Quiz Again
TGP Rating:
/20