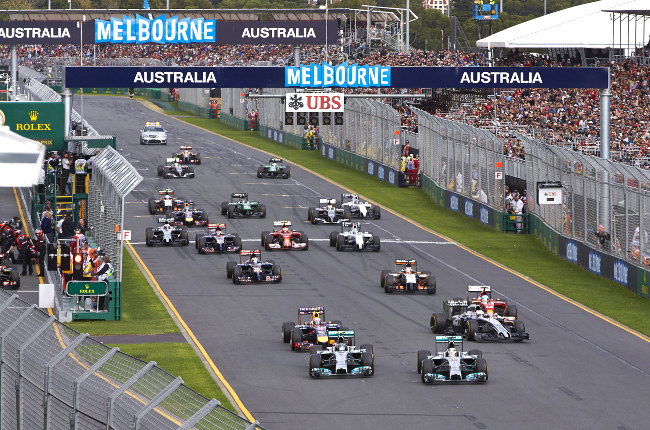 So, first race of the Formula 1 season, and there's a German and a Red Bull on the podium. But wait--it's not that German, and we came to find out hours after the grand prix that there's no Red Bull on the podium after all. This year of the traveling circus's world tour has only started, and we've got a lot of drama to make sense of already. Let's sort out the good and the bad. 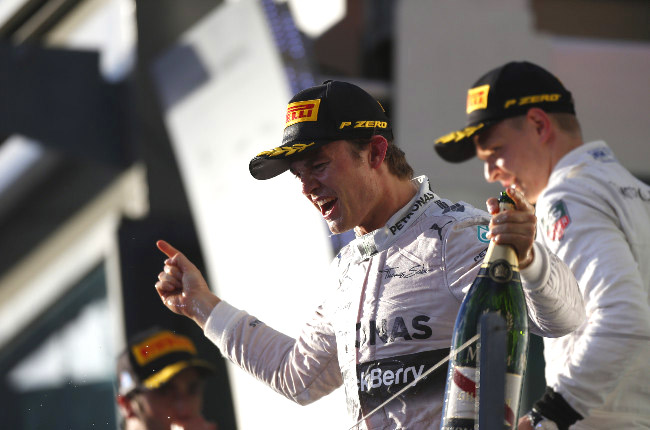 It was a good day for Nico Rosberg...

On a day that saw the end of Sebastian Vettel's nine-race winning streak, we still heard "Das Lied Der Deutschen" played for the victor. Rosberg made up for his qualifying mistakes with a brilliant start off P3, seizing the lead and never once looking back. If not for the safety car, his winning margin of 26.8sec might have been much bigger.

...but a bad one for Lewis Hamilton.

Saturday's performance was a powerhouse for Lewis--qualifying in the wet in these brand-new, temperamental F1 cars required bravery and a deft touch. The 2008 champion's P1 lap was a joy and a fright to watch, so it was a huge letdown that a misfiring cylinder undid his beautiful work on race day.

It was a joyful day for Toro Rosso...

It was not just Sebastian's winning streak that ended in Australia. His title of 'youngest points scorer' in the sport was also taken away by 19-year-old rookie Daniil Kvyat, who was quick to follow his more experienced teammate over the weekend, first into Q3 then into the top 10.

...but a terrible one for Red Bull.

The German reigning champion's problems began in free practice three, when software issues made his RB10 unruly. Neither the team nor power-unit provider Renault could find a fix for the glitches, so Sebastian was knocked out of Q2 while his new Aussie teammate split the Mercs in Q3. The race was the same story of contrasting fortunes for these two, but a post-race decision stripped homeboy Daniel Ricciardo of his runner-up position.

Here's what happened: The second Red Bull was found to have "exceeded consistently the maximum allowed fuel flow of 100kg/h" throughout the race. Apparently, because the team's engineers felt that the FIA-issued fuel-flow sensor in Ricciardo's car was giving inaccurate readings, they decided to go by their own fuel-flow measurements, which were taken using other means. These measurements, while supposedly within 100kg/h based on the team's data system, were over the limit as seen on the FIA monitors. The FIA had issued warnings to Red Bull about this during the race, but the team was adamant that its readings were accurate.

Of course, a higher fuel flow positively affects performance. The FIA thus deemed an unfair advantage was gained by Red Bull, and Ricciardo was excluded from the results. What's really painful is that it's his first podium--in front of his home crowd, no less.

It was a rocking day for McLaren...

McLaren was the biggest beneficiary of Ricciardo's disqualification--both its drivers are now in the top three, with a combined 33 points. This ends the British squad's 2013 podium drought and puts it on top of the teams' championship table. All results are provisional pending Red Bull's appeal of the FIA's decision, but even going by the original race outcome, McLaren would still be leading the constructors' battle.

Although the two red cars made it to the finish, both Fernando Alonso and Kimi Raikkonen stressed the need for improvement. It's a familiar refrain for Ferrari--the Maranello outfit always seems to fall short of being the top dog.

It was a great day for Danes...

Remember the name: Kevin Magnussen. First Dane on the podium in his first-ever race, and the highest-finishing rookie in his debut since Jacques Villeneuve took second place in the 1996 Australian GP. Magnussen handled the race like a pro; his one hairy moment was when he swerved across Alonso's path off the line.

...but a disappointing one for Finns.

Kimi wasn't the only unsatisfied Finn yesterday. Valtteri Bottas rued hitting the wall on Turn 10 in his pursuit of Alonso--a costly mistake that gave him a right-rear puncture. Still, his ascent back to P6 (which later became P5) showed that Williams is right up there when it comes to dry-running pace.

It was an up-to-speed day for Mercedes...

Of the eight Merc-powered cars, only two didn't finish. Hamilton's retirement, as mentioned, was due to a technical fault; Felipe Massa's was caused by a first-lap incident with Kamui Kobayashi, whose pointy-nosed Caterham plowed into the rear end of Massa's Williams (we already had a bad feeling when we first saw that schnoz). Kobayashi's car "was later discovered to have serious technical failure completely outside the control of the driver," according to the FIA verdict. Incidentally, Ferrari-engined cars enjoyed a 100% finishing record, if not notable results.

...but a painful one for Renault.

Counting Ricciardo as a race finisher, Renault-powered cars had a mortality rate of five out of eight in Australia--four technical faults, and one (Kobayashi) race-related incident. The French powertrain supplier has a lot of homework to do before the Malaysian GP in two weeks' time. 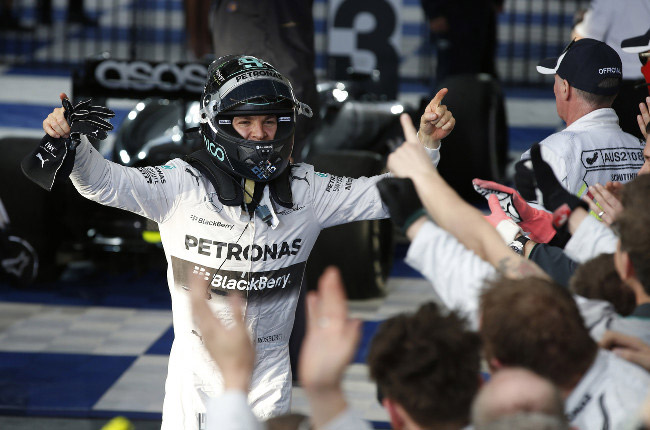 Notes: (1) Listed qualifying laps 17-22 set in Q1; 10-14 and 16 in Q2; and 1-9 and 15 in Q3. Qualifying was done in mixed conditions, with Q2 run in wet-weather tires; therefore, drivers had a free choice of start tire for the race. (2) V. Bottas (Williams) and E. Gutierrez (Sauber) originally qualified P10 and P19, respectively, but were both given five-place grid penalties for gearbox changes. R. Grosjean originally qualified P21, but opted to start from the pit lane. (3) D. Ricciardo (Red Bull) originally finished P2, but was disqualified because of a breach in the fuel-flow regulations. Red Bull has declared it will make an appeal to the FIA.