Should fans get over the initial disappointment?
by Sharleen Banzon | Mar 30, 2014 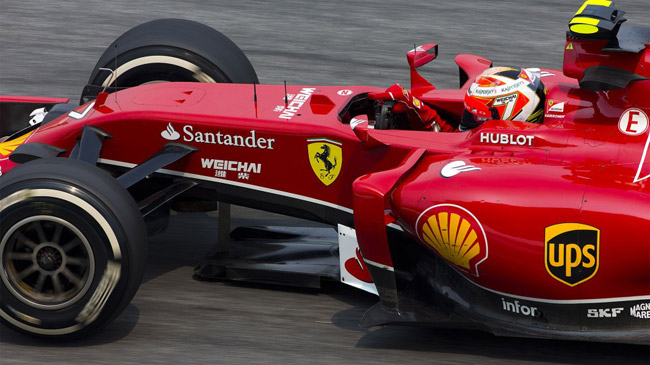 "It's shit," reigning world champion Sebastian Vettel recently said of the quieter, lower-pitched sound made by this era's new turbo V6 engine. "That's my opinion and I think for the fans as well. I think Formula 1 has to be spectacular, and the sound is one of the most important things [about it]."

He's right--maybe not about the shit part (to which 2009 world champion Jenson Button responded: "Go and race something else if you're not happy"), but about how many of the sport's fans are of the same opinion. We were trackside at the Malaysian Grand Prix this weekend as guests of Ferrari technical partner Shell, and we have to say that while the actual sound is much louder than what's coming through on the television broadcast, it's not nearly as dramatic as the old V8's almost-brutal aural assault.

The volume is down, the pitch is lower, and the vibration is barely there; before, the V8 racket would shake the fillings in your teeth especially if you were seated where full-throttle speed would max out on straights. But that’s the way the story goes with the new engine and its smaller displacement, turbocharging, single exhaust, and lower revs. Overall, the sound is pretty distinct and interesting--less mechanical and more mechatronic when the energy recovery systems are at full whir. It's the sound of a brand-new era, as Ferrari test drivers Marc Gené and Pedro de la Rosa told us ahead of the race weekend.

"I personally like it, because to me, it's the future," said Gené, who is also an endurance racer and a 24 Hours of Le Mans champion. "Technology is going that way--turbocharged engines. You hear other things. You hear the tires squealing. But I understand that some [people] miss the high-rev V10, V8 engines. Maybe those were a little bit too loud, sometimes. So I think that we have to wait a little bit more, and really see the reaction of the spectators. If the spectators want more sound, then we should work on that. I think it's worth thinking about, but wait a few more races."

A self-declared "old-school" member of the F1 fraternity, de la Rosa, meanwhile, owned up to his preference for "the old [V8] sound, but we could be looking at the V12 engine 20 years ago, and say that was even much better." Still, he agrees with Gené that the latest generation of power units is the way forward: "I think that we have to look ahead, and this is the modern Formula 1 we will find."

He also noted that both the sport's insiders and followers had previously decried the sound of newly introduced engines. "I know how it was--when the V8 was introduced after the V10, everyone said, 'Oh, it's terrible!'" he recalled. "And after a few races, 'This is a beautiful sound.' So I'm sure the V6 will also be beautiful in a couple of races. And gradually, the teams will find more performance out of [the engines], and the sound will also improve, I would say."

For his part, Shell's F1 trackside and logistics manager Ian Albiston described the sound as "different," but he underlined the track-to-road relevance of the latest technical regulations. "Think about what's going on underneath those covers," he suggested. "It looks so nice and slick on the outside, but underneath it's so complex. Just think of what's going on with the product, what's going on with the power unit, and the effort that has gone in over three years. What you see now is such a complex piece of machinery, and part of that is the products you and I will benefit from."

Having read what these insiders have to say about the issue, what do you think of the new sound of Formula 1 now? Take the poll below.