Are you guys ready for driverless Uber vehicles? 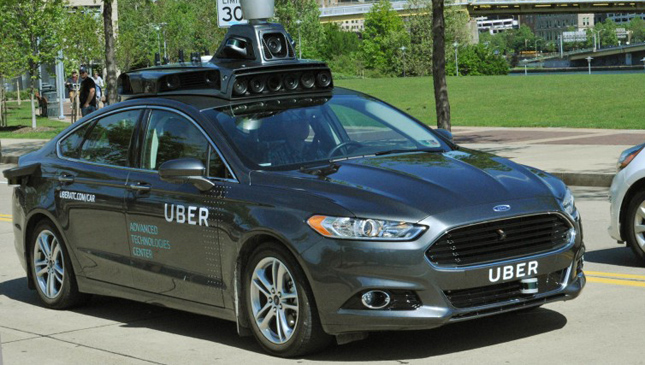 While it might seem a bit like science fiction, the reality is that self-driving cars are quickly growing in number. A ton of companies are already setting up for the future by testing tomorrow's technology today.

The latest firm to conduct autonomous vehicle testing is Uber. Yes, our favorite ride-sharing service is hard at work studying how driverless transportation can benefit not only its operations but the greater majority as well.

The company has deployed a Ford Fusion Hybrid on the streets of Pittsburgh to collect road-mapping data along with trying to perfect its self-driving capabilities. To help do this, the car is fitted with a plethora of sensors, laser scanners, and cameras mounted on the roof and various parts of the vehicle. As with all tests of this nature, a driver is in the pilot seat on standby just in case things go awry.

Uber’s idea of utilizing autonomous mobility has two distinct goals: It aims to reduce the number of road accidents caused by human error while behind the wheel, and hopes to reduce operating costs. The first issue is critical, as approximately 33,000 deaths were reported last year due to road mishaps. What is even more alarming is that 94% of these fatalities were caused by people behind the steering wheel.

When it comes to operating costs, taking the driver out of the service equation cancels out the cost of labor, which in turn will reduce the fares we pay when taking the service.

Uber, just like Google, has also hinted that autonomous vehicles may help reduce gridlock as networked cars will be more disciplined and ultimately flow more smoothly on the road.

Of course, all this is still in the experimental phase. In fact, the day when you can call for a self-driving Uber car is still light years away. But it’s interesting to know that the company is already hard at work helping to make driverless commuting service come true.

It's Suzuki's turn to admit inaccurate fuel-consumption figures of JDM cars
View other articles about:
Recommended Videos
Read the Story →
This article originally appeared on Topgear.com. Minor edits have been made by the TopGear.com.ph editors.
Share:
Retake this Poll
Quiz Results
Share:
Take this Quiz Again
TGP Rating:
/20