Ford's three-banger is the real deal

EcoBoost engine deserves all its awards
by Andy Leuterio | Aug 5, 2014
CAR BRANDS IN THIS ARTICLE 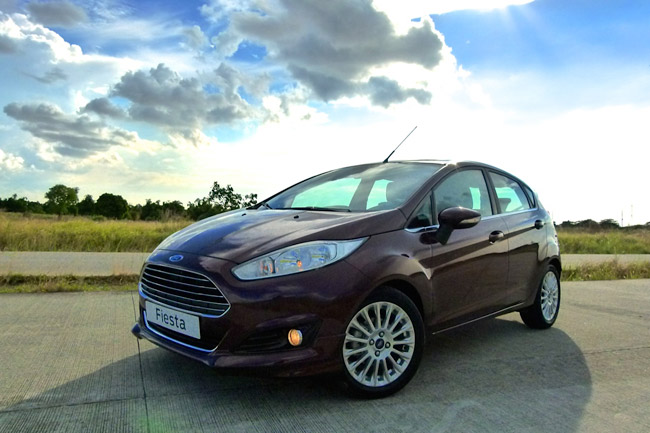 Color me impressed, and I’m not just talking about the test unit's elegant grapefruit color (the proper name is "Phantom Purple"). It's all part of the carmakers' recent strategy of giving their B-segment cars an upmarket feel (see what Honda has done to the City), and it's a nice, thick and deep color that makes the car look like more expensive than it really is. It nicely complements the Aston Martin-esque facelift that’s admittedly grown on me, trading the spunky personality of the pre-facelift Fiesta for a more timeless elegance.

I've already written about how nice the standard 1.5-liter Fiesta Sport is, so I'll just focus on the engine this time. The long-awaited EcoBoost variant is often touted for its superior fuel efficiency and lower greenhouse emissions--very nice, socially responsible traits, of course--but really, I'm more infatuated with how the little bugger pulls. As someone who's grown wary of the usual three-cylinder vices in lesser cars like the Mitsubishi Mirage and the Toyota Wigo--anemic power, unflattering noise and vibration--I was expecting more of the latter with this boosted Fiesta.

Opening the hood won't tell you much, as it's just a mess of cables and wires and plastic housings. Nothing to Instagram about, to tell you the truth. Best to keep the engine out of sight...but not out of mind. Redemption is earned the moment you get the chance to prod the throttle and let the car stretch its legs. With a nice power-to-weight ratio and plenty of torque (170Nm at 1,400-4,500rpm), the Fiesta accelerates very smartly off the line and easily passes most cars with a minimum of fuss. Any fears about the three-pot thrashing around below the hood are quelled by what must be a generous amount of insulating materials and some clever engineering tricks.

How'd they do that? The inherently unbalanced nature of the three-cylinder layout is offset by unbalancing the flywheel so they even each other out. The timing chain is immersed in engine oil for additional smoothness and to smother the noise. The exhaust manifold is also cast into the cylinder head to increase efficiency. Then, of course, direct injection and turbocharging combine to make the 1.0-liter engine punch out more power and torque than some engines with 50% more displacement, including the 1.5-liter variant of the Fiesta.

More important than all of this geek talk is how smoothly everything works. When I shift to "go fast" mode in this car, I'm not thinking about overboost or missing balance shafts or dry fuel efficiency figures. Rather, I'm thinking about how this must be the most overachieving small-displacement engine you could get for less than a million bucks. I'm also thinking about how it's matched to a chassis that is perfectly tuned to handle all that power, and how the newfound gusto now reveals the limitations of the slim Hankooks.

The Fiesta has always had a high fun-to-drive quotient, thanks to its Euro-tuned suspension. You can hold a line through the curves with minimal correction, you can trail-brake with confidence, you can thread your way through a set of corners with the best steering system in its class, and now you can do all of this much faster with the EcoBoost.

Modest bumps and dips at speed are quickly smothered up instead of upsetting the car’s balance, except now the drivetrain really pushes the limits of the slim tires. You will want to get stickier rubber if you plan to drive the bejesus out of this car (which you should). As it is, it takes familiarity with the handling quirks of the rear beam axle setup to attack a winding road without fear of spinning out. The car's excellent seat-of-the-pants feedback lets you probe the limits while scaring your passengers.

Pity that the PowerShift dual-clutch transmission would prefer that you leave it alone to do its business, thank you very much. As before, manual shifting is enabled very clumsily with a little rocker switch on the side, and the gear indicator is a tiny one-inch number beside the "PRND" readout in between the speedometer and the tachometer.

To its credit, the DCT now feels more like a conventional torque converter system at low speeds, with minimal clunking in stop-and-go traffic. And to be fair, a sprint start to 100kph has the tranny changing gears faster and smoother than the average driver ever could. Brake-torquing the system by putting the shifter in "S" and simultaneously stepping on the accelerator and brake to bring up the revs doesn't even elicit a chirp from the tires. The tach goes up to 3,000rpm, you release the brake, and the computer goes into self-preservation mode, gently slipping the clutch and dropping the revs. Yawn.

Well, I guess few real-world owners would purposely subject their Fiestas to a drag-race-style start, anyway. As for any concerns about engine noise, the best way to describe it would be that it's neither rousing nor sporty like a finely tuned four-cylinder--but it's also not annoyingly raucous like every other three-banger in the market. It just makes a pleasant, understated growl that's easily drowned out with the stereo, and vibration is practically nonexistent. The A/C blower on full blast is actually much more prominent than the engine note, so it is now a nonissue.

All other Fiesta traits and vices are there: the stereo-phone sync system, the torso-hugging bucket seats, the tight backseat, the modest luggage area, and the nice premium touches like mood lighting, push-button engine ignition, smart key and subtle bits of chrome here and there. The EcoBoost Fiesta is priced at P898,000, or 30 grand more than the conventional 1.5-liter variant. It's not quite a sports hatchback, but it's the most fun-to-drive B-segment five-door right now, so long as you don't need a lot of cabin space. 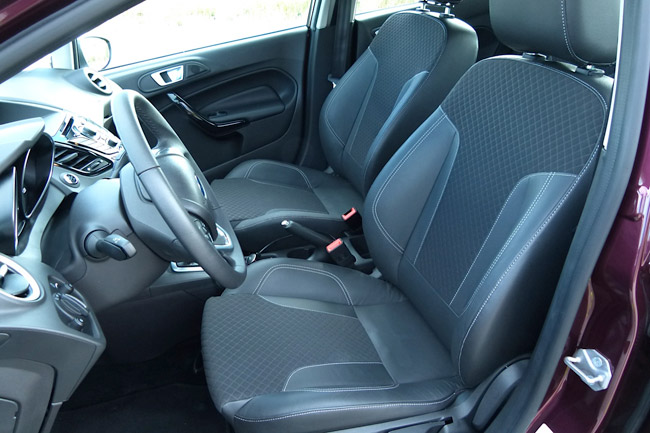 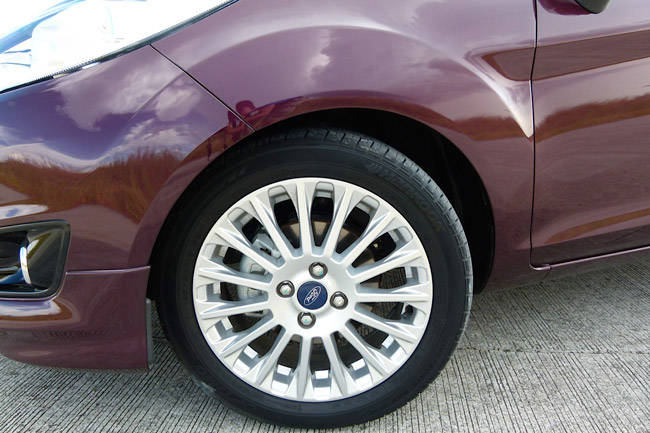 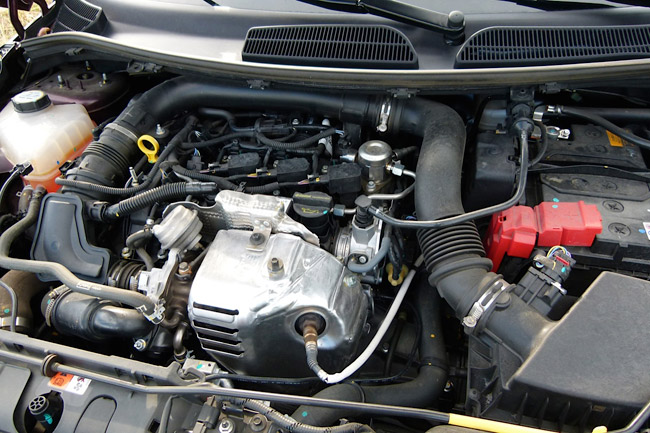 A reader asks: What tall car can my wife drive during the rainy season?
View other articles about:
Recommended Videos
Read the Story →
This article originally appeared on Topgear.com. Minor edits have been made by the TopGear.com.ph editors.
Share:
Retake this Poll
Quiz Results
Share:
Take this Quiz Again
TGP Rating:
/20