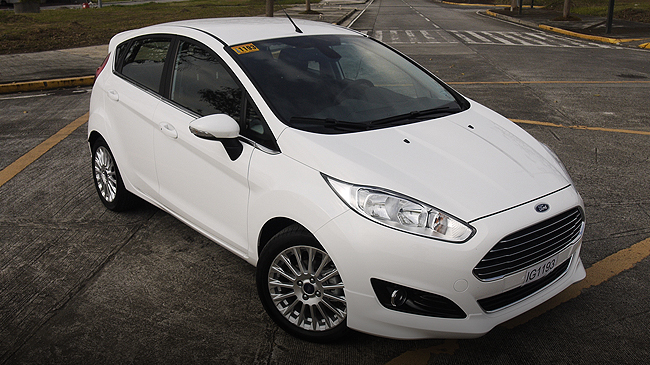 When Ford introduced the new family look on the Fiesta, it was kind of disappointing that it didn't gain any speed to go with the racy nose. In fact, it lost a little of the pep that went with the big old 1.6-liter motor. But new Chinese tax regulations meant that it made more business sense for Ford to globalize a newer, smaller 1.5-liter engine for this version of its best-selling little car.

For those of us who felt that even the 1.6 wasn't powerful enough to truly match the Fiesta's excellent handling, there's only one way to go: even smaller. Say hello to the 1.0-liter subcompact. To be precise, the 1.0-liter turbocharged hatchback. Sounds insane? Well, it kind of is. 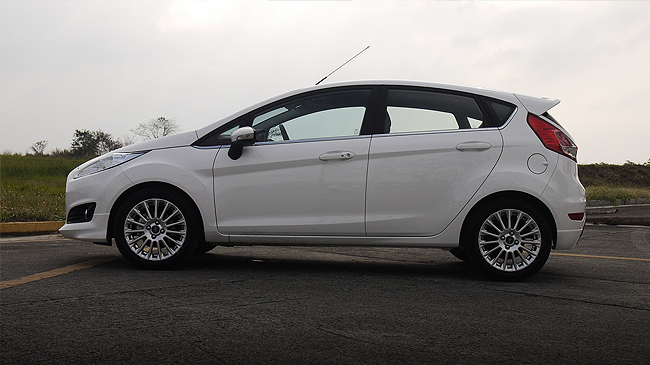 You'd hope a car this revolutionary would sport some special kit versus the regular Fiesta, but it doesn't. There's no bespoke bodykit or gaudy hood scoop to tag this turbocharged scorcher. The only external signs of turbo power are a subtle EcoBoost badge and an intercooler where the AC condenser usually goes. A hotel valet, rather excitedly, asked what the hell was under the hood after he'd driven it out of the car park. The EcoBoost is one car that speaks softly and carries a honking big stick. 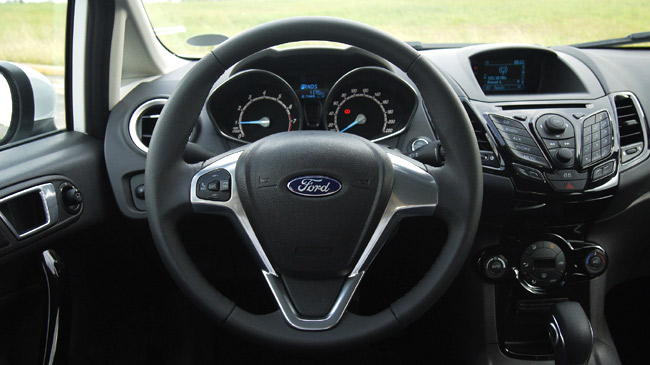 The interior is, disappointingly, identical to the 1.5 Sport. Shame, an extra boost gauge or temperature gauge would be nice. That said, the quilted-pattern fabric-and-leather bucket seats hold you tight when you're careening through corners, and interior quality is still second to none. We wish Ford would work a little more space into the backseat, or at least install grab handles for rear passengers. With a car this frisky, they're going to need it. 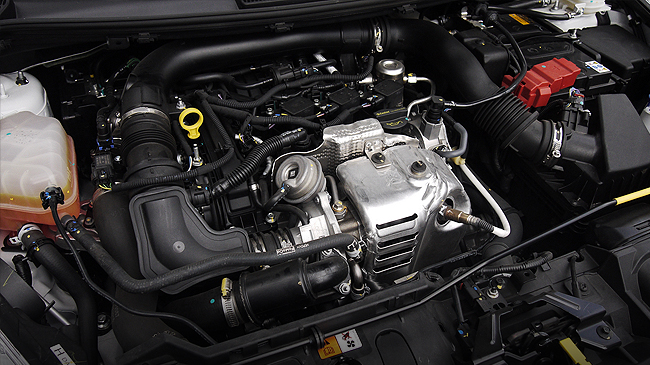 The 1.0 EcoBoost is chock-full of next-generation technology, like direct injection and variable-geometry turbocharging. Strangely, though, it's also a bit old-school. The engine block is iron, used because it's strong and eliminates the need for cylinder liners. There are also no balancer shafts to quell the inherent lumpiness of the three-cylinder motor. Instead, the crank pulley and flywheel have a slightly eccentric balance to counteract vibration. And it works. The 1.0 idles much like a big four-cylinder when it's warm.

It runs like a big four, too, with lots of torque and revs. While the dual-clutch transmission is still not the smoothest in traffic, the extra torque at low rpm tends to smooth out the lumpiness of low-speed shifts.

If there's any criticism here, it's that throttle response isn't as crisp as in the 1.5, turbo lag is noticeable in the first two gears, and there's a bit too much throttle-over-run when you lift off, which means that you'll be jabbing at the brakes at stops a little more than you're used to in traffic. But it's an awesome tool for going places fast. It's a bit soft off the line, but feels awesomely athletic at triple-digit speeds.

Fuel economy is about 1km/L better than the 1.5 in traffic, and about 1.5km/L better than the 1.6. On the highway, 20km/L is easier to hit than in other Fiestas, with nothing but a steady foot. Considering this motor had just 800+km on the clock at the start of our test, we expect that to improve even further as time goes by. 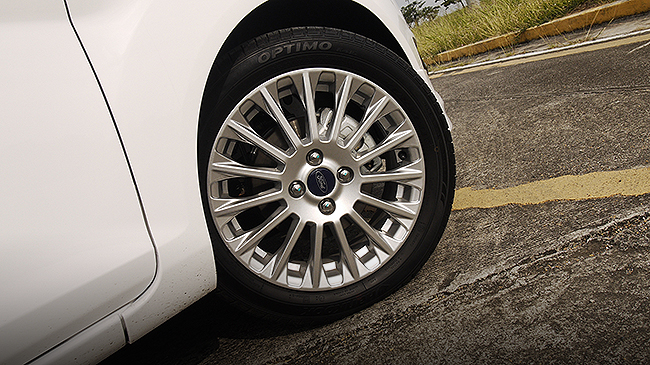 Refinement and sound insulation are still top of the class. As is handling. Only the Suzuki Swift and the Mazda 2 can match the Fiesta for tactile agility in this class, and neither one of them has the rock-solid chassis the Fiesta has. Or the power. EcoBoost is a welcome injection of adrenaline, but the Fiesta still feels like it could take even more power.

On the downside, the PowerShift transmission delays gear engagement to prevent damage when you're punching out of a corner. And the "S" trim suspension is still on the harsh side of comfortable. That said, few small cars feel as hardwired to your nerves as the Fiesta down a good mountain road. 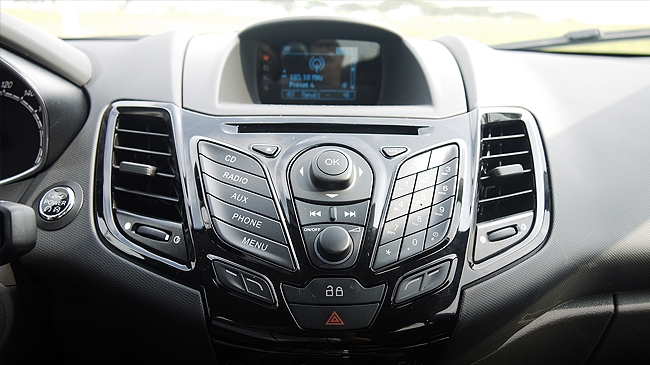 While the EcoBoost is laid out with the same kit as the 1.5, it only costs P30,000 more. You get the same quilted leather-and-fabric seats, push-button start, and kick-ass sound system. Perhaps, stripped down to Trend spec and equipped with a manual, the EcoBoost could come in at under P800,000, but we aren't holding our breath for that one.

See, the turbo Fiesta isn't simply about saving gasoline. Instead, it's a halo car for the entire Fiesta range, and a massive boost to the owner's ego. Owning the most sophisticated and powerful car in the class will do that. True, the Accent hatchback might have more power, but the four-speed automatic is no match for the PowerShift on highway runs.

Of course, the EcoBoost simply whets our appetite for bigger and better things from Ford. The extra power barely tickles the limits of the car's abilities. If the Fiesta is this good with the EcoBoost, one wonders how good it would be in 197hp ST spec. Maybe Ford Philippines is willing to show us?

UPDATE as of May 9, 2018: If you've been planning to buy a Ford this 2018, boy do we have some good news for you. Check out its price list here. Ford is also adjusting the costs of its scheduled maintenance service inclusive of parts and labor. The goal is to realign its competitive position in the market and provide the customers a better offer when it comes to their scheduled maintenance. The new adjustments will maintain the current schedule of maintenance visits to every six months or 10,000km. On average, the current five-year cost of maintenance for a Ford vehicle is nearly P120,000. Under the new program, this figure will be reduced to just under P100,000.

Review: Chevrolet Trailblazer 2.8L 4x2 AT
View other articles about:
Read the Story →
This article originally appeared on Topgear.com. Minor edits have been made by the TopGear.com.ph editors.
Share:
Retake this Poll
Quiz Results
Share:
Take this Quiz Again
TGP Rating:
/20