More of a looker than before
by Andy Leuterio | May 1, 2014
CAR BRANDS IN THIS ARTICLE 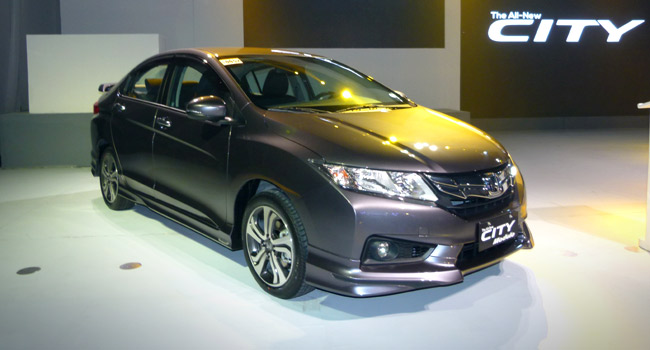 To paraphrase Mark Twain, news of Honda's demise has been greatly exaggerated. With the all-new Honda City, the house that Soichiro-san built is alive and well. Learning its lessons from the lackluster reception of the Civic and the CR-V (both good cars, just not exceptional), Honda has given the nerd treatment to its staple B-segment car. If it isn't quite aiming for the goalposts, then at least it's redefining what the market should expect from a subcompact sedan.

Seventeen years ago, the motoring public fell in love with the third-generation City (the first to make it to our shores). It was an affordable, high-quality subcompact with a "hyper" 16-valve engine, a spacious cabin, and a decent level of kit. We hoped that it would erase the bad memory of the ill-fated "people's car" initiative that had spawned disposable tinboxes like the Fiat Uno, the Daihatsu Charade, and its most respectable entry, the Kia Pride (nee Ford Fiesta).

Billed as the entry-level Honda, it wasn't cheap even then, and it's not even today: You will have to fork up P756,000 to get a base E with a five-speed stick, and if you want the VX+ with all the bells and whistles, you are looking at a price tag that's dangerously close to the P1-million mark (it will exceed that if you finance it).

Even the lowest-priced City butts heads with the top-of-the-line Toyota Vios, and just scanning the brochure doesn't do justice to what the engineering nerds at Honda have spawned.

This is one of those cars where the whole is greater than the sum of its parts, and certainly not the sum of all its modcons. At this price point, Honda is taking a stand on the value of its brand and the cachet of its car. You want cheap? Shop elsewhere, so seems the message. But if you're talking quality, engineering prowess, and perhaps even the abstract concept of "feel good," then perhaps the City is for you.

At the very least, springing for a car that's pricier than a similarly spec'd Vios or Fiesta ensures you won't see one just like yours on every street. So, what exactly does Honda think justifies the added cachet of a City?

Now would be the right time to do away with any memories of Honda's enthusiast-centric products. The days of the Civic SiR, the Prelude, and the Acura Integra are long gone, and while they're gearing up for a next-generation supercar in  the NSX, Honda has clearly set out to make Earth-friendly cars. They even have this so-called "Earth Dreams" tech philosophy, which would sound funny if it came from anyone else but the Japanese, who have a penchant for making catchy, quirky terms that wouldn't look out of place in a haiku.

Anyway, today's Hondas are about minimizing your carbon footprint, eking out the last kilometer from every liter of fuel, and something about a "Man Maximum, Machine Minimum" philosophy that takes some explaining to comprehend. In a nutshell, Honda has adopted a Zen-like approach to its cars, trading the hard-edged performance of yore for a more sublime ownership experience that it hopes will work in this day and age of global warming and Internet-everywhere (well, almost everywhere).

So, the Japanese carmaker made the new City even more of a looker than before. It retains its predecessor's arrowhead concept, now with flat-radius fenders for a crisp yet muscular look, character lines to add tautness, and a swoopy front fascia with rakish fog-lamp enclosures evoking the air intakes of a fighter plane.

A minimalist approach has been adopted for the cabin with Honda's typical all-black color scheme accented by swaths of silver here and there. The high-end VX+ gets those nice halo lights for the instrument panel that glow green to indicate economical driving and blue when you're having some fun with the throttle. Touchscreen displays are used for the entertainment system, phone integration, and climate control for the VX and the VX+, making the City the first of its kind to get started on the "glass cockpit" theme that has been used for state-of-the-art aircraft for decades.

The car is also a little bigger than before, with a wheelbase that's 50mm longer, and the not-insubstantial gains of 40mm, 60mm and 70mm in shoulder, leg and knee room, respectively. Passenger space might well be best-in-class, especially in the back where there's room to splay out for taller passengers. Honda claims the backseat is even roomier than in some midsize sedans, but I'd say it's more comparable to a compact like the Toyota Altis and the Hyundai Elantra. The backseat is, however, still a tight squeeze for three passengers since it hasn't really gotten any wider than before.

Everyone will appreciate the materials used in the cabin. Whereas the cabin of the Vios has a low-cost but pleasantly cheeky approach, the Honda's is all seriousness. There's still a hint of hard black plastic used for the door panels, but designers cleverly hid most of the cheap stuff by making it blend in with high-quality fabrics for the door inserts and leather seats. The Fiesta used to set the standard for having the classiest cabin in the segment, but the new City's minimalist, darkened cabin motif has just raised the bar.

One thing that young families will surely appreciate is a positively commodious trunk: 510L or 18cu-ft of space. You can further expand that with the 60:40 split rear seatback of the VX+, too.

Drivetrain options are simplified from its predecessor: The proven SOHC 1.5-liter from before is standard across the board, with a five-speed manual as an option in the E. The throttle is a drive-by-wire system.

Everything else gets the CVT, which has been revised for a more dynamic ratio spread to get better fuel efficiency and performance. In "Econ" mode, the onboard computer adjusts throttle response, shift mapping, and air-conditioning to minimize fuel consumption.

At P756,000 for a base E with the manual transmission, a basic speaker, manual A/C, fabric upholstery, and steel wheels, but with ABS and dual airbags, it's a decent spec. You will need at least another P100,000 in better wheels and stereo to really get excited about the car if you want more than just the good looks and roominess.

The mid-grade VX is the best value proposition with the standard CVT plus paddle shifters, touchscreen displays, alloy wheels, reverse camera, smart key, eco-coaching ambient meter displays, and a push-button ignition system. And just in case there are buyers who'd rather spend P970,000 on a fully decked-out City than a mid-grade compact, there is the VX+ with additional side airbags, traction control, leather seats, split rear seatback, and eight-speaker audio system.

With this sixth-generation City, Honda is redefining expectations on what you should get in a subcompact car. It was always going to be a tough job improving on the fifth-generation model, which in all honesty was still holding its own against the newer competitors, but this new model is a promising new gem in Honda's stable.

As for those who are wondering about the omission of the thriftier 1.3-liter option, the answer was given in the closing remarks of Honda Cars Philippines president and general manager Toshio Kuwahara: A more affordable alternative to the City is coming soon in the form of the Brio. 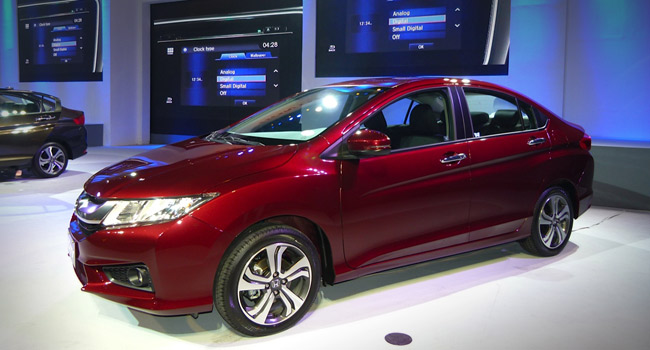 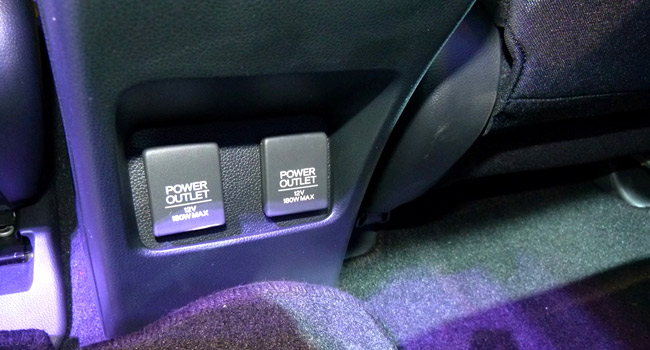 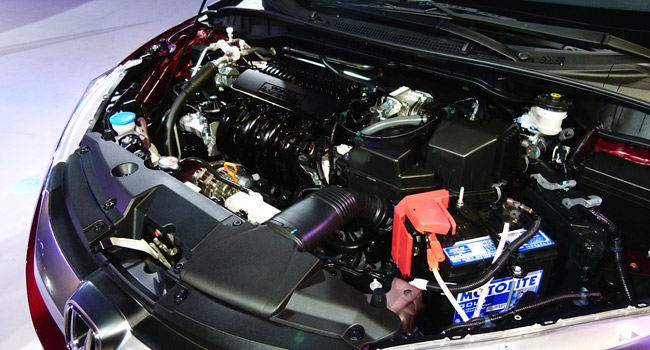 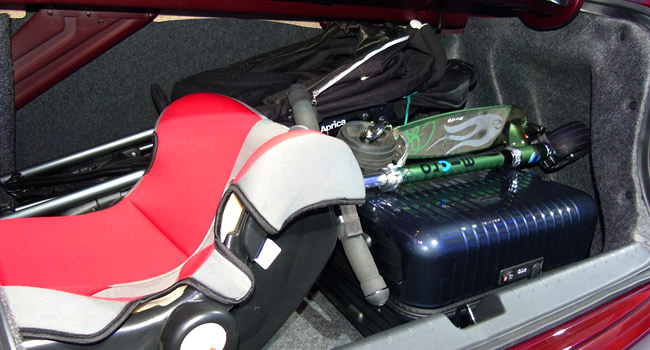 A reader asks: With P1.8M budget, FJ Cruiser or Forester XT?
View other articles about:
Read the Story →
This article originally appeared on Topgear.com. Minor edits have been made by the TopGear.com.ph editors.
Share:
Retake this Poll
Quiz Results
Share:
Take this Quiz Again
TGP Rating:
/20