Honda has a fun mom mobile in the Mobilio

For those who value space over refinement
by Andy Leuterio | Sep 7, 2015
CAR BRANDS IN THIS ARTICLE 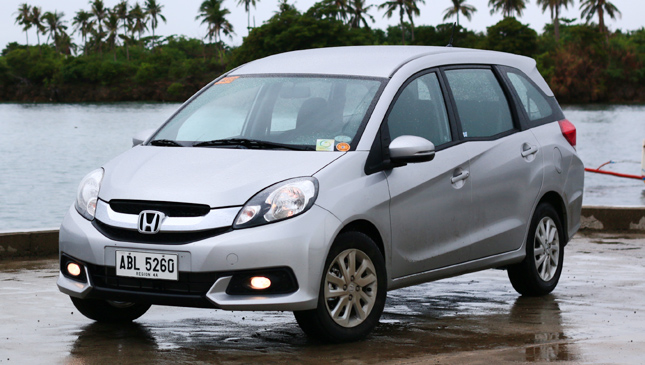 If you're a child of the '90s, you may be familiar with the "Mom Mobile." I am quite familiar with it, because it was part of the slogan my dad created for the Mitsubishi Space Wagon ad campaign. Naturally, we bought just such a mom mobile in a nice blood-red color, with a four-speed automatic transmission and a 12-disc CD changer (this was kind of high-tech back in the day).

It was the late '90s and the first-generation soft-roaders were beginning to populate the streets, particularly the Honda CR-V and the Toyota RAV4. What the Space Wagon lacked in trendiness, it made up for in space efficiency. It was one of the few seven-seaters extant, the sliding/folding seats were very much appreciated, and the tall wagon characteristics made it a lot easier to drive than an AUV.

Now it's 2015, and Honda is venturing into the MPV market with its first-ever seven-seat wagon, the very type it tried kill more than a decade ago. Oh, there have been attempts to revitalize the genre the last couple of years--the Nissan Grand Livina was a nice try, and so was the Toyota Avanza (sort of like an Innova Jr.), and more recently the Suzuki Ertiga. But a seven-seater Honda for the masses? Honda, that paragon of Japanese efficiency? Honda, that premium Japanese brand? As a wise man once said: "Shit just got real."

You sort of need to manage your expectations with the Mobilio, which bears the prestigious "H" badge and everything it’s associated with, but which also has to be reasonably affordable. So let’s talk about what you DON'T get first.

You don’t get fully automatic climate control, fabric door panels, or even a soft-touch dashboard. The latter uses hard plastic all throughout, and while it’s quite functional and logical with its layout (not that there are that many buttons anyway), Honda didn't even bother to have it smoothly flow into the front door panels like most cars these days. You don't really want to dwell on the dashboard too much, as there are blanks for additional features that didn't make it to the market. The button for the fog lamps is even located on the right side of the center stack, which is a weird location but just means Honda is using a universal module for left- and right-hand-drive markets.

Honda also left out some sound-deadening materials, because the road noise at high speed will make you wonder if you left a window open. Did I mention it starts at just P807,000 for the manual version, and only P877,000 for the CVT I tested? If you must have some tech to play with, splurge for the P967,000 Navi variant that gets you a touchscreen navigation/audio system, some internal brightwork, and some exterior add-ons to dress up the otherwise drab exterior. The silhouette looks nice enough, but the wide-mouthed front fascia gives it the countenance of a giant moray eel. The sportier wheels, racy "RS Design" bumpers, and garnish of the Navi at least give it some sex appeal. This V variant, however, won’t win any points for style.

That done with, here's what you do get: ABS; front dual airbags; rear A/C vents mounted on the ceiling; 50:50 split-folding third-row bench; fog lamps; power windows, mirrors and locks; a 60:40 split-fold and tumbling second-row bench; and quite importantly, a sprightly drivetrain. The only engine available is the now-familiar, 118hp 1.5-liter SOHC with i-VTEC. We’ve seen this engine in the Jazz and the City for so long that it’s like an old friend--trusty, gutsy and just about as bulletproof as small engines go.

As fitted to the Mobilio, and with a light load, the drivetrain pulls the wagon around with more verve than you'd expect from a family-oriented vehicle. The continuously variable transmission makes the most of the engine's modest power and torque by aggressively changing ratios all the time. Pair this with a quick throttle response and the Mobilio might be poised to jump ahead with just a slight prod of the go-pedal.

Since there's not much insulation behind the firewall, you can also enjoy the growly soundtrack which sort of compensates for the noise. As with nearly all Hondas, you can work the engine hard all day and it never complains. Put the shifter in "S" and it will zing the engine just 500rpm short of the redline, holding the lowest ratio possible. Just one caveat: Peak torque of just 145Nm is at 4,800rpm. Holding a decent cruising speed of 100-120kph will have the CVT perpetually working the engine tach as the road pitches up or down or as you need to overtake. There's an "Eco" light on the instrument panel that lights up if you're light-footed, but you probably won't see it too often if you get addicted to the car’s vroom-vroomy nature. Still, I eked out 11km/L over the test period in fast highway driving and heavy gridlock.

This is because it's a genuinely fun car to drive at a pace that will entertain the kids. The urethane steering wheel is compact like the City's, and steering accuracy is quite good to compensate for the dead feel of electric assist. It'll easily hold your line at high speeds, but strong crosswinds will still push you if you're not careful. The stock 65-series tires are just right for the car. More aggressive rubber would make the Mobilio look meaner, but would probably compromise the ride quality and noise levels.

Other Honda traits are there to make the Mobilio drive as well as it can given its modest purpose: IMAX-quality greenhouse with a low window beltline, communicative braking response, and a soft suspension that still gives you a modicum of control without pogoing all over the place in the bumps.

The seats are also worth mentioning. The front seatbacks are the one-piece kind to save on the cost of the adjustable headrests, but they're quite comfortable. They’re only adjustable fore-aft (non-adjustable for height), but I quickly got used to it. The thigh length and the lumbar support are just right for all-day drives, while the second-row seatback has generous legroom and headroom with a reasonably high hip point. Buyers looking to get a Mobilio for dual-purpose family and Uber use will like the second row. Pity there's no auxiliary power outlet in the back, though. The lone accessory outlet is in front on the center stack.

While you could seat seven people in the Mobilio, they'd better be on the slim and petite side. The center passenger in the second row will be a bit of a squeeze, while the third row is best left for kids. That said, a 50L cooler will still fit behind the third row, so keeping all the seats up still leaves usable cargo area for smaller items. Fold the third row down and cargo capacity is a healthy 521L (Honda doesn’t provide cargo capacity specs for when all the seats are folded and tumbled).

Driving the Mobilio pretty hard over 300km to get to and from a race--and in a thunderstorm to boot--brought to mind another Honda from the late '90s that revolutionized the subcompact market. It was the City, which brought quality driving dynamics and reasonable family car values to the entry-level market. So the Mobilio is a modern mash-up between two memorable cars from that decade: quality where it counts for a rather spartan spec, but what’s there is pretty good.

If you value space over refinement, the Mobilio is a lot of Honda for the money. And while this modern-day Mom Mobile seems a tad crude, you'll be glad to know that it’s more fun than you'd expect your average entry-level MPV to be. 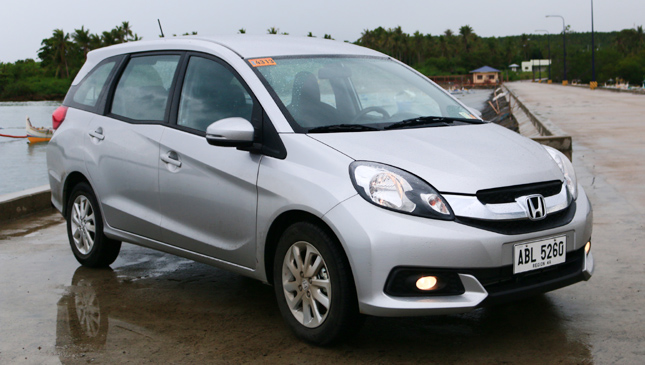 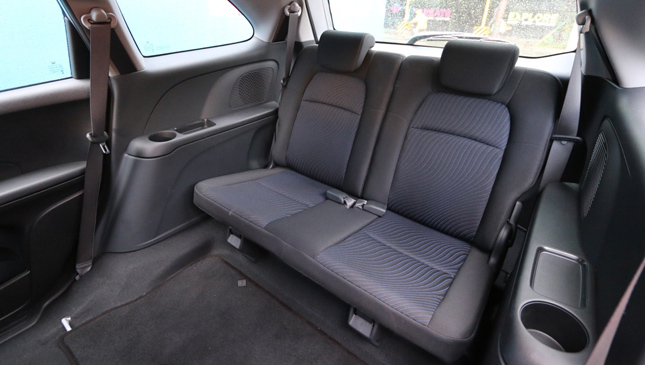 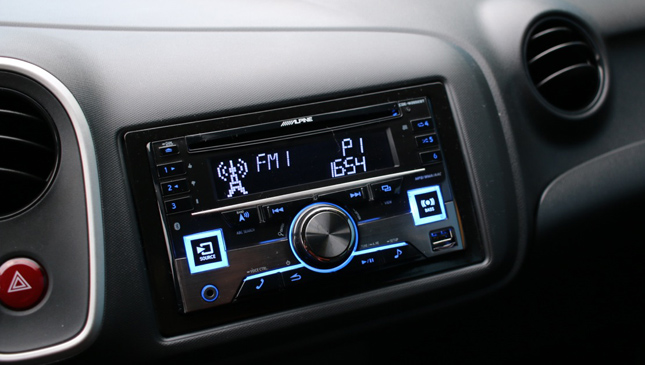 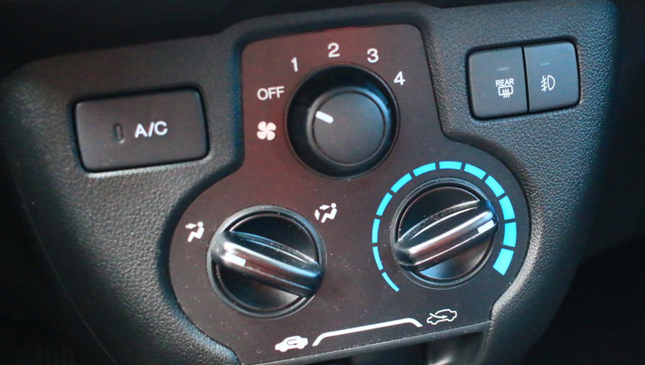 The Mazda MX-5 is what driving dreams are made of
View other articles about:
Recommended Videos
Read the Story →
This article originally appeared on Topgear.com. Minor edits have been made by the TopGear.com.ph editors.
Share:
Retake this Poll
Quiz Results
Share:
Take this Quiz Again
TGP Rating:
/20