Less is more with the Volkswagen Tiguan

You have to drive it to appreciate it
by Andy Leuterio | Jun 20, 2015
CAR BRANDS IN THIS ARTICLE 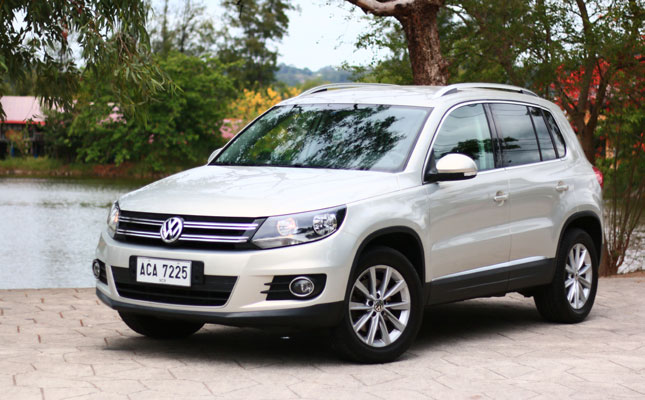 Aspirations drive us to great things. Today you’re a manager, next year you want to be the veep. First you have a condo, next you want a house. This year you drive a nice Asian sedan, next year--or when the current car is fully paid up--it’s time to go Euro!

"Euro" in the motoring world has many connotations: a superb ride, precise engineering, snob appeal, and of course, a premium price. Enter the Volkswagen Tiguan, the German marque’s compact SUV priced several hundred thousands north of the most expensive Mazda CX-5 or all-new Ford Everest--or any compact or midsize Japanese SUV for that matter. At an SRP of P2.109 million for the diesel, only a couple grand more gets you a Ford Explorer, a Kia Sorento or a Hyundai Santa Fe--all of which are bigger, have more tech, and can seat seven.

Ah, but perception makes the difference in marketing, yes? Comparing prices with the closest European option, you would need nearly P3 million to park a BMW X1 or an Audi Q3 in your garage. Admittedly, the VW’s pedigree isn’t as snooty as the Bimmer or the Audi, but it’s still a German badge on the hood, kleine.

I had the Tiguan for a long weekend and some 600km of city and highway driving. After loading her up with family and luggage for a trip to the beach, the Tiguan showed her charms.

The big talking point about any PH-spec VW is the fuel efficiency, and the Tiguan impresses. We averaged 14km/L with a full load of passengers, cargo area crammed with bags, and A/C at full blast in the raging summer heat. Now, I’m not the thriftiest driver in the Top Gear stable, so someone really pinching the pennies can probably get better performance. So the Tiguan costs a pretty penny to own one, but makes up for it at the pump.

The heart of the Tiguan is the Euro 4-rated, 2.0-liter diesel blessed with modern things like common-rail injectors, turbocharging, and the superb DSG transmission. It pumps out a rather modest-on-paper 138hp, but compensates with 320Nm of torque from just 1,750rpm.

I have ranted ad infinitum about automatics being the devil’s work, but I can call a truce with the six-speed DSG. Unlike some other twin-clutch systems out there (cough, cough), the Vee-Dub’s is fast, smooth and very smart. It never gets flustered between gears (when you’re jumpy on the throttle in stop-and-go, for example), it never makes you wait more than a millisecond to shift, and the next gear is just an inch or two of go-pedal travel either way.

Yeah, there’s the manumatic mode, but I never had to use it since I was on daddy-driver mode. One other thing: It’s quiet. No clunking, no whining, never making you wish you could just step on the clutch yourself. It’s a great match for the engine, which is never at a loss for torque or power. You basically just step on the accelerator and off you go. Acceleration has a nicely linear character all the way up to around 4,000rpm, by which point the DSG will have shifted up anyway. The characteristic rumble of diesel is mostly muffled under a ton of insulating materials, too. The 1.4 TSI petrol engine is also available for those who prefer that fuel.

All-wheel-drive "4Motion" is standard for this variant--a permanent system that’s mostly front-wheel-drive but transfers power to the rear when necessary. You don’t get any buttons or levers to play with in this system. The powertrain uses a Haldex coupling, which uses a multiplate clutch to continuously adjust the torque distribution.

By the seat of the pants, though, most driving situations will have the power biased to the front wheels. Hard acceleration and slippery or steep surfaces will shift more power to the rear. As the fuel consumption figures suggest, it’s a neat system that doesn’t cause too much drivetrain friction.

Still, the Tiguan doesn’t make a lot of sense if you’re counting the tech toys. The stereo has a rather basic head unit without a fancy touchscreen to amuse yourself with, and the cockpit is basically a spartan place to be in. It is, however, a great driver’s "car" if you value qualities like steering feel, suspension damping, and chassis stiffness. The VW feels as stiff as a vault over the rough stuff, and it’s a nimble little thing in the twisties without feeling flighty. You can easily break the speed limit by, oh, 50%, and the only way you could tell would be by looking at the speedometer and tach.

Aside from a timeless aesthetic, the Tig’s melted-butter shape slices through the wind with minimal fuss. And it’s quite easy on the eyes. It has just enough chiseling and brightwork to make it interesting without getting tiresome or dangerously trendy. Say what you will about the price tag, but there’s an emotional value to having a car that doesn’t look like every other one on the road.

Seat comfort is another plus. I was hesitant to load up my family in the little VW since the backseat looked a little tight, but noted that the seats have a high hip point. You basically sit up as in a chair, and the rear seatback has just enough rake to make it comfortable enough to leave poor me contemplating my life as everyone else dozed off for several hours.

While the legroom isn’t much at the back, all but six-foot and taller folks will be comfortable. My kids greatly appreciated the little fold-out trays on the front seatbacks. It was great for placing their snacks and milk bottles, as well as changing diapers by the roadside.

Other things to point out aside from the usual battery of safety kit you can read in the brochure anyway: large windows all around for an IMAX view, a tall roof to clear your cowboy hat (hey, Europeans are tall folk), static cornering lamps, and push-button ignition (of course). Check out the double-stacked HVAC vents, too. If you, like me, have this perennial argument with the missus about who gets priority aiming of the vents, the VW will make both of you happy. Rear-seat passengers also get two vents down low, behind the central tunnel for the transmission.

When everything is said and done, the Tiguan is still asking for a small fortune when there are about a dozen bigger, more affordable choices out there loaded with the same tech or even more. In the end, the buyer of a Tiguan will have likely decided that the solid German character, performance, craftsmanship, relative rarity, and style tip the balance in its favor. 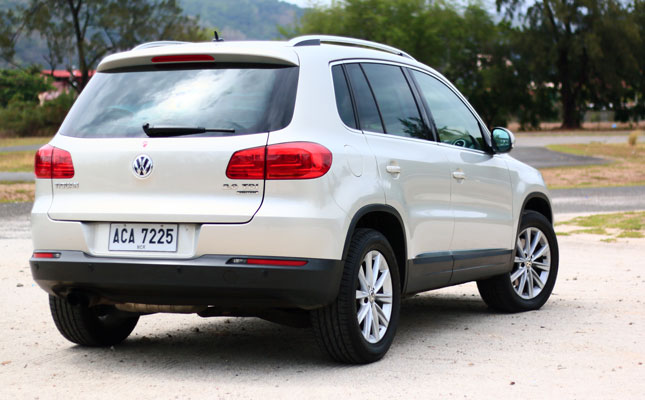 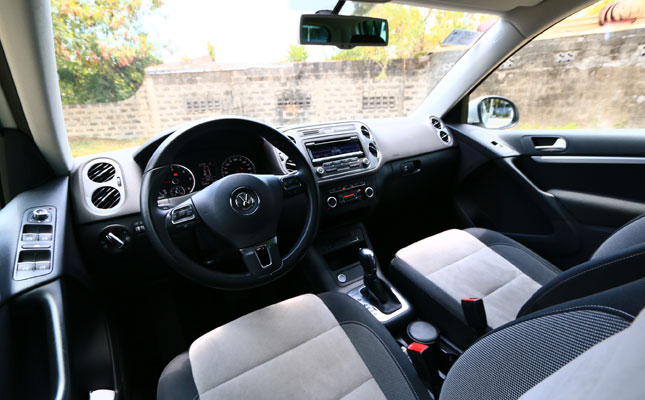 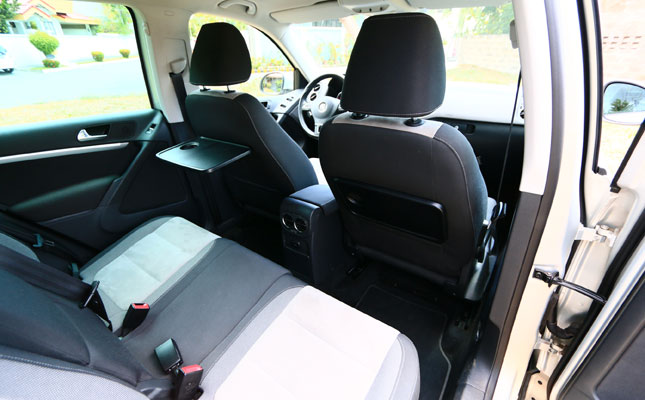 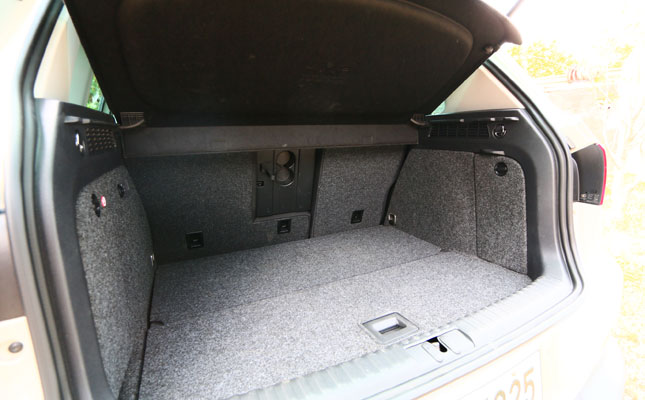 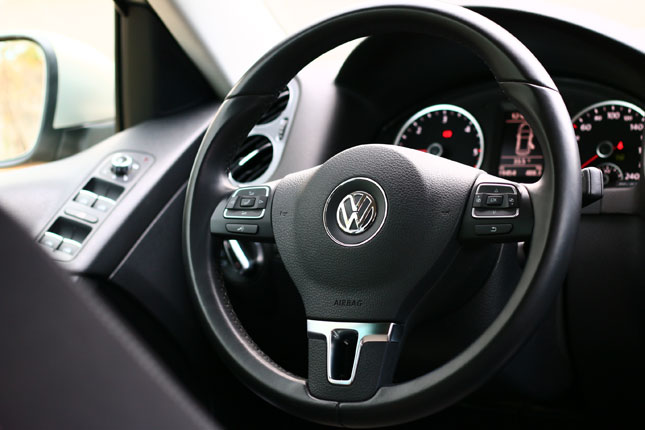 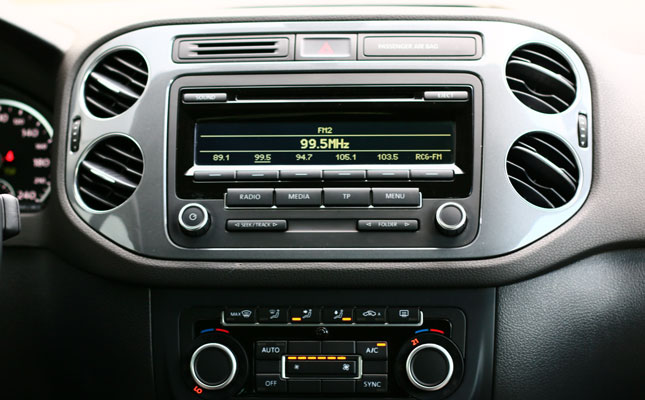 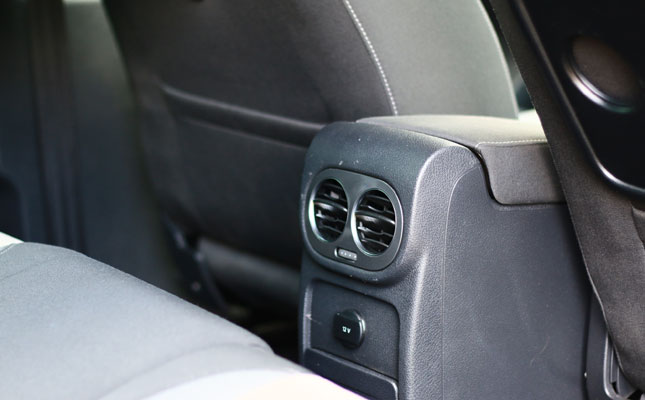 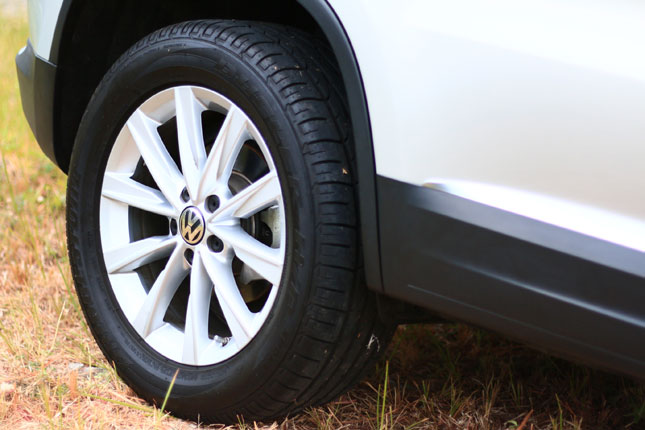 What drives us every day
View other articles about:
Recommended Videos
Read the Story →
This article originally appeared on Topgear.com. Minor edits have been made by the TopGear.com.ph editors.
Share:
Retake this Poll
Quiz Results
Share:
Take this Quiz Again
TGP Rating:
/20