What's the best choice for family and business use?
May 27, 2010
CAR BRANDS IN THIS ARTICLE 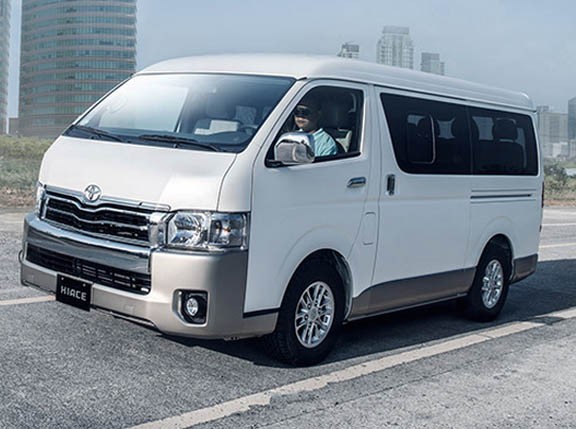 I just got married in March and my wife (who is now pregnant) and I are currently looking for our first car. We want a car that has very "reliable reliability" because we may decide to use it for business (like for public transportation) in the future.

I already did some research and so far, I've gathered that we may use the Toyota Hiace (commuter variant) as a family car and for business. Its D4-D engine has more power compared to the one in the Nissan Urvan and is more fuel efficient (based on what current owners say). However, it costs more than P1 million and I read it is affected by the alleged fuel system problem of D4D engines (fuel filter, fuel pump, and suction control valve issues. The parts of the CRDi engines are also more expensive to maintain compared to the non-CRDi engines (like the one installed in the Urvan. As an example, the cost of the modified fuel pump for D4-D engines range from P40,000 to P80,000.

The Nissan Urvan, on the other hand, has overheating problems and is quite sluggish.

We are also considering the Toyota Altis and the Toyota Vios. Although they are not as spacious as a van, our small family will be able to fit in and these cars may also be turned into a taxi, if needed. Of course, we prefer a much bigger car which would fit baby stuff and some relatives. Based on reviews, I understand that the VVTI engines are quite reliable but we prefer a diesel-fed vehicle because the fuel price is lower.

Of course, we cannot remove the Toyota Innova from the analysis. It satisfies most of our wishes, except that it also has the so-called D4-D fuel system issue. I also don't see any Innovas used for public transportation.

I know Toyota has not confirmed the D4-D fuel system problem but I know some owners have raised the concern to Toyota's management. I learned they are trying to work something out but Toyota does not plan to recall and fix the units. They help only those who complain.

At present, we are leaning towards used Toyota vans because they do not have the allegedly problematic CRDi D4-D engines. However, I have no idea on how they perform.

Congratulations! I hope to join your ranks soon as a happily married hubby and a proud daddy!

I had a similar dilemma in the past with exactly the same choice of vehicles. We ended up getting a Nissan Urvan precisely because the vehicle was to be used (in Boracay) for shuttling guests. We needed a vehicle with simple mechanical parts, which translate to the reliability of having less moving and complicated parts that can go wrong over time.

Even if the Nissan Urvan has less power, it is geared far lower than the Hiace and, since it is a simpler car, is much lighter than the Toyota. I can drive from Caticlan to Kalibo in 75 minutes at an average speed of 100kph to 110 kph-not bad for a basically ancient, lumbering van with a truck engine.

For a family vehicle, the Hiace will feel more luxurious than the Urvan, but the Urvan will cost far less to maintain in the future so you get your money's worth with both vehicles.

Now about your D4-D concerns: the truth is that the CRDi systems in general are very sensitive to diesel fuel quality, and if you own a vehicle equipped with CRDi, you must religiously follow the PMS schedule and use the very best synthetic lubricants, plus change the diesel-water separator filters regularly. Loading up diesel is the key factor. I always tell people that you should load up in a newish-looking and clean gas station located in a flood-free area that has good traffic so that the fuels are always restocked and replenished. Quality of fuel that sits for a long period of time in silos can deteriorate over time--chemicals tend to vaporize or get contaminated by foreign substances like rust and water).

My family owns a 2005 Toyota Hilux 3.0 AT D4-D with almost 100,000 kilometers and counting. It has been faultless and has never skipped a beat, having brought the vehicle all over Luzon on a regular basis as well as used in stop-and-go traffic on weekdays. The only time it caused a problem was when the diesel-water separator filter was suddenly filled up with water so we had to bring it immediately to the casa for remedy. Once the filter was replaced and a new batch of diesel fuel was put in, the Hilux ran again like clockwork.

Most of the people who complain about their D4-D CRDi-eqiupped Toyotas are those who live in faraway places where there is a lack of easy and immediate access to a clean gas station that offers fresh diesel fuel. They are usually also the ones who fail to religiously follow the 5,000km PMS schedule. The downside is cost for sure. Every time the Hilux goes in for servicing, the amount range from P6,500 to P8,000 per service. This is standard change-oil and filter stuff, but I noticed they use a lot of chemical additives and cleaners for the CRDi fuel injection and lubrication systems.

Hope this helps you in your decision. Good luck and God bless you and your family! Keep it safe! 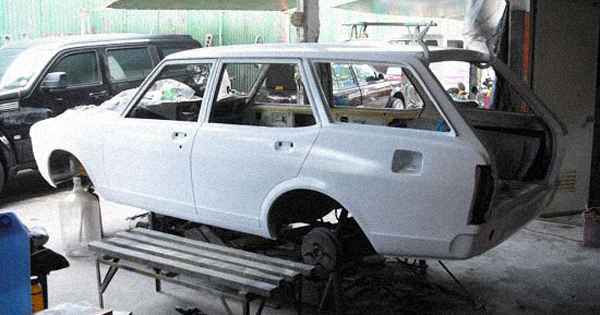 12 things to expect when restoring a car
View other articles about:
Read the Story →
This article originally appeared on Topgear.com. Minor edits have been made by the TopGear.com.ph editors.
Share:
Retake this Poll
Quiz Results
Share:
Take this Quiz Again
TGP Rating:
/20