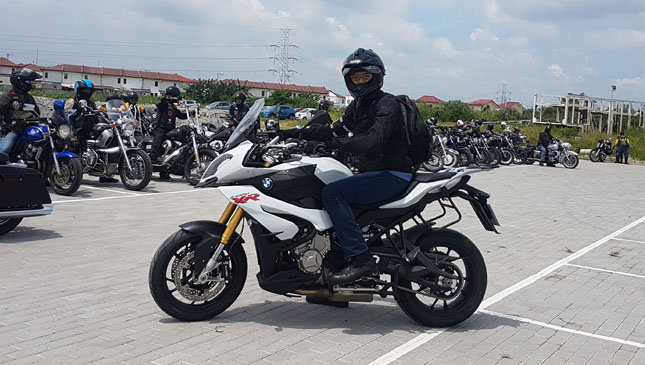 Superbikes give you the epitome of performance on two wheels. They accelerate harder than anything else on the road, and can corner to the point of scraping your knee sliders—or elbow pads in some cases.

Like exotic cars, though, there are always compromises like forward riding position that play havoc on your wrists, and a jarring ride that threatens to turn your lower vertebrae into powdered calcium. This pain has always turned me off to the idea of riding one for any extended period of time.

Enter BMW and the S1000 XR. Touted as an “Adventure Sports Bike,” this machine promises the performance of a superbike and the practicality of an adventure bike (ADV). Basically, BMW is claiming that this is a fusion of its S1000 RR super sports and its venerable GS Adventure series of motorcycles. Did this ungodly union compromise too much? Or does it strike a balance that makes it the best of both worlds? We kicked the side stand up, flipped our visors down, and found out. 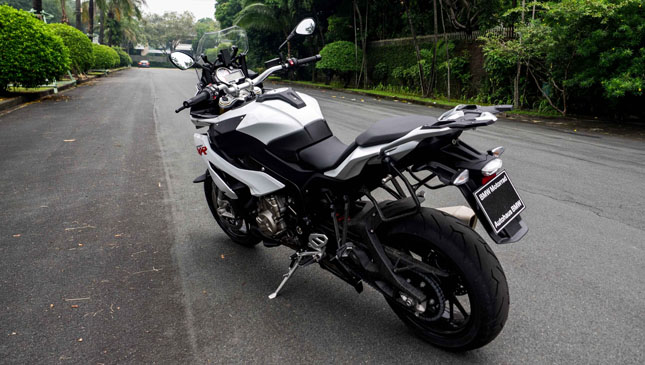 Approaching the 55.5” tall S1000 XR, it’s clear that it has the ground clearance of an ADV. It sits taller than other bikes in traffic, and it's irrefutable that it has the presence of something extraordinary. From the front, it takes its design cues from its superbike sibling, as it shares the S1000 RR’s signature asymmetrical face. Combining it with the “beak” typical of other adventure bikes, you can tell she’s the kind of motorcycle that means business.

Clad in white, the XR exudes quality typical of the German marque. From the large 17-inch rims front and rear, to the fat 190/55 ZR 17-inch rear tire, there is no hiding the sporty intentions of the bike.

The XR fits me perfectly. I’m 6’2” and my heels were flat on the floor. Shorter riders might have a hard time with the 33.1-inch seat height, so drop by your local BMW Motorrad dealership for fitting might be necessary.

If the XR is meant for you, straddle it and one thing becomes apparent: The riding position is about perfect. There was enough space for my legs, and my arms reached the bars outstretched, giving the bike a perfectly upright and relaxed riding position, similar to what you get on the larger ADV bikes in BMW’s range.

After riding through the city and a long stretch of highway, I’ve never felt more comfortable on a motorcycle. The windscreen, although on the small-ish side, provided perfect wind protection at speeds above 100kph, contributing to the comfort on the open road.

Here’s where the XR really shines best: It borrows the S1000 RR’s 999cc liquid-cooled, in-line four—a beast of an engine that outputs 160hp and howls at a stratospheric 11,000rpm. Coupled to a six-speed gearbox with BMW’s quick-shift system and a chain drive, it sprints from 0-100kph in a scarcely believable 3.1 seconds onto a top speed of over 200kph.

The quick-shift system makes short work of upshifts and downshifts. Basically it functions almost like an automatic; clutchless gear changes happen instantaneously as the system automatically matches revs as you step through the gears. All this means that once I was on the road, I barely touched the clutch as I snaked through traffic and onto the highway, where the massive power of the XR made me and hold on for dear life, cursing all the way. 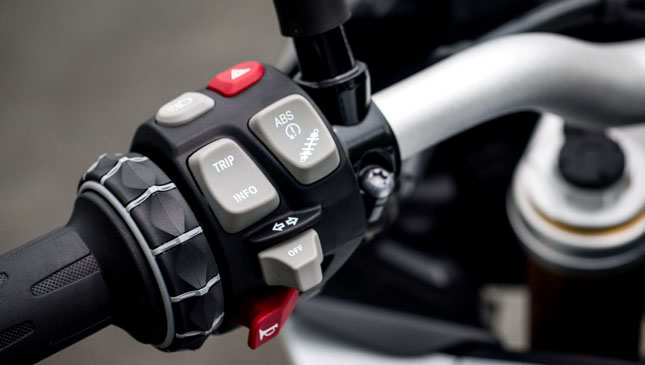 The electronically adjustable suspension was a marvel to behold. It ate corners for breakfast. There was no nosediving even under hard braking, and it didn't even bat an eyelash while negotiating curves littered with potholes. The suspension and the ride, were—in a way—telepathic, adjusting so many times a second that you would be fooled into thinking it had a sixth sense to the conditions ahead.

Braking was mind-bogglingly strong. There was great feedback through the brake lever, while the dual front floating disc brakes with four-piston calipers and BMW Motorrad’s Race ABS made sure that the bike stopped when you wanted it to and without drama. 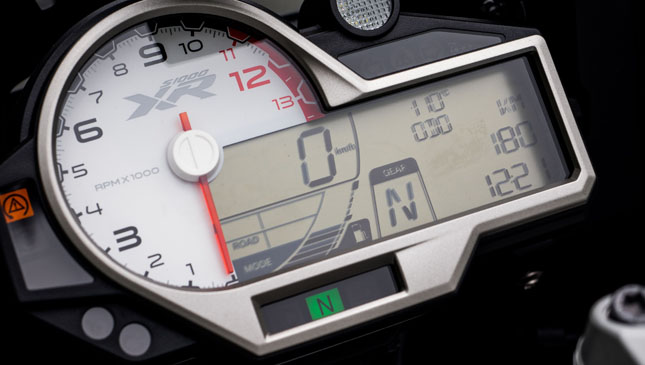 BMW equipped the XR with selectable driving modes. Shifting between Road, Rain, and the track-focused Dynamic changes the way the massive 160hp is delivered, making her tame when you want her to be and a hooligan when you don’t.

More important, the standard automatic stability control makes it so that the bike constantly adjusts the power delivery to keep you safer and find optimum traction.

The S1000 XR is perfect for the person who wants superbike performance without sacrificing everyday rideability and long distance comfort. It consolidates ADV ergonomics with superbike handling and power. A true road carver for the aging titos like me whose backs just cannot take the cramped riding position of a sport bike. The best of both worlds and master of mine, the BMW S1000 XR is one of the best bikes I have ever ridden. 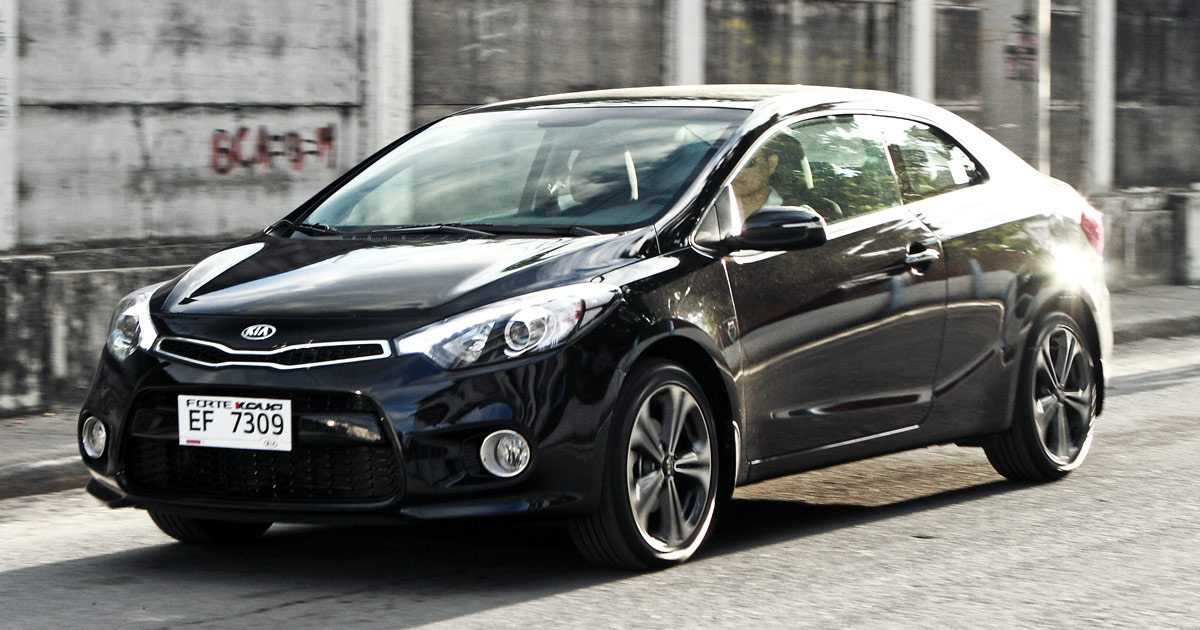