To say it's improved is an understatement
by Patrick Everett Tadeo | Feb 22, 2011
CAR BRANDS IN THIS ARTICLE 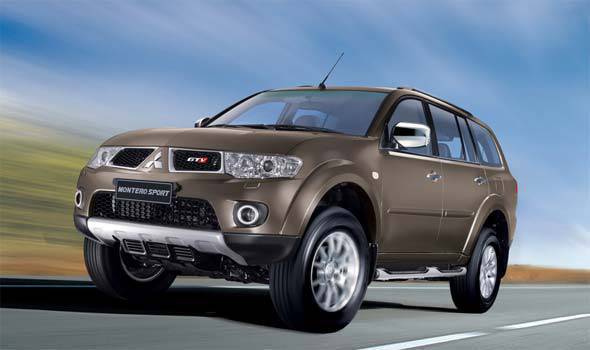 The Mitsubishi Montero Sport is one popular sport-utility vehicle. No sense in arguing against that. As a personal observation, I've noticed that for every two Montero Sport units I see at any given time, I can only spot a solitary unit of the vehicle it has replaced at the top of the public's shortlist for an affordable yet capable 4x4 vehicle.

Seeing how popular the Montero Sport is, it's almost a given that introducing two more powerful yet slightly more affordable variants will only continue the nameplate's dominance in the market.

One such variant is the Montero Sport GTV 4x4, and the three words that'll induce groans and headaches to those mathematically-challenged are what makes this and it's less affluent variant, the GLS-V 4x2, worth considering for new-car buyers: variable-geometry turbo (VGT).

One common problem with turbocharger-equipped vehicles is the so-called turbo lag. When a turbocharged vehicle is running on low or mid-range revolutions-per-minute (RPM) ranges, the exhaust gas produced is sparse. This means the turbocharger isn't getting enough power to boost the engine's power output. The movable vanes of the VGT solves that problem by creating a narrow passageway, which causes the exhaust gases to accelerate and spin the turbo's turbine blades faster. This increases the engine's overall efficiency across the entire RPM range.

It's this little bit of technology that seriously gives the Montero Sport the kind of power and kick its earlier variants have been lacking. It doesn't matter if you're tackling a fast corner on a makeshift dirt track on what used to be the grassy infield of the Clark International Speedway or the flat pedal-to-the-metal drag strip in the same venue; the wide grin on your face and how high your eyebrows have arched up to your forehead are proof enough of how good the add-ons to the 2.5-liter 4D56 common rail diesel engine are.

Even a shotgun ride with two-time Paris-Dakar champion Hiroshi Masuoka showed just how smooth the engine's power delivery is as the genial Japanese deftly threw the GTV through the corners. On tarmac or on dirt, Masuoka-san made quick work of the terrain as he guided the Montero Sport through the twists and curves at speeds no one would dare take on their own personal vehicle. Dirt, dust and mild scratches from the close encounters with the buntings be damned; if the Montero Sport GTV can handle the kind of thrashing it experienced in the hands of a 12-time Paris-Dakar contender, it can certainly handle the pothole-strewn streets of the Philippines.

Unfortunately, we weren't given the chance to sample the Pajero-derived Super Select 4WD system during Mitsubishi Motors Philippines' media test drive of the VGT-equipped Montero Sport variants. Then again, since it's a bit of kit from Mitsubishi's tried-and-tested, multiple-time Paris-Dakar contender, nothing much can be added to show just how competent the Montero Sport is off the beaten path.

The Montero Sport GTV is perfectly capable on the mechanical side but Mitsubishi Motors Philippines did not stop the model's upgrades there. Its interior was also thoroughly reworked.

Upon settling inside the new Montero Sport, the first thing you'll notice is the firm and supportive leather seat, particularly the eight-way power-adjustable system on the driver's side. Never has driving on rough terrain in a relatively affordable 4x4 been as comfortable as it was in a Montero Sport GTV. Immediately in front of the driver's seat, the high-contrast instrument cluster makes for some easy gauge reading while the magnesium alloy paddle shifters give you a semblance of control over the INVECS-II five-speed automatic transmission.

The biggest improvement inside, however, lies in the multimedia and information system with a seven-inch liquid crystal display monitor in the center console. Besides the requisite entertainment feature, which can play DVDs or other media through its iPod connector or USB port, the system also has Bluetooth connectivity that is fast becoming a standard safety feature for hands-free telephone conversations. On top of other useful--and sometimes vital--real-time information like fuel consumption, average speed, drive range, outside temperature, atmospheric pressure, altitude and tire pressure, the system also has a built-in global positioning system so getting lost and folding out a huge paper map over the dashboard and steering wheel should now be a thing of the past.

As Mitsubishi Motors Philippines winds down the sales of the Montero Sport 3.2-liter variants this year to push the GTV 4x4 and GLS-V 4x2 to the top of its model lineup, we can safely say that these VGT-equipped variants will further strengthen the brand's hold in the affordable sport-utility-vehicle market. After all, the current range-topping 3.2-liter GLS SE 4x4 costs P1.720 million and yet its output is lower by 15hp and 7Nm. The 2.5-liter Montero Sport GTV is more powerful and it is more affordable as it costs P34,000 less than the 3.2-liter variant. With these figures, only someone who believes in the old-fashioned gearhead's adage that "there's no replacement for displacement" will pick the remaining stock of the 3.2-liter Montero Sport.