We spend six months with a fast gray Audi RS4

“It might be the definitive fast car for people who don’t like fast cars very much”
by Jack Rix | Dec 29, 2018
CAR BRANDS IN THIS ARTICLE

SUV or wagon? That is the question… 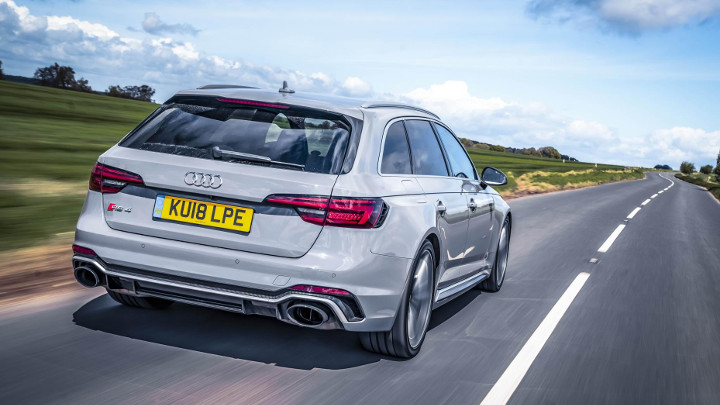 SUVs are fast becoming the default replacement for sedans, hatches, and wagons. They are the Swiss Army knives of the car world that also happen to be on trend. Fortunately, not everyone wants a ‘commanding’ driving position or to sacrifice their center of gravity just to keep up with the neighbors.

If you need space but also speed, a wagon is just so much better-looking, so much better to drive, and so much cooler than an SUV. Or at least that’s what I have engrained on my brain. The question is, will it be a matter of weeks before I’m yearning for the Audi SQ7, my previous long-term tester? Or is the fast wagon still king? Extra spice comes in the fact that it recently lost a twin test with the ruder Mercedes-AMG C63 wagon, and I can see why. It’s not as exciting as the Merc on first handshake, but I’ve got a sneaking suspicion this one could be a slow burner. 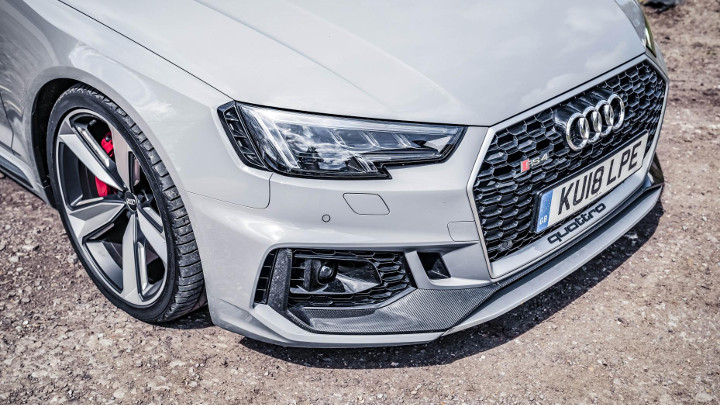 I should declare now that I have previous with the RS4. My first proper paid assignment was driving the 2006 V8 RS4 from London to Malaga (to meet the new V8-engined M3) and back. It was quite an adventure, mainly because I didn’t realize you had to input the country you were in on the satnav, and drove most of the way with a broadsheet atlas of Europe on my lap...but I digress.

The trip burned a deep affection into me for the RS4’s crushing straight-line pace and continent-devouring abilities, and it’s never really left. The chance to live with one properly, then, is more than a little bit exciting. 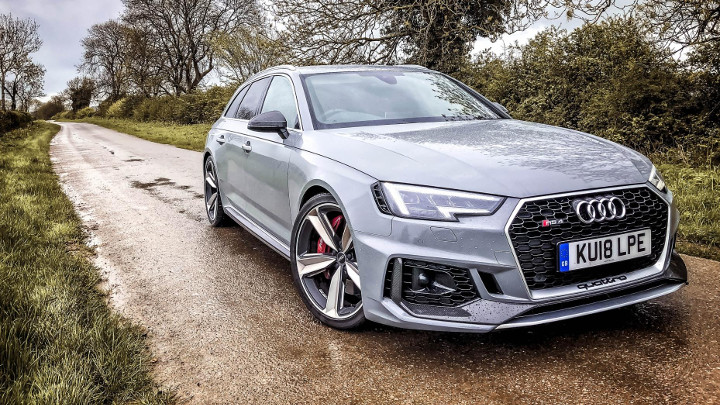 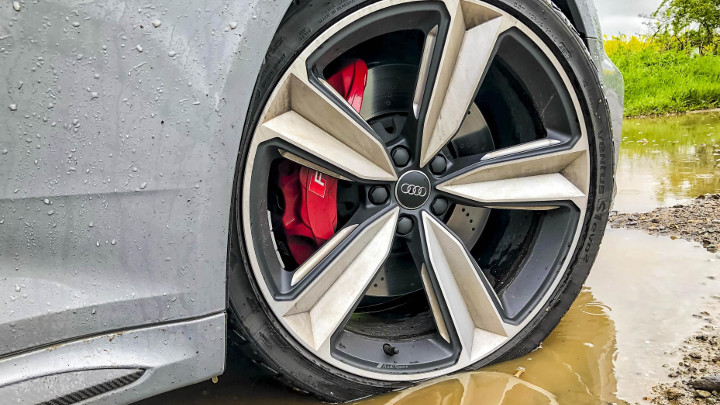 Mr Charles Turner, leader of this parish, dislikes the RS4’s 20-inch rims, thinks they’re “too blingy,” prefers the 968 Clubsport ‘Cup’ wheels on the RS2. Fair play on the RS2 (and an excellent excuse to borrow one—for comparison purposes, of course), but too blingy? Sorry, boss, you’re mad. Yes, it’s a snug fit under those arches, but their purpose isn’t merely aesthetic.

Each is milled from a single billet of aluminum. This not only gives you something to bore your friends with in the pub, it also saves 2kg per corner compared with forged equivalents. That’s an 8kg total saving, for the mathematically impaired. Looking forward to seeing if such slim improvements can save the RS4 from its hefty mass...if I still have a job, that is.

Are EVs really a threat? 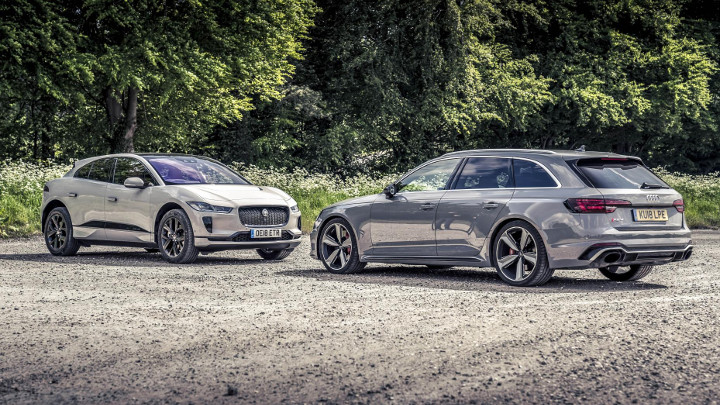 To be a petrolhead is to live in a constant state of stress. Just as we’re coming to terms with the fact that naturally aspirated engines are being choked out by the turbocharger, we get electricity to worry about. Which is why I made sure the RS4 was there to uphold petrol’s honor on our big I-Pace test. That and the fact that the similarities were striking: both circa £70,000 (P4.66 million), both 0–100kph in something starting with a four, both rapid family wagons at heart, both painted in Elephant’s Breath gray. A poignant moment, then.

Fossil fuels handing over the baton to electricity? Not quite. The I-Pace is a wondrous thing, but until charging networks catch up with its engineering wizardry, realistically, its appeal will remain narrow. But not for long. 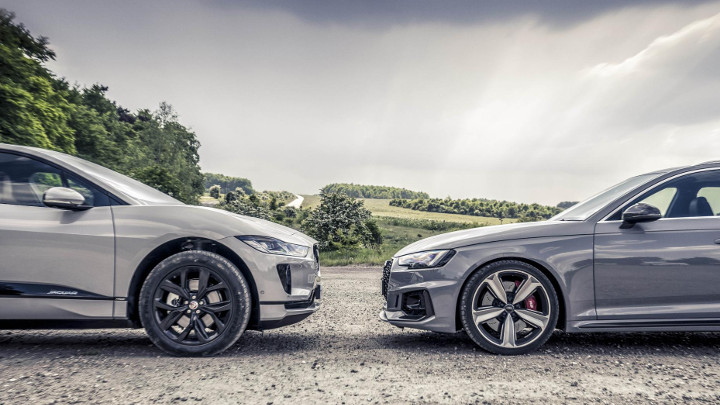 What the exercise highlighted was just how much richer the experience of driving a gasoline-powered car is. Hop from zapping around silently in the Jag to the RS4, and it feels like a living, breathing thing. Vibrations through your pants and palms, a gearbox to get along with, glorious (albeit a touch too synthesized) noise from in front and behind—it’s a full-body sensory experience that we tend to take for granted.

Electricity is coming, and honestly, I couldn’t be more excited, but EVs have got a way to go before matching combustion for sheer thrills. For now, my money would go on the RS4, but since driving the I-Pace, I’m even more acutely aware that we need to enjoy ourselves while we can.

We’ve seen the future—now let’s enjoy the past 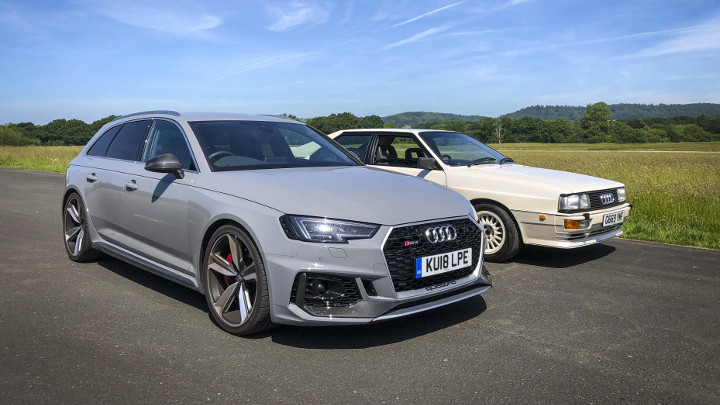 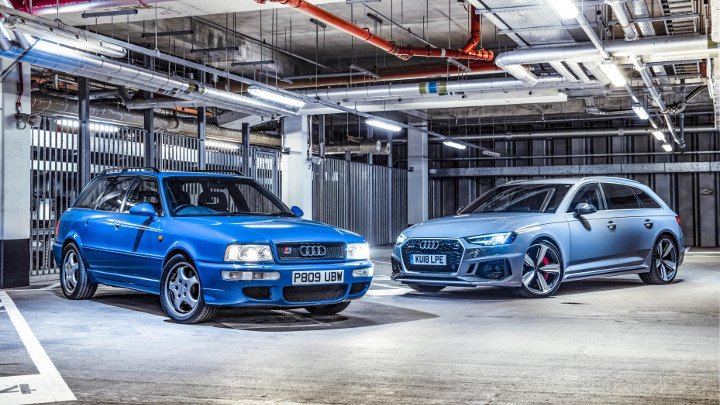 Quite why a fast Audi wagon gets me a bit sweaty and breathless but the equivalent coupe or sedan does very little is one of life’s little mysteries. After some thorough research, though, I have traced the roots of my rapid-wagon soft spot to the Audi RS2, a car I have long-since coveted but, until now, never had the chance to drive.

The reasons for my desire are many. It looks perfect—enough subtle enhancement to convey there’s a hooligan under there, but not so much as to ruin the family-friendly vibe. Then there’s the backstory: The Volvo 850 T5 may have arrived a year earlier, but this was the first fast wagon that really caught everyone’s attention. And because it was the very first RS model, Audi didn’t really have the expertise to pull it off on its own. 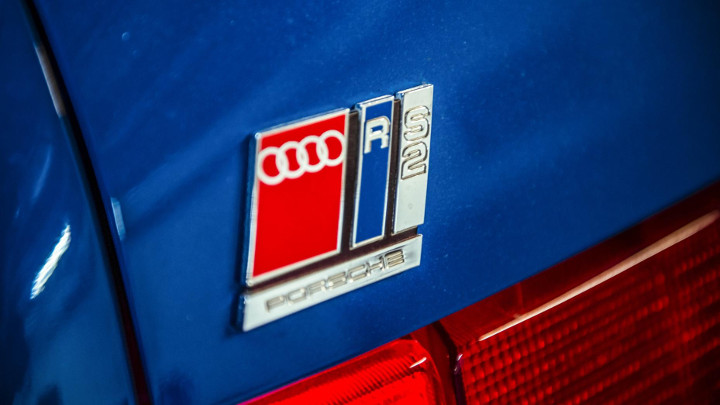 So it called up Porsche to lend a hand. Look closely and you’ll see the Porsche name across the bottom of the RS2 badge, on the red calipers, and on the engine. Audi built the painted bodies, the quattro transmission, the gearbox, and the base, then sent them to Porsche’s factory in Zuffenhausen where it was all screwed together and fitted with the brakes from the Porsche 968 Clubsport, 17-inch cup wheels from the 911, a six-speed manual gearbox, and new door mirrors. The engine was upgraded, too.

The Audi 80 S2 wagon’s 2.2-liter five-cylinder powerplant received, among other enhancements, a bigger KKK turbocharger, boosting it from 230hp to 315hp at 6,500rpm, and good for a top speed of 262kph...supercar figures in 1995. It was built in supercar numbers as well, with only 180 right-hand-drive units coming to the UK, 43 of which are still registered. And none better than this car, with only 5,600km. It’s basically a rolling museum piece and drives as brilliantly as it did 20-odd years ago. 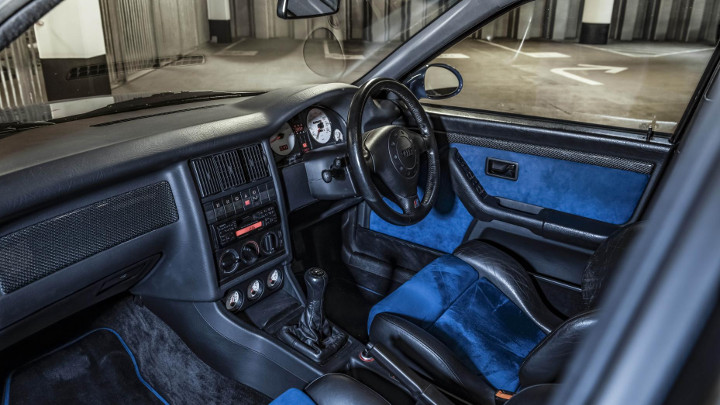 The first thing that strikes me is the size next to our RS4. It’s diddy. Narrow, short, more delicate in every respect. Even on the inside, the pillars are slimmer, the view out is superb. Now, the RS2 isn’t perfect. The entire engine hangs out in front of the front axle—it will understeer if you push it too hard. The engine is a lesson in turbo lag, too. Push the throttle at 50kph in third and you’ll get nothing for what seems like an eternity...then slowly the turbo wakes up, boost builds, and whoosh, you’re off.

Next to the RS4’s near-instant V6, this could be seen as a fault, but really, it’s pure fun and games. You start daring yourself how early you can floor it in a corner, trying to time the boost to arrive perfectly as you pass the apex. The steering is alive and clear; the body rolls, but not enough to stop the 4WD clawing you forward. I think they call it character, and it’s proof that a car doesn’t need to be a dynamic masterpiece to be addictive.

Much of the same traits have been passed down to the new RS4: grip, security, speed above finesse, but when you know where it comes from, you realize it isn’t because the RS4’s engineering team ran out of talent—they’ve simply stayed faithful to the car’s roots. 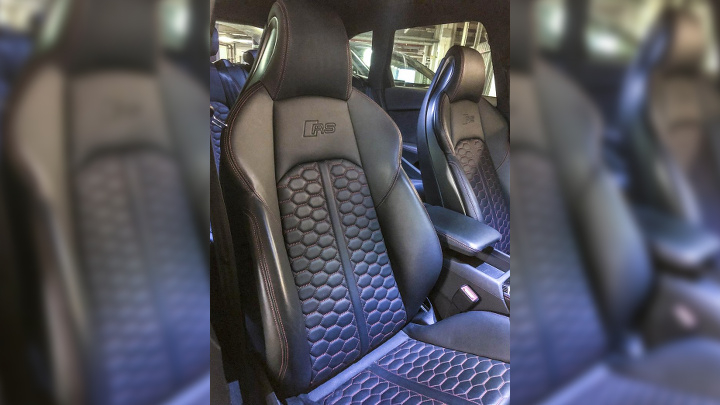 Seats are a lot like waiters—the really good ones, you don’t even notice they’re there. And I can confirm the RS4’s are among the very best. Not love-handle pinchers like the Fiesta ST’s, or with all the pliancy of an ironing board, like the 600LT’s. They simply fit and look fantastic (integrated headrests for the win), there’s not a scrap of sweat-clogged alcantara, and they massage and toast your tired behind with relish.

Bit like the car as a whole, which has slipped so seamlessly into my life that I’m in danger of taking its all-round usability for granted. This is a very fast car, designed specifically for family life, which is why I forgive its bluntness when you up the ante. 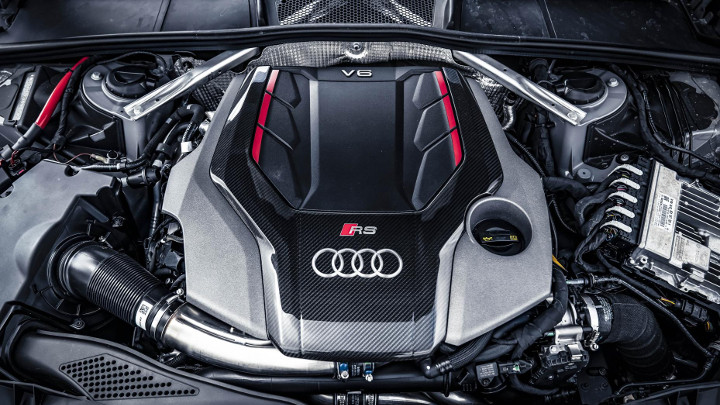 Whoa, that went fast. Six months is up and the RS4 is no more. But if I’m honest, it’s left me more than a little bit conflicted. You see, I’m going to miss it terribly—as rapid, fuss-free family wheels go, it’s an absolute blinder—but it might also be the definitive fast car for people who don’t like fast cars very much. As someone who likes them a lot, so much so that I’ve pursued a career writing about the damn things, you can see my internal crisis.

For me, a true RS, AMG, M, SVR, and so on—one that will stand the test of time—has to have a certain level of compromise, a modicum of everyday usability sacrificed at the altar of speed. It’s not that I particularly like wincing over traffic humps or not being able to hear my podcast properly on the highway. It’s just that these are entirely acceptable when a car is capable of incredible poise, agility, and fireworks every time you take it for a proper drive. 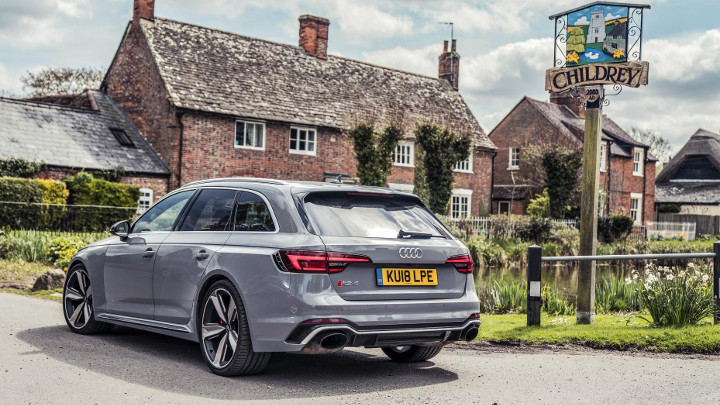 With the RS4, it appears Audi has placed comfort and refinement to match the A4 Avant 2.0-liter diesel at the top of its wish list, and worked from there. As a result, it rides perfectly well at low speeds, even on its spangly 20-inch aluminum wheels, and devours huge distances with ease. But on the flipside, when you want it to really let rip, the deficit is too much to make up.

Flick into Dynamic and the gargling V6 sounds the part, if a little synthetic, but the chassis and steering can’t quite keep pace. It can never hide its mass and rid itself of wallow in the suspension, despite being quite shockingly fast on the straight bits. This may well be exactly how Audi intended it and precisely what its customers were asking for, but this customer would prefer the dial turned up a bit—otherwise you might as well save yourself £25,000 (P1.66 million) and buy an S4 Avant instead.

That said, from the quilted seats to the angry face, it’s a beautiful object to touch and behold, and one that met with universal approval from friends and family...suggesting I’m probably reading into this too much and should just appreciate it for what it is: a straight-line missile with a usefully sensible side. 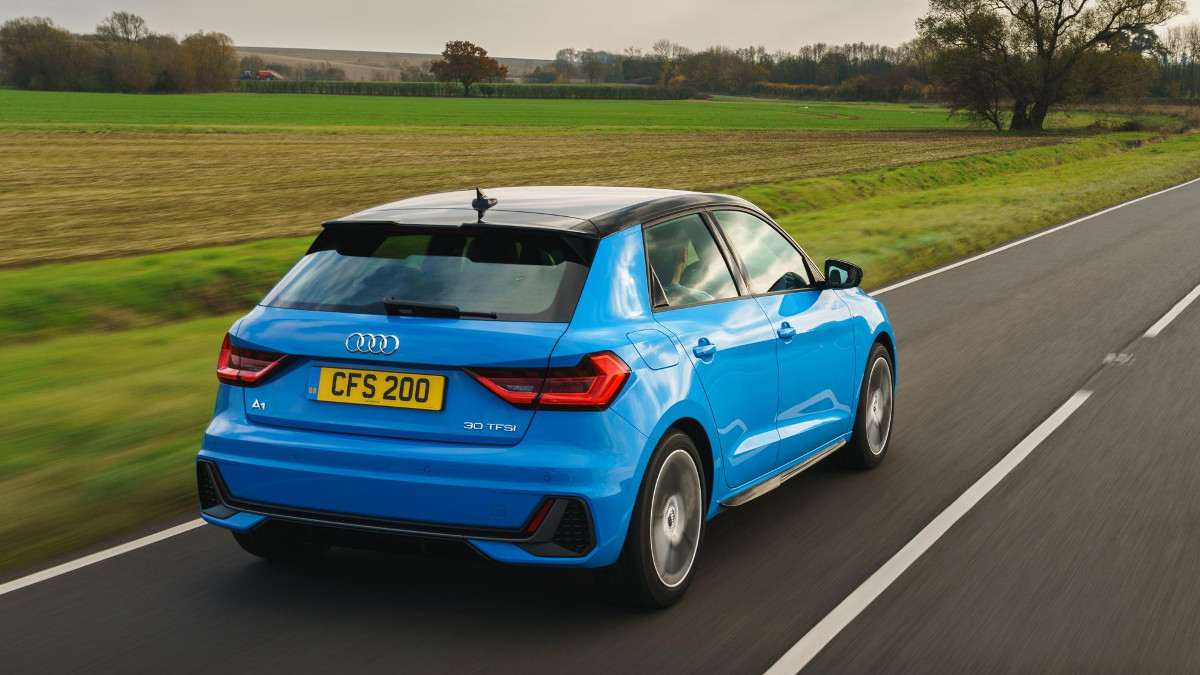 Audi A1 1.0-liter S-line: Is it a legit baby Audi?
View other articles about:
Read the Story →
This article originally appeared on Topgear.com. Minor edits have been made by the TopGear.com.ph editors.
Share:
Retake this Poll
Quiz Results
Share:
Take this Quiz Again
TGP Rating:
/20