First drive: The Suzuki Jimny shines as a bare-bones van

After a year or so’s hiatus in the UK, the Jimny is back, with a twist: It’s now available exclusively as an LCV. That’s a light commercial vehicle, which is ‘van’ in plain English, and in Suzuki speak, it’s coming to British shores in ‘very limited numbers.’ That means 480 units in its first year on sale, or around three per dealer. Getting your name down on one of these is probably harder than for a GT3 Touring.

Suzuki says it could easily sell 10 times as many and is turning people away. Examples of the old four-seat Jimny are still going for a decent price on the secondhand market even though they’ve been accruing age and mileage. Expect some speculators to swoop in for these Jimny LCVs, given they’re priced at £16,796 (P1.17 million) before VAT—or a still tantalizing £19,999 (P1.4 million) if you’re buying it as a private user and popping the tax on top.

What do I get for the money? 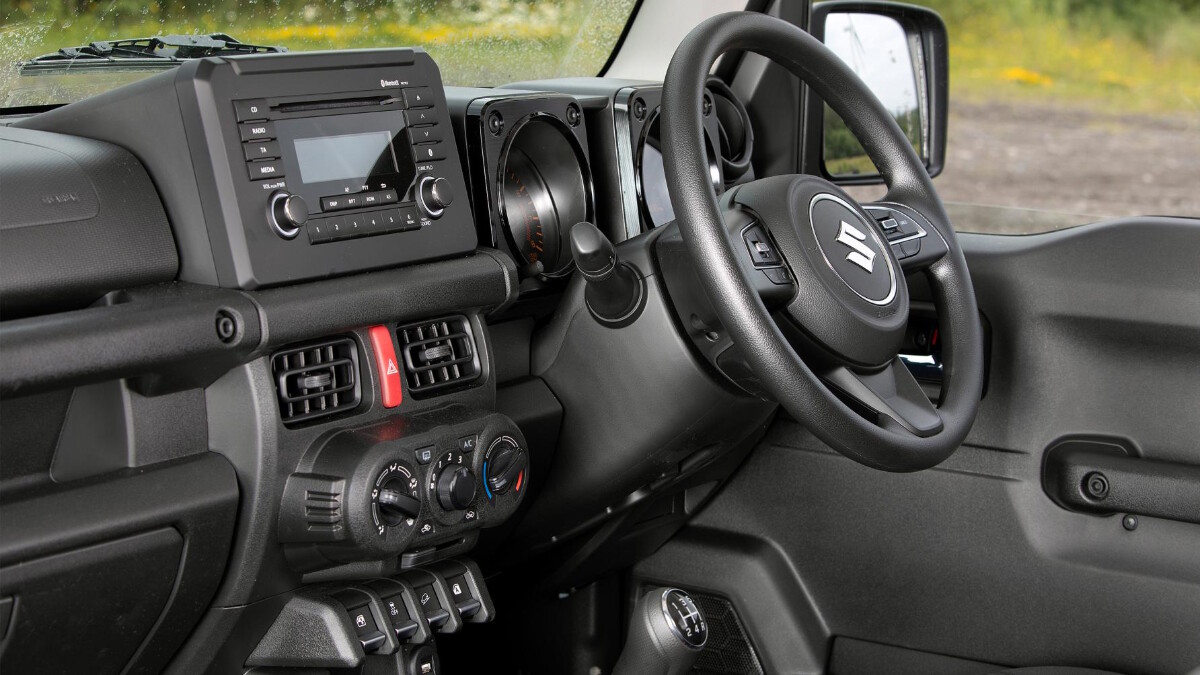 There’s just one specification available, and it’s adorably basic. No satnav or climate control, just a digital radio and regular aircon. There are buttons galore inside.

While you have a choice of colors up top, the steel wheels you see here never change. All the better for bashing mercilessly down bumpy lanes as you travel the countryside with your rural dog-grooming business operating out the back.

How much fur detangler will I fit back there? 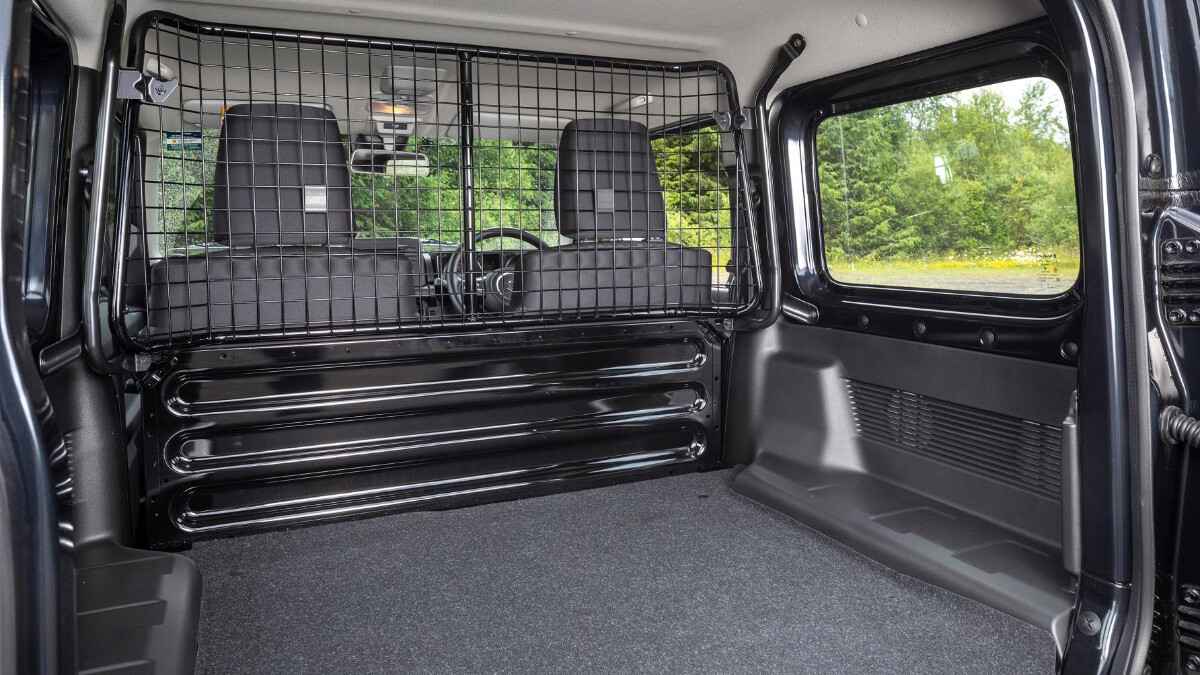 The Jimny LCV has naturally scalloped-out the back seats, and with them out of the way, you have a satisfyingly square 863-liter luggage capacity with a cage ahead of it so nothing comes flying your way when your off-road adventure gets hectic. Mind, it’s only 33 litres more than a regular Jimny’s cargo capacity with the seats folded, only now, the floor is completely flat. The payload is 150kg, which is pretty paltry, and it’s worth bearing in mind the windows haven’t been blanked off.

Remind me of its performance.

The Jimny uses an unashamedly coarse 1.5-liter gasoline engine free of turbocharging and latched to a five-speed manual gearbox. It pumps out a princely 100hp and 129Nm, ‘good’ for 0-100kph in...well, Suzuki’s never said. Reckon on 12sec with a tailwind. The top speed is 145kph, while its not-so-eco numbers are 15.6km/L and 173g/km of CO2. But naturally, you’re barking up the wrong tree if any of the above bothers you—this is a car made for tough utilitarianism above all else. 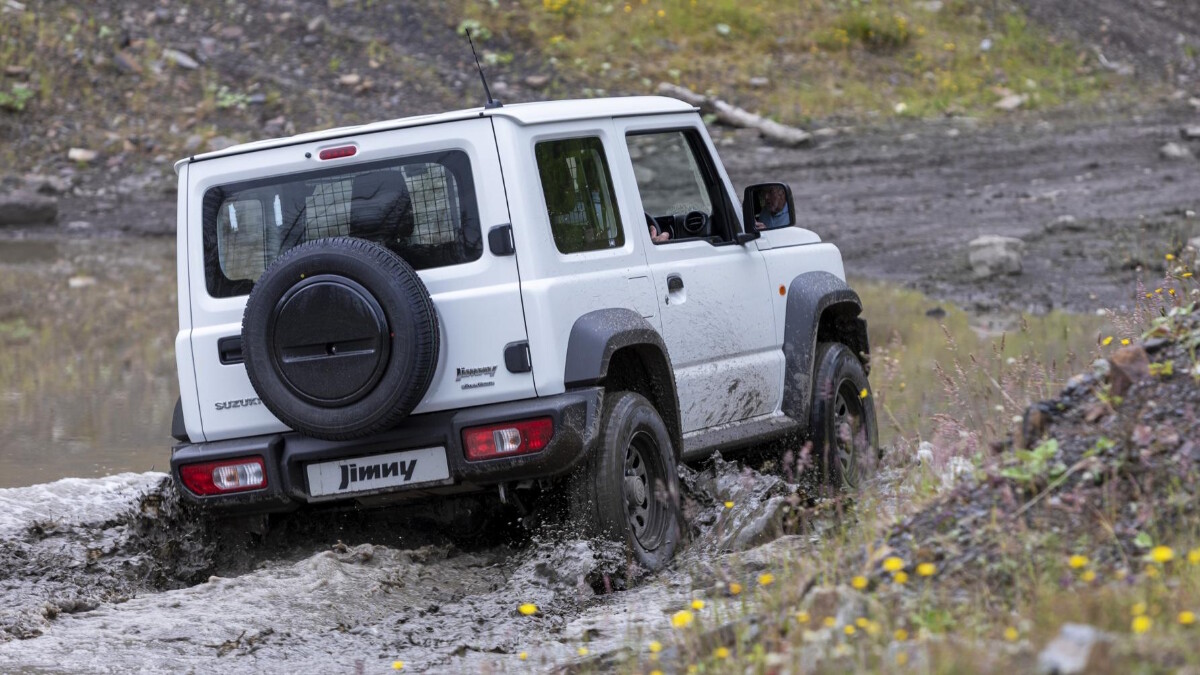 That’s certainly the best place for it. A Jimny on road is a cheery experience when you’re in the right mood, but a downright fraught and flighty one when you’re not (and the weather is bad). Drive one in a strong gale and you’ll be having flashbacks for weeks. Off-road is where it shines, where you can fling it up and down implausibly steep hills with nary a concern, its weeny overhangs removing all the stress. The transmission notches between rear- and four-wheel drive, with the high and low settings of the latter.

This is when you begin to understand Suzuki steadfastly sticking with this engine even when its emissions punted the Jimny pitilessly from European showrooms: It just takes abuse, buzzing away like you’re about to see pistons ping from the hood yet still asking for more.

It works at least as hard as the suspension, with the whole car (sorry, van) just in its element bouncing through forests, quarries, or whichever other ridiculous destinations you’ve ended up in by unerringly following a sat nav set to ‘shortest route.’ You’ll accidentally end up in the middle of a classified firing range long before the mechanicals beneath you are even close to being outfoxed.

Is there a catch? 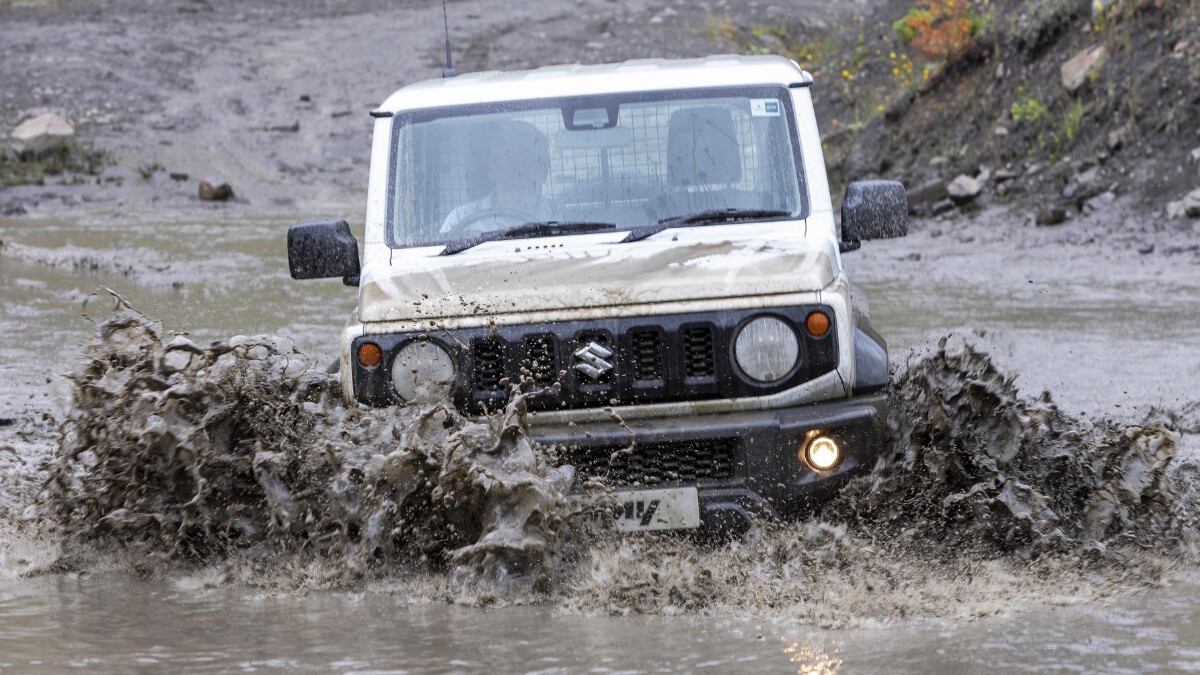 I guess its wider ability is as limited as its availability. A car so uncompromising is rare these days, but that’s precisely where the Jimny’s charm has always lay.

Turning it into a van makes it objectively better—the rear seats have always been tiny (and its cargo area tinier still if they were fixed in place), and such a proudly practical vehicle can only improve with a bigger payload. The frightening cost of used Jimnys proves that the asking price of a new LCV is good value, too.

This plucky little 4x4 transcends mere sense, and the fact Suzuki has fought so hard to get it back on sale when its entire car range is hybridized (with marketing messages to match) proves how vital having a ‘character’ on your team is. Whatever flaws that character may bring. 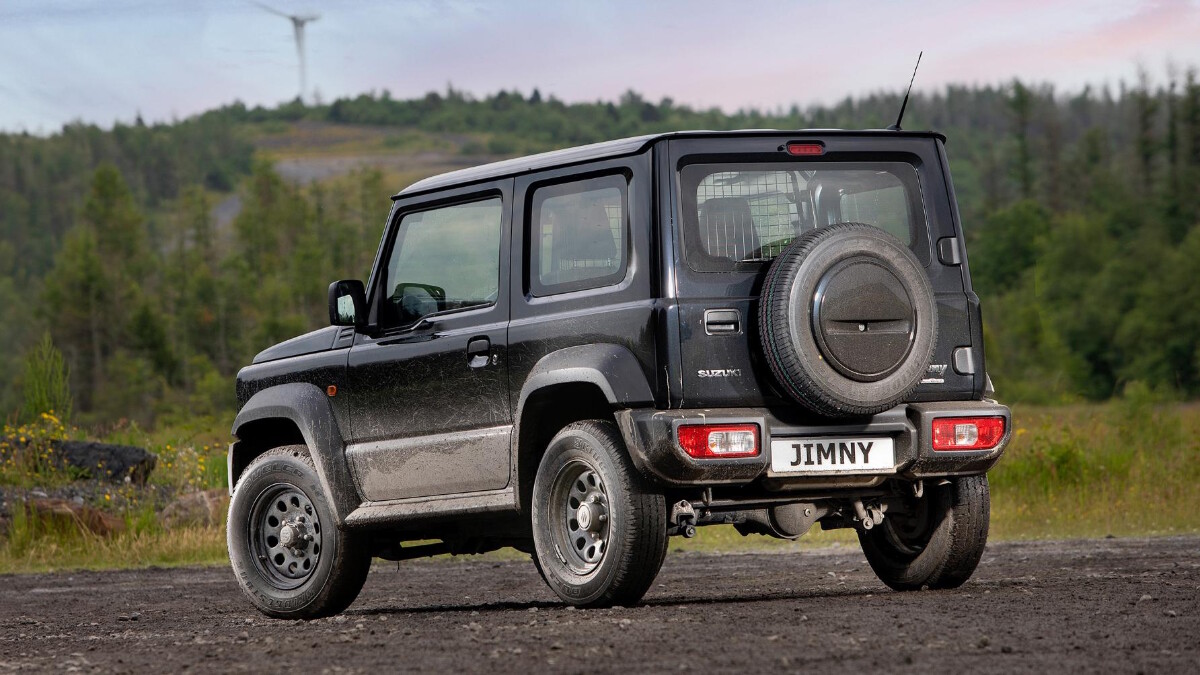 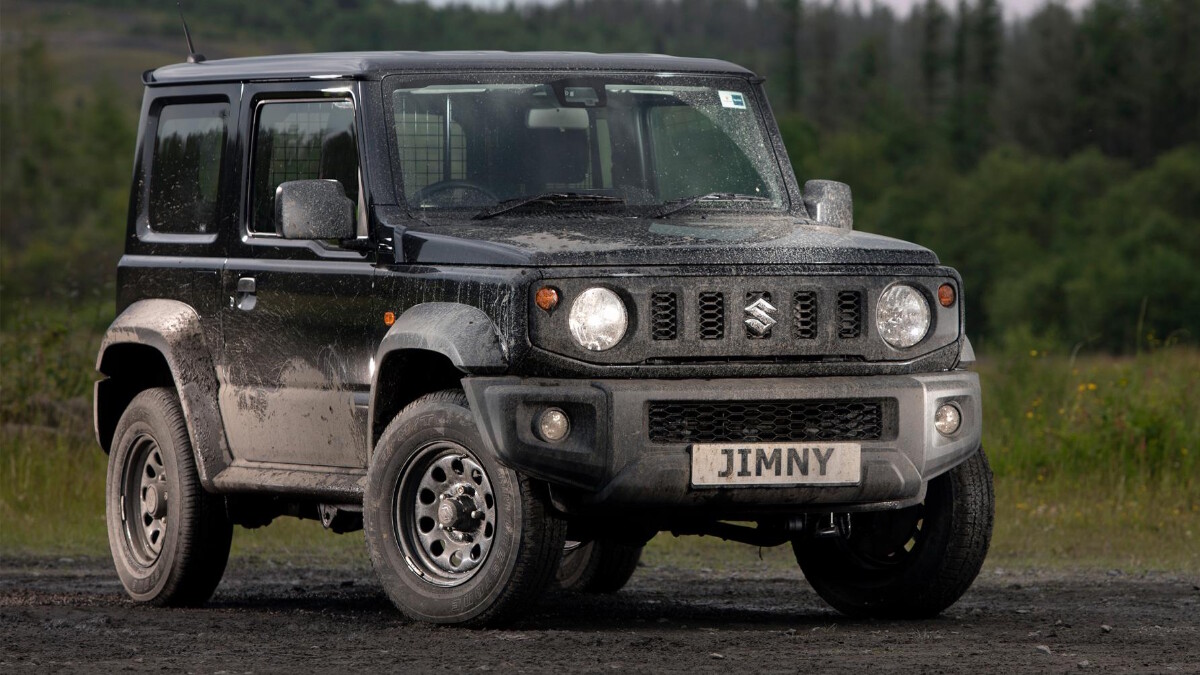 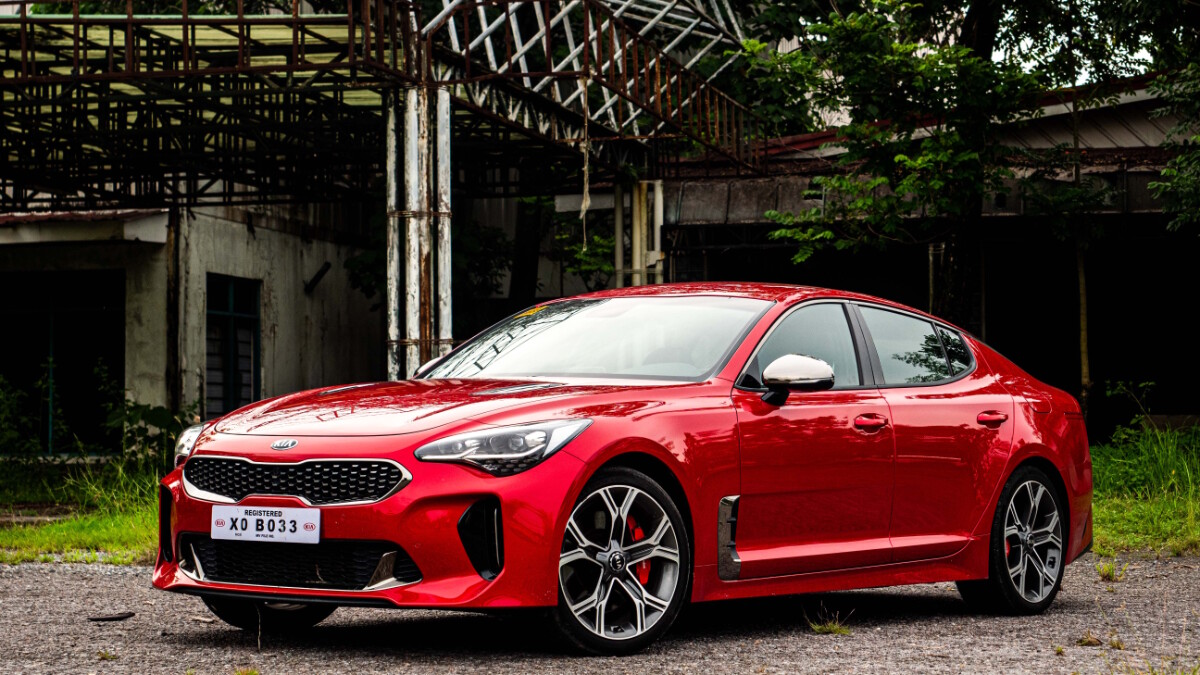 Review: 2020 Kia Stinger GT
View other articles about:
Read the Story →
This article originally appeared on Topgear.com. Minor edits have been made by the TopGear.com.ph editors.
Share:
Retake this Poll
Quiz Results
Share:
Take this Quiz Again
TGP Rating:
/20