High-tech in a simple package
by Jason Ang | Oct 28, 2016
CAR BRANDS IN THIS ARTICLE 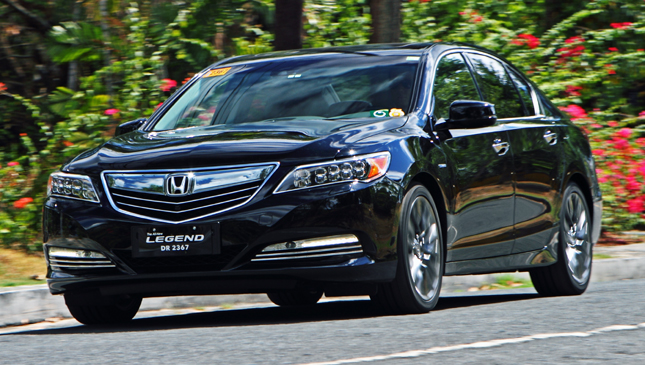 A Honda sedan that costs as much as a European luxury SUV is bound to raise a few eyebrows. But then, the new Legend is no ordinary luxo-barge. It continues the model’s tradition of pushing the brand’s capabilities, in both technology and price. Can it manage to snag enough votes in its favor?

For a carmaker, calling your brand-new model the Legend might seem like asking for it. But Honda was certainly not lacking confidence when it first launched the nameplate in 1990. That model was part of the debut lineup of Honda Car Philippines. It was, indeed, if not quite a Legend, a Shocker--a Japanese luxury sedan that cost almost four times the Accord at that time. But even then the Legend could compete with European cars in terms of specifications and performance. 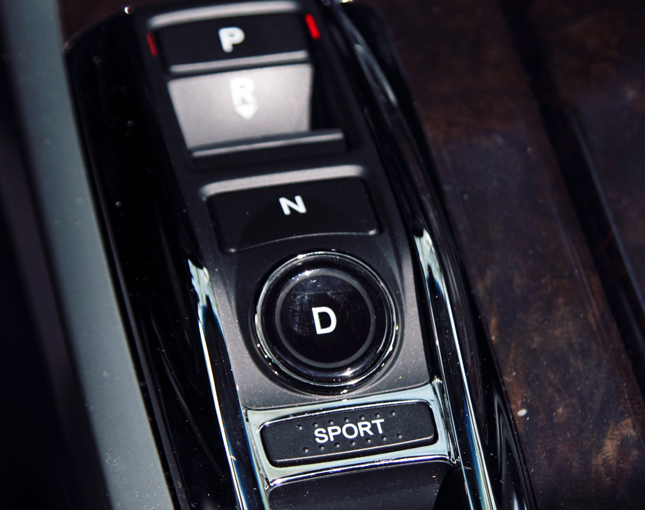 The all-new Legend represents a jump of three generations. Like its predecessor, it is packed with technology. For starters, it is a gasoline-electric hybrid. Push the starter button and the engine doesn’t actually start. Rather, the electrical system powers up, and a small green light indicates ‘Ready.’ Push the D transmission button and the Legend can now roll out, silently powered by batteries and electric motors. As with other hybrids, the gasoline engine kicks in once the car is up to speed or if more power is needed for acceleration. So far, pretty standard hybrid fare.

Where the Legend differentiates itself is in having not one but three electric motors. One motor can drive the front wheels along with the gasoline engine, and the rear wheels get one motor each. This gives the car the extra traction and safety of all-wheel drive, without the additional differentials and a drive shaft that could intrude into the cabin space. 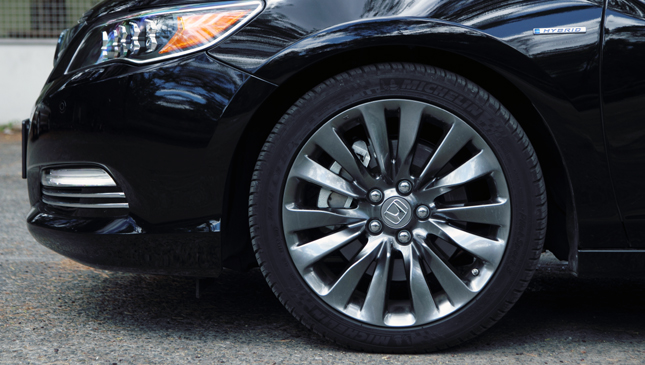 The drivetrain monitor that can be viewed on the central screen, and also on the head-up system, shows the various paths of energy within the Legend. From standstill, the rear motors accelerate the car, then the gasoline engine kicks in. If more speed is called for, all three motors provide additional propulsion. When cornering, the outside rear motor supplies more torque. According to Honda, the extra torque helps to turn the vehicle, just like rowing harder with the outside oar in a rowboat or an animal kicking harder with its outer rear leg.

The system sounds incredibly complicated, and indeed the torque distribution monitor can be hypnotic. But as the driver, you won’t feel any of that. You just feel that the car turns more smoothly and that it has loads of grip in reserve. This lack of drama could be somewhat disappointing, because who wouldn’t want to feel like a World Rally Championship driver? But the Legend is a luxury sedan, after all, and the system is designed to provide smoothness. 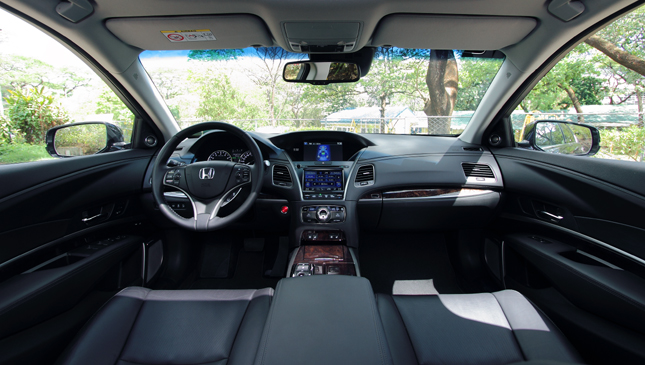 Given all its newfangled technology, it is a pity that the Legend isn’t more distinctive when it comes to its looks. It goes for understatement all the way. Despite the large chrome shield up front (a styling cue shared with Honda’s luxury brand Acura), there’s little on the sedan to call attention to itself. The jewel-like array of LED headlights is certainly striking when you see it, but from across the parking lot, the Legend can get lost in a sea of Accords and the common Camry.

The interior appointments are similarly subdued. Everything is stitched, tucked and glued to perfection, with materials suitable to the P4.38-million price tag. To keep up with its European and Japanese rivals, the Legend is equipped with a branded audio system. In this case, it’s a 14-speaker sound setup designed by US audio specialist Krell. Sure, it can blare out concert-quality sound at deafening levels without breaking a sweat, but the high point of the system is the clarity even at whisper levels. The supremely quiet cabin no doubt helps with this.

The Legend feels so secure and confident that while driving it, I sometimes erred on the side of indiscretion. I once underestimated its acceleration and rapidly approached an SUV that suddenly pulled to the right without warning. The passengers were alarmed, but as the driver, I felt uncannily serene. Even as the ‘Brake’ warning flashed and the approaching obstacle loomed large, the vehicle’s braking was stable and rock-solid. 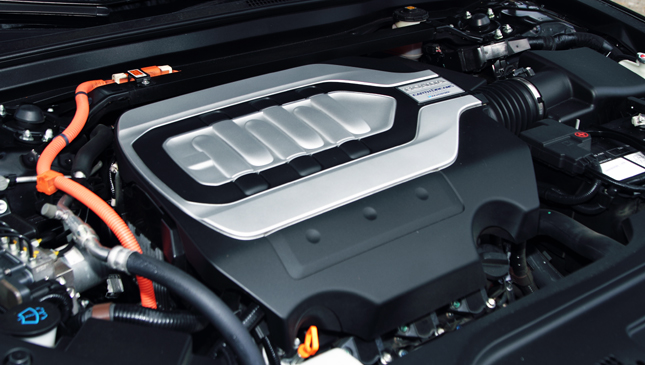 So is the Legend, as Honda has promised, a sedan with the power of a V8 and the fuel efficiency of a four-cylinder? The V8 power is certainly not a stretch. With the assist of the electric motors, the V6 does pack a punch, and even has a subdued VTEC growl. The VTEC gasoline engine is, by itself, a sophisticated piece of kit. It can operate in four- or three-cylinder mode to cut consumption, and when coasting, it switches off completely. During our test period, the fuel efficiency hovered around 6km/L in city driving. That’s not too bad for such a large, heavy sedan.

The Legend stands out in providing a unique technological solution for an all-wheel-drive, four-wheel-steering sports sedan. To its credit, you can ignore the tech and just enjoy the speed and silence. 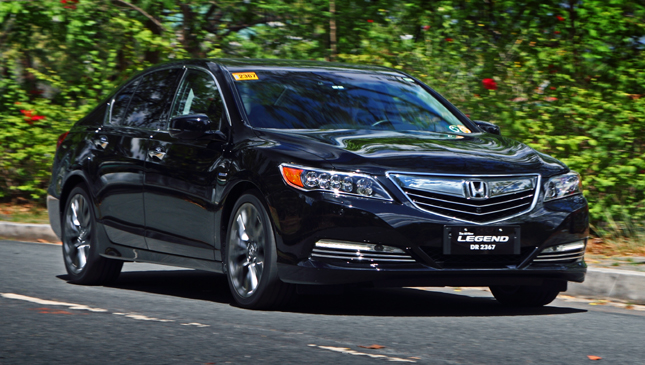 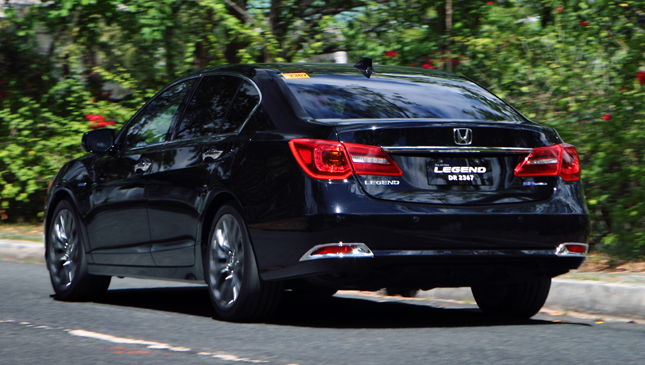 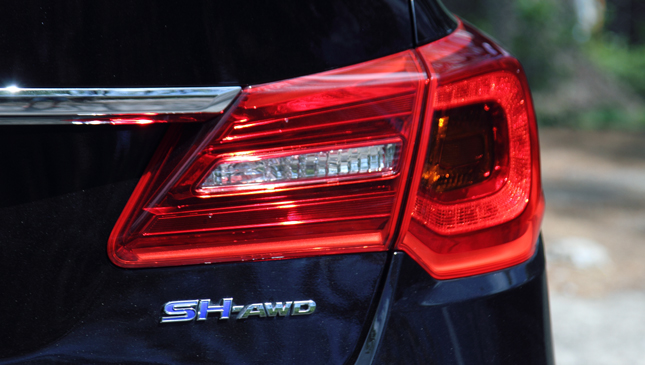 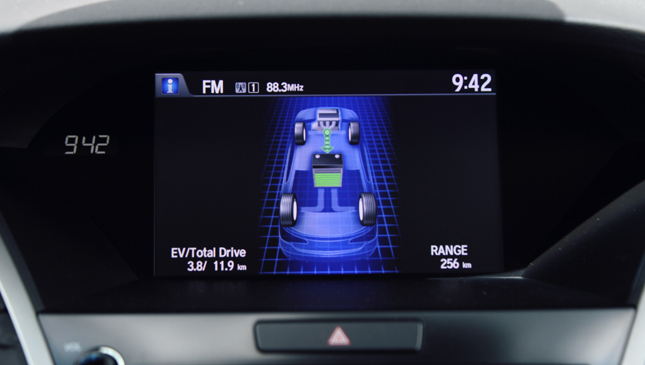 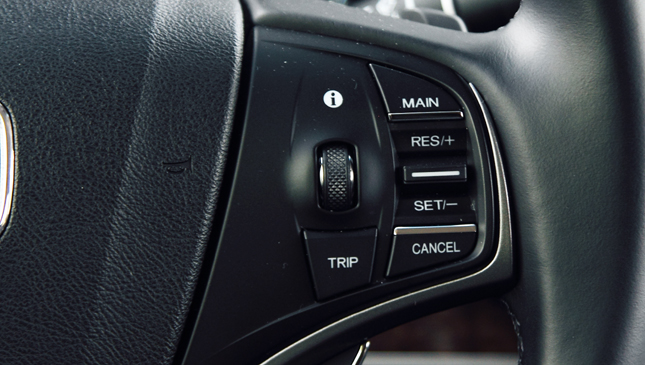 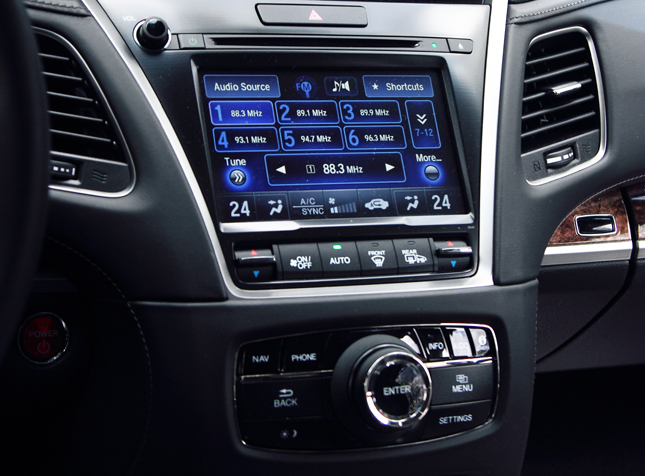 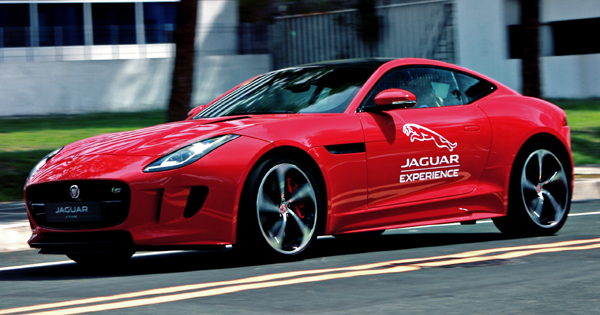