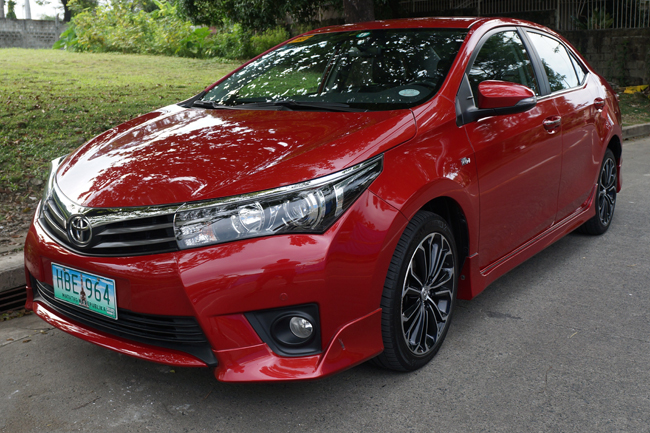 Before the Vios arrived and became the all-around vehicle in Toyota’s stable, the Corolla (without the Altis suffix) was the Japanese carmaker’s best-selling sedan. But as the Vios ascended in the past decade, the Corolla grew larger and cumbersome. By the time the 10th generation rolled in, it had become more like a mini Camry than the athletic sprinter many college students had joyrides with.

But since the introduction of the 86, Toyota has been steadily upping the excitement of its automobiles. The new Corolla Altis launched last year bears the stirring new DNA of this lineup invigoration.

Is it a smooth cruiser or a street carver? Let’s find out where the Toyota Corolla Altis, in 2.0 V top spec form, lies. 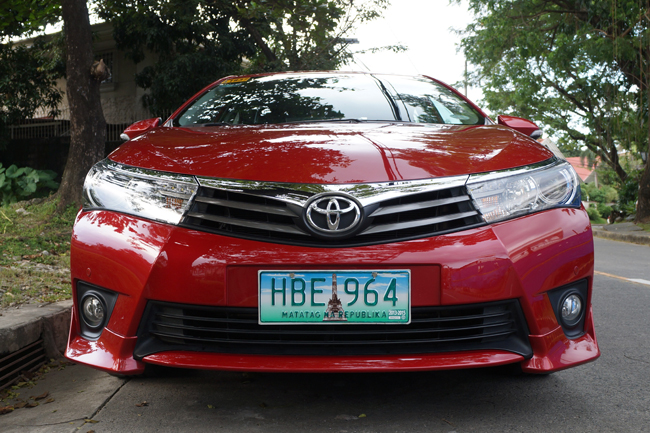 In terms of looks, the Altis is a home run. The front end is sleek and seems shaped to slice through the wind. The broad strokes that define the Altis’s body make the Toyota compact sedan pleasant to look at. Enhanced by the standard bodykit in this top variant, the Altis even comes across as sporty.

The longer you look at it, the Altis seemingly has no discernable weak angle. Yes, the rear spoiler looks a little ricey, but it doesn’t detract from the overall aesthetic. The multi-element headlights that merge seamlessly with the grille, the slim taillights, the bold wheels...all these details come together in a package that’s both pleasing and handsome. 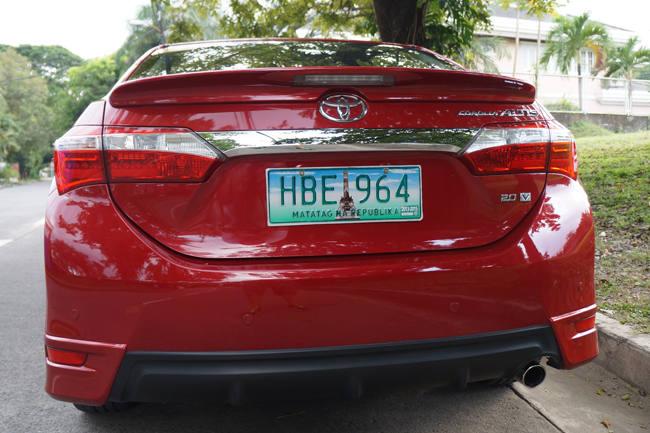 Whereas the outside still straddles the line between sedate and sporty, the cabin is surprisingly on the racy side. The leather seats are bolstered quite well, enough for a bit of fun in the corners. There’s a noticeable bit of carbon-fiber trim on the dashboard, and it doesn’t look forced or out of place.

And we just want to say Toyota absolutely nailed it with the steering wheel. The leather tiller is meaty, stylish and equipped with thumb hooks that are a joy to grip. It almost makes you forget the awfully tacky faux wood steering wheels of Corollas past. 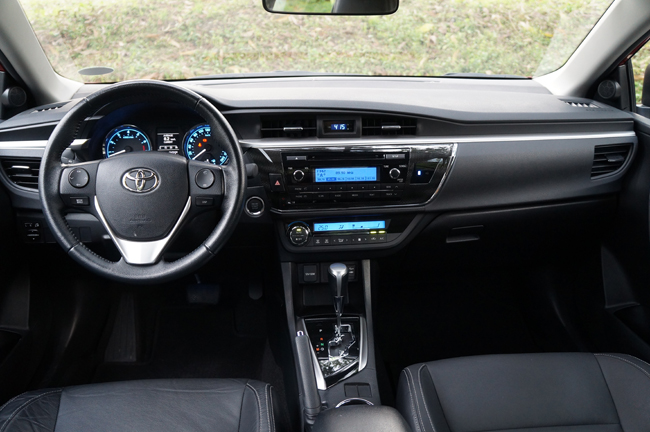 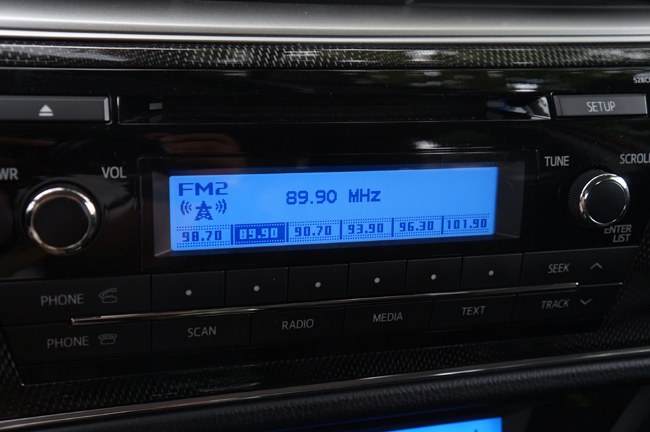 There’s a surprising spring in the 2.0-liter in-line-four’s variable valves. Peak torque of 187Nm comes relatively early at 3,600rpm, and this makes throttle response immediate and gratifying. There’s certainly enough power to dart in and out of tight traffic situations when needed.

Perhaps we enjoyed the engine response a little too much, as we only averaged 9km/L in mainly urban driving, with fuel economy dipping to low 8's sometimes. But that’s still a decent figure considering the size and weight of the Corolla Altis. 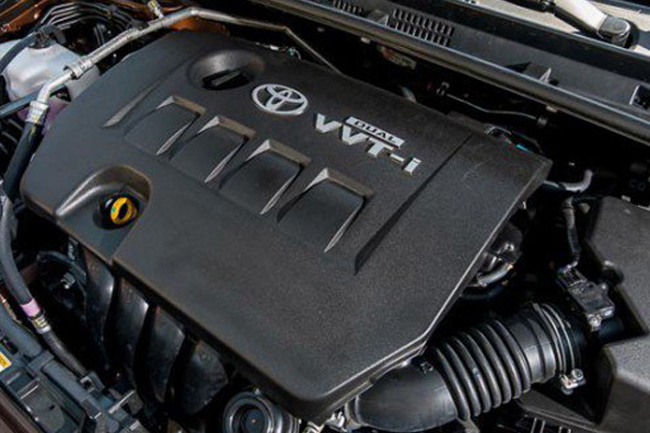 With a firm grip on the tiller and a sure foot on the accelerator, motorists who enjoy driving will have fun with the Altis. The ride is sporty enough to avoid any unwelcome undulation, and the precise handling will let your confidence grow the more you spend time behind the wheel.

The Toyota genes are still strong, however, so the Altis can also play the role of a relaxing city cruiser very well. Even with 17-inch wheels, road imperfections and uneven surfaces are absorbed easily. 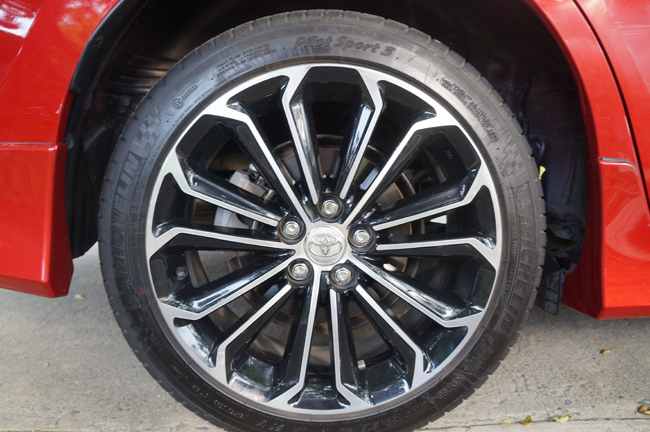 As expected in this price range, the 2.0 V Altis comes with start/stop ignition and steering-wheel controls for the audio system and hands-free calls. Behind the wheel are paddle shifters for those who like manually controlling the CVT. 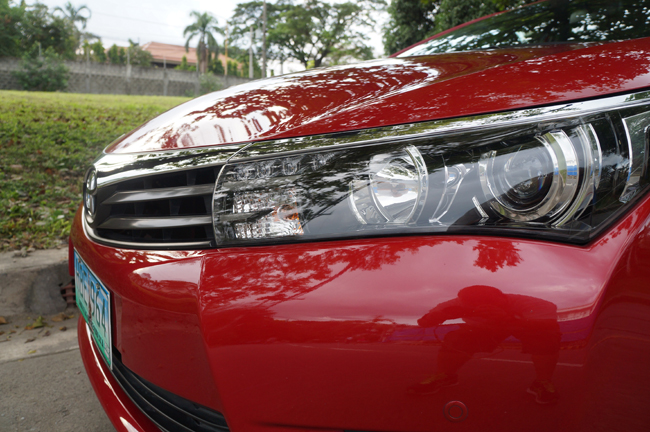 Those who remember the Corolla as a reliable first car will be surprised at how big and expensive it has grown. This 2.0 V’s P1.2-million price tag is intimidating. But what you’re getting is one of the finest sedans in the compact segment--and a good argument to go back to a car if you’ve been enamored with SUVs lately.

The Corolla Altis is still very much a Toyota--in comfort, style and (we expect) reliability. But it has been infused with the excitement that has been permeating the Japanese brand the last few years. The result is a car that is fun to drive, and looks dashing on the road. If you’re in the market for a car of this size and budget, it’s almost a no-brainer.