Stepping up its game

The all-new Brio brings Honda back into contention in the mini-hatch segment
by Niky Tamayo | Apr 23, 2019 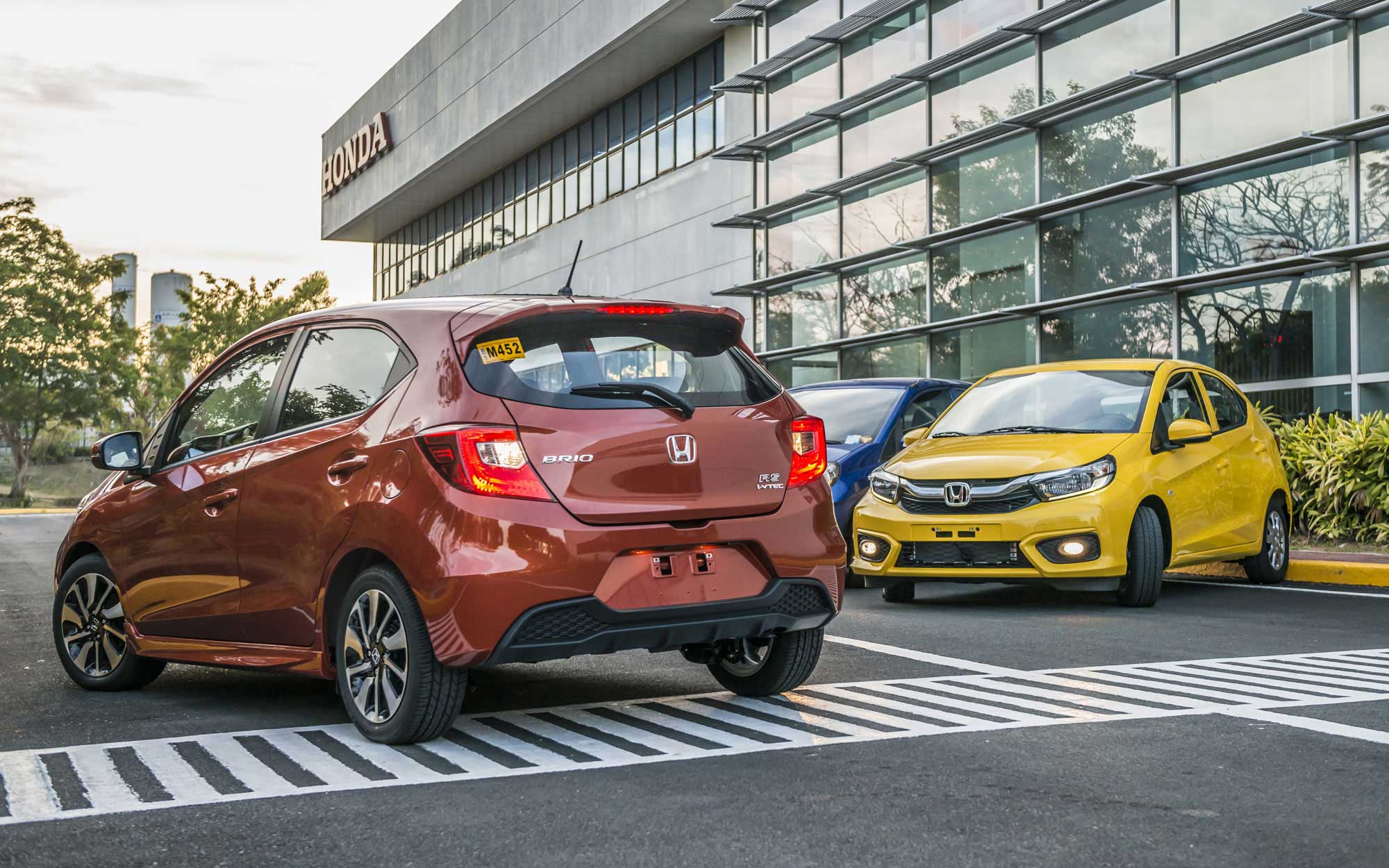 ‘But the biggest Hail Mary pass here is the space’

When Honda showed off the NSC (New Small Concept) at the New Delhi Auto Show back in 2010, it was signaling its intent to tackle the economy-car class in developing markets. This was a segment in which Honda had struggled due to its high-priced (though arguably high-quality) offerings compared to its competitors. Thanks to aggressive content localization, it managed to capture some market share in India and Thailand.

The Philippines, however, has proven to be a tougher nut to crack. When the Brio launched here in 2014, we were impressed by its stylish charms (okay, so the chrome taillights are a bit naff) and lively demeanor. But it lacked the impressive utilitarianism of its big brother, the Honda Jazz. In the three years it took Honda to bring the Brio here, we’d seen an explosion of practical little hatchbacks such as the Celerio, the Mirage, and the Wigo—cars against which the Brio was found wanting in terms of utility, despite beating them handily in terms of performance. The P100,000 price difference was simply the final straw. Not even the slightly larger four-door Amaze variant could compete against the taxi specials.

Despite this, the new cheap car platform has paid off for Honda, spawning the seven-seat Mobilio MPV, followed by the BR-V crossover-SUV...uh, thing. Okay, so maybe the BR-V is just an MPV on stilts, but it boasts style, utility, and a decent price, which are reflected in its sales. Given how easily Honda had found some extra space in the platform for seven seats, we were left wondering how long it would be before the Japanese carmaker finally applied this know-how to the original, left out to dry in the back corners of the showroom.

The new second-generation Brio debuts with the shark-nose grille that came with the 2017 Mobilio facelift, itself a riff on the look of the new Civic. A more aggressive grille opening provides for a bigger cooling area and less flat black plastic on the Brio’s face, making for a more upscale appearance. The front door remains identical to the old car’s, which, I guess, keeps production costs down, but a 60mm stretch in wheelbase allows for a bigger rear door. The old car’s quirky all-glass hatch and triangular lights have sadly made way for a more generic, more conventional design. A pity, but the lower loading lip and the lighter, easier-to-close hatch are a decent trade-off for this minor loss of character.

On the inside, the Brio has lost quite a bit more quirkiness. Gone are the round cowled instrument gauges, the sad froggy-mouth glovebox, and the chunky aircon dials, replaced by the more upscale trapezoidal dashboard of the new Mobilio, albeit still paired with the steering wheel and the door panels from the old Brio. The steering-wheel-mounted audio controls also carry over, but now they’re tethered to a spiffy touchscreen infotainment system, bringing the Brio fully in line with Honda’s other products. Everything is still plastic and high-wearing synthetic fabric, but it all looks and feels much better. Not Honda Jazz better, but at least Honda Mobilio better. The seats also get real movable headrests this time around, which is a godsend for those of uncertain height.

But the biggest Hail Mary pass here is the space. The glorious, glorious space. You can feel all 60 extra millimeters of stretch in the rear seats, which no longer seem like a penalty box to lock the kids away in. And while the new 2,405 mm wheelbase is still shy of the 2,440mm of the Mirage, hot swapping between cars in the parking lot, I can’t tell the difference. Honda has finally brought its A-game in terms of packaging to the Brio. Hallelujah.

The cargo hold is also another revelation. No, you don’t get the same magic fold-flat system as the Jazz. That’s impossible without the same front-mounted fuel-tank system. But you do get folding seats and a generous trunk that’s over 80 liters bigger than before, for over 250 liters in total capacity. That’s finally class-competitive against other small Japanese hatches. And the bigger rear opening means it’s easier to load as well. An impressive gain in utility, despite a minimal gain in curb weight.

One area where the new Brio claims less instead of more is in engine capacity. Gone is the 1.3-liter engine of old, replaced by the same 1.2-liter engine that other markets are getting. It’s slightly lighter, with a plastic intake manifold rather than the heavier cast-metal one on the 1.3, and some slight revisions to engine mounting and airbox, but there are few other visual giveaways to the change. The single overhead cam unit makes a measly 89hp, compared to the 99hp of the old unit. But thanks to the new CVT, which has a better low-range ratio than the old five-speed automatic, it comes off the line more smartly. Maybe, just maybe, there’s less zing in the mid- and upper ranges than in the old car. But in city traffic, most owners won’t be able to tell the difference.

The car isn’t much different to drive, either. The steering feels quite similar to the old car, which is either a plus or a minus depending on how you liked the light electric tiller of the first Brio—only a little of the nimbleness seems to have gone missing. But that stretch in wheelbase does make itself felt in the more relaxed ride over repetitive bumps and ridges, which could get uncomfortable in the old car. And the extra space allows you to stretch out and find a more comfortable seating position without pinching rear passengers against the bulkhead. There’s little else we can suss out from this limited drive. High-speed handling and refinement, as well as fuel economy, are questions for another time. But given the long-legged CVT, the more aerodynamic body, and the new front air dam to clean up underbody turbulence, all should be a big step up from the preceding model.

Honda has gone a long time since it’s had a truly competitive entry-level car. And while the new Brio isn’t quite the second coming of the first-generation Jazz, it makes a pretty good case for itself as being a cut above the other entries in its class. For a brand that’s lost touch with its formerly bohemian roots, the new Brio may just be what Honda needs. 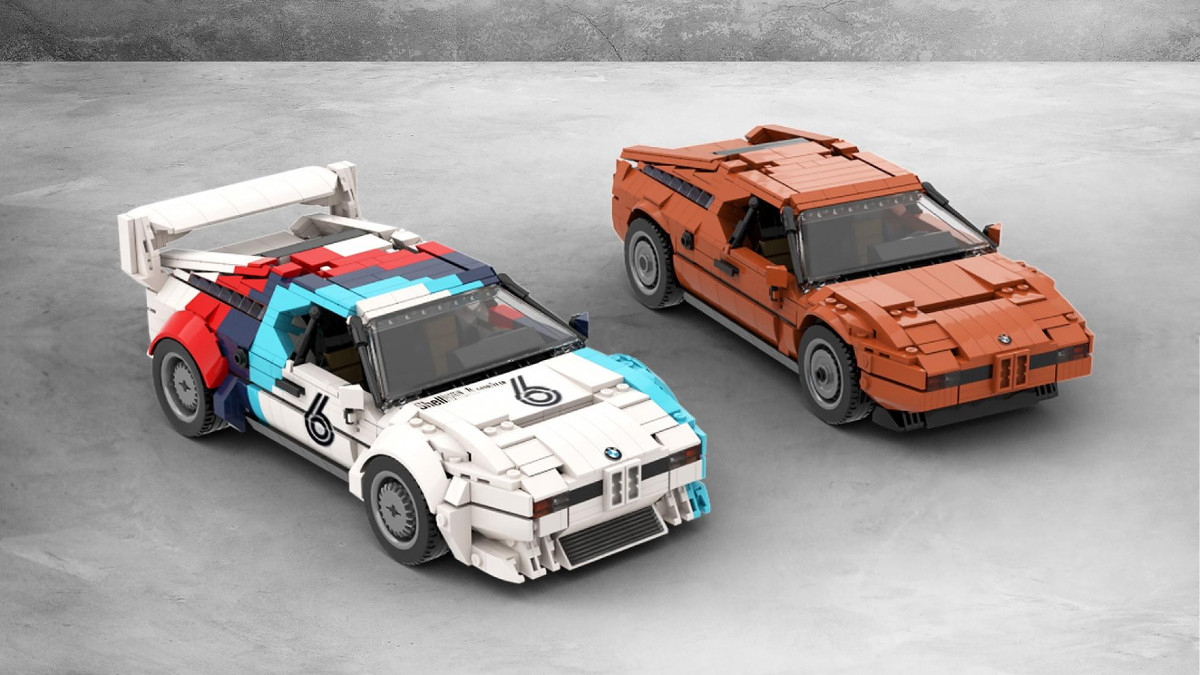