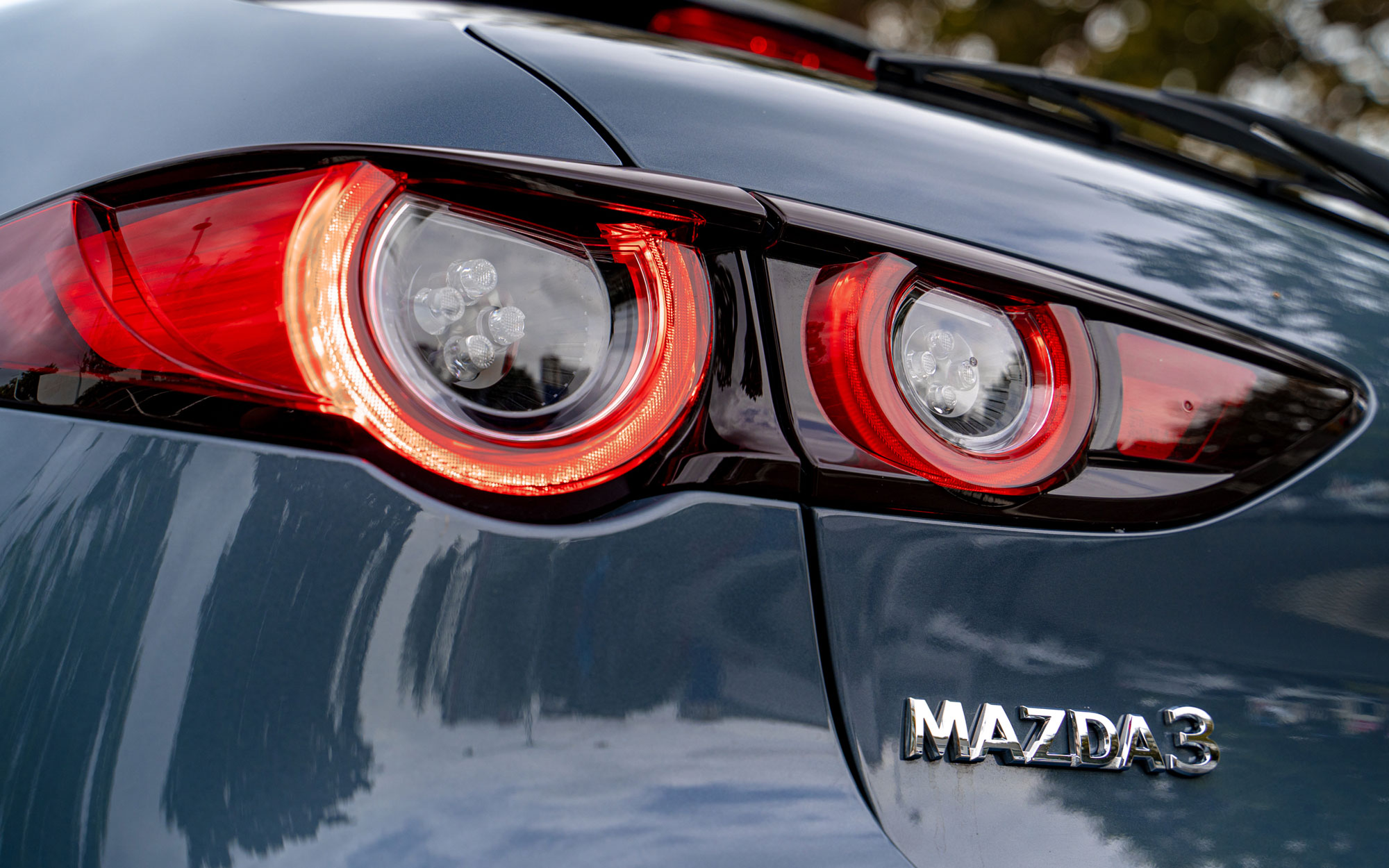 Sitting in front of me is the all-new, fourth-generation, Philippine-spec Mazda 3, days from its local launch. Now, don’t get me wrong—I consider myself lucky to be one of the first Filipinos to see it in the metal and drive it. And yet all I can think to myself is, “This car feels really unnecessary.”

You see, the outgoing 3 isn’t really ‘old’ at all. Its Kodo design has aged well, and its in-car amenities are still on a par with those of its major competitors. Even its Skyactiv engines, measured against the small turbo mills of other carmakers, are solid powertrains.

Still, the Japanese carmaker saw fit to upgrade its compact offering for a new generation. And here I am sitting in the 3’s cockpit, wondering why Mazda even bothered.

I volunteered for this assignment for one reason: The 3 will forever hold a special place in my heart as my first car. I bought a seven-year-old manual BK sedan fresh out of college, and long before I ever envisioned myself as a somewhat-capable motoring scribe, I could tell that the 3 held some distinct advantages over its similarly priced Japanese rivals. Setting aside its slightly more premium feel, the car lived up to its ‘Zoom-Zoom’ billing thanks to its sporty looks and exciting-for-its-class drive. Compared with its straight-laced competitors, my 3 was a badass biker that eschewed its segment’s conventions. It’s no wonder I was able to improve my driving skills by rev-matching and engine-braking in that car.

These days, Mazda lives and dies by the jinba ittai adage, a philosophy which dictates that car and driver has to be like a well-choreographed dance duo—where one goes, the other must seamlessly follow. Or, in the case of futuristic driving tech, the other must predict where and how one chooses to go. And this all-new 3 is certainly futuristic.

Notice the reflective panels. The takumi behind this car’s design decided to hell with conventional character lines. Instead, they’ve let the customers’ eyes and brains do all the work. It’s an idea we first saw a few years ago in a few concept cars, and thankfully, Mazda has kept that ‘less is more’ idea here. Remember as a kid when you would watch your reflection as you passed a building, and you were amazed at how your body changed as you walked? Like a life-sized Rorschach test, this car’s visage changes depending on your perception.

It’s not all futuristic wonder, though. In the rear, you get a set of circular taillights. While strip-style LEDs are damn near must-haves in 2019, Mazda has opted for a look that harks back to the first generation. It might be looking to the future, but the 3 has its foundations firmly planted on the ground. And it’s not the only thing on this new car that reminds me of my old BK.

Inside, you get...even less. There’s the floating infotainment display with dial operation similar to the old model, and you get a heads-up display on top of the gauge clusters to boot. Aside from those, everything is kept as sleek and minimalist as possible. Not subtle, though, are the 12 Bose speakers strategically scattered around the interior. As expected, they provide a crisp, reverberating experience inside the cabin. We play ‘Ob-La-Di, Ob-La-Da’ to test them out, and each clap and cheerful line echoes to the delight of our ears. “Desmond has a barrow in the marketplace...”

In the Philippines, the all-new 3 comes with a choice of either a 1.5- or 2.0-liter gasoline Skyactiv engine. The former does 109hp and 146Nm, while the beefier mill puts out 152hp and 200Nm. Sadly, the much-awaited Skyactiv-X won’t be making it to our shores due to emissions regulations.

We’re driving the 2.0-liter today, and as advertised, it delivers naturally aspirated goodness in spades. Our shoot location in Alabang is small, but there are more than enough short stretches for us to put the 3 to the test. The speedometer climbs at a steady clip, nice and gradual just like with the cars of yesterday, and the engine growl becomes more race-car-like as the revs climb. Flick on Sport mode, and you’re greeted by much more immediate throttle response. This throwback-style acceleration (the BK memories come to mind again) is aided by a ride setup that makes the car feel less like a compact sedan and more like a hefty grand tourer. And it has the stability to match. Oh, that stability.

You see, a driver’s ability behind the wheel is largely based on how well he can manage the car’s weight. Brake too late, for instance, and the car’s weight ends up too far forward. Enter a corner too fast and you could end up with too much weight on the outside, resulting in understeer.

As far as weight transfer to the front is concerned, Mazda has tuned the all-new 3 to surge forward as little as physics will allow. Even a hard stomp on the brake pedal leaves your forehead safe from the steering wheel’s wrath. Believe me, we tried, and we’re happy to report that our mental faculties are still intact. As for cornering, the G-Vectoring Control Plus has got your back.

This second iteration of Mazda’s electronic vehicle control adds to the original’s ability to vary engine torque based on steering input. This time, light braking force is also applied to the outer wheels when you steer, to help the car return to a straight line as you power out of a corner. Even at sub-60kph speeds, you feel the G-Vectoring kick in immediately as you exit a corner, but at the same time, it doesn’t feel like electronic interference. Rather, it eases you back into a straight line in a far less intrusive way compared with other similar systems I’ve experienced. You still feel like you’re driving the car, and never the other way around—a sensation that’s becoming increasingly rare as driver-assistance systems become more sophisticated.

Now, with everyday motoring in mind, is the all-new 3 a necessity like Mazda seems to think it is? No. Not at all. At least not in a country where congestion is so bad that driving dynamics can be seen as laughable a luxury as heated seats.

But for gearheads who want a machine to match their zeal, the compact 3 offers a package that’s old and new in all the right ways. Your inner millennial (not to mention your smartphone) will enjoy the in-car offerings, while your driving skills will appreciate the stable handling and the steady, naturally aspirated acceleration.

No, this isn’t a car for the masses. It’s a machine born of the ever-present—but admittedly dying—need for man to drive and enjoy the act of driving. We’re closer to a driverless future than we realize, but in the meantime, cars like the 3 exist to remind us of the visceral high that comes from feeling G-forces at your fingertips. A feeling that will all too soon be obsolete.

No, we don’t need this all-new 3, but like Batman to his beloved Gotham, we damn sure deserve it. 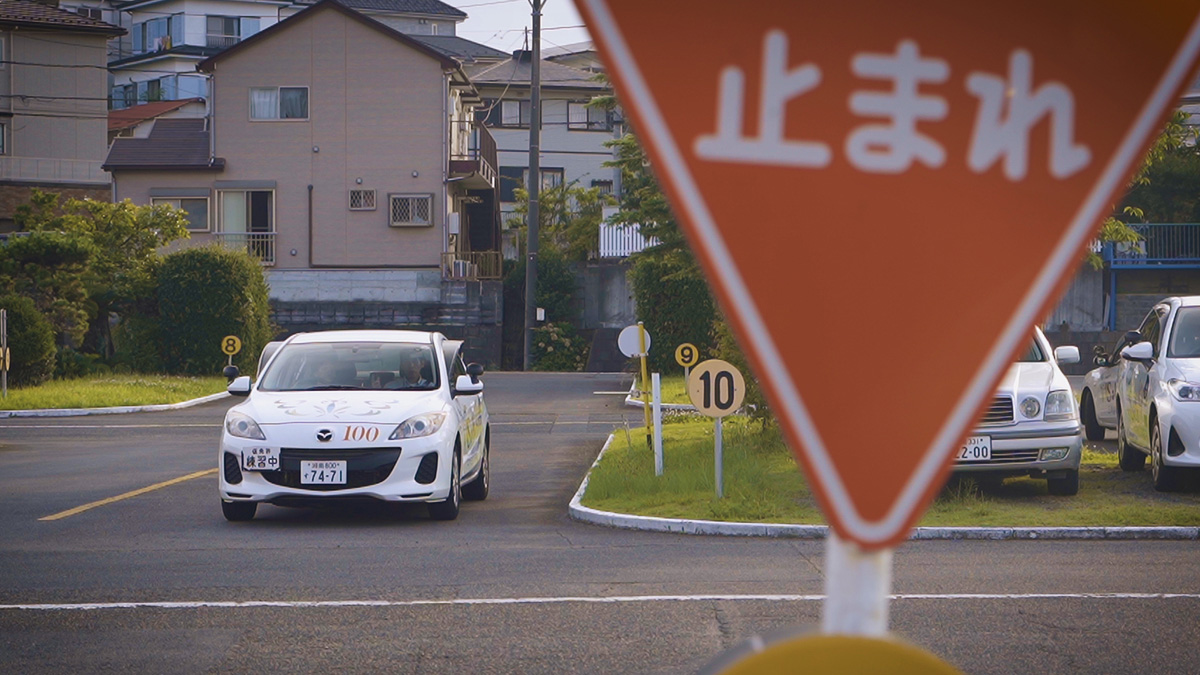 This is how difficult it is to get a driver’s license in Japan
View other articles about:
Read the Story →
This article originally appeared on Topgear.com. Minor edits have been made by the TopGear.com.ph editors.
Share:
Retake this Poll
Quiz Results
Share:
Take this Quiz Again
TGP Rating:
/20