Some things are more important than your ride
by Jason Tulio | Mar 3, 2018

Pictured above is my first-gen Mazda 3, a car that I’ll continue to cherish for the rest of my life. There’s nothing quite like your first, right? I bought it used back when I was living in Australia, and I was quite the happy little gearhead then. Little did I know when that photo was taken that I’d be saying goodbye to the car just a few years later.

That fateful day started off fairly mundane. My housemate Masa asked me to pick him and his girlfriend up from the airport using his Ford Fiesta. Once I got there, we switched drivers and started on our way home. Before long, we noticed that the sky was unusually cloudy and that traffic was building up.

We tuned into to an AM station to check for updates. A storm was looming, the raspy radio man said. Find cover where possible. After that, my other housemate Ryan started calling.

“You hear that rattling sound?” Ryan said, cool as can be.

“Well, it’s pissing down outside (Aussie speak for heavy rainfall) and our cars are getting pelted by hail. They’re about as big as golf balls. There’s nothing I can do.”

“It’s heading north so you guys are probably going to feel it soon. Good luck,” Ryan said before hanging up.

Well, s*** was right. My poor car, left defenseless to the ravaging forces of nature. I started to wonder about what kind of damage the hail was causing, but I realized I had to look out for myself first. I warned Masa about what was happening at home and told him to find us some safe shelter. The only problem was that we were still stuck in gridlock, and by then the heavy rainfall had set in. We were blind rats scurrying to find the nearest drain hole.

Then, the hail arrived. They started off small enough, but got progressively bigger (and their sound louder) with each passing second. We had nowhere to run. Panicked, I spotted a traffic island with a lone tree on it. I yelled at Masa to mount the island and hide under whatever cover that spotty tree could provide. Low bumper be damned, he forced that little hatchback onto the cement. We grabbed a jacket and held it up against the windshield in case any ice or shards of glass got through. We ducked our heads down and hoped for the best. 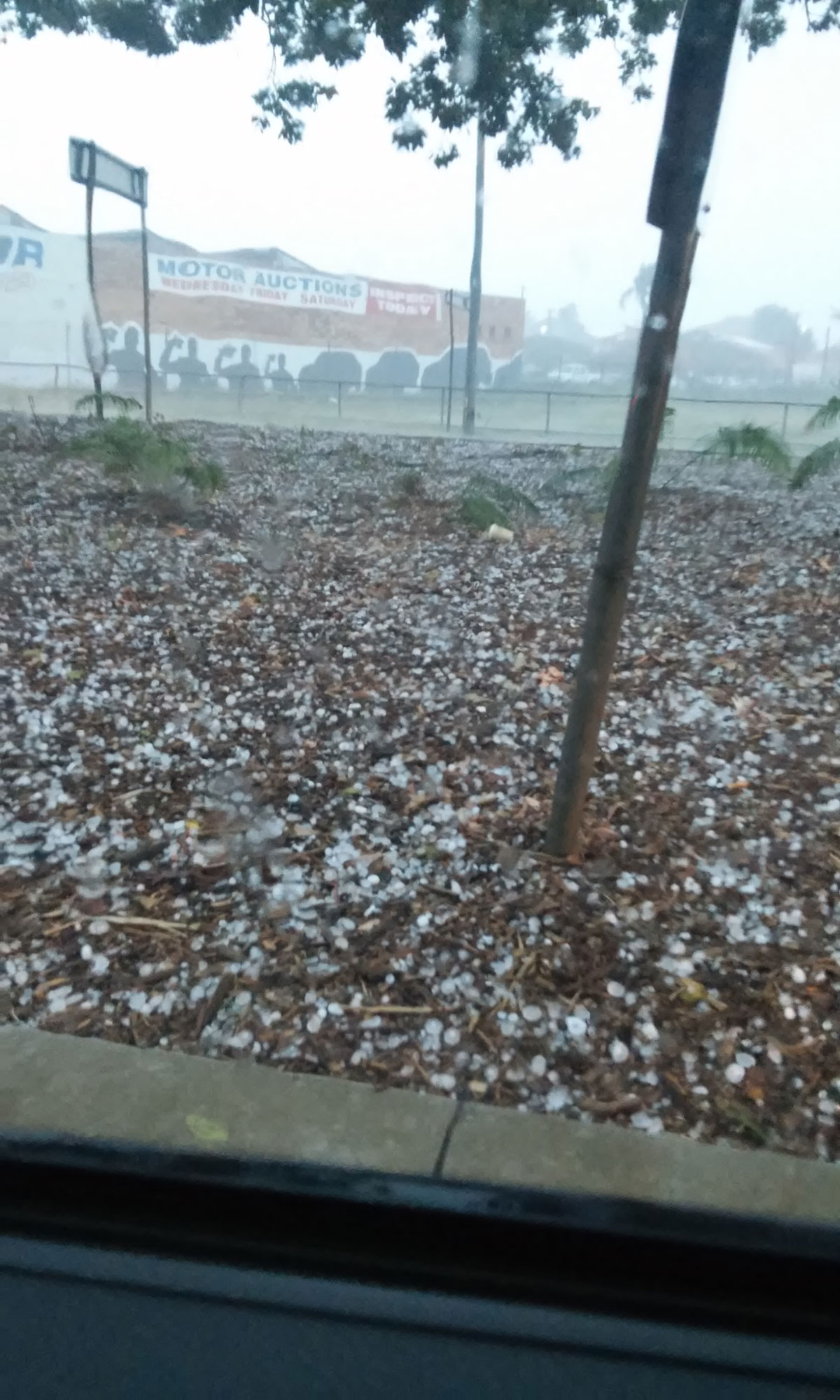 After a few minutes, the hail had stopped but the heavy downpour continued. We drove off the island, painful bumper scrapes and all, and proceeded toward the house once again. What was normally a 45-minute drive took us nearly two hours. Many roads were inaccessible due to flooding, and traffic had piled up across town. Along the way, Ryan called again. He asked us to buy some rags and heavy-duty mops, because the ice broke through several windows at home so our floors were flooded. “Watch out for broken glass when you walk in,” was his last bit of advice before hanging up again. 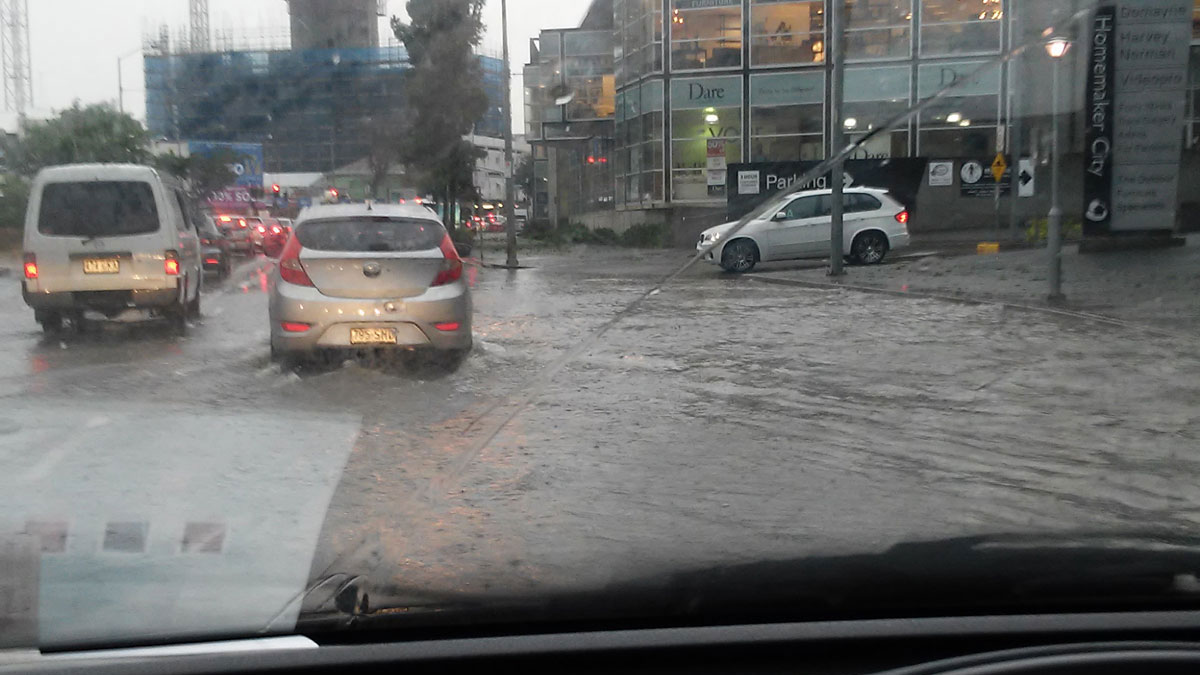 Once we finally reached our neighborhood, we noticed that some houses in the area bore the direct brunt of the storm. The old wooden house around the corner looked as if it had been riddled with bullet holes from a drive-by shooting. As we got out of our car, we spotted our friend Jacob, charging down the street on his bicycle while hoisting a mop over his head. His William Wallace impersonation gave us some much-needed comic relief in what was an otherwise stressful situation.

Time passed, we put our new mops to work and cleaned up, checked the damaged around the house, and thanked our lucky stars nothing life-threatening had happened. Before long, we were sitting around the living room with beers in hand, watching the news and texting any friends and neighbors to see if anyone else needed a hand. The last thing on my mind was how my car was holding up. I gave it a quick glance when I arrived before more important things took over.

The fact that Australia’s efficient insurance system swooped in and gave me the full amount it was insured for is irrelevant. Yes, thankfully it happened in a first-world country, and I didn’t experience a single headache when sorting out the red tape. And thank God the insurance company was generous enough to grant me a full payout after a quick inspection, instead of pawning me off to a Banawe latero to sort out those ball peen hammer-like dents. 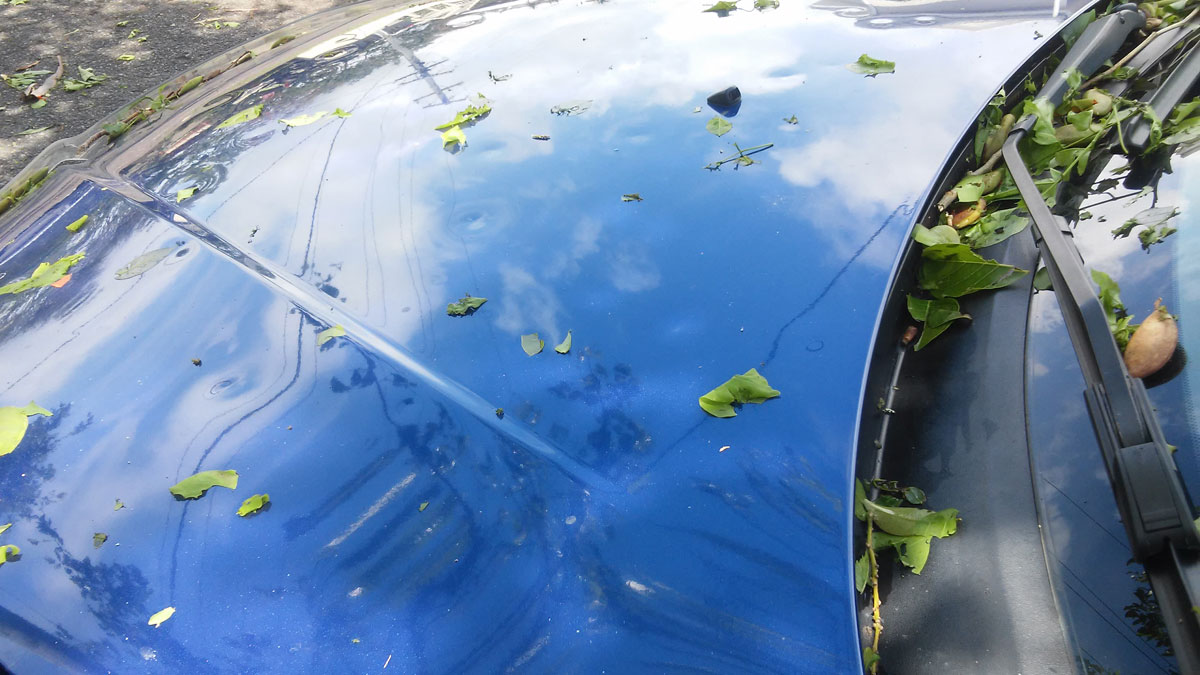 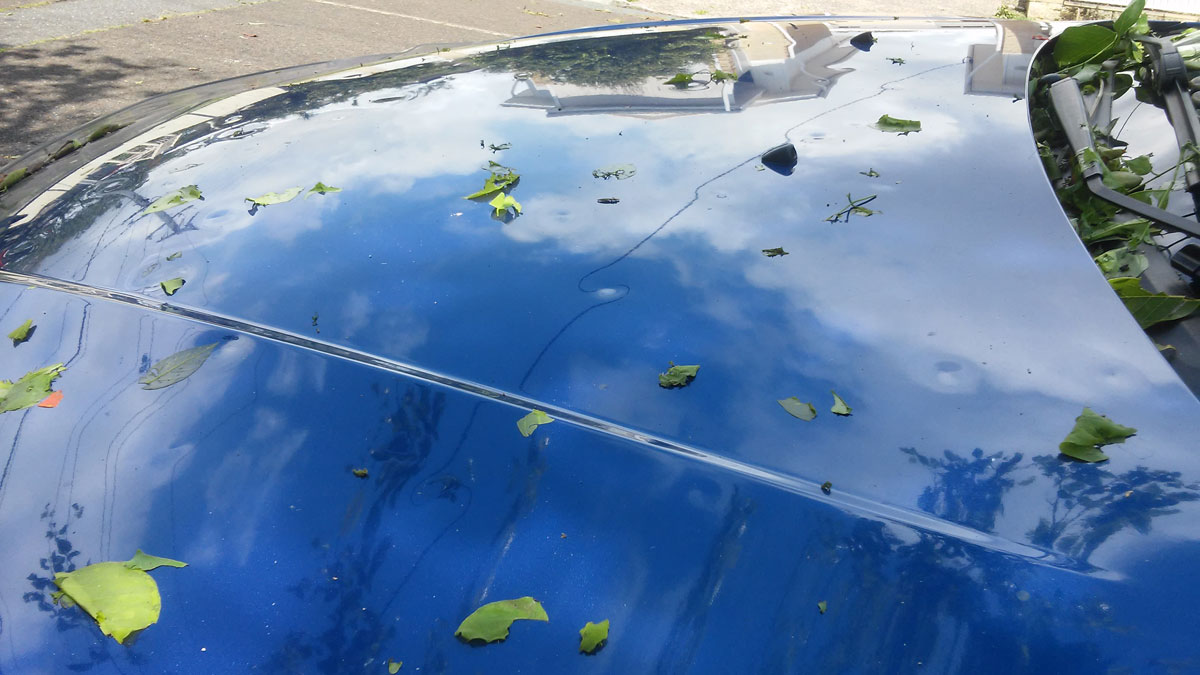 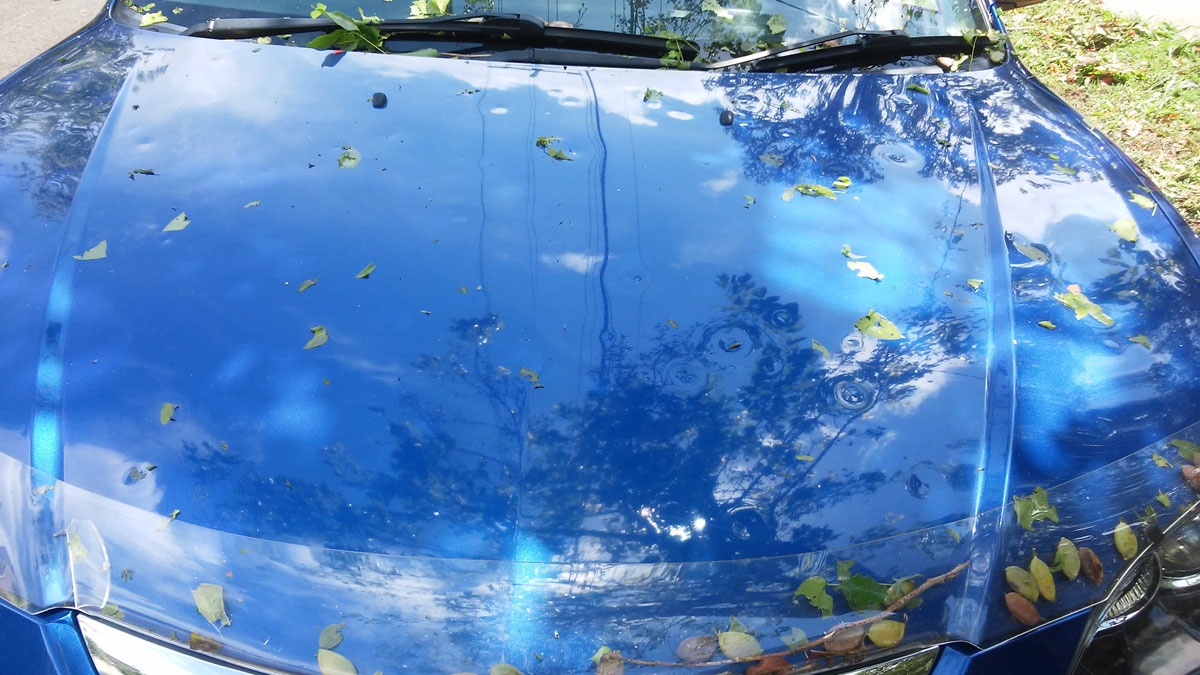 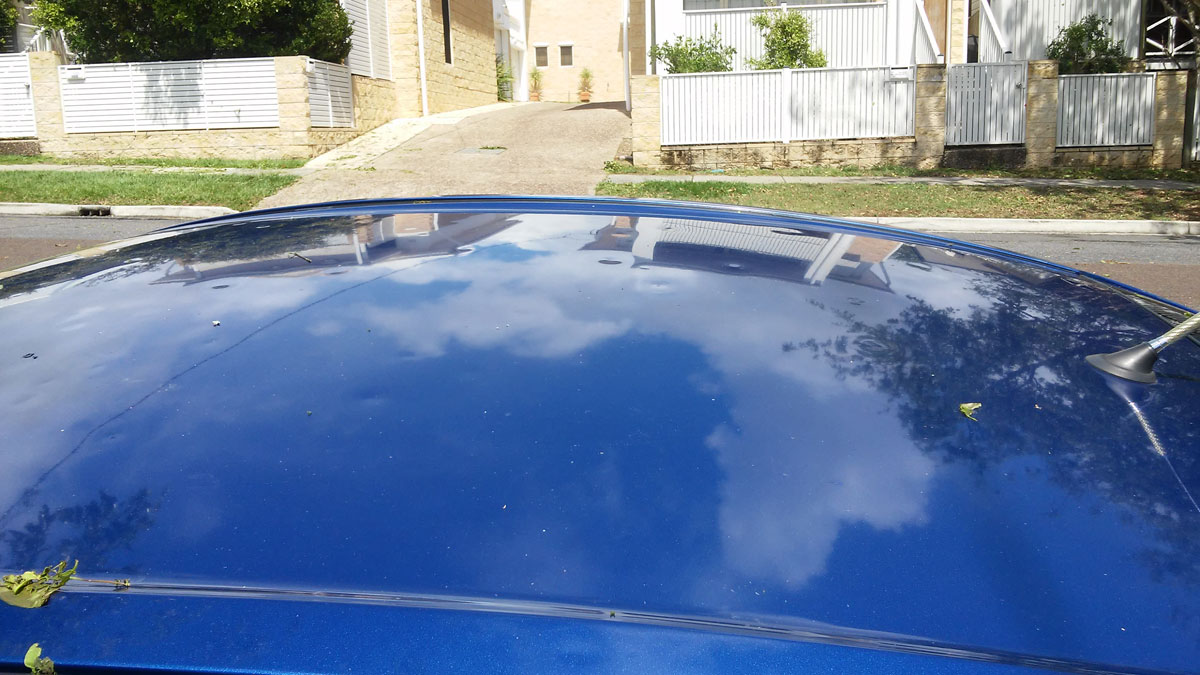 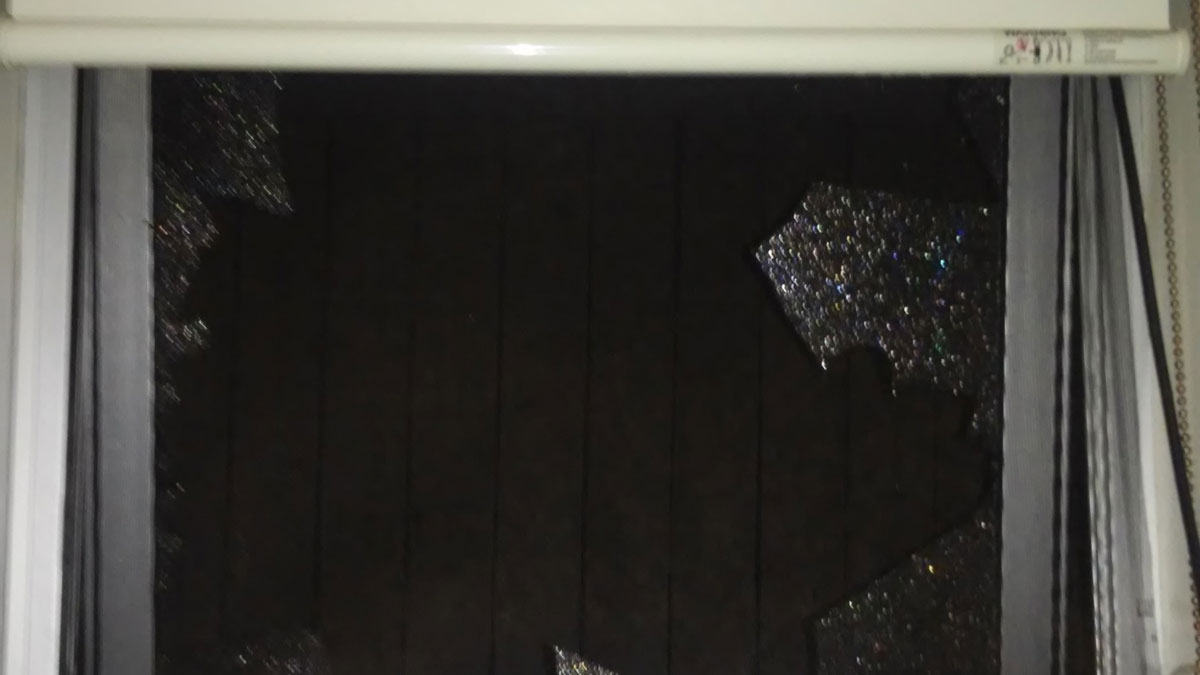 Once everything settled down after the hailstorm, I was thankful that the situation didn’t end up in injury or harm to any of us. That the ice wasn’t any bigger when we were ducking down against that Fiesta’s windshield. Glad that some Final Destination s*** didn't happen on our way home. Mother Nature is beautiful and kind, but she can also be unforgiving in times of calamity. She doesn’t care whether your car just got a fresh coat of paint, or is fresh from the carwash.

We’ve all read stories of the extraordinary lengths car owners have gone to in order to protect their rides during a disaster. While those efforts are commendable, the most important thing you have to look out for in an emergency is yourself. Love your ride as much as you want, but in the end it’s a material possession. When life and limb are at stake, safety always comes first. By all means, protect your car, but don't ever forget to protect yourself. 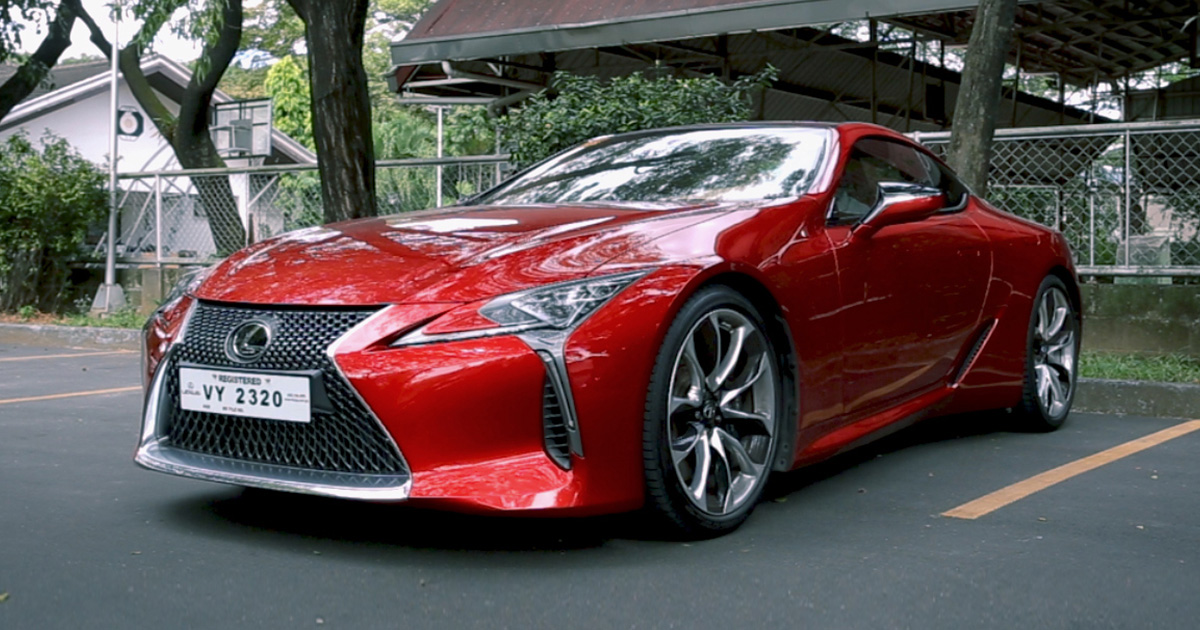 The Lexus LC500 really is a baby LFA
View other articles about:
Read the Story →
This article originally appeared on Topgear.com. Minor edits have been made by the TopGear.com.ph editors.
Share:
Retake this Poll
Quiz Results
Share:
Take this Quiz Again
TGP Rating:
/20