“Racing has a lot more to do with your headspace than it does with your physical skill”
by Ian Magbanua | Dec 4, 2021
CAR MODELS IN THIS ARTICLE

I’ve been a car guy and a motorhead for as long as I can remember. But racing was never really my thing and I’ve never really raced till now. I’ve had track time for sure, but never competitively. And I have to say that racing in the 2021 Vios Cup Media Autocross Challenge has been both the most stressful, enjoyable, and exciting thing I’ve done in the last couple of years. I’ve never been a competitive person, but being thrown into the deep end of a race where you realize you’re pretty good...well, that can easily screw around with your brain.

If you haven’t read about my first-leg experience, it was basically me going into the races without a care, just wanting to have fun, and grabbing some pics to show for it. The whole formula got botched when I suddenly found myself in second place after the finals run and I realized I was competitive enough to secure a spot on the podium (which I didn’t get a trophy for, by the way, but that’s another story). For my effort, I bagged me a good 15 points in the championship standings. Not bad for a 40-something-year-old racing against guys a little more than half his age.

The second leg was different, though. It may have been the rainy weather and the slippery track conditions, or the fact that we were carrying more speed on a longer, more difficult layout, but it was a very tough race weekend and a reminder that I didn’t have as much of the skill or experience needed to be competitive. I couldn’t find any consistency with my runs, my braking was all over the place, the cars (which were shuffled among the competitors) all felt different in every run, and the competition really turned it up a notch. My best effort landed me in fifth place at the end of the second leg and with only eight points added to my tally.

Some competitors raced just one leg in the whole series, so by the time the third leg rolled in, there was just a handful of us who were seriously vying for points. Jose Altoveros, who’d won the first and second legs, had practically wrapped up the championship at this juncture, as he was blazingly fast and quite untouchable. Up for grabs, then, were second and third places.

I was second in the championship for the moment, but since we still had to race on the third and final leg, anything could happen. C! Magazine’s Paolo de Borja was just three points away in third and was progressively improving upon his race times during practice and qualifying. At this point, I realized I had to run a smarter race and change my strategy (which was quite nonexistent, to be honest). After my dismal second-leg performance, I was coming into the final leg with much anxiety. I mean, I wanted to keep it fun and enjoyable, but to be honest, the competitive air was just so thick and I could feel it was getting to me. I knew I had to radically change my outlook if I was to come up with respectable times.

Looking at the weekend’s roster and timing boards for the practice sessions and qualifying runs, I decided to whip out my calculator and do some math. I had to work out how I would compete in this space, and that’s when it dawned on me: I didn’t need to compete with them. I just had to put in my best to get a decent time. Based on my computations (let’s go, nerds!), I just had to place sixth to grab enough points for third place overall. Because I’ll be honest: I just wanted to be on the championship podium and not have to worry about winning the leg.

Sixth place. That was easy enough, I thought. Good enough to bring home a trophy for the kids. And that’s when everything changed.

Without the burden of having to place high, or the desire to win the final leg, I freed myself from all anxiety. I could finally have fun. And boy, did I have it. That’s when everything clicked—my pace, my breathing, my hand-eye coordination.

Next thing I knew, I was posting second quickest in the semifinals. And as the finals was a knockout round, I was basically ensured a spot in the final four, which was far better than my target sixth place. By the end of the finals, I was comfortably sitting in fourth—and I was happy where I was. Because fourth place had gotten me enough points to finish second overall in the championship standings. It was an amazing feeling. Nope, I didn’t get on the podium for the winners of the third leg, but I was happily cheering on my rivals, knowing they’d done their best too and they deserved their places in the spotlight. As for this old geezer, some math, some skill, a lot of luck, and a whole lot of fun was what sealed the deal.

So with that, here are three things I learned about racing after three weekends of nail-biting autocross action:

1) Practice what you can, where you can.

I was lucky enough to also have a rudimentary sim rig. So whenever I could, I would fire up Assetto Corsa and practice. I believe this greatly improved my hand-eye coordination, and helped hone my experience of driving fast and taking quick turns.

2) Have a good strategy.

This was something I learned late in the game, and had I built up a goal, I could’ve lessened my stress as early as the second-leg practice sessions.

3) Free your mind and body.

I learned that racing has a lot more to do with your headspace than it does with your physical skill. If your head is in the wrong place, your body will follow suit. So, always try your best to have fun and stay in a positive space. One tip that really helped me came from my brother, who has previous racing experience: Don’t hold your breath, breathe. It was such a simple change that made a big difference in my runs. I was able to focus so much better, and as strange as it may sound, what felt like slow runs actually gave me quicker race times.

I do hope I get to race again next year, if only to try out the things I’ve learned from this season. Until then, I’ll have to keep at it with my sim-racing practice and hope it makes me a better racing driver. 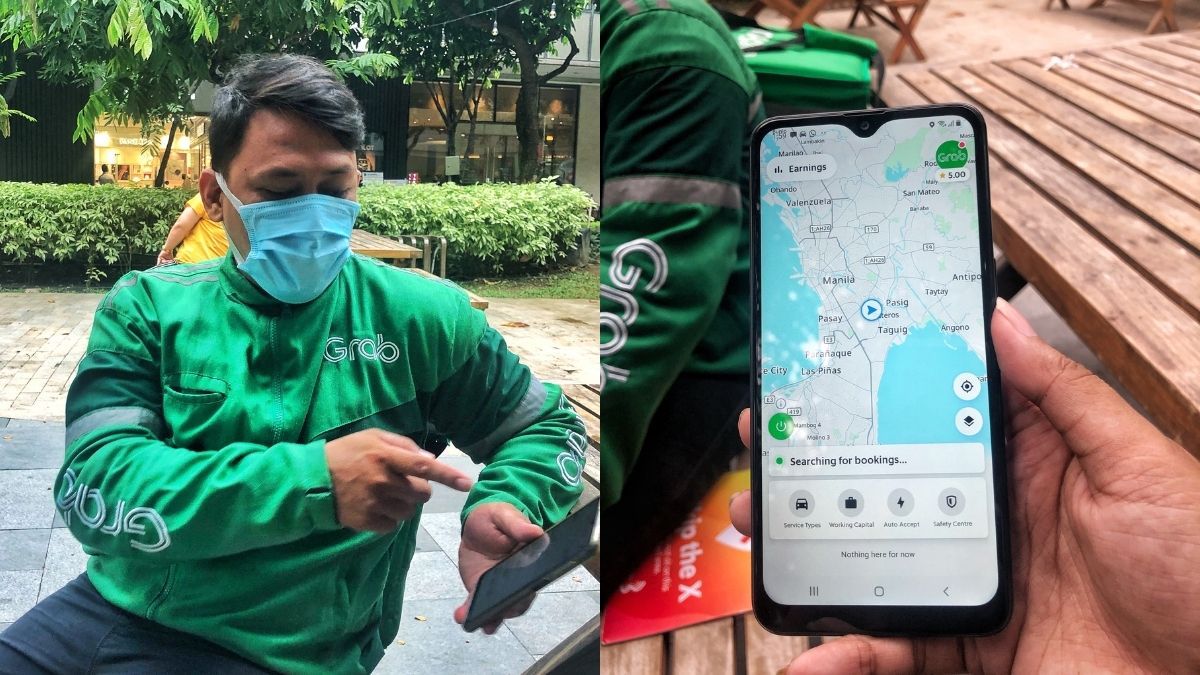 A day in the life: What is it really like to be a GrabFood delivery rider?
View other articles about:
Read the Story →
This article originally appeared on Topgear.com. Minor edits have been made by the TopGear.com.ph editors.
Share:
Retake this Poll
Quiz Results
Share:
Take this Quiz Again
TGP Rating:
/20