8 Reasons the A80 Toyota Supra was a landmark sports car

Seventeen years since it was discontinued, it’s still a tough act to follow
by Paul Horrell | Jan 16, 2019
CAR BRANDS IN THIS ARTICLE

Just why is everyone getting so lathered up about the new Supra? Because of the old one. All hail the A80, which arrived at a time when the Japanese sports car had transformed itself from a bit of a joke to something that could take on the world.

The exotic Honda NSX and the delightful Mazda MX-5 led the wave, but there was the tech-heavy Mitsubishi 3000GTO, the brutal Nissan 300ZX, the gorgeous and fast twin-turbo third-gen Mazda RX-7...and then the Supra. Anything less than total awesomeness would have brought dishonor to the house of Toyota.

Awesomeness was delivered. Scroll down to see why... 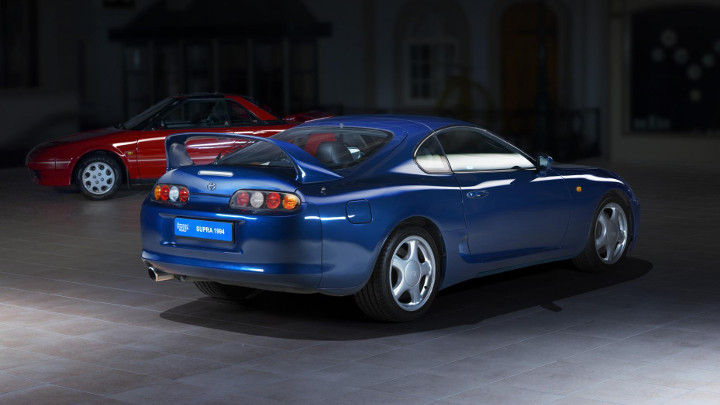 Let’s get it out of the way. In 1993, a wing like that was properly raunchy. The fact that it harmonized so well with the whole car’s curvy nature just made it even better. Together with a motorized active front air dam, it actually produced downforce. And heck, the Supra’s engine walked it the wing talked it.

2. It broke the gentleman’s agreement. 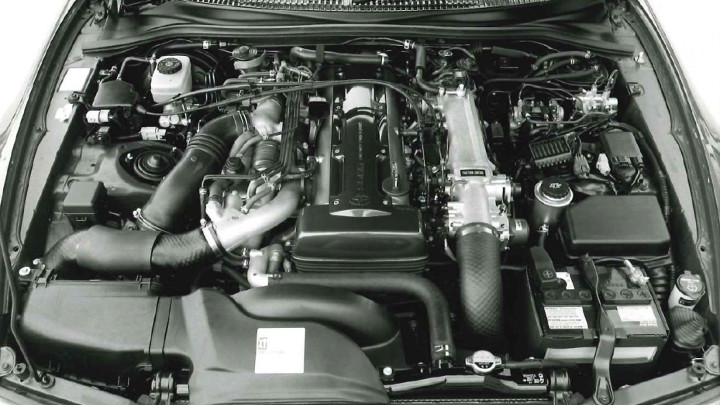 For many years the Japanese industry agreed among itself to limit output to 280hp. In the home market, the Supra went along with this, from its 3.0-liter twin-turbo, 24-valve straight-six—a configuration the new car adopts, too.

But for export markets, it was and had different turbos, for 326hp. This was —more than the M3 of the day, nearly as much as the newly launched 911 Turbo 3.6.

It was a clever engine as well, with sequential turbos, one of them operating at low revs, then the second was spun up, but didn’t actually charge the cylinders. Finally, the dam to second was and propelled by the both of them you flew. The 0-60mph was 4.9sec. Trust us, a quarter-century ago, that was properly something. 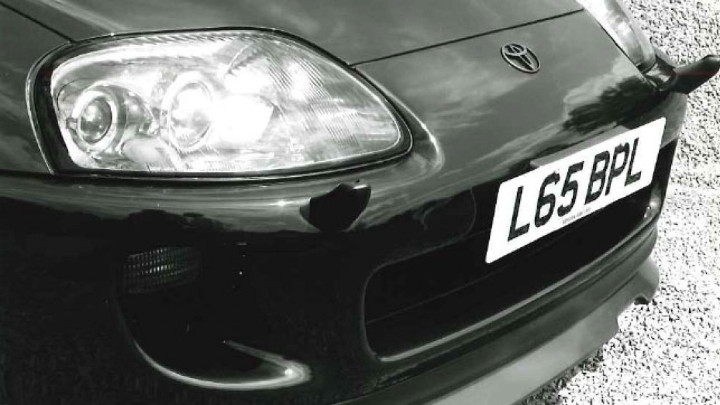 This was no sledgehammer hot rod. Toyota made diligent efforts to cut and ended up with a better power-to-weight ratio than the Ferrari 358.

Aluminum was chosen for the hood, the suspension upper arms, the bumper supports, and more. The car had a single exhaust because a twin one gave no more power. The steering column didn’t telescope-adjust. Some of the details seem hilariously obsessive: a magnesium steering-wheel and hollow carpet fibers. Those savings helped offset the weight of twin airbags, electric seats, and . The turbo version was about 1,585kg.

4. It was sophisticated, but crazy, too. 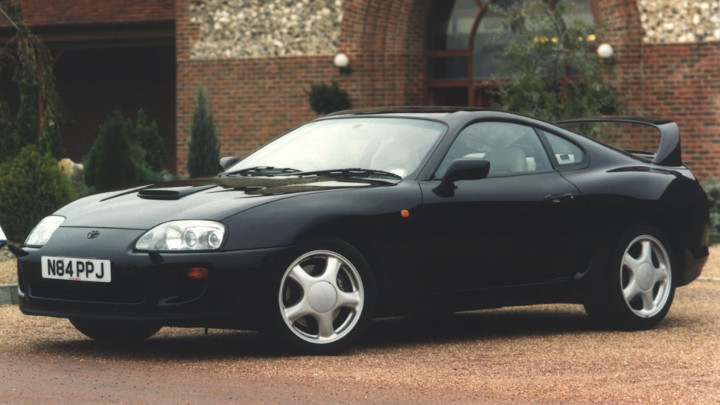 It had traction control, in an era when a BMW E36 M3 didn’t. It also had mighty effective ABS brakes and a limited-slip diff. Those electronics had their limits, though. I remember being on the elevated section of the Westway coming out of London one wet night (this was before the 65kph limit, and way before the average-speed cams that now enforce it). I floored it in third, the turbos caught on—and suddenly, the rear wheels were spinning frantically. But it kept going straight.

The Supra’s top speed was limited to 250kph, but they say it would otherwise nudge 290kph. 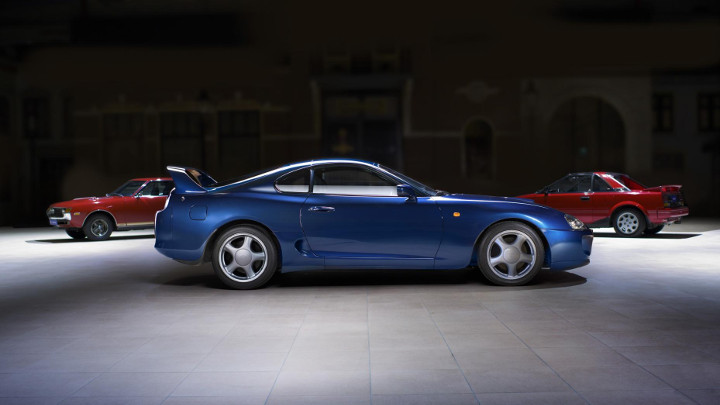 The Supra steered sharply and cornered with real conviction. That night in late 1993, I was delivering the car to Roger Bell, a superb road-tester, writer and driver—he’d given Andy Rouse some hurry-up when they were teammates in works touring cars. Roger took the Supra to England’s best roads with a then-new six-cylinder and came back saying the Supra was brilliantly sorted, and the more involving and faster of the pair.

You could handle it, too: One of the Supra’s few extras in the UK was £260 (P17,375) for a course at the John Watson Performance Driving School at Silverstone.

6. There was more drama inside. 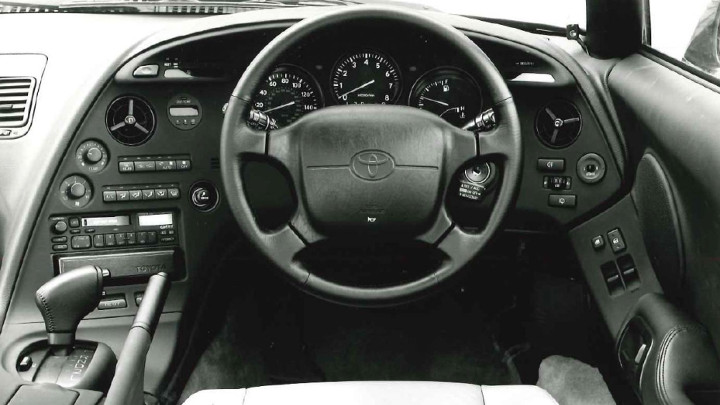 The A80’s dash traced an extravagant sweep around the driver, leaving the passenger completely out of the picture. A huge tach took pole position, and to the left of it was a speedo whose digits strutted all the way to 180mph and 300kph. In the manner of the time, it was pebble-dashed with buttons—the climate controls alone had fully a dozen, plus two twist-knobs. The fact that it was so well-equipped helped up the button-ante. 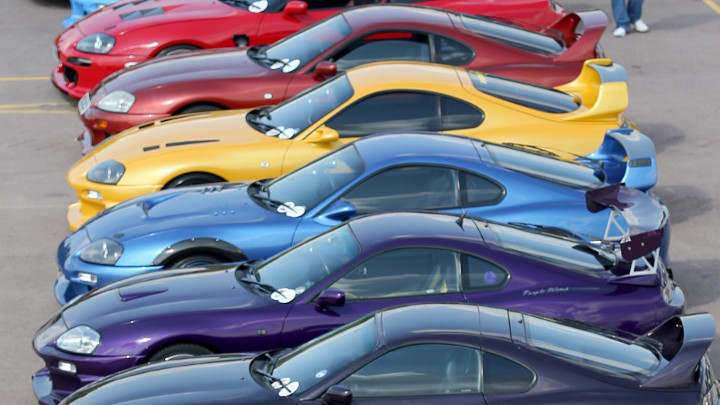 The whole A80 series had a good run, from 1993-2001 in Japan. But in the UK, it sold for just three years and 600 copies in total. Coupe sales were falling, and the rising Japanese yen didn’t help, so Toyota was culling its sprawling range. Emissions regs pushed it out of the US a couple of years later.

8. It’s been immortalized as a movie car hero. 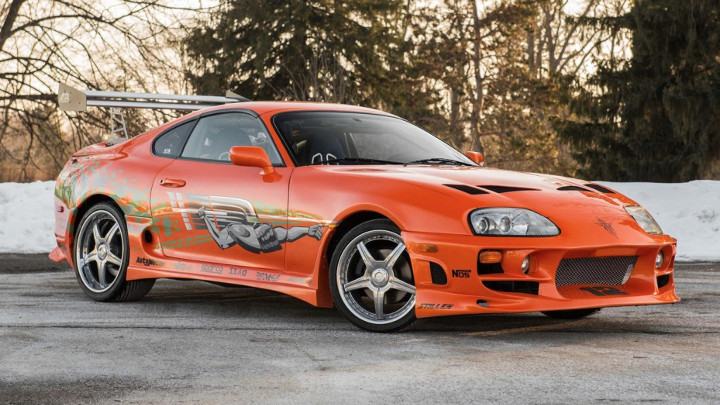 It runs a different tack from other movie hero cars, but the inexplicable, supersonic stardom of the Fast and Furious franchise means the MkIV Supra remains one of the most recognizable cars on our planet. The one pictured above, which the late Paul Walker drove in the first film, sold for many hundreds of thousands of dollars a few years back.

And considering the franchise shows no signs of slowing down (or even making sense), the next generation of petrolheads will now look to the new Supra to lust after. 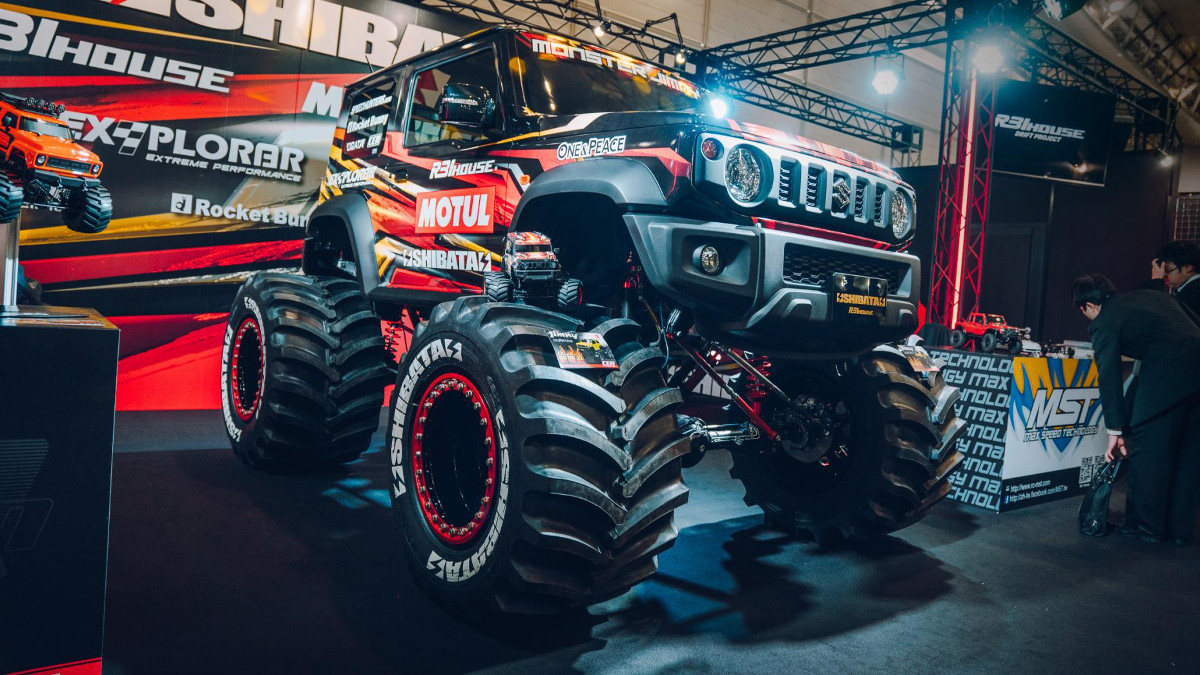 14 Images: The Tokyo Auto Salon was chock-full of modified Suzuki Jimnys
View other articles about:
Read the Story →
This article originally appeared on Topgear.com. Minor edits have been made by the TopGear.com.ph editors.
Share:
Retake this Poll
Quiz Results
Share:
Take this Quiz Again
TGP Rating:
/20