A brief backgrounder on the Ford EcoSport

It has roots in South America
by TopGear.com.ph | Nov 26, 2018
CAR BRANDS IN THIS ARTICLE

While the Ford EcoSport was scientifically designed to appeal to a diverse international demographic, I’d like to imagine the process involved scantily clad carnaval dancers, a beachside bar, and a lot of tropical drinks. Where its Brazil-only predecessor was rather conventionally styled, this new car is out of this world. I’ve nearly exhausted my supply of outrageous similes, but I think Angry Birds: Star Wars edition is still apt for this design.

It’s certainly a polarizing look. There are those who think it’s incredibly silly, but a whole lot of people love it. The split-level design is certainly eye-catching. When you think about it, that’s a good way to go when building a car that doesn’t neatly fit into buyers’ predetermined pigeonholes. This car isn’t like anything else out there, so why should it look like other cars? Beneath the futuristic razor-grille, the split-level styling, and the cheeky external spare-tire carrier lies a Fiesta. Not an ideal platform for a crossover, but the designers have lengthened the wheelbase, and raised and widened the cabin to fit. The result is a wonderful increase in elbow room and legroom versus the admittedly tight hatchback.

Interior styling, on the other hand, is mostly the same. The EcoSport’s driving position is comfortable, and you have space to stretch out in every direction. The rear seat has better-sculpted cushions and a relaxed recline make the rear seats much better on long trips. The trunk is bigger and flatter, and the dark carpet is more resistant to stains, but the space is still rather small, and there’s no third row to throw bags into. Still, the extra power point inside the rear passenger door, presumably for an air compressor or portable light, is a nice utilitarian touch. The EcoSport revels in its quirks. The ‘Max AC’ and ‘Fan Off’ options are built into the huge vent knob rather than the thermostat and fan dials. We’re finally accustomed to Ford’s dash-mounted central-locking button, but without keyless entry, you have to actually use your key to lock the doors. To add insult to injury, the rear hatch doesn’t even have a keyhole.

Thankfully, the EcoSport makes up for it all in the way it drives. You expect new Fords to drive nicely, and the EcoSport doesn’t disappoint. It is agile and rotates with a puppy-like eagerness courtesy of its Fiesta underpinnings. The EcoSport stays firmly planted, only pushing wide when the tall Goodyear Fuel Max tires start squealing. Steering feel isn’t nearly as nice as the Fiesta’s, and additional vectors such as ‘dive’ and ‘squat’ serve as reminders that this isn’t one. But there’s no denying the EcoSport is a hoot-and-a-half to drive. Sadly, the drivetrain isn’t as fun. The PowerShift dual-clutch transmission is good for an extra kilometer or two per liter over it's the Spin in traffic, but the usual low-speed foibles remain. The Duratec mill, while matching the Chevy motor on paper, needs to be revved harder.

On the highway, things are better. There’s a little buffeting around the A-pillars and mirrors but the EcoSport is quiet overall. The exhaust note is nicer, too, even if it’s not exactly tuneful. Still, the lack of low-down punch forces you to drop a gear or two to overtake, and this hurts overall economy.

We doubt many owners will test the claimed 550mm wading depth, but the 200mm ride height and better suspension articulation are a better match for forest trails. Don’t expect to get very far when the going gets rough, however. Traction control is a poor substitute for all-wheel drive. Hopefully, we’ll get that with the next facelift...

The EcoSport is sure to tickle your sense of whimsy. Or not. It’s a polarizing car, as mentioned earlier. If ever there was a crossover for the smartphone generation, this Angry Bird would fit the bill. (Niky Tamayo)

NOTE: This article first appeared in Top Gear PH’s October 2014 Issue. Minor edits have been made. 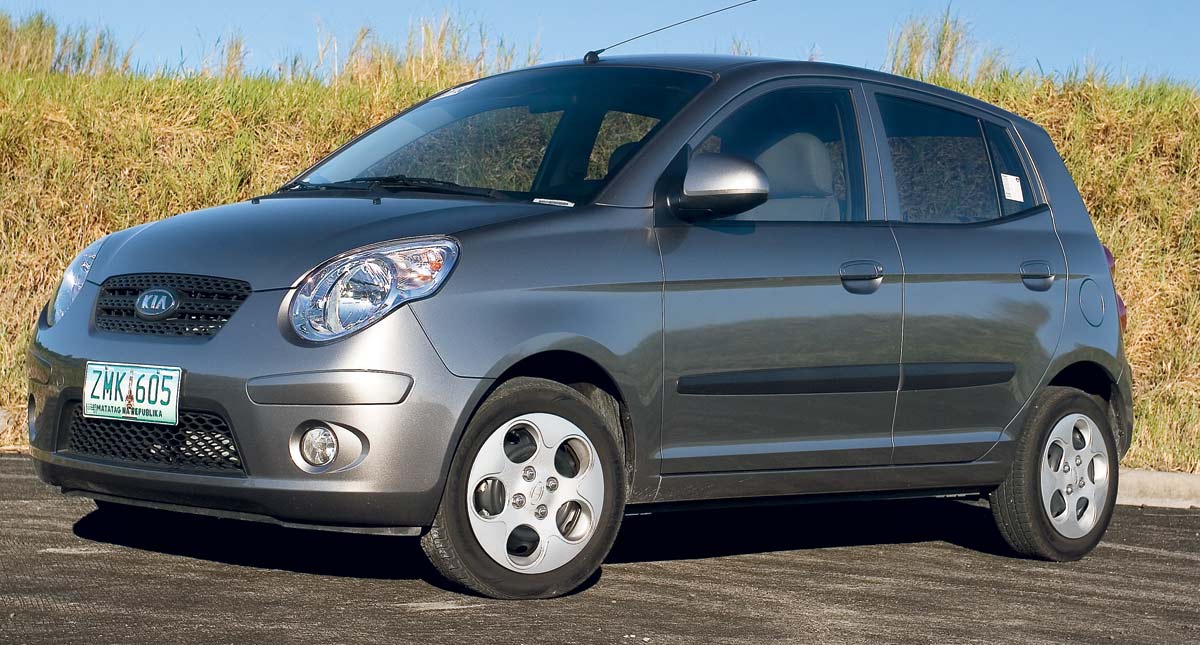 That time a lady makeup artist reviewed the Kia Picanto for us
View other articles about:
Read the Story →
This article originally appeared on Topgear.com. Minor edits have been made by the TopGear.com.ph editors.
Share:
Retake this Poll
Quiz Results
Share:
Take this Quiz Again
TGP Rating:
/20