A look back at the time we drove the Lexus LFA 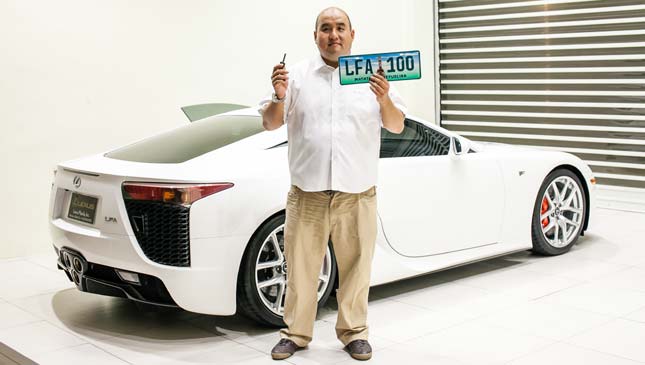 "How would you like to drive the Lexus LFA for a day?" I had just returned from an out-of-town event when managing editor Stephanie Asi rang me up and gave me one of the most interesting propositions of my career. Naturally, I said yes without asking about particulars. There are times in your life when you know better than to ask about details. Like when someone offers you red velvet cupcakes, or if given a choice which Philippine senator to flagellate first. This is one of those times.

It turns out I would be stepping into the shoes of a very unique individual in the Toyota/ Lexus organization. His name is Charlie Osia, and while his title in Toyota Motor Philippines (TMP)—Lexus’s parent company—is national technical leader, he has a more fun role: He is the only authorized driver and mechanic of the only official Lexus LFA in the Philippines.

A little backgrounder on the Lexus supercar: In 2011 Lexus Manila unveiled the sole Philippine allotment of the LFA. It has a "whitest white" exterior with a red-and-black cabin motif. And, as every car nut knows, it has a body built mostly of carbon fiber and comes with an F1-inspired 4.8-liter V10 that makes the engine-sound equivalent of Beethoven's Ninth Symphony.

To prepare for the LFA's arrival, TMP sent its highest-ranking mechanic to Japan to be intimately acquainted with the car's workings. As national technical leader, Charlie is Toyota and Lexus's last resort when their dealerships can't figure out what's wrong with any Lexus or Toyota model. So with all matters pertain­ing to the LFA like maintenance, repair, driving and even history, Charlie is the go-to guy.

Beyond the man whose special role I will as­sume (temporarily), only three other people, as far as TG knows, have driven this car: Lexus Manila chairman Alfred Ty, Petron big boss Ra­mon Ang and Japanese rally driver Yoshihiro Kataoka. After today, I will be the fifth.

DRIVING A HOUSE AND LOT

At the airy Lexus Manila releasing area, clad in my crisp white Lexus polo, I inspect LFA number 161. It's been almost two years since the motoring media first saw this beauty dur­ing its formal launch. In that period, I've seen it a handful of times during shoots and events, and yet it's still a wonder to behold with its massive intakes and its low stance.

Charlie is present to guide me through his job. My mission today, which I've chosen to accept, is to escort this unique Lexus to the World Trade Center in Pasay City where it will be displayed at the World of Toyota exhibit. I will drive the LFA out of its berth in the releas­ing area, position it for its car carrier, then repeat the process backwards when we arrive at the venue.

It sounds rather simple...except for the fact that this is a freaking Lexus LFA, one of only 500 in the world, and has a list price of almost P35 million. No, that wasn't a typo. This single vehicle costs as much as a house and lot and a garage full of Toyotas. I reckon your name has to be in Forbes magazine to be able to even consider owning a car like this. However, I am also aware of two other LFAs brought in through parallel importation, whose owners are not high-profile names. In our country, money, not love, moves in mysterious ways.

I go through my routine carefully. One wrong move and I could land in Autoblog or Ja­lopnik as the Top Gear Philippines writer who damaged a Lexus LFA while maneuvering it. Heck, I’m sure my own website, TopGear.com.ph, won't spare me from embarrassment. Vernon has always had a strong itch for stories that provoke colorful comments.

The first step is to visually inspect the white LFA for damage both inside and out. This unit was repaired recently after an unforeseen accident at the Clark International Speedway, during the Lexus IS launch event. I look closely at the side that hit the tire barriers. Despite my scrutiny I find nothing amiss in the color and the body panels. Then I check for scratches or anything that stands out. This LFA has been used so sparsely—its odometer reading is in the low hundreds—there's hardly any sign of wear.

I move on to a gas and battery check, which both turn out normal. I open the hood, not so much to inspect it, but more as an excuse to look at the V10 masterpiece tuned by Yamaha. The LFA's hood stand is detachable, and, more surprising, it's made of pure carbon fiber. It feels like a light, solid wand. I ask if I can keep it as a souvenir. Lexus Manila marketing offi­cer Carlo Chungunco, who is on hand to assist us, chuckles and says I'm funny. Drat.

When I sit inside the very low supercar my mind switches from inspection mode to fanboy mode. After all, this is a Lexus with an ultra-low kilometer reading, what could possi­bly go wrong? The leather-swathed seat is low, and obviously custom-built for a frame much smaller than mine. I prod and shamelessly paw the cabin like a socialite touching her first Bir­kin. Everything feels solidly built and pleasant to touch, but compared to the plush comfort of the flagship LS, there’s a strong sporty under­tone to the recessed viewing angle and the tall center console.

The LFA's start-up sequence isn't like any car I've ever driven. I step on the brakes, insert the carbon-fiber key into the steering column, twist the key, pull both paddles to put the transmission in neutral, wait for a red light on the tiller to signal readiness, then press the engine-start button. The V10 comes to life and the LFA's digital gauge lights up in a daz­zling display of graphics. According to Lexus engineers, the digital tachometer isn't just for show. The V10 can rev so fast that analog needles can't keep up; thus the digital solution.

Naturally, I want to see how fast it revs for myself. However, the engine hasn't traveled 1,000km yet, so it hasn’t been broken in. This means the revs are limited to the 7,000rpm region, still below the full 9,000rpm wail. I take a breath and mash the accelerator. The digital tach glowers red and the sound of caterwaul­ing furies reverberates throughout the dealer­ship. The sound is primal, a bellow designed to be heard all the way in Maranello.

I shake off my reverie and remember that I have a job to do. I pull on the right shift paddle to engage the first of the six gears. I gingerly press my foot on the gas pedal, wary of the 552 horses at my disposal. The LFA crawls out of its area slowly. I have to maneuver a bit to line up the car with its carrier, a task made more difficult by that common supercar malaise: a bad rear view. At low speeds, the LFA feels like any Lexus, docile and easy to drive. Eventually it is up on the truck. The support crew fasten and bind it to the transport.

Charlie, Carlo and I follow the truck from Taguig to Pasay. I make another attempt at humor and say we should just have driven the LFA all the way to its destination. Carlo doesn't balk as much as I expected, but says their concern is more of the public roads. Sure, Lexus has tested its supercar on the harsh­est test tracks around the globe, but never on EDSA and its special potholes. Carbon fiber won't stand a chance.

We arrive at the World Trade Center and I do my job again. I feel like the closest I'll ever be to a test driver, as all eyes turn toward me while I ease the LFA up the ingress ramp and into the event hall. The people setting up must be wondering who this special driver is, and why is he so well-fed.

Before I know it my role is done. The vehicle is secured. The guys and I head back to the Lexus showroom. My dalliance with the LFA was brief but memorable, a sip from the nectar of the motoring gods. This didn't feel like a day in the life—it seemed more like life in a day. 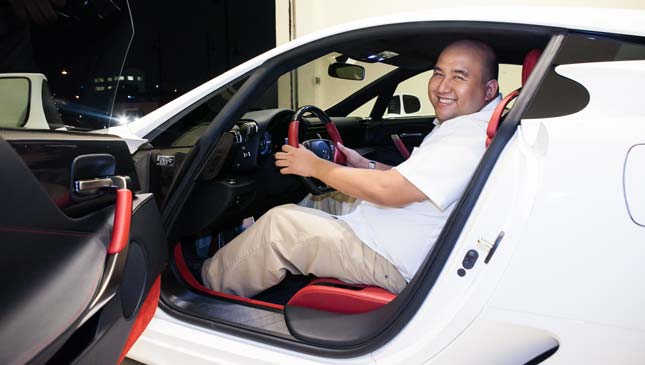 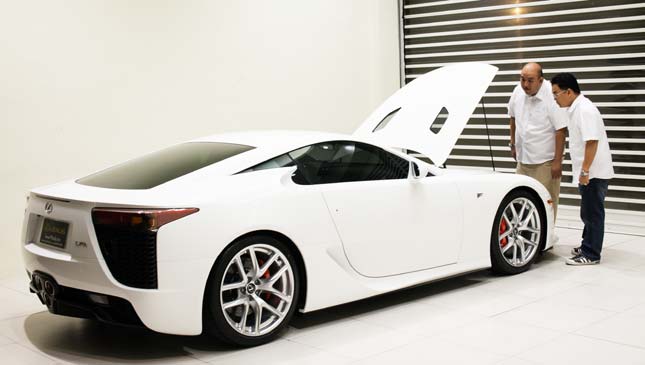 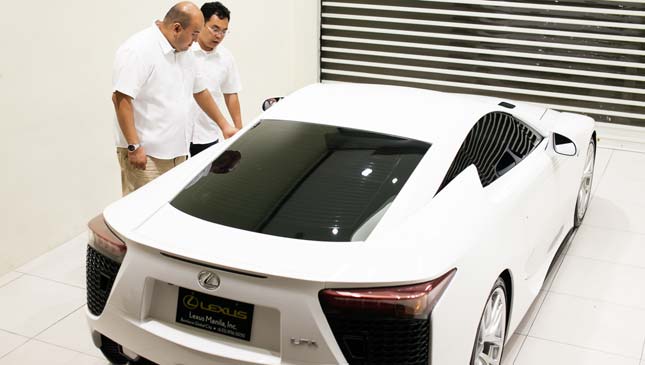 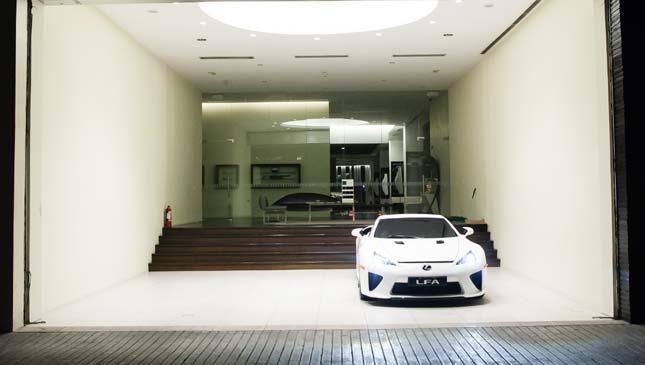 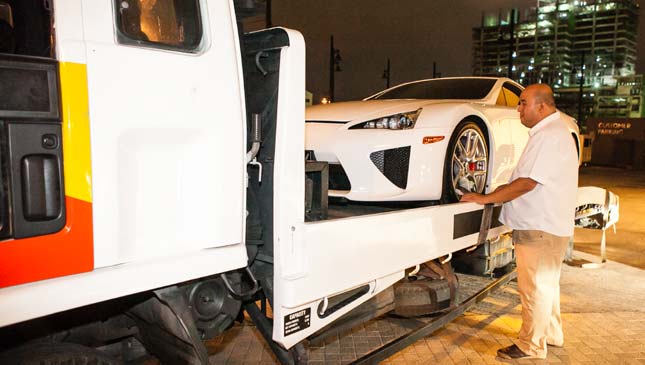 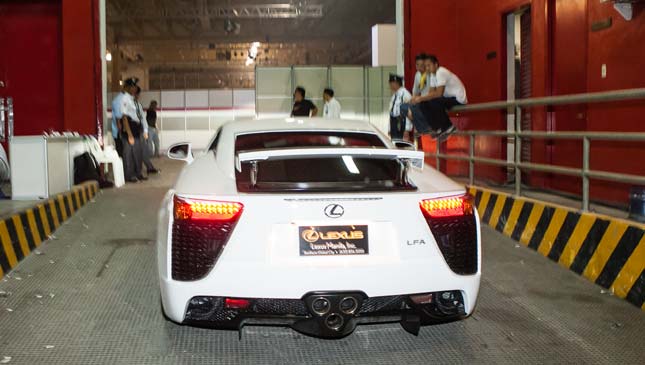 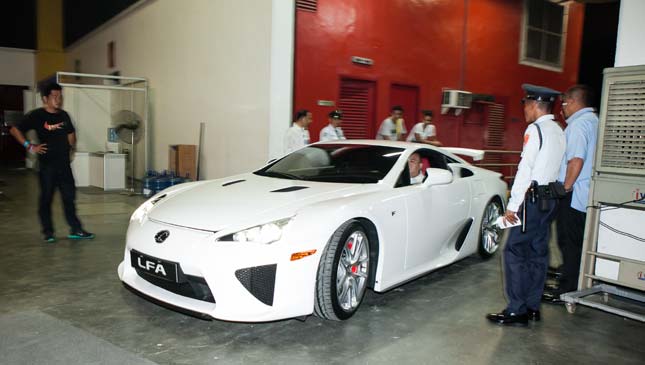 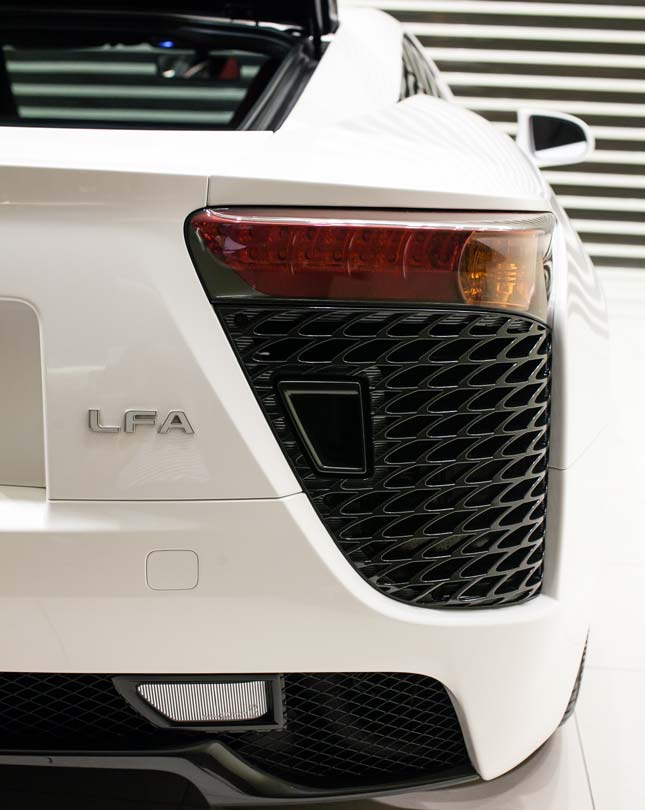 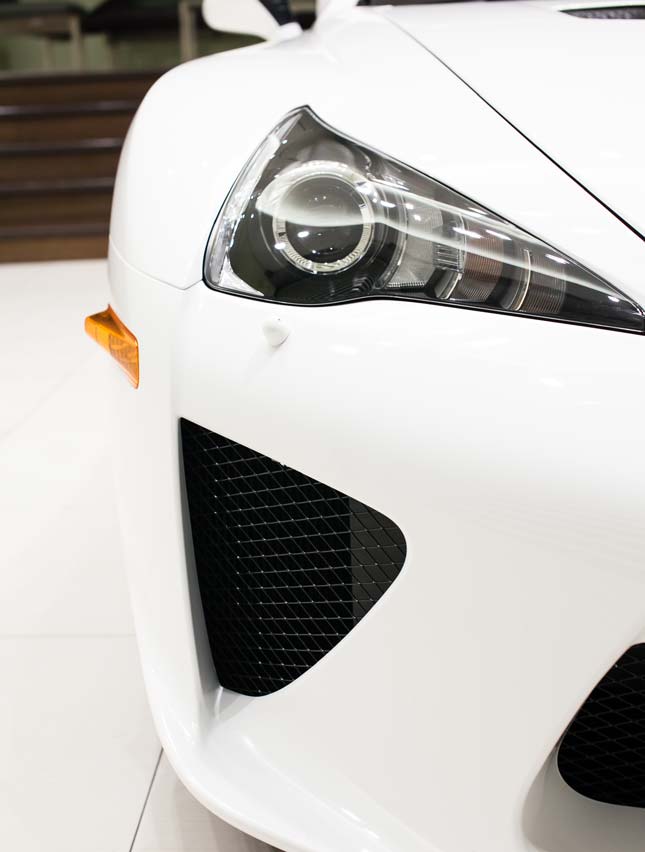 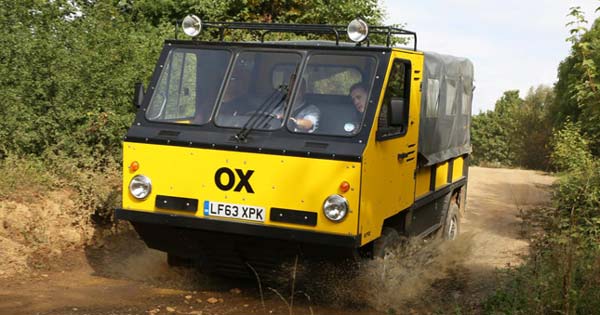 The unbreakable OX truck is perfect for disaster relief missions
View other articles about:
Read the Story →
This article originally appeared on Topgear.com. Minor edits have been made by the TopGear.com.ph editors.
Share:
Retake this Poll
Quiz Results
Share:
Take this Quiz Again
TGP Rating:
/20