Watch: The Audi skysphere concept can extend its wheelbase...slowly

Unveiled in the flesh alongside its ‘sphere’ siblings at Pebble Beach last week, the skysphere is Audi’s tribute to the cars its founder August Horch used to build in the Twenties and Thirties: big, comfortable GT cars with enormously long bonnets.

Indeed, the party piece for the skysphere is its ability to physically change the length of its wheelbase by 250mm at the touch of a button. In its ‘Sport’ mode, it measures 4.94m long, but press ‘Grand Touring,’ and that rises to 5.19m while also retracting the steering wheel and pedals.

“We thought that grand touring cars were always some kind of strange beasts,” Audi’s Malibu studio design director Gael Buzyn told TG. “They were trying to combine two things that are almost opposed. So how could we do a car that offers both of those driving experiences which define grand touring, into one vehicle?

“That’s where we thought of actually having the car change geometry. A long wheelbase will give you comfort, and then a short wheelbase gives you agility. It was possible for the first time because you don’t have transmissions, driveshafts etc. You don’t have all those mechanics anymore.”

Indeed, the skysphere runs a single rear motor for 624hp, but that’s pointless because it’ll never need it. What it does need, is an extendable wheelbase that you can very subtly make out in the mediumly-rubbish TG video below. 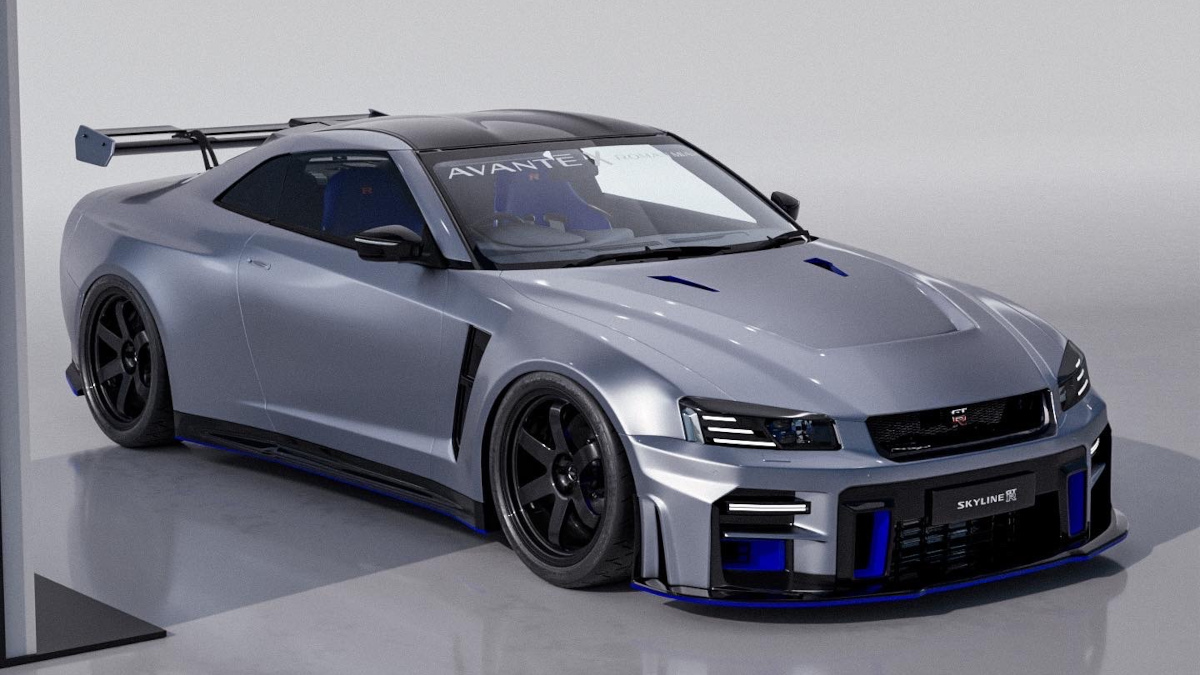