The best of YouTube: 5 things not to do in a turbocharged car

Turbocharged no-nos. There are a handful of things to watch out for when it comes to turbos, including temperature, oil flow, and your fuel's octane rating—more so when you've made numerous modifications to your vehicle. Engineering Explained, uhm, explains.

If you can't beat them, join them. A retired police officer has found a new way to discourage teens from partaking in illegal street races. How? By convincing them to take their rides to compete against police cars on the track instead.

At the edge of the world with the Ford GT. The American supercar takes its talents to the planet's northernmost track, the Arctic Circle Raceway, to set a new lap record for the fastest production car. Frankly, we can't decide which is more impressive—the GT, or Norway's Atlantic Ocean Road.

The McLaren P1 turns five. It's been half a decade already? Press play for a quick history lesson of the hypercar, courtesy of McLaren's automotive engineering design director Dan Parry-Williams.

Racing simulator graphics comparison. To be fair, Driveclub's graphics on the PlayStation 4 hold up relatively well considering it's the oldest title in this video. Man, those rain effects are really something. 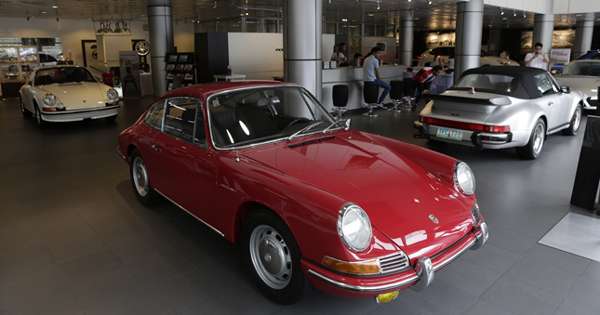 We get up close and personal with Porsche classics over breakfast
View other articles about:
Read the Story →
This article originally appeared on Topgear.com. Minor edits have been made by the TopGear.com.ph editors.
Share:
Retake this Poll
Quiz Results
Share:
Take this Quiz Again
TGP Rating:
/20