The new Chevy Corvette is all about ‘approachability and usability’

We talk to the guy responsible for setting up the mid-engined ’Vette
by Ollie Kew | Jul 20, 2019
CAR BRANDS IN THIS ARTICLE

Top Gear questioned MacDonald while he was in the final stages of setup tuning with the new ’Vette at Germany’s Nürburgring.

Alex, what’s been going down at the ‘Ring with all the prototypes?

We have a group of 20 to 25 people based in Milford Proving Grounds in Michigan, which takes the car from the first one you see in camouflage all the way through to production. We start in simulators in the early days, but the core work is done in physical vehicles. We have NVH, ride and handling, chassis controls, and powertrain integration. It’s where the rubber meets the road, and a privilege to be here.

So the car’s just about finished, right now? 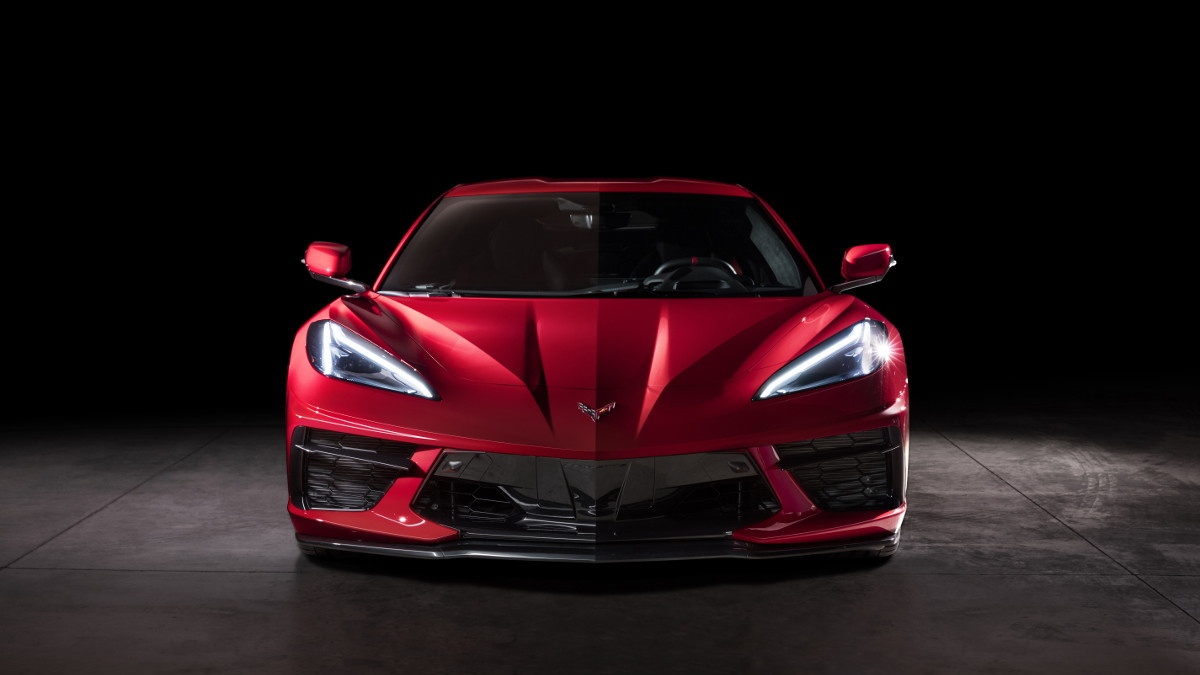 We’re right towards the development finish line, and this is a great place to wrap up. We’re not changing steel parts on the car anymore, but we’re wrapping up the half-dozen-or-more control modules that define the experience of the car and what the experience is going to be like for the owner. The ’Ring and the autobahn are obviously great places to tie that all up.

How many laps do you complete during a shakedown phase like this?

I think we have five track cars here and six drivers and engineers, and each driver is doing maybe 20 to 25 laps per day, so we’re well into the hundreds of laps as a group, and this is our second trip in the [Corvette] program. We come early on to change metal parts like springs and stabilizer bars, and come later on for calibration work.

How’s it been dealing with the constant speculation? There have been a lot of rumors, perhaps more than any sports car in history. Tell us about the car’s true spec. 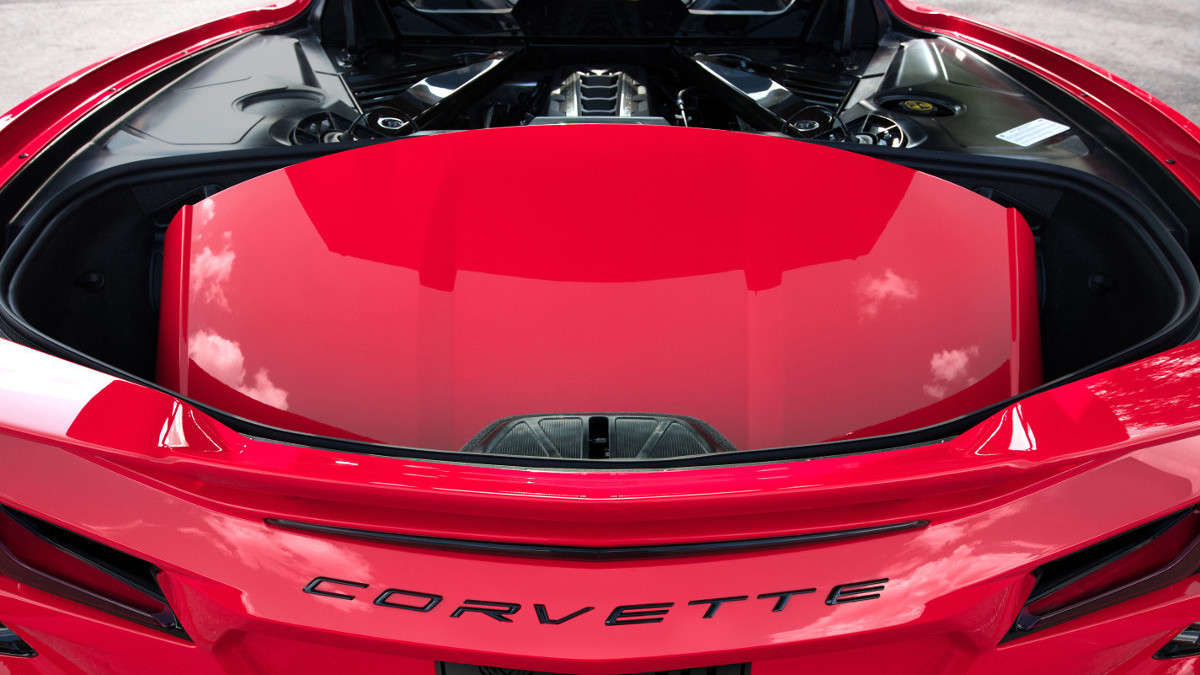 We watched all those rumors with some pleasure! The tech spec is pretty straightforward. It’s gonna maintain a pushrod smalblock 6.2-liter LT2 designation V8. The domestic spec is 495hp, a little more than the outgoing car. The torque curve is shifted a little higher to alter the sports-car character.

It’s been such an outstanding engine for so long, and it’s a huge advantage to combine that with the new mid-engine layout and exotic flavor of the chassis. We do a lot of development.

What people are picking out when they hear the engine and predict it’s a V6 or a turbo is hearing all the different steps we’re taking to try to find the character of the car. We might have had eight or even ten exhaust systems on a car, and they’ll be running around streets and on track producing a very different noise character. To see that in the media is kinda fun because we realize we’re tuning something that people are sensitive to, but in the end, it’s familiar engine architecture, with new tech, like a dry-sump oil system as standard.

Was there any truth in the most infamous mid-engined Vette rumour: that it was twisting the chassis because it had too much power? 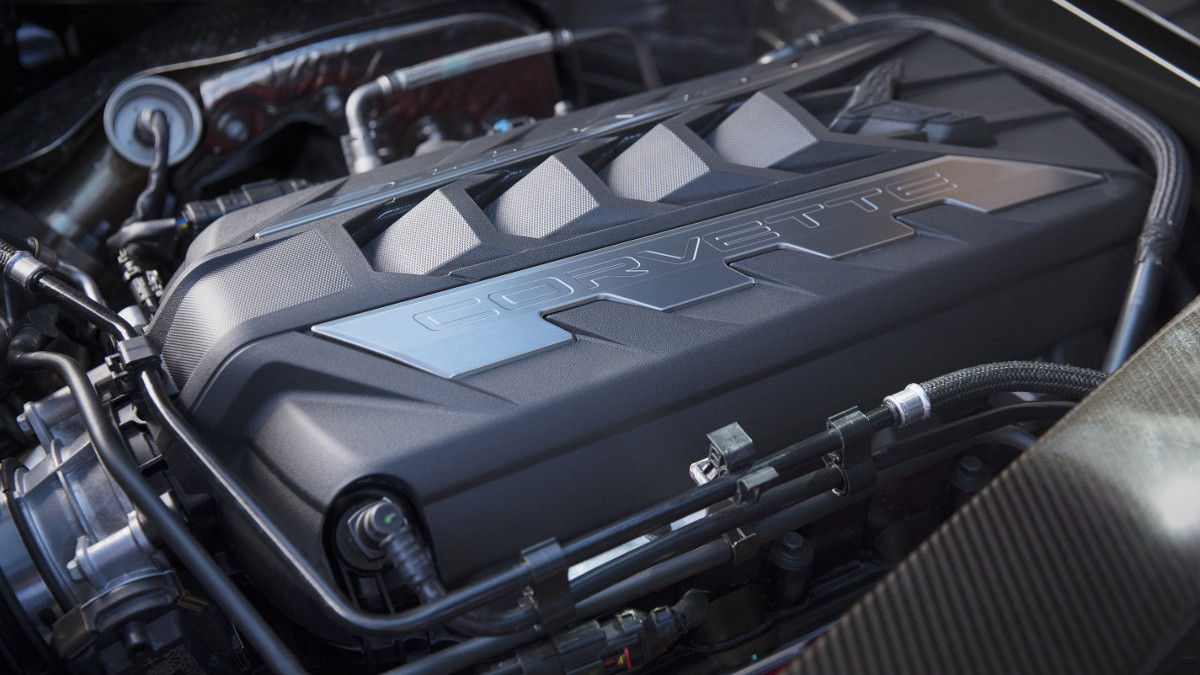 That was a complete red herring, and a big joke around the office. Every time somebody was late to a meeting, we asked if they were late because they’d twisted a frame on their way to the office. There was no basis to that whatsoever.

The interesting thing about the hype around the car is an indicator of the passionate customer base and the Corvette’s history. We feel that we’re stewards of a very important nameplate, going since 1953. Forty to fifty thousand people a year will buy this product and be so excited about it, and that’s what’s so exciting for us.

In the end, we wound up with a car with significantly more torsional stiffness than the outgoing model and our competitors, and a cost ratio that works for the volumes of cars that we’re going to be producing, and a pretty extraordinary history of crash tests that have gone very well. It’s not carbon for a lot of reasons—mainly, we need to keep the car ‘approachable.’

Corvettes are often a bit of a sports car bargain. Will the Stingray still be the bargain of the junior supercar bunch? 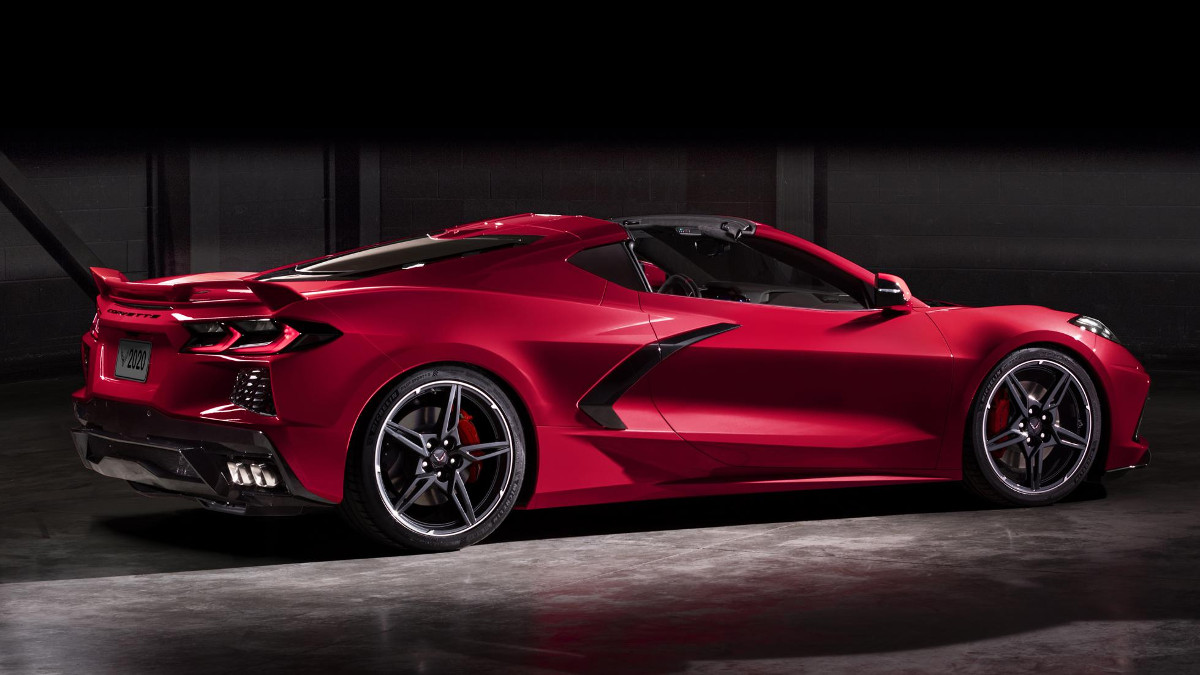 What do you consider the Stingray’s biggest rival, and what have you benchmarked? McLaren? Audi R8? Ferrari 488?

Our standard benchmark for a long time and that we’ve stuck with for this program is the Porsche 911. It sits with the goals of customer use and refinement that we target. We’ve had many benchmarks, but we always come back to the 911 consistently.

For the Stingray, we zeroed in on the 911 Carrera—the Carrera 2 and the Carrera 4.

What about benchmarking the more extreme versions of the C7 ’Vette. Does the new Stingray have to be quicker than the old Z06 and ZR1? 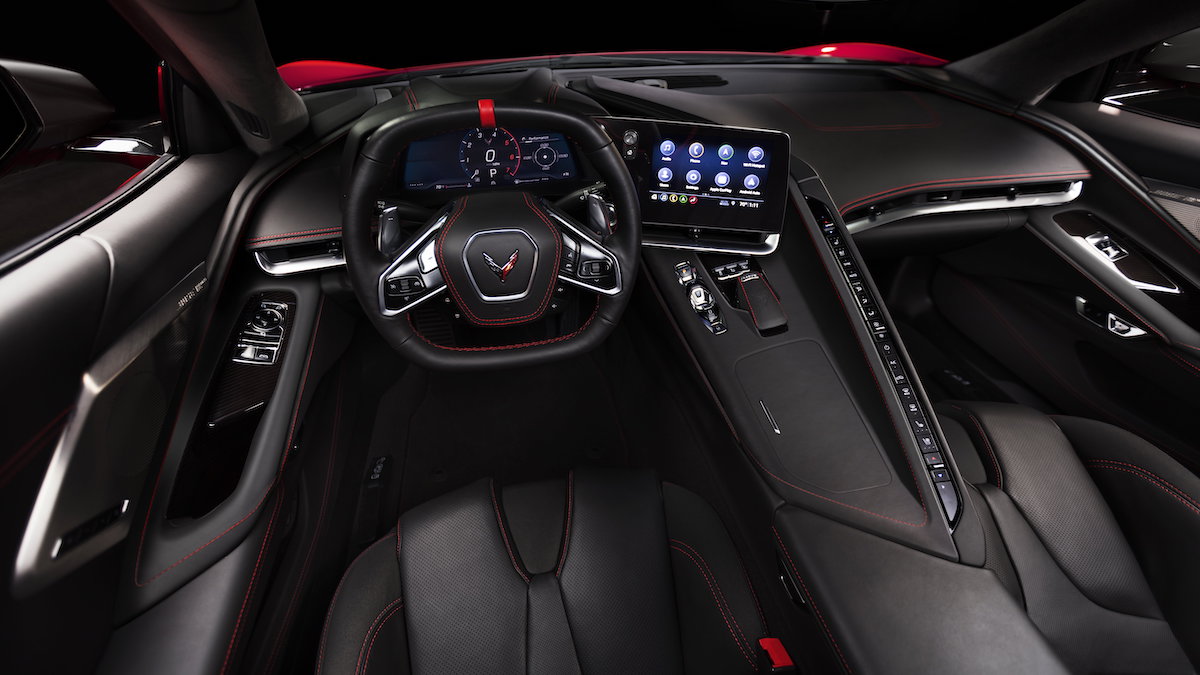 We always have the current products with us on any development activity. But keep in mind the car we’re producing is a 6.2-liter Stingray, so we’re not targeting a ZR1—it would be pretty difficult to make the car comfortable.

We’re not just looking for lap time here—we want really refined ride quality and the interior experience. In the current car. you get a lot of road noise, with the big open hatch area, for example. So when we look at a current-gen C7 to benchmark, we’re using the Gran Sport.

What’s your unique selling proposition, compared to all the other mid-engined sports cars? Besides being American and having the rich Corvette history?

I think its main talent will be incredible approachability and usability. This could easily be your only car, the car you drove every day. The goal of the car is to be extremely good at everything. Yesterday afternoon we were out on the ’Ring, and it was a scalpel on the track, and today we were having a pleasant conversation on the autobahn. It’s an exotic car to drive every day.

Sure. The interesting thing we’re going to able to boast is a pretty significant jump in storage space. We’ve got the trunk in the rear and the frunk in the front. The current-gen car is known for its pretty huge ability to swallow large luggage, and I watched one of our guys take a current car that was full of luggage, parked next to a 2020 Stingray, unload every piece of luggage into the new car, close all the doors—and there was still space for a passenger. I guarantee you won’t be fitting that much luggage in a 911!

Finally, why is now the right time to go mid-engined? It’s so controversial. It’s been rumored since the ’70s, but why does the 2020 car get the honor? 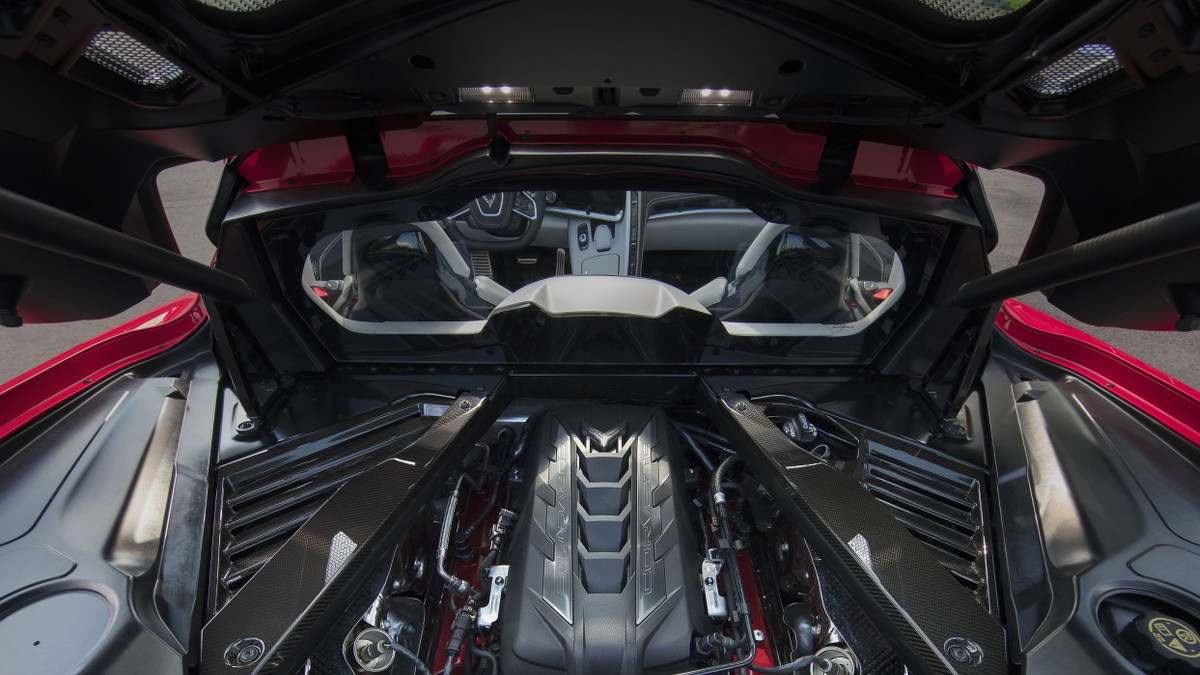 We now have a lot of advanced engineering tools that allow us to really get this car right to do a mid-engined car without mid-engine compromises. Getting the structure to work, getting the storage, and getting handling that doesn’t have the typical mid-engine quirks by using some advanced new control systems are all part of it.

It means we can do a Corvette that can be everything the customer expects, but have the advantageous weight distribution of a mid-engined car and not take any steps backwards.

There are always points where we’d say, “This is good except we can’t solve one challenge,” but when we got to this car, we got rid of all the roadblocks to a mid-engined Corvette and we could pull the trigger. 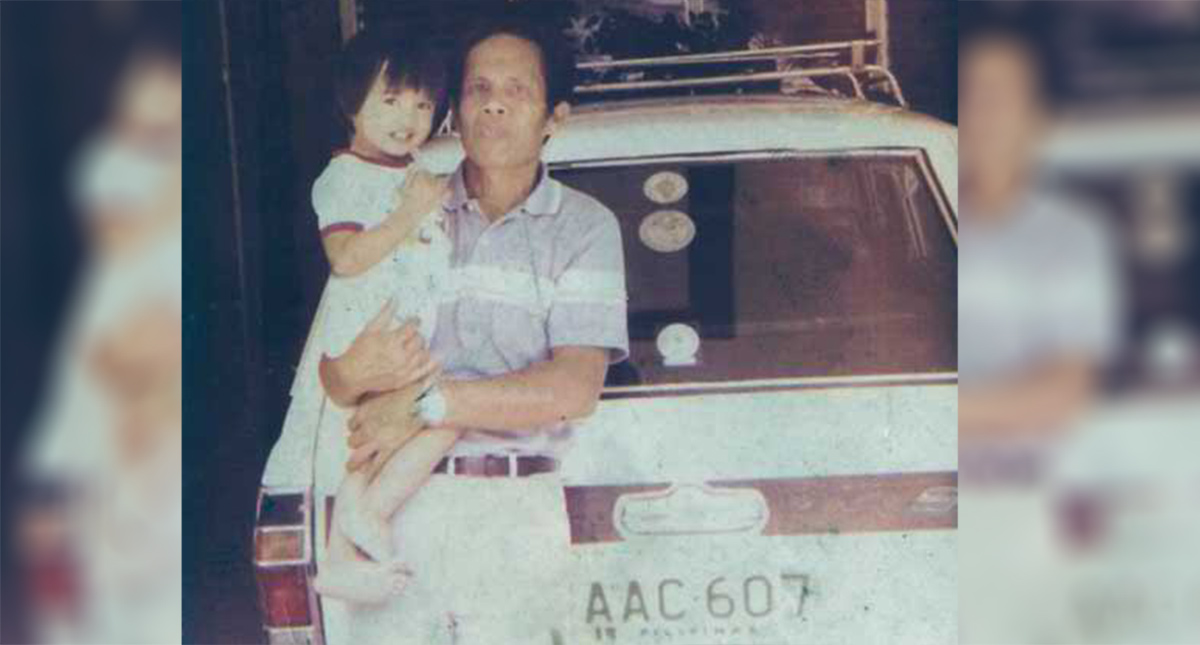 Do you have old photos with your car that you’d like to share with us?
View other articles about:
Read the Story →
This article originally appeared on Topgear.com. Minor edits have been made by the TopGear.com.ph editors.
Share:
Retake this Poll
Quiz Results
Share:
Take this Quiz Again
TGP Rating:
/20