Someone crammed a 5.9-liter 12-valve Cummins diesel engine into a Ford Mustang

If you thought an electric Mustang was bad, you may have mixed feelings about this one. The machine you see before you is a diesel-powered Mustang. And it’s not just any diesel engine powering it—that’s a 5.9-liter 12-valve Cummins powertrain.

This Mustang is owned by YouTuber Westen Champlin, the guy behind this entire build. Basically it was just an extra car that Champlin was supposed to take parts from to finish building his Mustang GT, but he figured he could try out a completely new project with it instead of just scrapping and selling what was left of it, and so he did.

The guy dropped the four-banger EcoBoost that was originally on it, then he skipped the straight-sixes and the V8s and went straight for the Cummins mill. While some builders slap diesel engines onto sedans for better fuel economy and whatnot, Champlin here just went full bananas and put an oversized oil-burner up front just for the sake of it. The end result? The ‘Smoke-Stang.’

Now, we would’ve said the engine was “under the hood,” but as you can see, this thing doesn’t have one. As a matter of fact, it almost didn’t have a front clip either. That Cummins diesel engine was just too damn big for the Mustang’s engine bay that a lot of custom bodywork had to be done to just put some actual front fenders and bumpers on it.

So, as we write this, the Smoke-Stang is already up and running but it hasn’t been painted and doesn’t have a hood just yet. We say yet because there might be a chance that Champlin eventually ends up putting a hood on there just to say he could do it. Either way, the ’Stang still looks insane.

What do you think of the Smoke-Stang? You can catch yourself up on the journey so far by watching the videos below. Enjoy. 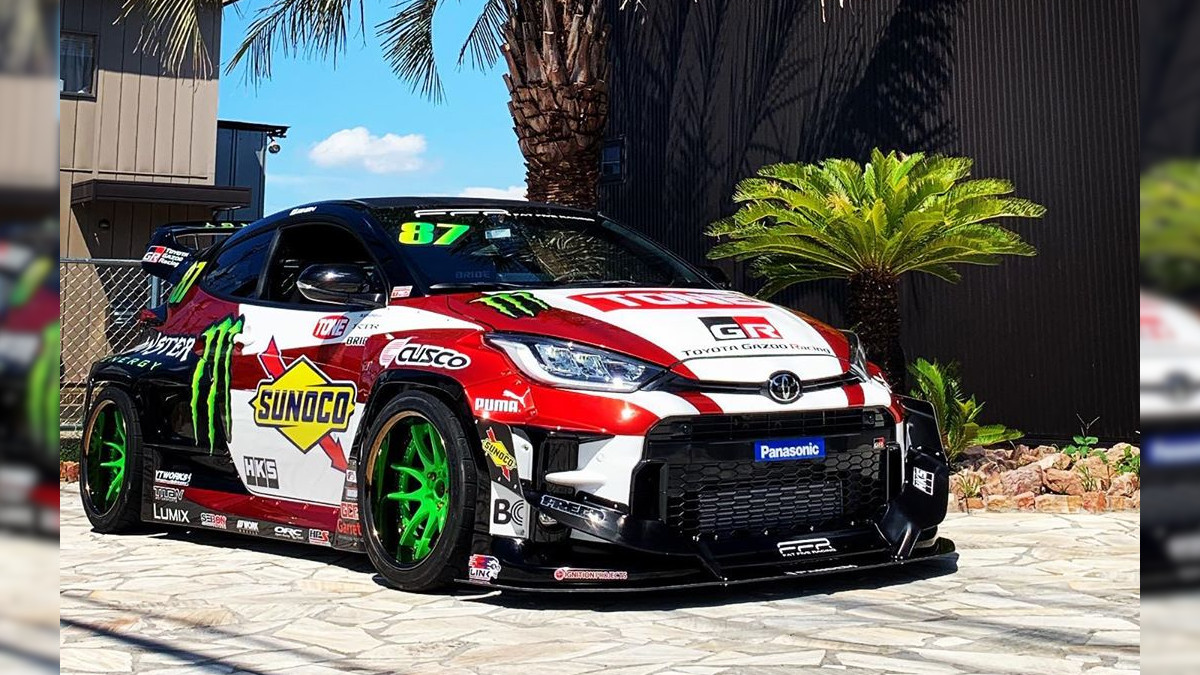 This Toyota GR Yaris packs a Supra’s 2JZ engine under its hood
View other articles about:
Recommended Videos
Read the Story →
This article originally appeared on Topgear.com. Minor edits have been made by the TopGear.com.ph editors.
Share:
Retake this Poll
Quiz Results
Share:
Take this Quiz Again
TGP Rating:
/20