Straight from the guy responsible for building these machines
by Vijay Pattni | Jun 30, 2021

A new movie about explosions and family and the sheer slack-jawed class of the E38 BMW 7-Series is out now. It is called Fast and Furious 9, and...actually, sorry, the E38 is only in it for a minute or so.

But still. Fast and Furious 9. A fireball wrapped in an explosion packaged in solemn declarations of family ties decorated with...yep, that’s right, a jet-engined Pontiac Fiero. You’ll be pleased to know it boldly goes...where a Pontiac Fiero should have always gone.

But still. There are cars. Lots and lots of cars. You’d be forgiven for thinking this was a series specifically centered around the world of motoring. Believe it or not, Fast and Furious 9 is the ninth installment in a series that—almost to the day—began exactly 20 years ago with 2001’s The Fast and the Furious, a film that opened the door to the lives of Dominic Toretto and his lovable gang of automobile enthusiasts with a penchant for theft and wanton destruction.

Yet for all the series’ good-natured and goofy high jinks and cartoon stunts and cars being parachuted out of airplanes and into the outer realms, the cars are crafted with the same passion and skill as proper, bona fide race cars. And thus, at the heart of this multibillion-dollar franchise—this movie juggernaut with literal juggernauts—sits Dennis McCarthy, the Fast series’ car coordinator and the man responsible for building the machines you see on the big screen.

We sat down with him for a brief insight into the secrets behind the star cars.

1) Like in most Fast films, all the stunt cars used a uniform drivetrain. 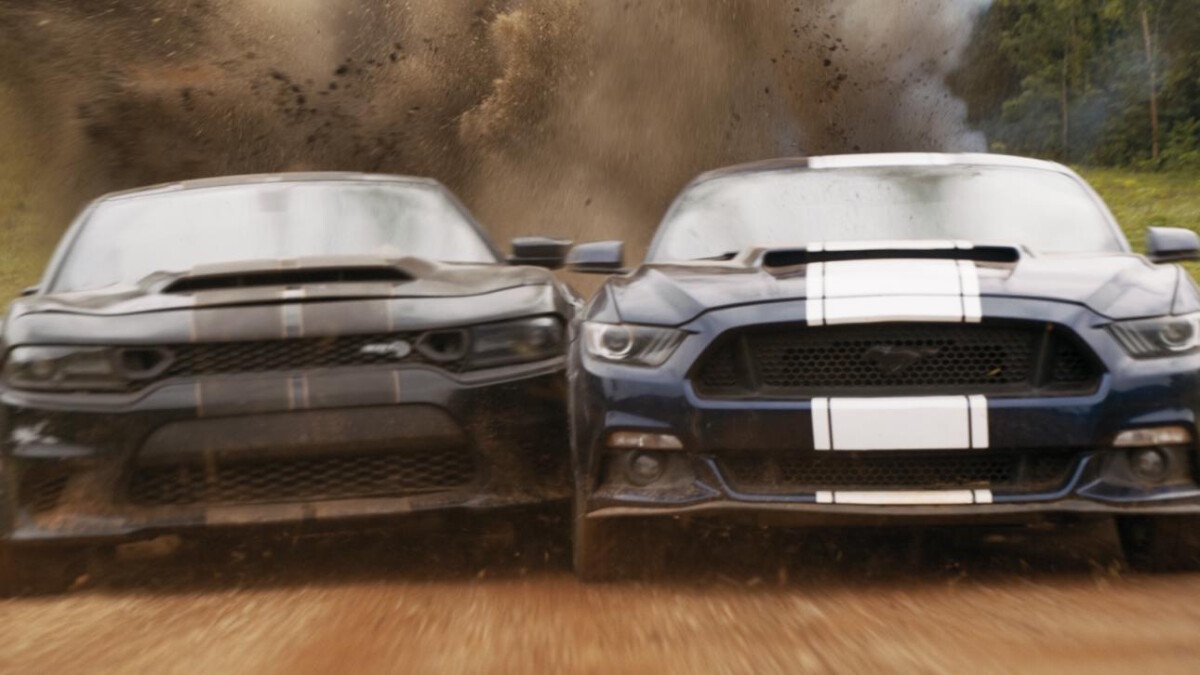 “We do a lot of uniform power with an LS3 [V8]. In terms of standardizing everything, that’s our general MO on these things. 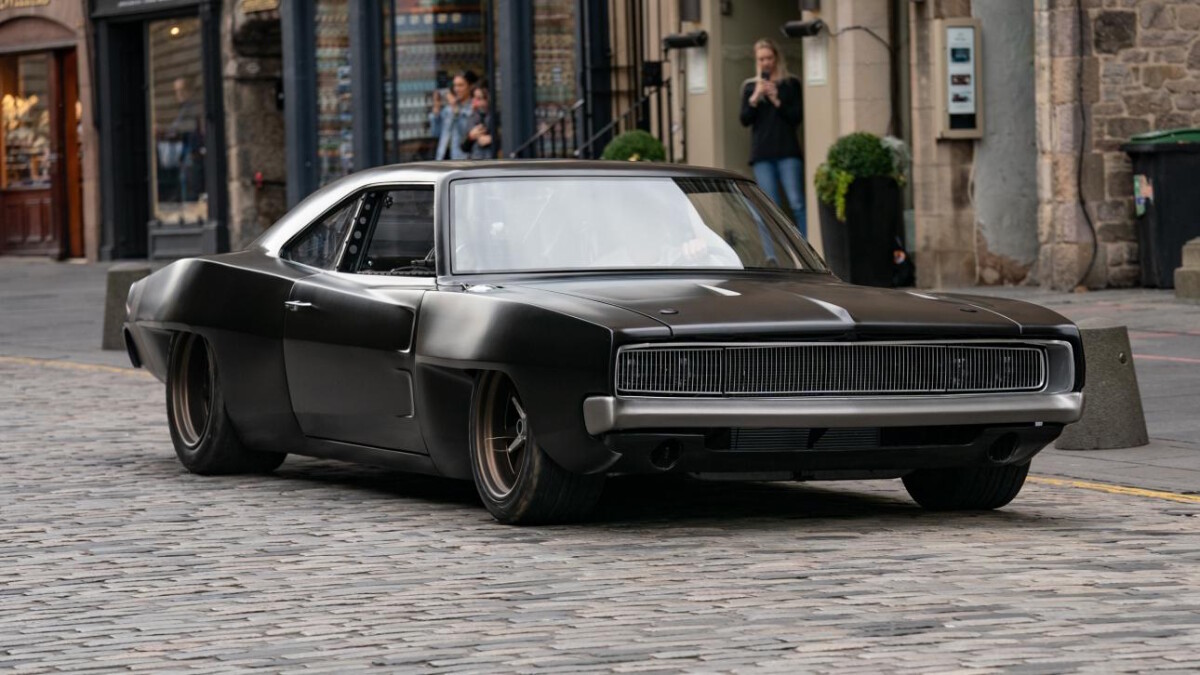 “I was out in Vegas at the SEMA show, and I saw some good friends at SpeedKore. They were in the process of building a wide-body, Coke bottle-style Charger. They showed me what they had in the works. And we’re always looking for something different. After this many films, you’ve got to change it up.

“And the mid-engined thing is just something I’ve always wanted to do. I’ll give the nod to that concept to the Ford GT40. I really like that ’60s feel, the Le Mans feel. There’s always a car I feel we put the most effort into, and that’s the Charger. It’s actually a Hellcat motor with a Demon tune.”

3) McCarthy actually wanted to build all the cars as Hellcats. 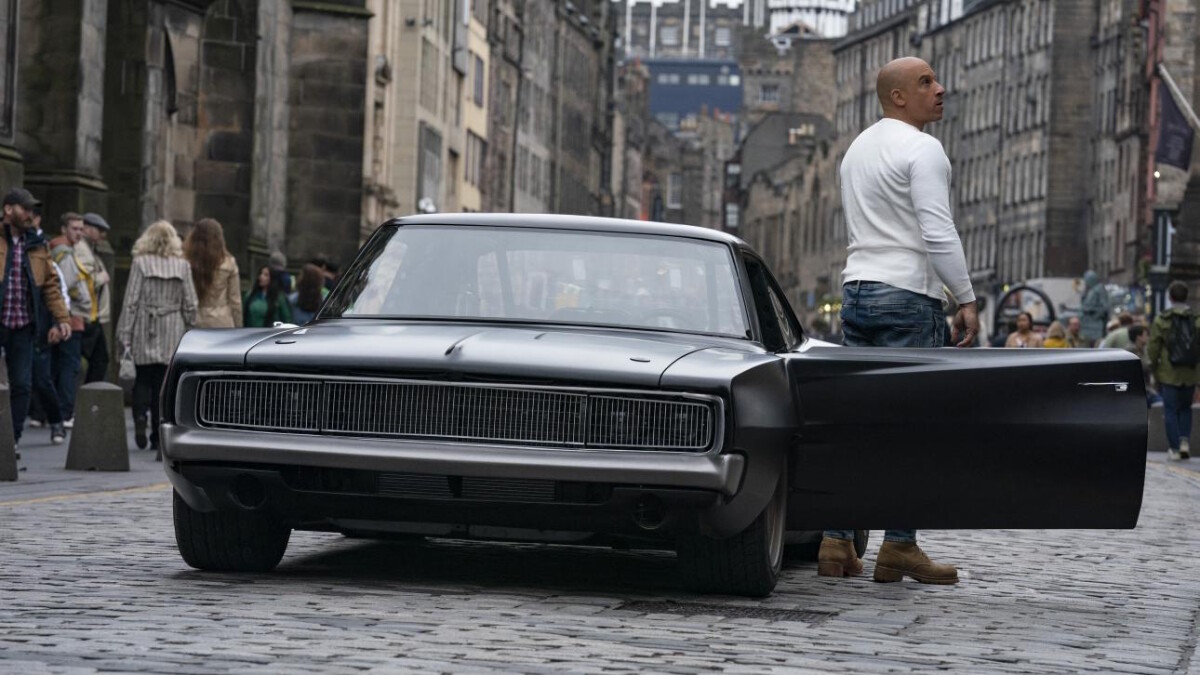 “When we need the big horsepower, we have the Hellcat cars. Believe me, I would have loved to have built them all that way, but those cars are probably some of the most labor-intensive cars we’ve ever built for the film.

“We intended on building three, initially, but there was just no way. We got the two done, loaded them onto a trailer, and sent them out of the country.” 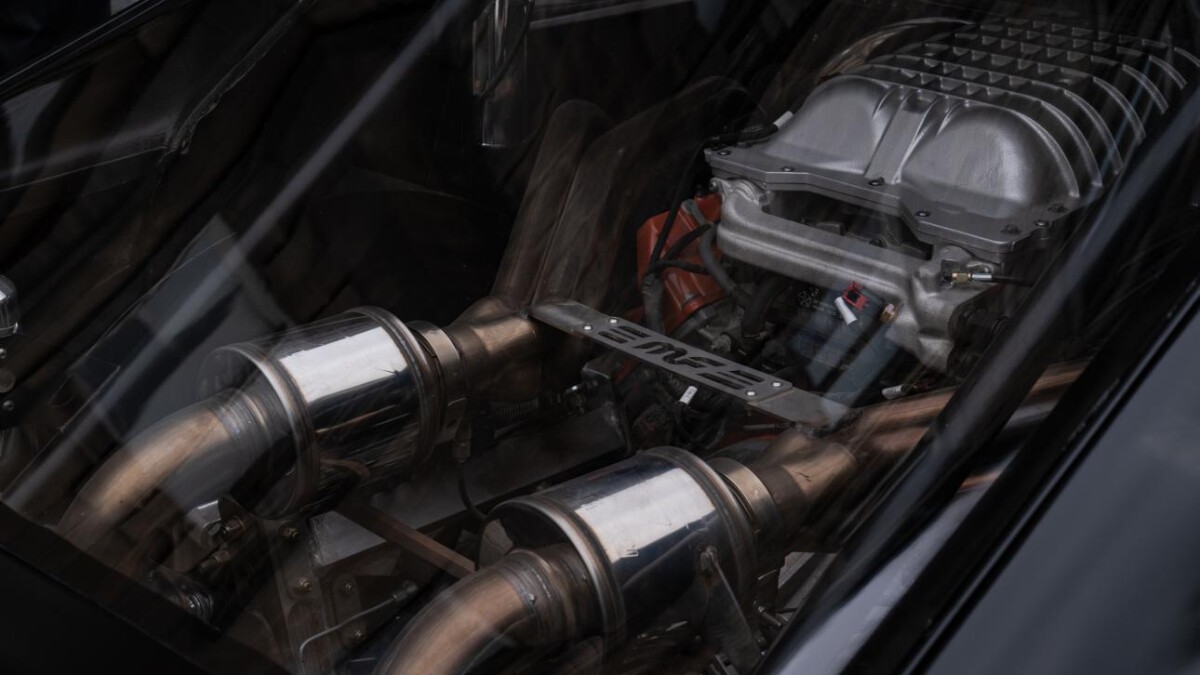 That massive Hellcat V8 stuffed in the middle is matched to a Lamborghini Gallardo six-speed manual gearbox. “Everything underneath the car is custom-fabricated,” McCarthy says. “There’s very little of the original Charger left—only the roof. SpeedKore built all the panels out of carbon fiber. The wheelbase is stretched, and obviously, it’s quite a bit wider.

“This was my favorite Charger.”

5) He thinks the Charger is a proper race car. 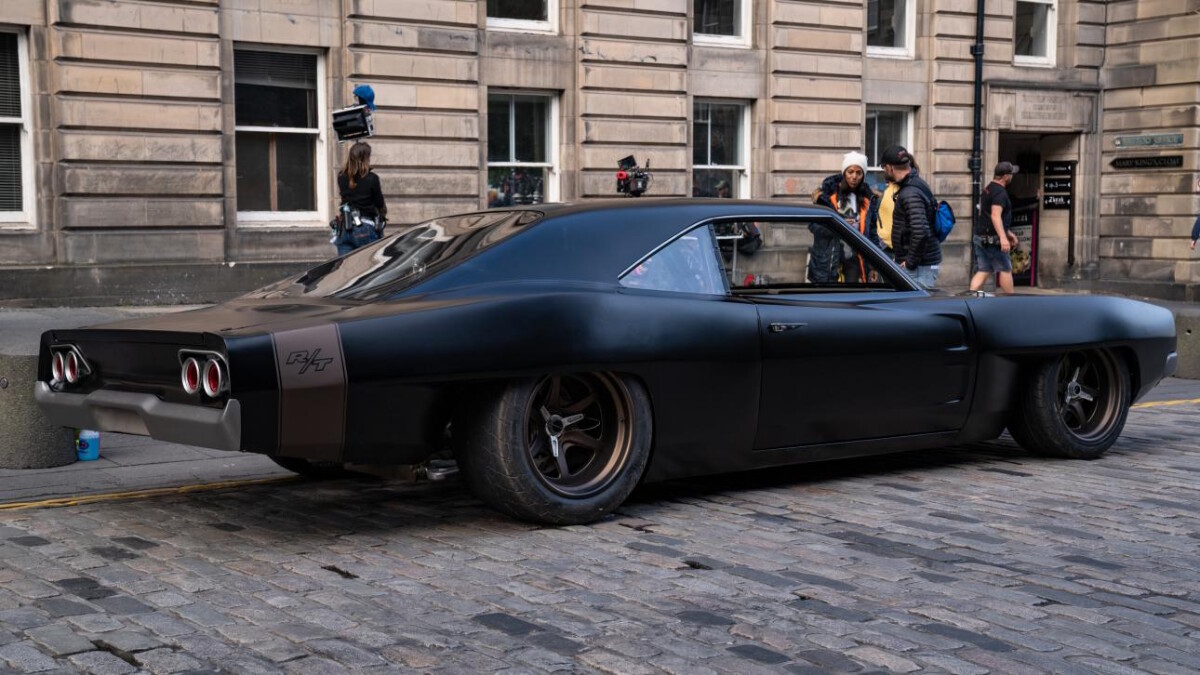 “I want to do a track day with that car—play with the suspension, play with the sway bars, and see what it can really do, because it’s such an awesome platform.

“It is a true race car. It just needs a day of dialing it in. I guess that car is the number-one unknown because we didn’t push it that hard. I didn’t want to damage it! I told my guys that those [two Hellcat Chargers] had to come back alive.” 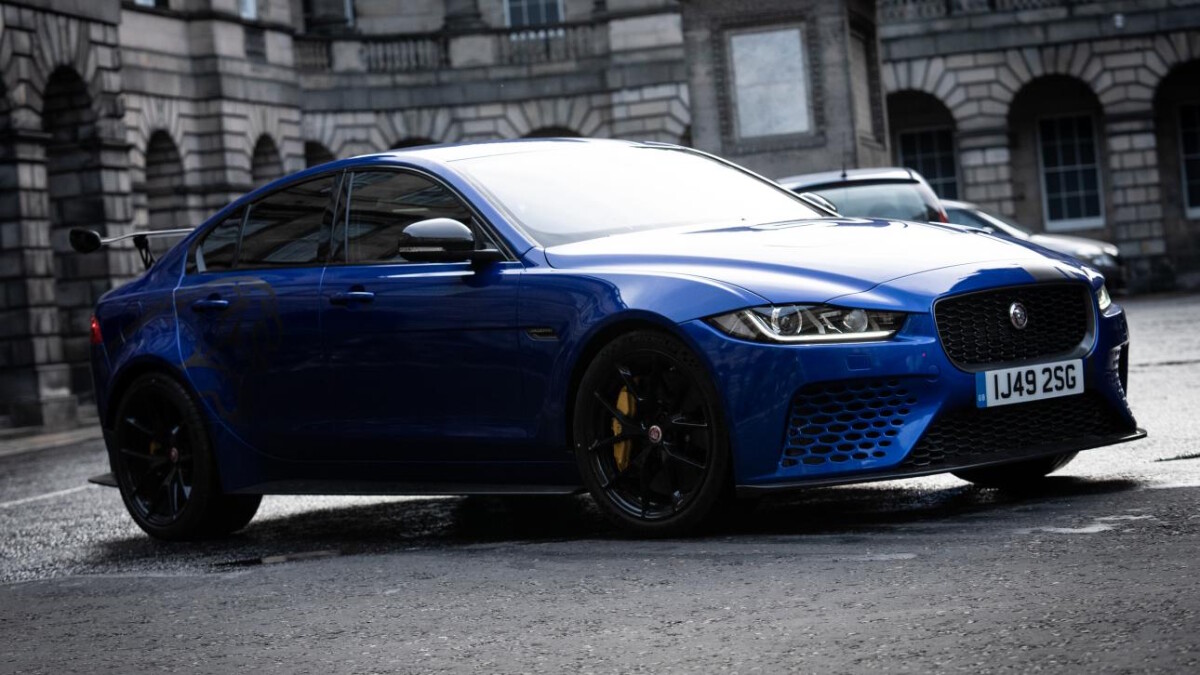 “I read about that car a while back, and I just really loved it. I thought it was one of the coolest Jaguars ever, and I just had to get it in there. A lot of people don’t know what it is or are familiar with it, so hopefully, now they will be.” 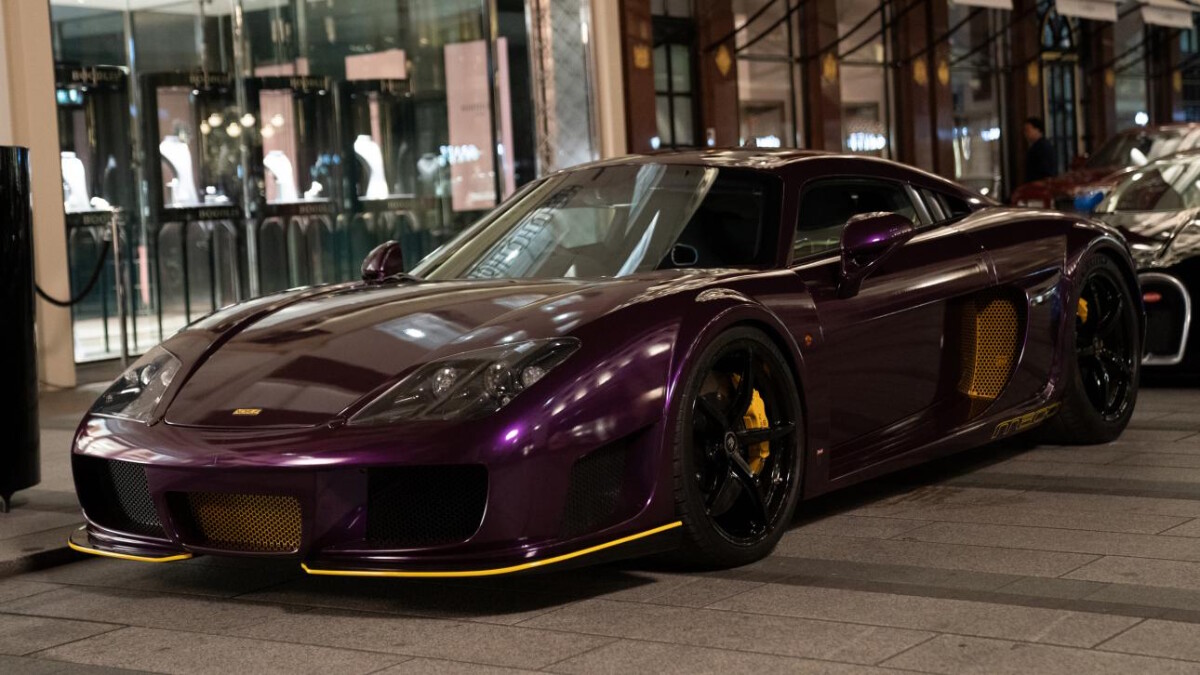 “Same story as the Project 8,” McCarthy says, noting how the car’s rarity and unfamiliarity earned it a place on the big screen. “That’s what we like to do, pull in cars that are a little off the beaten path. Also, it’s a British car ,which is really the key because it’s for Shaw’s [Jason Statham’s character] mother [Helen Mirren, who drives it].

“And my good friend Alex King has a great contact at Noble.” 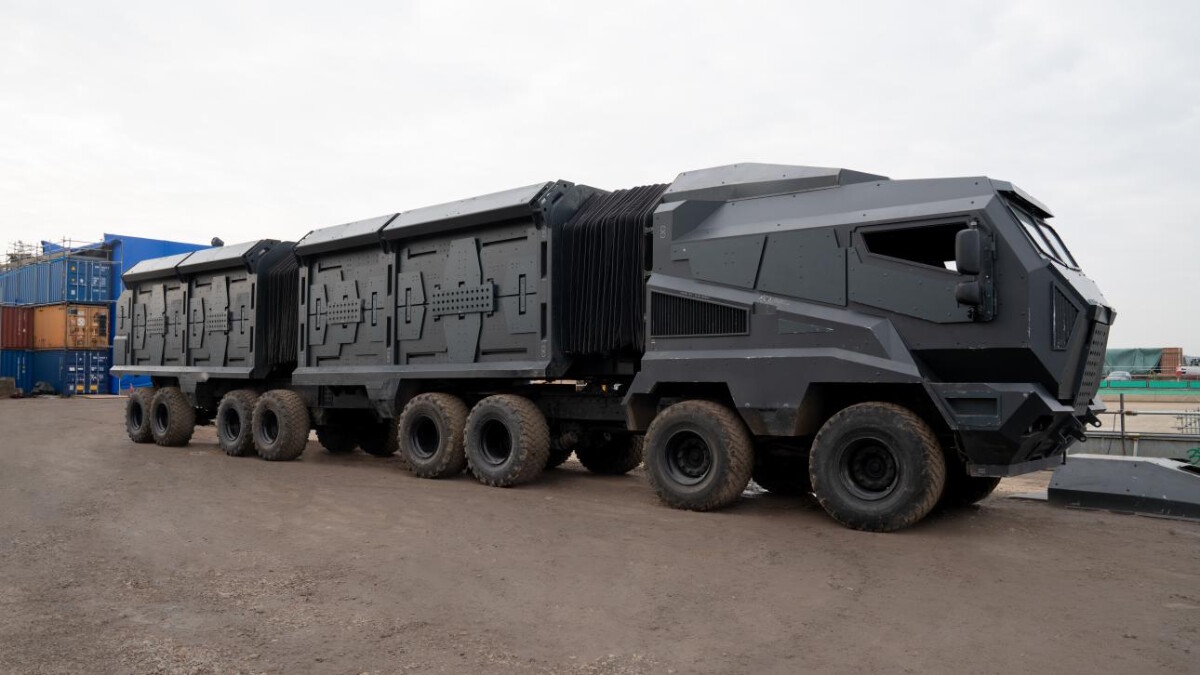 “That thing is insane. It was built out of a Unimog, all-factory Unimog powertrain. I think that will definitely go down as the largest Fast and Furious vehicle to date.”

9) McCarthy would have built these out of big US trucks if he had to do it. 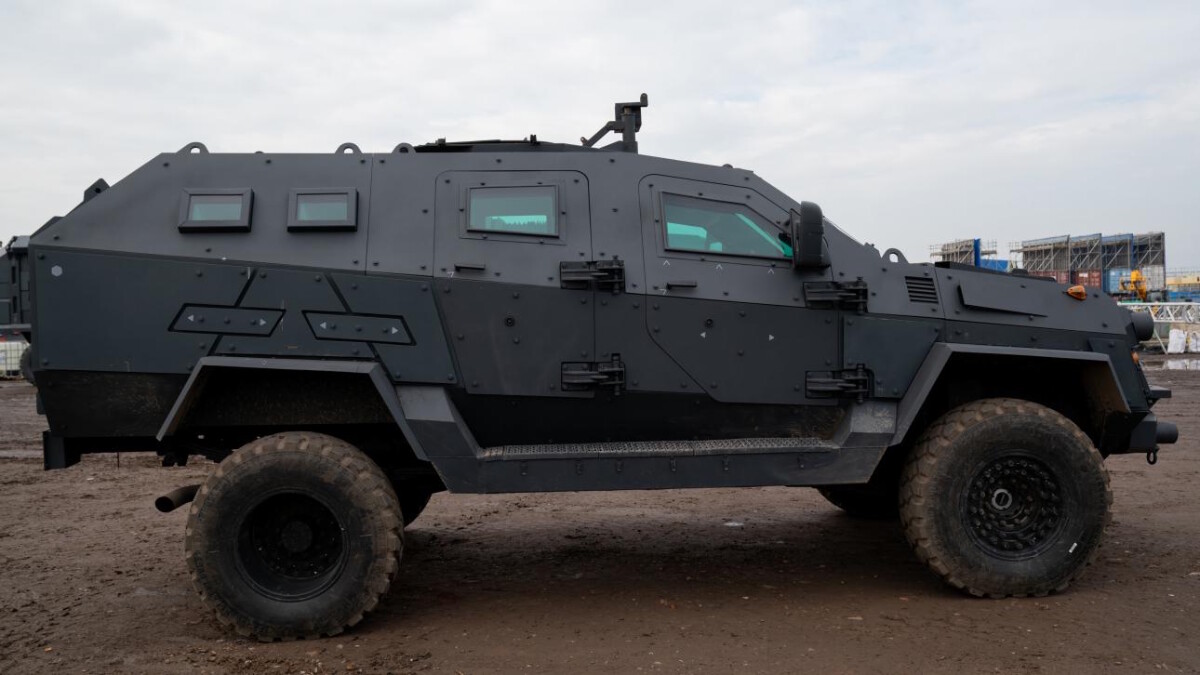 King built both the Armadillo and Armory Truck (above) in the UK. “Unimogs are apparently very common in London!” he laughs, noting how London is indeed known the world over for...breeding enormous Mercedes trucks on its streets.

“If we built them here in the States, it wouldn’t have been the Unimog—it would have been based on a Freightliner or a Peterbilt or something along those lines. But...London. You go to the trusty Unimog.”

Many things have been inextricably linked to London—none as vast, though. 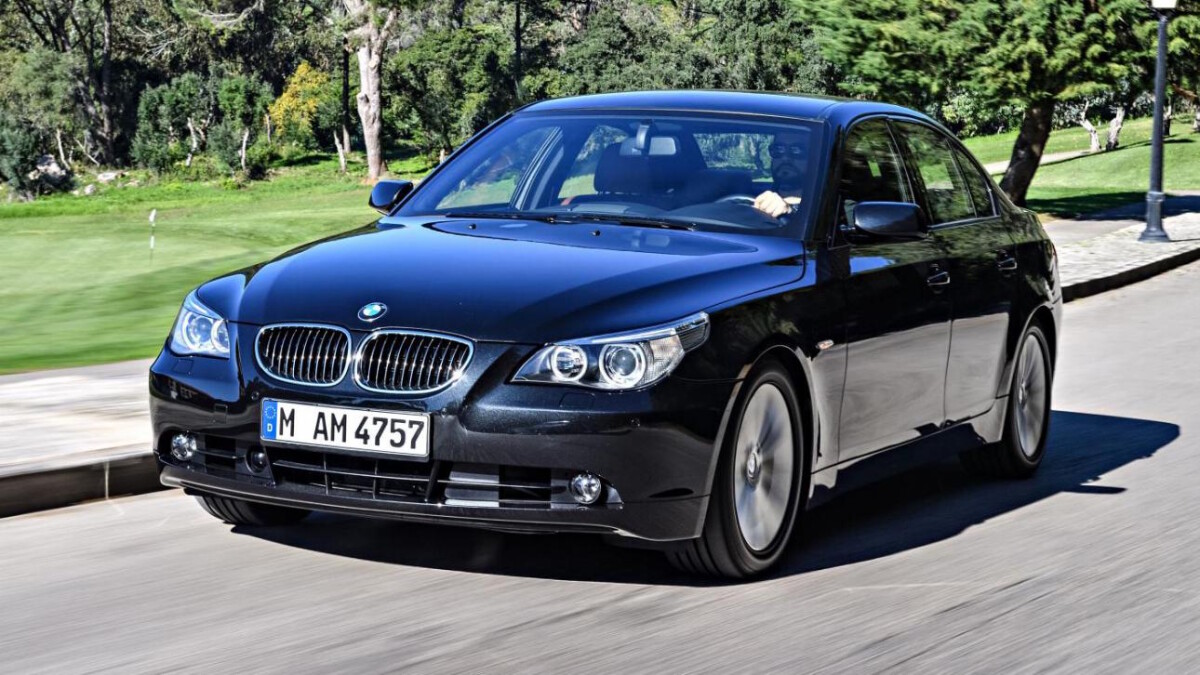 Why, TG asks, was the E60 5-Series so prevalent in Fast 9? “Because they were available, and affordable,” McCarthy says. “They’re just cool cars, and they fit. The stunt guys just love them. That’s a car you can pretty much run as is, you don’t have to do much: a little bit of computer hacking to get rid of the ABS and traction control, put in a slide brake and you’re good to go.

“It’s got great handling, a great platform. And my wife drives a brand-new M5. So, y’know.” 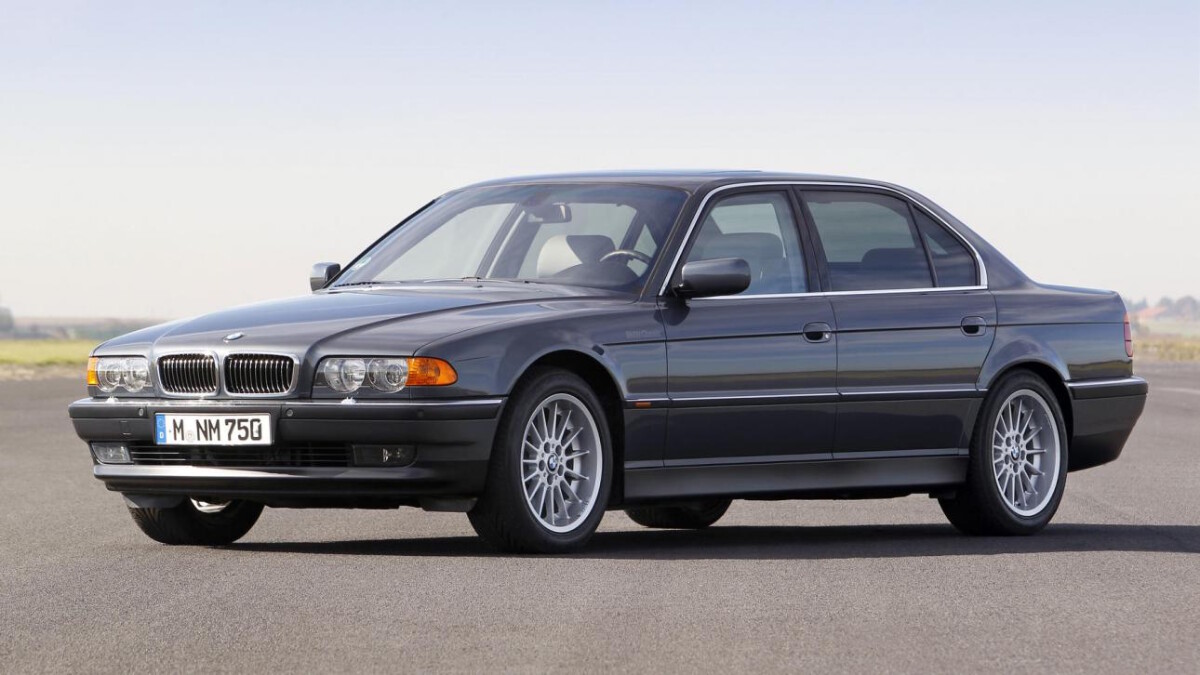 McCarthy just smiles at the mention of it. “It’s a gorgeous, gorgeous car. That’d be a fun one to have for a month or so.”

12) They went through countless wheels and tires. 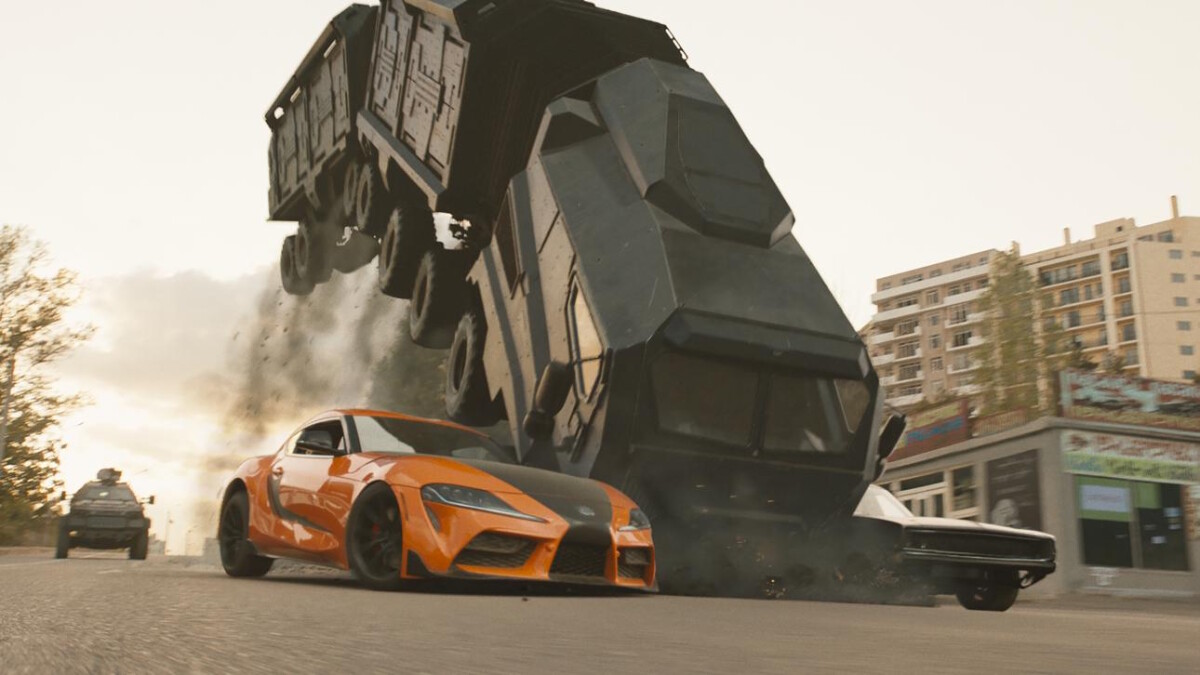 “It’s tremendous!” McCarthy laughs when asked about how many wheels and tires F9 churned through. “I haven’t done the math on that. But, for example, if we send out the Supra, we’ll send out three times the amount of wheels and tires.

“It’s really the rears—they just get burned off nightly. Continental has been a huge supporter of the franchise—and General Tire. If not, that tire budget would be a big portion of the overall budget! Tire help is always appreciated.”

13) They destroyed over 350 cars during the filming. 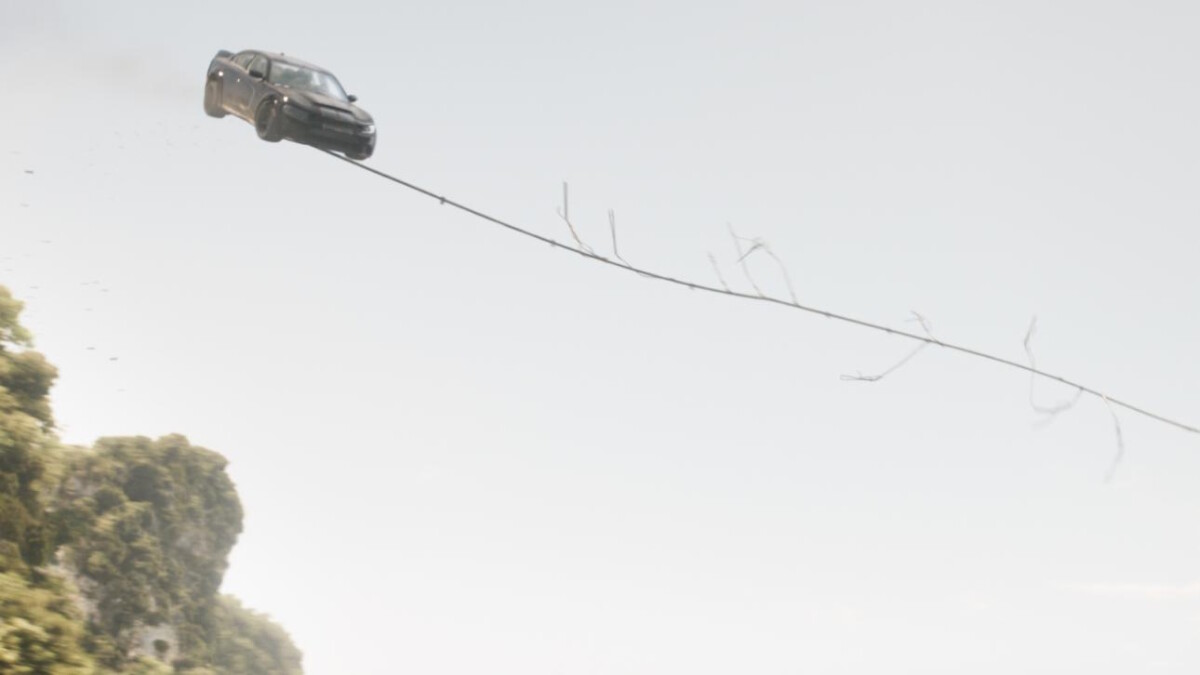 “I think with all of these films, you read the script and go ‘wow.’ It seems like it just gets so much more extreme with every new one. So you’re always thinking, ‘Man, how am I going to pull this off?’ Somehow it always works out.”

It does, but not before an army of disposable metal is trashed for valuable minutes of screentime. How many cars, TG asks, did F9 go through? “Somewhere in the neighborhood of 350 cars,” McCarthy responds, very, very matter-of-factly. “It’s never a small amount.” 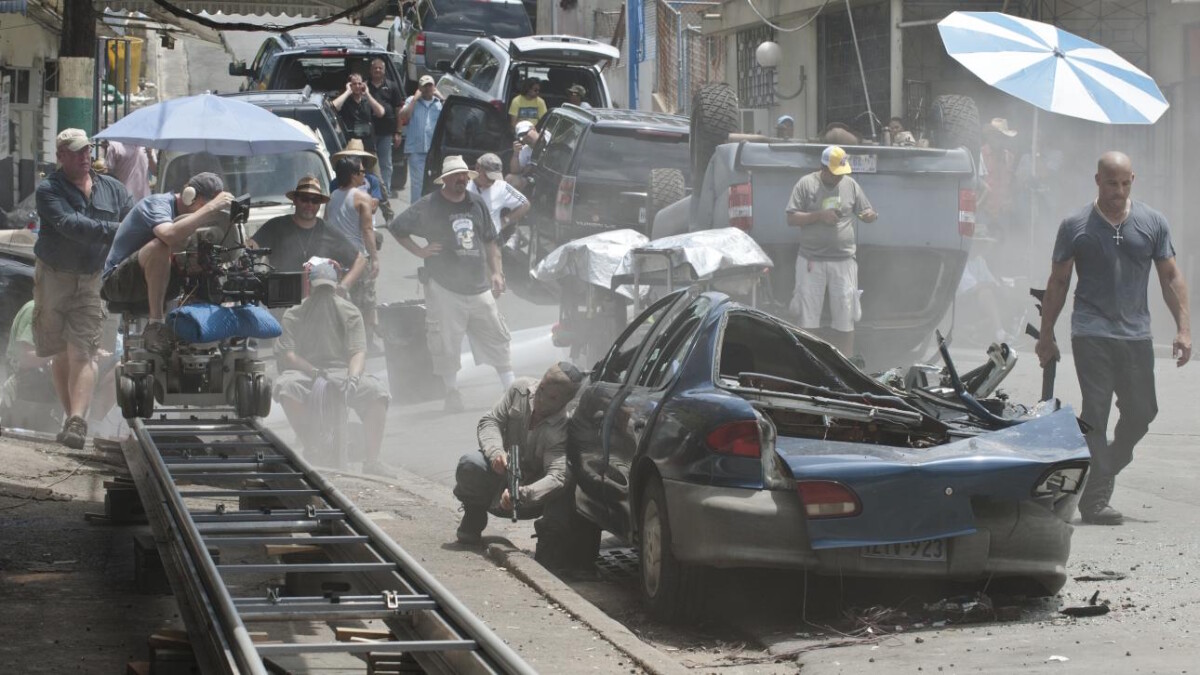 “[Fast 9] wasn’t as bad as others,” McCarthy concedes, “primarily because the sequences were a little more isolated. The Act One sequence was out in the jungle, so it wasn’t like Fast Five (pictured), tearing through the city and ripping everything apart.

“But the environment made it more exciting. In Act Three, we get into destroying a lot more, kind of the usual destruction-fest. Probably not a record-setter, but something different,” he adds.

15) They employed a lot of stunt drivers. 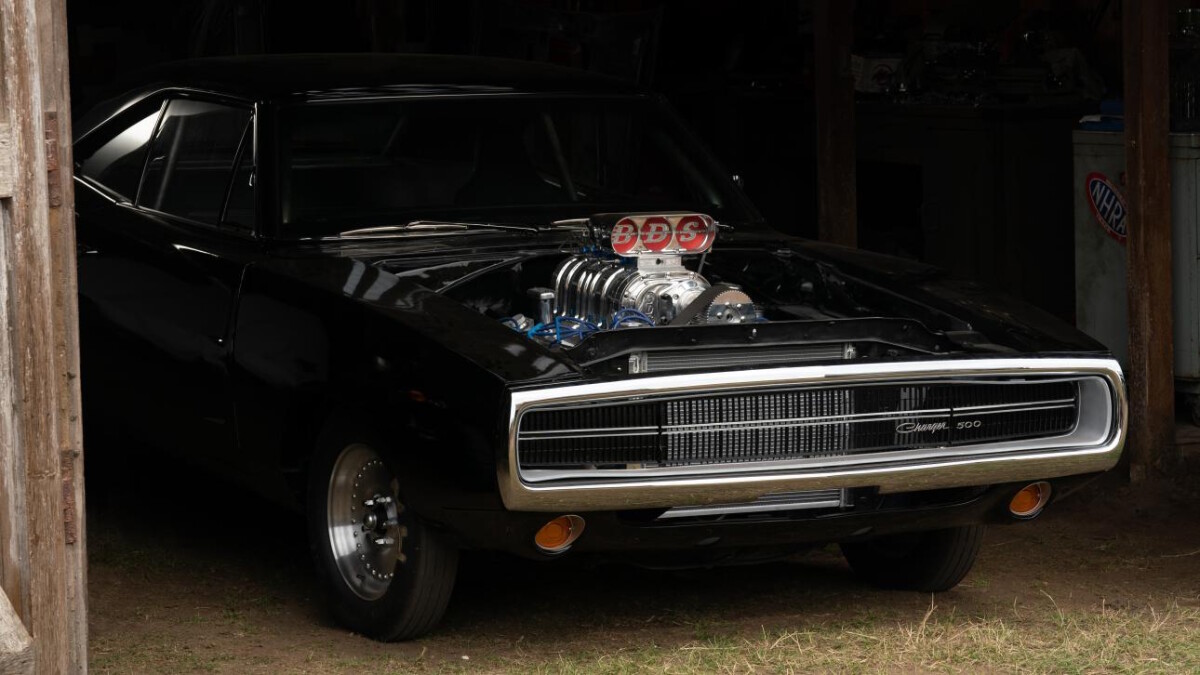 “Always the best in the business—otherwise, we’d be wasting our time.”

16) He still wants a Hennessey to appear in a Fast and Furious movie. 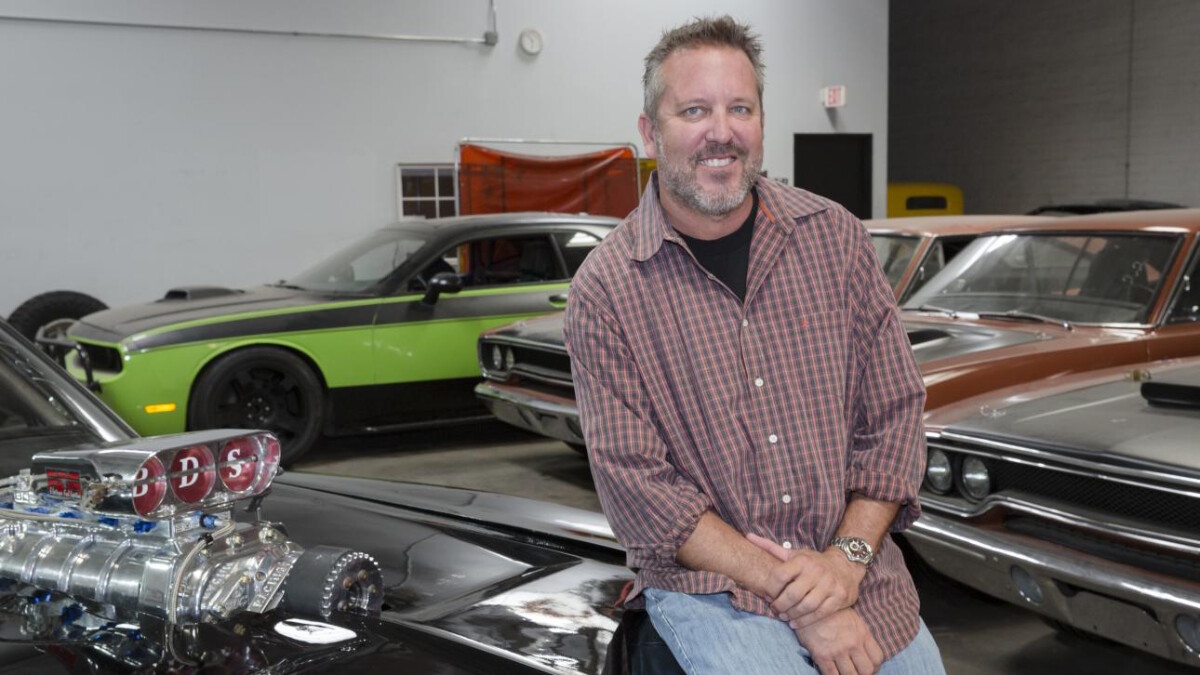 TG reminds McCarthy (pictured) that the last time we spoke, he really wanted to get a Hennessey car into a Fast film. “That’s true!” he says. “We almost pulled it off at one point. I forget which movie, but we were in discussions, and we wanted to get the car and it was so close.

“I would love to reach out to those guys again. Everything they build is obviously ridiculously fast. Maybe for Fast 10 we’ll get that car. I’m glad you reminded me about that.”

17) There’s a Pontiac Fiero. That performs...let’s say exactly what you expect from the ninth Fast and Furious film. 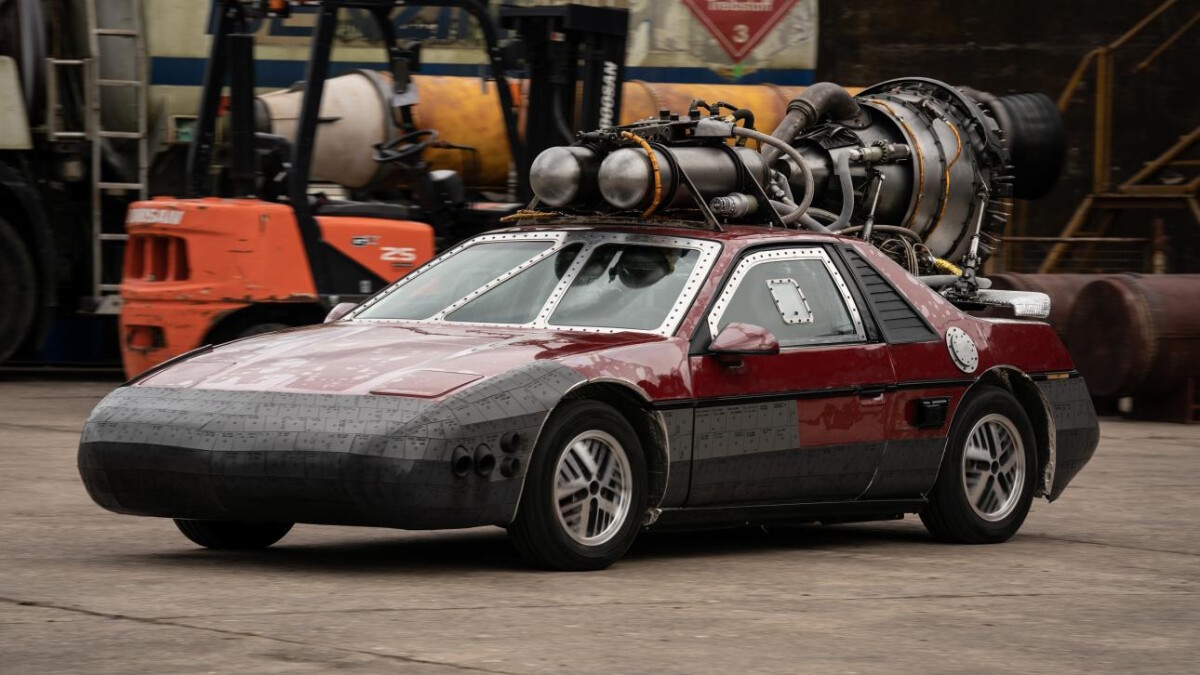 “I think it’s just funny,” McCarthy laughs on the Fiero’s inclusion. He stresses it wasn’t his idea to feature a Fiero, but director Justin Lin’s. “From a comedy element, it’s hard to beat a Pontiac Fiero.

“It is an odd choice, but great entertainment.” 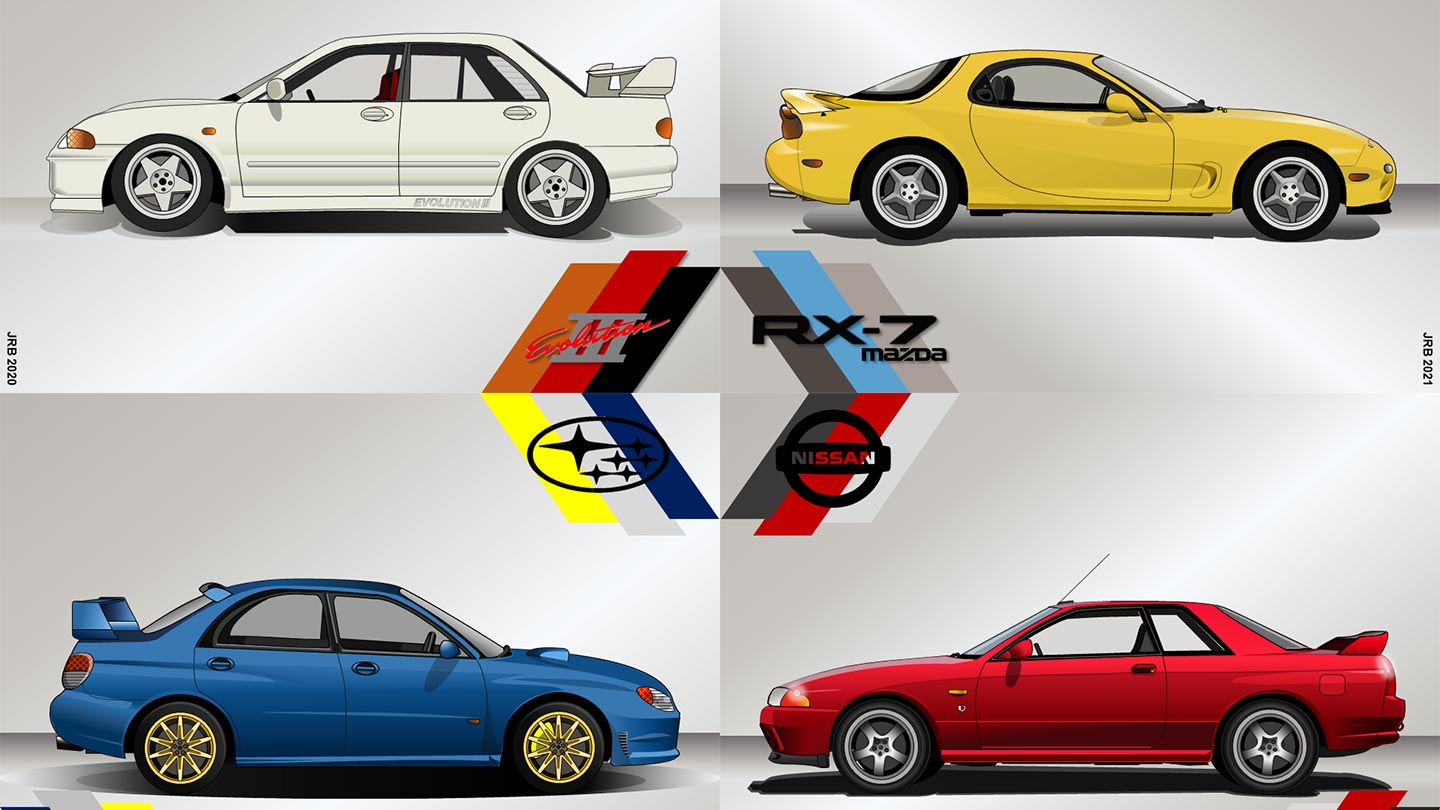