The Ford Fiesta is now smarter, prettier and more refined

Hopefully we get the same
by TopGear.com | Nov 20, 2017
CAR BRANDS IN THIS ARTICLE 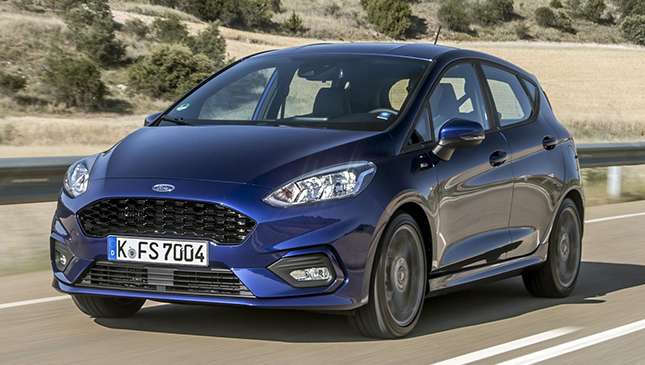 It’s a Fiesta. It drives like one too. But the bits that needed fixing—the cabin and the driver-assistance tech—have had a major revamp.

It’s not just the uncompetitive bits that have been worked on; the whole thing is pretty much new, although that wasn’t the initial plan. After all, the outgoing car was entirely new just eight years ago so they were just going to give it a re-skin, do the other vital changes, and go for a beer. But one change led to another and the engineers and designers ended up fiddling and fettling with almost every part of the car.

The big news though, is the inside. There’s now a smooth tablet screen, sized according to trim level, decent connectivity, and a completely restyled dash and instrument pack.

The Fiesta has got quite a bit longer, but none of that is any immediate use. It’s mostly just bigger bumpers, which the insurance companies wanted. The wheelbase is a trivial 4mm longer. To find a little more useable space there’s been a bit of chipping away around the back seat and trunk.

The body styling takes a very similar face as before, but removes some of the creases in the body, while adding extra curves to the side sculpture. It’s a subtly grown-up look. At the back the old vertical taillights give way to horizontal units that emphasise the width. They’re LEDs in most models. Most versions have LED from running lights in a mascara trace around the headlamps too. 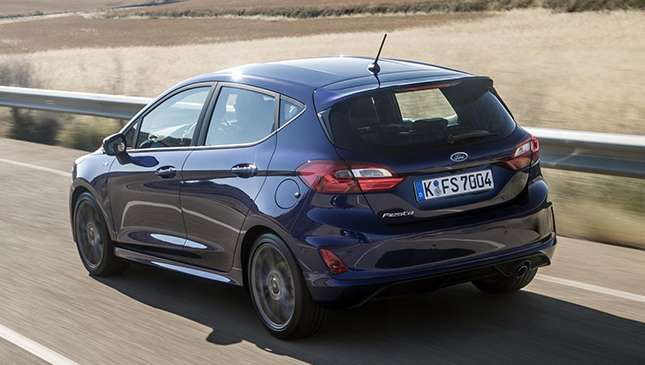 The familiar 1.0 three-cylinder remains, in a wide range of turboed outputs up to 140hp. The old 1.25-liter four is gone, replaced by the three-cylinder in unblown 1.1-liter form. All turbocharged cars get six-speed gearboxes, a brand-new one for the gasoline variants.

The suspensions are new, to provide the wider track. That said, they use the same principles: strut front, torsion beam behind. But we see bigger and more sophisticated bushings in many locations aimed at reducing ride harshness while boosting cornering precision. Stiffer arms do the same. Higher-spec dampers keep the motions better controlled. Bigger wheels and uprated brakes help the gripping and the stopping.

The new range will get more diverse. Right now we have Zetec and Titanium trims as on the old car, plus a semi-sporty ST-Line. There’s also for the first time a luxed-up Fiesta Vignale. Next year the full-fat ST launches. At that time a jacked up ‘country’ edition launches, wearing crossover-style black plastic perimeter cladding. That’s called the Fiesta Active, but it’s not 4WD. 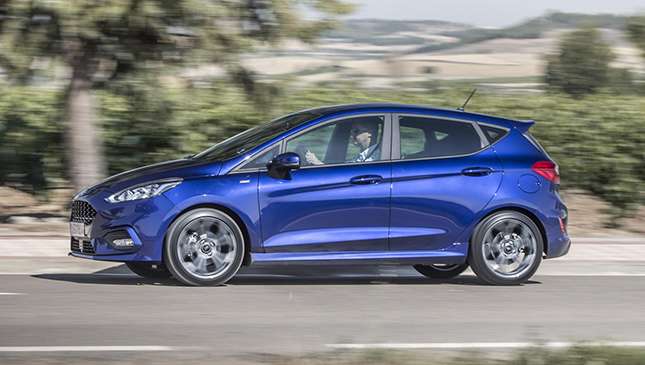 The Zetec, Titanium and Vignale have a comfort-oriented setup. This standard chassis retains the characteristic Fiesta sense of agility and feel as you swing it into a bend. It also resists understeer very gamely, subtly using the unseen hand of brake applications on the inside wheel.

On very quick twisty roads with three-dimensional corners, the damping can get a bit uncertain. Even in a straight line, fast crests and undulations will send it into a vertical wave motion. Also, all versions of the new Fiesta have a wider track and grippier tires than the old one, so naturally it’s able to corner at faster speeds and put the damping under greater duress. 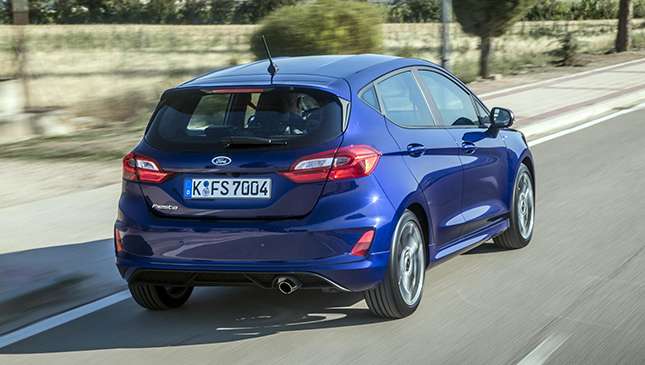 The 140hp version of the Ecoboost 1.0 remains pretty much a hoot to use, with loads of mid-range puff and a boisterous enthusiasm to rev to its 6,600rpm cut-out. Its three-part harmony is subtly enhanced via the speakers, but that’s kept to a plausible rather than cartoonish level.

Its main irritation (and this isn’t new) is that it hangs onto the revs after you lift the throttle and press the clutch. That makes quick but smooth upward shifts a challenge. But the new six-speed gearbox itself has a well-greased and precise stick action, and well-chosen ratios. You swap around between them for fun not because you always have to. 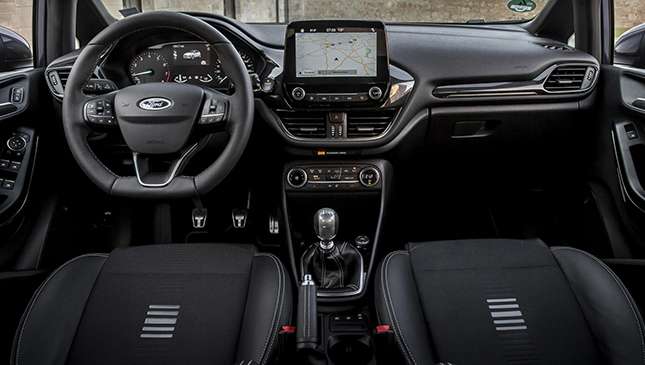 The big change is right across in front of you. An all-new dash architecture moves away from the jagged shapes of the old Fiesta into a series of wave-like strokes. Extra trim strips break up the old car’s big plastic slab. An erect tablet touchscreen takes up the prime central site.

The seats have a wide range of adjustment, so you can now get yourself lower in the car. It’s a good position to drive from. They’re new seats too, generally supportive if a bit pushy in the kidney area. The back seats stop short of being an assault on human rights. If you want to carry grown-ups in the back and not be hated by them, get a Honda Jazz.

Generally the quality of material and the way they’re fitted together is up to snuff for a small mainstream car. But things get tricky when you step up to the Vignale. Its quilted seats and stitched leather seats highlight the contrast with the clanging deficiencies in other parts of the cabin. Worse is the door handle pulls. They’re hollow and hard and scratchy.

The top-level screen system comes at a relatively keen option price. It’s an eight-inch screen with smooth graphics and a quick processor, and hooks up to your phone neatly, as well as providing native navigation. 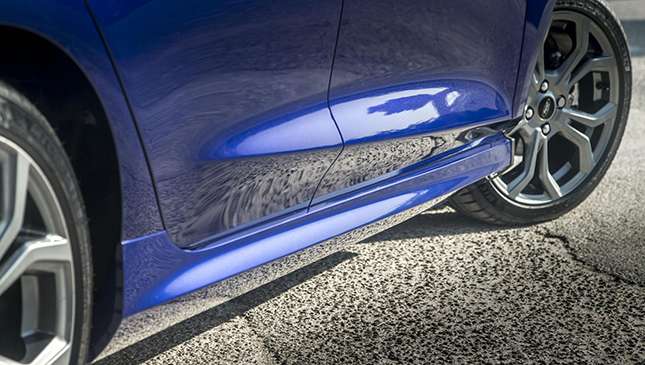 It’s great-looking, smart inside, refined, well-connected and thoroughly easy to use. It’s not the roomiest, nor does it have the highest cabin quality, but they aren’t deal-breakers for most people.

But the Fiesta’s trump used to be the way it drove. There are some fine new rivals, and sadly a little of the Fiesta’s sparkle has gone. Just the very last level of engagement. But overall, the dynamic package is even more rounded than before, so it’s hard to grumble. 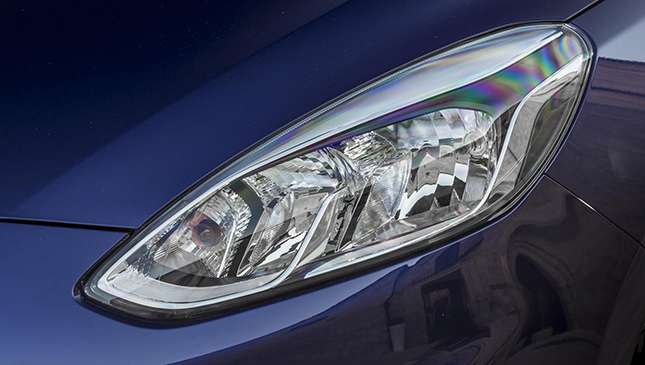 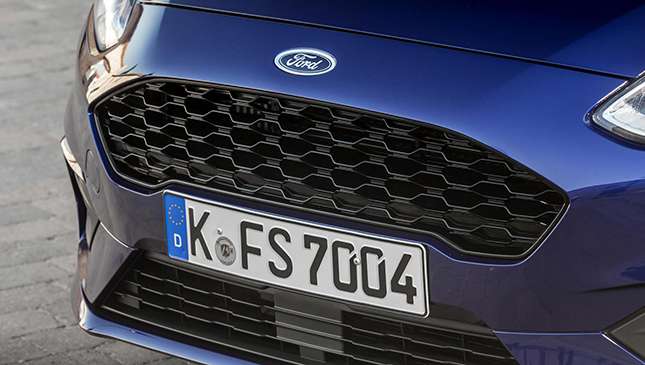 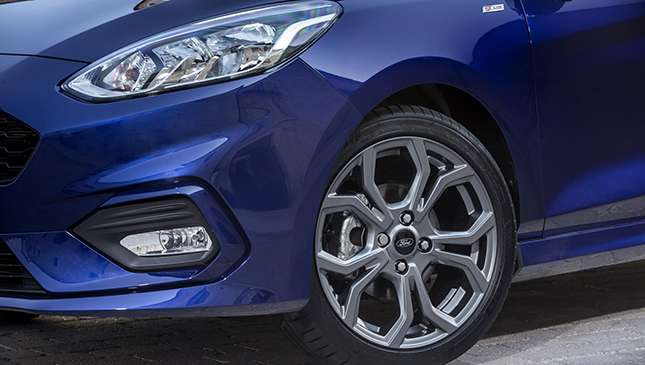 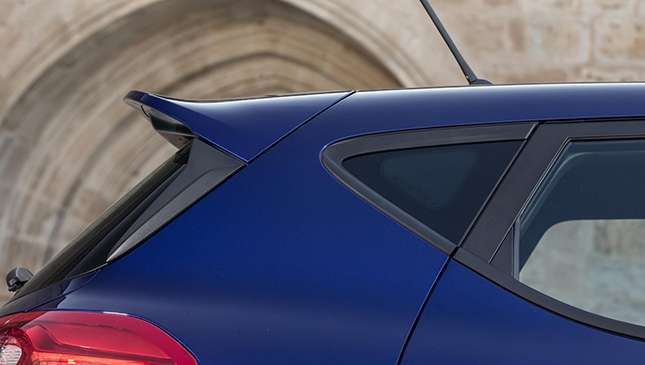 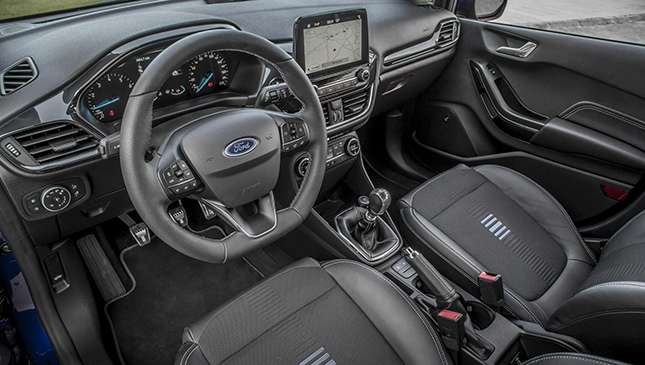 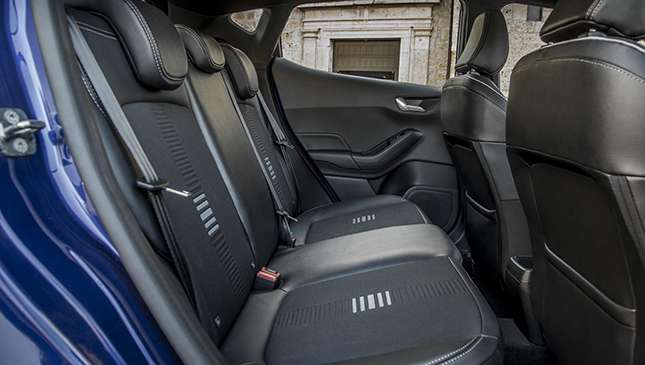 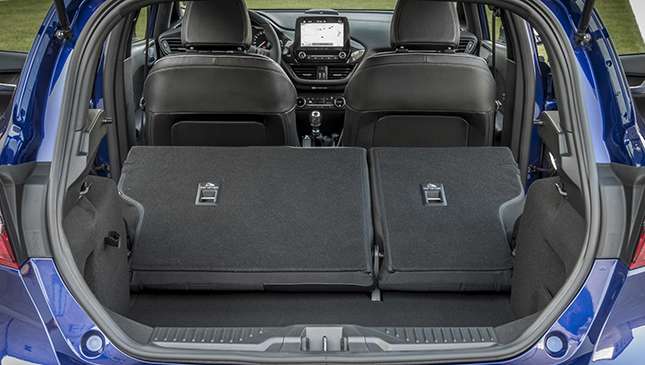 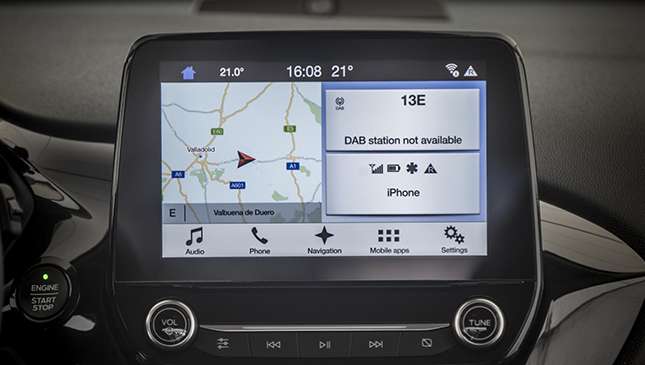 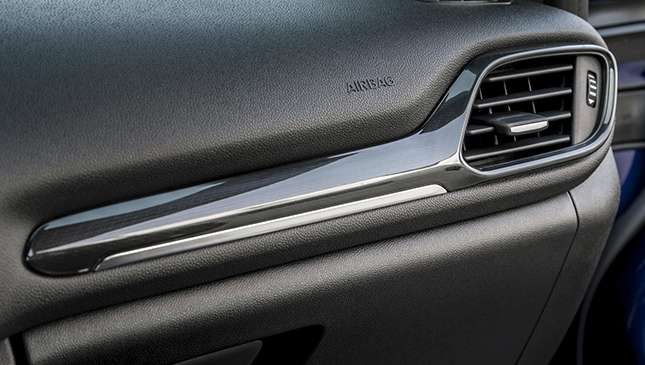 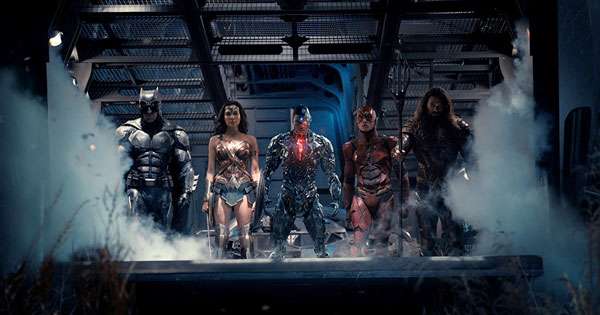 'Justice League' review: Flawed, but fun and surprisingly funny
View other articles about:
Read the Story →
This article originally appeared on Topgear.com. Minor edits have been made by the TopGear.com.ph editors.
Share:
Retake this Poll
Quiz Results
Share:
Take this Quiz Again
TGP Rating:
/20