Our attempt to try a car-less future
by Dinzo Tabamo | Mar 15, 2019
CAR MODELS IN THIS ARTICLE

When people ask me what car I drive to work, my answer usually surprises them: Whatever Grab car arrives at my village. The reality is, driving in our city isn’t fun anymore. It’s mind-numbing gridlock with a sprinkling of selfish drivers making matters worse.

So when I’m not testing a new demo car, I rely mainly on the Grab ride-hailing app to get me around. It’s usually clean and convenient, and I like reading or napping in the back on my way to work. I also live in a gated village, so hailing a taxi is difficult. And even if it were easy to hail a taxicab, I still wouldn’t do so because I stopped riding them in 2015. Do they still smell like wet puppies?

I also don’t have a reserved parking slot in our office building. If you’re familiar with the Robinsons Cybergate complex in Pioneer, you know it’s easier to find an honest senatorial candidate than a free parking slot here. When I got promoted to executive editor, my first order of business wasn’t to share the good news with my parents, friends, and loved ones. The first thing I did was talk to our HR department and see if a parking slot was included in my new position. Our HR head said the position didn’t come with it, strictly speaking, but that she would bring it up with management. Alas, fortune does not favor the newly promoted.

During one of my musings in a Grab car’s backseat, I wondered how much it would cost if I used Grab solely for a month? What would it be like to go car-less in Metro Manila? What are the pros and cons?

For this experiment, I didn’t borrow any demo units for February 2019, and I used Grab any time I needed to go anywhere. I didn’t force myself to use Grab exclusively, however; if there was an opportunity to ride with a colleague or a family member, I did so. In other words, I acted as someone who didn’t have a personal car at my disposal, and people like me always got by with a little help from friends.

For context, I live 5km from my residence in Pasig to our office in Mandaluyong. It’s not far, all things considered, but a normal drive without traffic takes 30-35 minutes, and a gridlocked trip will take 45-50 minutes.

All in all, I booked 63 Grab trips last month—including one that I booked for my girlfriend, a virtual ‘hatid’ I suppose. That looks like just over twice a day, but my daily trips varied from once a day when I could hitch with someone, or as much a four times a day when I had to go to multiple appointments.

My total bill was P13,906. I used the promo codes any chance I could, and relied mainly on GrabCar, with two instances of GrabCar Premium. I didn’t avail of GrabShare.

Here’s what I learned in my month-long Grab experiment:

1) The third-generation Toyota Vios is the most common Grab car; I was able to ride this model 17 times. But you probably knew this already, given how common it is in the Grab pool. Sometimes it sucks when a Vios is hailed, because it tends to be hot in the backseat. When I would ask for the thermostat to be raised, the drivers will give me an irritated glance, then turn the knob one measly notch clockwise, as if their fuel consumption will double because my big body can’t cool itself. The second most common Grab car is the Hyundai Accent. It’s an okay sedan with a decent A/C, but pair it with a twitchy driver and riding in the back will be as disorienting as the latest election news.

2) My average waiting time was 9 minutes and 55 seconds. The shortest waiting time was one minute and 21 seconds, for a ride from Mendokoro in BGC to the Ayala Malls The 30th. The longest wait was on Valentine’s Day, where I got a ride after 26 minutes and 39 seconds, and after 16 failed attempts to book a ride. If you’re thinking what I’m thinking, I agree: Waiting times have gotten better overall. Grab’s #endthewait campaign worked, and the LTFRB has released the additional permits required for Grab cars to operate.

3) My total waiting time for my month-long experiment was nine hours, 56 minutes, and 49 seconds. Waiting an average of 10 mins for every Grab ride doesn’t seem like much, but I guess it all adds up.

4) One big disadvantage of using Grab compared to using a car is the lack of storage. We transferred between office cubicles last month, and I wanted to bring a carry-on luggage to haul my stuff from one floor to another. But I also had to attend a Toyota event on moving day, and I didn’t want to lug around luggage with me. If I had a car, I could have left my luggage in the trunk.

5) The additional destination feature is a godsend. It’s perfect if you’re with a companion who is going in the general direction you’re headed, but has to be dropped off somewhere else. My mother rode with me one morning, but my destination was Bonifacio Global City and hers was The Peninsula Manila in Makati. After dropping me off, the Grab car proceeded to Makati for my mother’s appointment. Had we been in a car, I would have had to drop her off first, then slog through traffic and go to my lunch date. I also want to commend our driver that day for being patient with my mom who doesn’t trust Waze, and believes that the route she doesn’t see is always free of cars.

6) The Grab app’s biggest flaw is that it relies on human drivers, and human Filipino drivers at that. Let’s face it: A monkey can probably pass the Philippine driving test, and that means anyone can drive—but that doesn’t mean anyone can and should. I didn’t notice how bad drivers are in general because my trips were so quick in the past. When I began using Grab regularly for rides that lasted 45 minutes or longer, my tolerance for body-shaking maneuvering was quickly expended. And remember that many Grab cars are not big vehicles that absorb cratered Metro Manila roads easily. These are everyday models like the Vios, the Mitsubishi Adventure, and the Hyundai Accent—decent city cars if there are gentle hands on the tiller, but roller coasters in the hands of hammy pilots. I do hope the one stars I’ve given make their presence felt in the system.

7) Still, it’s easy to be spoiled by the Grab service. There are many courteous drivers who take care of their rides. At its best, it’s like having a chauffeur 24/7. The first time I drove a car after my Grab experiment, I missed the mall parking entrance because I was conditioned to head for the main driveway where people are dropped off. And I miss nodding off in the back with my headphones on. If only the LTO had a real driving test, Grab—and the world—would be a better place. 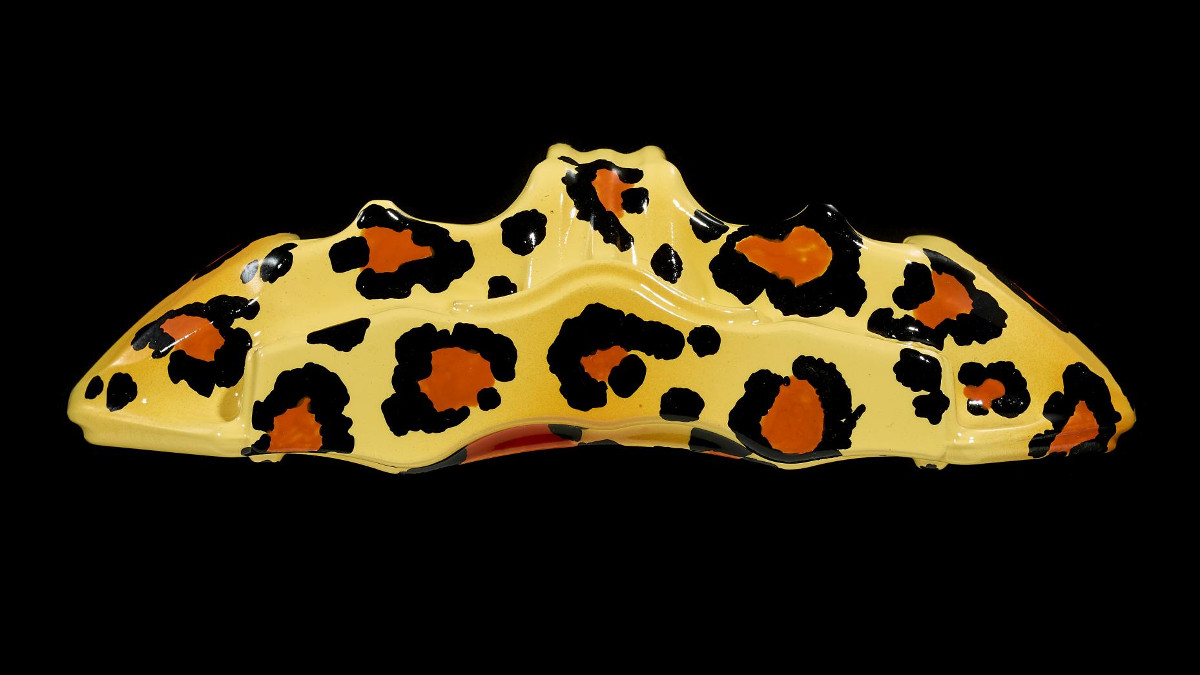 Red calipers too mainstream? Brembo has created nine new designs
View other articles about:
Read the Story →
This article originally appeared on Topgear.com. Minor edits have been made by the TopGear.com.ph editors.
Share:
Retake this Poll
Quiz Results
Share:
Take this Quiz Again
TGP Rating:
/20