For those of us who’ve been itching to get back on the road
by Leandre Grecia | Apr 6, 2020

Itching to get back on the road already? We get it—the ongoing COVID-19 outbreak has deprived us of driving, one of the things we love most.

While some gearheads get by and pass their free hours tinkering with their cars, others like us remain longing for that early morning cruise through an open freeway or that easy Sunday morning stroll around the city. That’s why some people have already resorted to video games to help quench their thirst for some on-road action. The only problem, though, is that it can only do so much as it doesn’t really come close to the real thing.

The gaming setup here, however, begs to differ. No, it still won’t probably give you the same joy as actual driving will, but we reckon the experience it offers is as close as a video game can get. What we’re looking at here is a kick-ass rig that a dude is using to play Forza Horizon 4. Save for the steering wheel, the setup’s designed like the actual interior of a Mk7 Volkswagen Golf—perfect for the car he’s driving.

We can’t say for certain how the system works or how it was built because all we have is a single video, but you can’t argue that it’s pretty fun to watch. The dash looks like the real thing (it probably is) and it has an operational infotainment system fitted in, too—we just don’t know what its functions are for. There’s also an operational instrument cluster that is hooked up to the system. Just look at the RPM gauge as the guy revs just before he launches.

As for the steering wheel, it looks different because that’s the actual controller. But there is a Volkswagen logo in the middle, which makes sense. There’s also an Xbox logo on the tiller, so people in the comments section are arguing whether it’s played through a console or a PC. We don’t know, but does it really matter? Perhaps not. What’s important here is that this type of rig might just actually cure the need for speed in the meantime. Especially if we can spec it to our liking. A Type R setup, maybe?

Anyway, what do you think, readers? Would you want a similar setup at home during this time of quarantine? 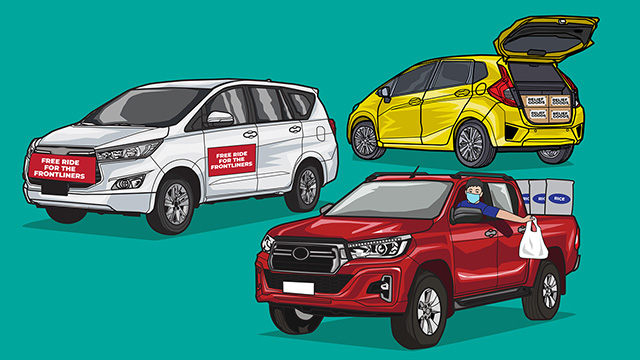 How are car clubs fostering camaraderie during quarantine?
View other articles about:
Read the Story →
This article originally appeared on Topgear.com. Minor edits have been made by the TopGear.com.ph editors.
Share:
Retake this Poll
Quiz Results
Share:
Take this Quiz Again
TGP Rating:
/20