Is it possible for a married gearhead to still indulge his passion for car mods? 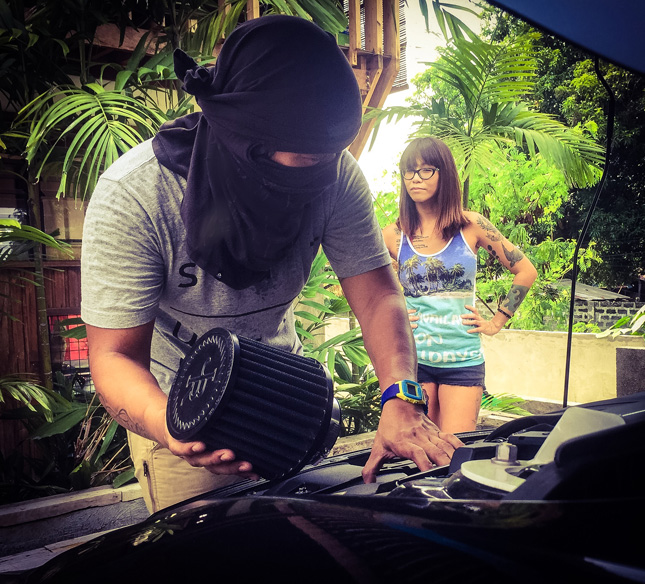 Frank Sinatra once sang: "Love and marriage go together like a horse and carriage." The line is timelessly true, but squeezing in a love affair with your project car into that symbiosis may just turn your marriage into a carnage of sorts--killing your savings, your children's college funds, the annual getaway, and the love your better half has for you. What car-crazed husband would want that, right?

Of course, you can always walk that fine line between keeping the wifey happy while satisfying your automotive masterplan. After all, life is always about balance, but it can be as tricky as riding a gnarly wave to shore or tipping over and wiping out in the process. So I asked a bunch of tied-down blokes about how they'd succeeded in this dilemma.

RAFA: "My Toyota Vios was modified a bit. I focused more on engine performance upgrades as that mattered most. My wife didn't appreciate it as much as I did in the beginning, but it eventually grew on her as she enjoyed the ride. When I'd go with some cosmetic but functional add-ons, she would eventually express appreciation. She stipulated that everything I did with the car should be within my financial capabilities. Of course, bribing her with something she liked would almost certainly win her over!"

MARC: "When the wife and I got married, her first order of business was to raise my car back to stock height as she hated the stiff ride. For the sake of peace and order, I agreed and thought my days of car mods were over. Fast-forward eight years later and I got the perfect car for myself and budget (2014 Mazda 3). I liked the way it looked, but there was a problem. I wanted a sedan but my wife wanted a hatchback. We finally met in the middle and got a sedan with her choice of color. Now I wanted to make the car mine mods-wise, but there was another obstacle. You guessed it: the wife! Luckily, with a few ninja moves and influences from fellow Mazda 3 owners, I was able to transform 'Misaki'. I lowered it and added skirts and huge 19-inch alloy wheels. My wife surprisingly did not complain! Her reason for that? She would get surprised looks whenever she'd step out of a badass-looking car. Plus, she claims looking cute in it. Recently, she ordered my short ram intake. Soon, with the help of my Mazda 3 brothers, I'm going for a performance tune, which I'm keeping from her again. After all, it's not a visible modification. I guess in the end, like in any relationship, it's all about give-and-take and meeting each other halfway. As long as I continue paying for the education of my kids, she's fine with it. From an autophiliac's perspective, the way you treat your car has to be the same or a bit less compared to the way you spoil your wife so as to avoid jealousy or heated arguments. Your wife is the love of your life, while your car is your mistress. You'll have to spoil both so they can give you love every day."

TOHNNY: "When I tied the knot 11 years ago, I knew that I had to throw my car-nut persona out the window. The expenses involved in raising a family, buying a home, maintaining monthly operating expenses, and saving up for the kids’ education just made it impossible to even think of modifying anything on my car. However, my epiphany began when my wife bought a basic yet sporty hatchback. She had always been the practical one in our conjugal partnership, that is why she opted for the lower-priced variant. After a few weeks, however, she began to have buyer’s remorse and told me she wanted to just use our old Kia Sportage as her daily commuter--mainly because of the higher ground clearance. So I found myself stuck with a really nice car seriously in need of a makeover, and that's when my journey in modification began. Knowing my wife was going to balk at spending for aesthetics, I had to squirrel some funds but also thought about mods that she would barely notice. On the surface, that would have been a very tall order. But I consider myself extremely lucky to have met a band of brothers whose philosophy was to get the biggest-bang-for-the-buck mods that are not only reasonably priced and reversible, but more importantly, immensely pleasing to the eyes. So now my base-model hatchback looks sportier than ever with bigger rims, wider tires and a pleasingly lowered stance with nary an objection from the wife."

KARLO: "I never looked at it that way. I stay away from head-on collisions. Never schedule anything in conflict with her or the kids' plans, for instance. I work on my cars when they're doing their own things--usually evenings and Sunday mornings. The bottomline is trust. So far, the wifey has seen the pluses of my little experiments. She admires subtlety and all beneficial mods while keeping them roadworthy. I always took care of minor car or home complaints, and somehow that earned me some space and respect given no one else here can assume those responsibilities. All these added up to putting a smile on her face. Just keep in mind that mod journeys have to be reasonable. People tend to get carried away and overshoot their budget, spending more than the cost of the car itself. A ceiling must be placed on budget and expectations."

Based on these real-life stories, it's evident that instead of intensely pursuing that "dream build" of a car, it's best to stay sensible and find that sweet spot of nurturing both your car and marriage, unless you're Jay Leno. I'm a late bloomer in my passion for cars as it started after the arrival of our first baby. Between daddy duties and working on my music, I found myself spending a lot of time with my Hyundai in the garage. Five years later, my enthusiasm and passion have led me to being part of the country's biggest automotive events and writing about car-related topics including helping those with their vehicle troubles. To top it off, the missus is now very supportive in contrast to how she was some time ago when I started doing modifications on my car, which I did in the subtlest of ways (then again, nothing can really hide those performance wheels).

At the end of the day, it's always about knowing your priorities and goals with the utmost clarity: family first before anything else. When it comes to modifications, remember that looks and/or performance should be synonymous with reliability and safety, things your spouse can appreciate. After all, a happy wife means a happy motoring life. Kudos to all the husbands out there who have found that balance. 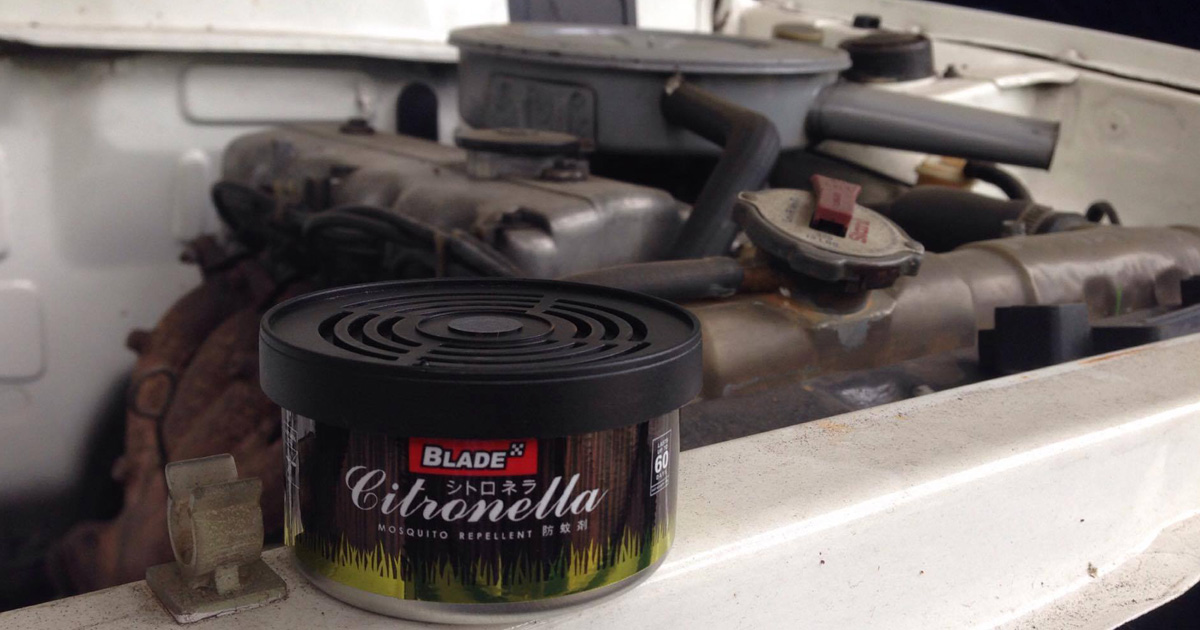 This car air freshener dispenses citronella and keeps mosquitoes away
View other articles about:
Recommended Videos
Read the Story →
This article originally appeared on Topgear.com. Minor edits have been made by the TopGear.com.ph editors.
Share:
Retake this Poll
Quiz Results
Share:
Take this Quiz Again
TGP Rating:
/20