The big, bad G-Class squares up to its Japanese mini-me

Spot the difference
by Ollie Kew | Jan 12, 2019
CAR MODELS IN THIS ARTICLE

The early frontrunner for ‘most modded car of 2019’ isn’t what we were expecting. It’s not the gargantuan Rolls-Royce Cullinan or even the latest Mercedes G-Class (yet).

No, it’s a car so small, it could nestle in the Cullinan’s cupholders—the adorable Suzuki Jimny. Here’s premier purveyors of Japanese crazy Liberty Walk’s finished ‘Suzuki G mini.’ And it’s been to meet a friend.

We first brought you the news of rivet-gun-happy Liberty Walk setting about the Jimny back in August last year. The rendering suggested a menu of phat wheel arches, a square jawline, and a stadium’s worth of high-intensity spotlights. Happily, the finished article is the dead ringer for Liberty Walk’s own tuned Mercedes-AMG G63 we hoped it would be. 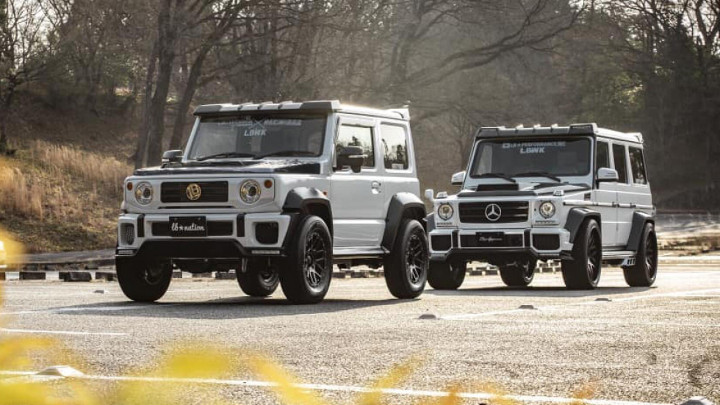 What’s great about this conversion is how the character of the original Jimny has survived intact. Those intricate wheels don’t look oversized (unlike the G’s). It still looks tough. Utilitarian. Like it’d be as at home scaling Mount Fuji as it would mooching through downtown Tokyo, the subtle melodies of Teriyaki Boyz leaking from the tinted windows. 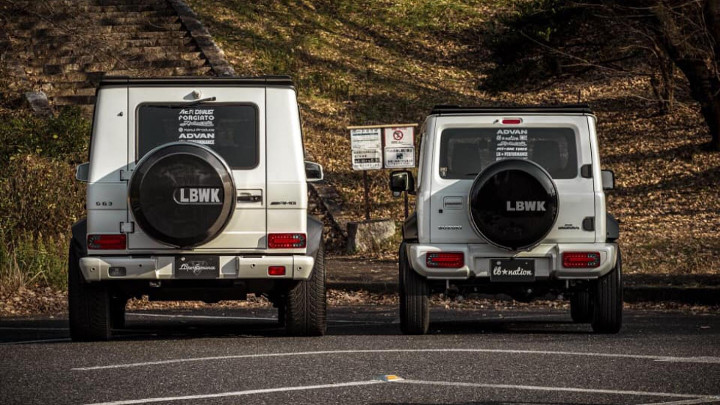 As far as we can tell, there’s only thing it’s missing in this family-reunion portrait. Liberty Walk, where exactly are your G mini’s side-exit exhausts?

Other tuning houses of the world, you know what to do with the Jimny next… 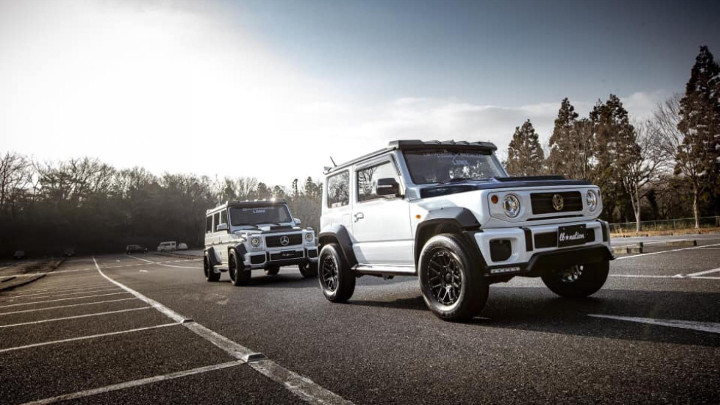 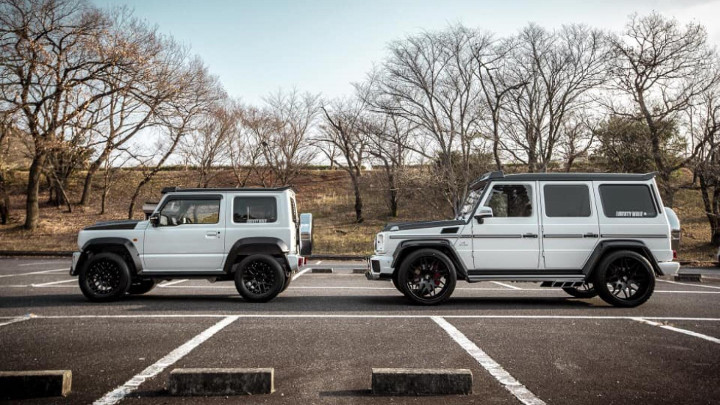 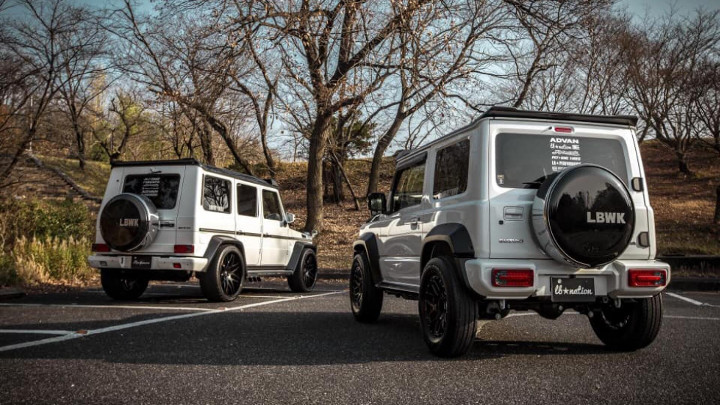 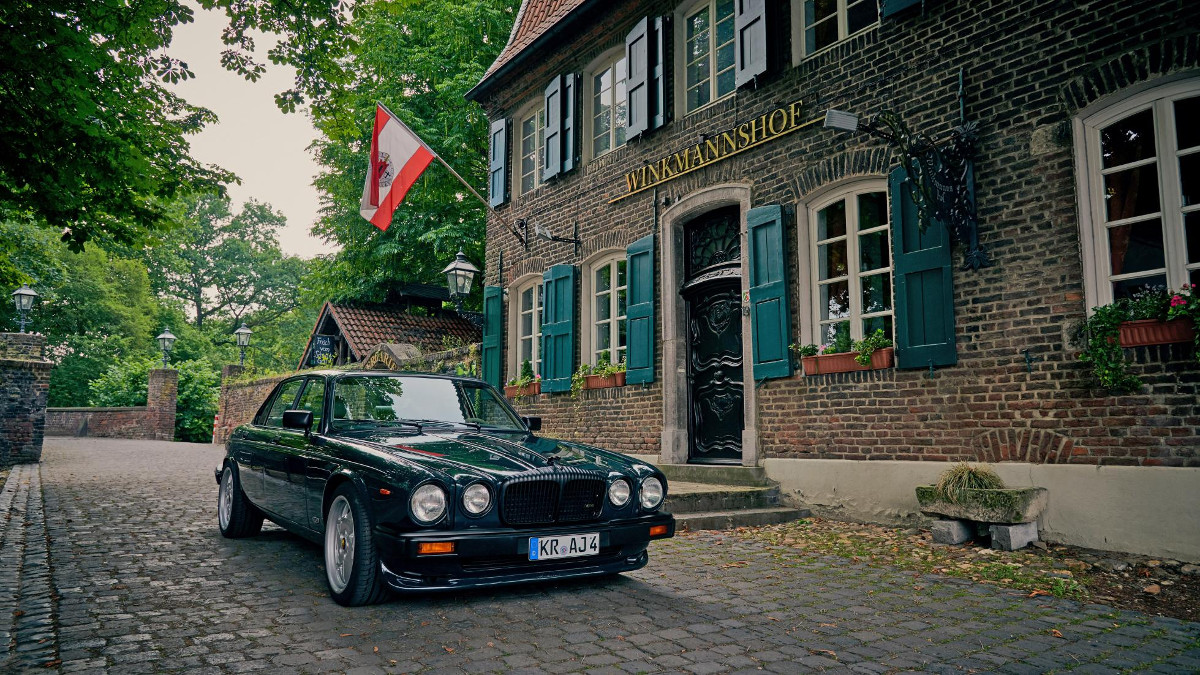 Want to buy a brand-new ’80s Jaguar in 2019?
View other articles about:
Read the Story →
This article originally appeared on Topgear.com. Minor edits have been made by the TopGear.com.ph editors.
Share:
Retake this Poll
Quiz Results
Share:
Take this Quiz Again
TGP Rating:
/20