Why are manual transmissions only available in base variants?

We recently got a question from one of our readers asking about manual transmissions and why they are only available in the base models of cars. He laments about how one has to choose between getting a manual (truly the enthusiast's choice) and simple amenities such as a backing-up camera or parking sensors. He wondered why manufacturers don't offer high-end, top-of-the-line cars with all the bells and whistles along with the ability to row your own gears. While there may not be a simple and straightforward answer, we asked some friends in the industry about it and we did our research to get to the bottom of his conundrum.

First of all, don’t let the enthusiast bug bite you. We, the drivers who enjoy driving for driving’s sake, adore our manuals, but we have to keep in mind that we play an absolutely tiny part in the bottom line of car companies. In 2016, manual transmission vehicles only made up 3% of the cars sold in the entire US. Because of this, brands like Audi have ditched the manual transmission entirely. Even high-end sports cars such as the Porsche  911 GT3 have flirted with the idea of dropping the manual completely (Porsche later capitulated and currently still offers a manual).

The reason for this is that the current crop of automatics have advanced so far from the four-speed transmissions of old that there is almost no reason to choose a manual over an auto in this day and age. It simply becomes a sales issue. Why, if you were a manufacturer, would you invest in spending time and effort developing a transmission that only a small handful of diehards would actually spend money on? It’s one thing to scream to the high heavens and hashtag #savethemanuals, it’s an entirely different thing to actually go out and spend money actually buying said manual cars. Our wallets have spoken, and as enthusiasts, we didn’t put our money where our mouths were at.

It isn’t just about sales figures though. Manuals used to be the choice for those wanting a more fuel-efficient driving experience. 'Used to' being the operative term because automatics, especially the newer continuously variable transmissions (CVT), can return so much better numbers now than even the most frugal driver. Modern CVTs with their infinite ratios can ensure that the engine is always at peak performance and peak efficiency. Sure, they can drone at times, but the reason they are so ubiquitous in the modern world is that they just work well. In fact, Lexus has taken this up a notch with its hybrid transmission; its new LC is equipped with a four-speed transmission mated to a CVT, allowing for the best of all the worlds in one transmission.

What about the argument that it’s faster? While this may have been true during the heyday of slow-shifting, overdrive-equipped autos, modern single and dual-clutch transmissions can shift gears faster than any human could ever dream of. With shifts happening in milliseconds even in the days of the much maligned flappy-paddle F1 gearboxes, electronic transmissions have been kicking our ass at shifting for decades now.

For a definitive answer, we asked a friend in the industry as to why you just can’t get a manual in a high-spec car. Jose Penalosa, formerly of Toyota Motor Philippines and currently at Nissan as trade marketing manager, believes that it’s a cultural thing. When you buy a high-end variant “you’d expect a more premium transmission or at least a feel of an automatic as compared to a manual,” based on studies done in our country.

History showed that a person who pays 800K to a million would just prefer to have an automatic. Penalosa says that from a manufacturing perspective, with the sales volume of manuals dropping year-over-year, there’s just no business sense in producing manual cars anymore. While it is true that for some models, such as the Vios and the Wigo, the manual would be cheaper to produce (hence the availability on the cheapest variant), for most other cars the lack of interest in manuals just makes it a no-brainer, so only automatics are offered for the higher-end models.

This is just the current state of mind. Even automatics are now in danger as most of the modern electric cars don’t even have transmissions. At the end of the day, a transmission is just that, a method of transmitting power from the engine to the wheels. As long as we don’t spend our hard-earned money purchasing a car with a manual transmission, manufacturers will treat this as implied consent to kill off manual cars and make it nothing more than a vestigial organ of a past motoring life; one that we can look back on fondly with rose-tinted glasses.

Then again, with the traffic as bad as it is, do you really want to be driving a manual in rush hour? 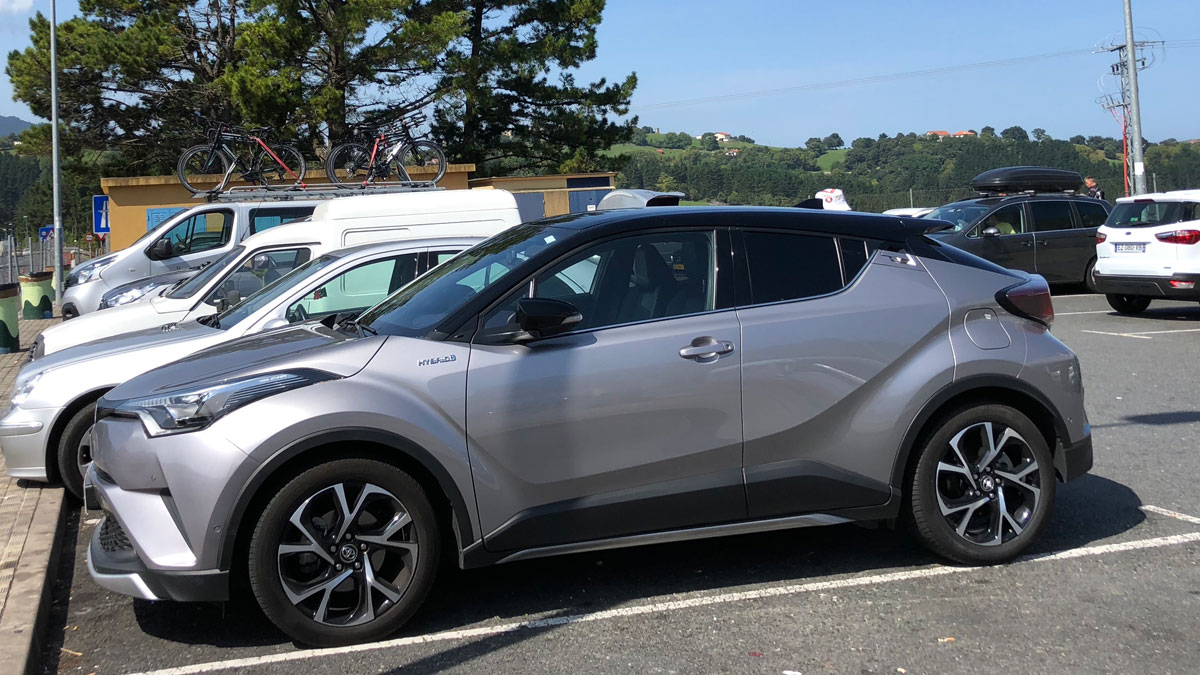 What I learned about the Toyota C-HR after driving it for 1,000km
View other articles about:
Recommended Videos
Read the Story →
This article originally appeared on Topgear.com. Minor edits have been made by the TopGear.com.ph editors.
Share:
Retake this Poll
Quiz Results
Share:
Take this Quiz Again
TGP Rating:
/20