Clark-based Classic Speed did a good job
by Joey Bernardez | Apr 4, 2016
CAR BRANDS IN THIS ARTICLE 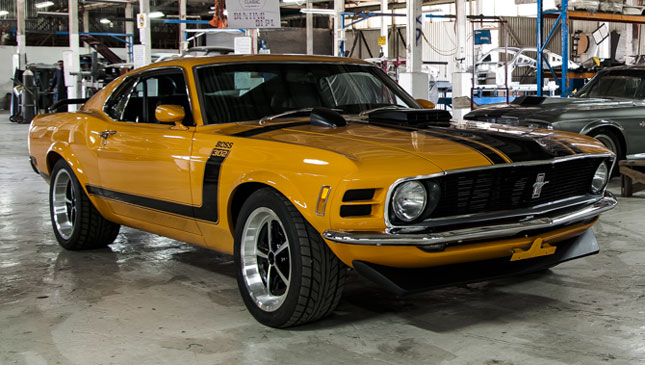 It was the early '60s. Ford general manager Lee Iacocca wanted to come up with a concept of an inexpensive model with European styling. The company designed the car using the second-generation Falcon chassis to keep the costs down.

Advertising agency J. Walter Thompson was tapped to do the research for the name, and "Mustang" was chosen because it suggested "the excitement of wide-open spaces and was as American as hell." The Mustang sold over 400,000 units in its debut year in 1965. Fifty years on, the pony car is still going strong. 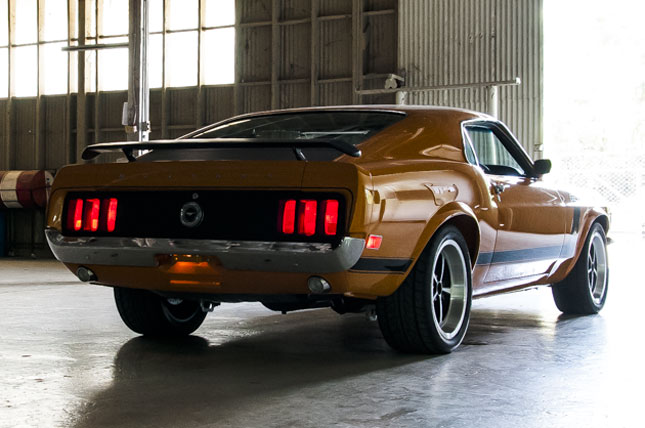 Through the years, a number of performance variants have been offered--Shelby, Cobra, Bullitt, Mach 1 and SVT, to name a few. Among these beefier versions, the Boss 302 is one of the most celebrated. It was introduced in 1969 and only produced until the following year. The moniker was revived for another two-year stretch in 2012 and 2013. The Boss 302 was a homologation special, produced to compete in the Sports Car Club of America Trans-Am Series. But first, they had to sell a certain number of homologated versions. And so the Boss 302 package was developed.

The Boss 302 Mustang would compete against the Chevrolet Camaro Z28 in the series. The existing 289-cubic-inch V8 engine offered in the Mustang prior to 1969, however, wasn't powerful enough to compete with the Camaro's small block. So Ford developed the 302-cubic-inch to comply with the homologation rules.

Ford's Larry Shinoda styled the car and called the project "the Boss's car," referring to Semon "Bunkie" Knudsen, then president of the company, when asked what he was working on at the time because the project was a secret. And the name stuck.

The performance of this Mustang was extraordinary. It had an output of 290hp (race versions reached 450hp), and it accelerated from zero to 100kph in under seven seconds. 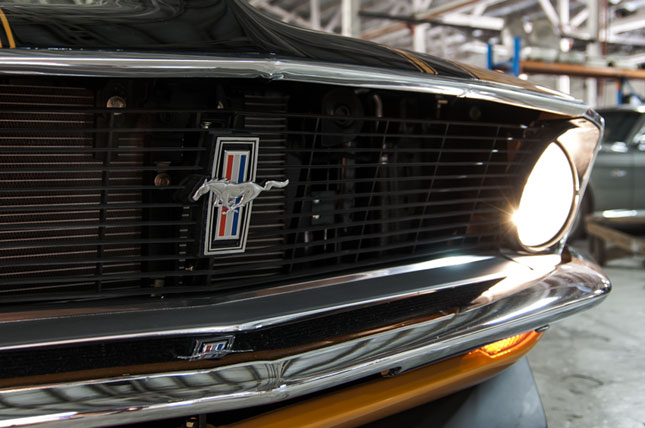 This example from 1970 was restored in the Philippines by Classic Speed, an Australian enterprise operating inside the Clark Special Economic Zone. It specializes in the restoration of '60s to early-'70s Mustangs.

The car was found in Tennessee, and had been stored since 1975. Classic Speed gave it a resto-mod treatment. It retains its original color of Grabber Orange, the championship-winning color in 1970.

The car-restoration company upgraded and modified the unit so it could be used as a daily-driver. The body and the chassis were taken apart and given a full overhaul. Correct chassis jigs for '60s to early-'70s models were used to ensure that the body and the chassis were correctly placed back together with uniform panel gaps after taking them apart.

The engine has been completely rebuilt, and a new fuel-injection system has been installed, along with stainless-steel headers and exhaust. The result is an output between 350hp and 400hp. It's mated to a contemporary Tremec TKO five-speed transmission with a Hurst shifter. 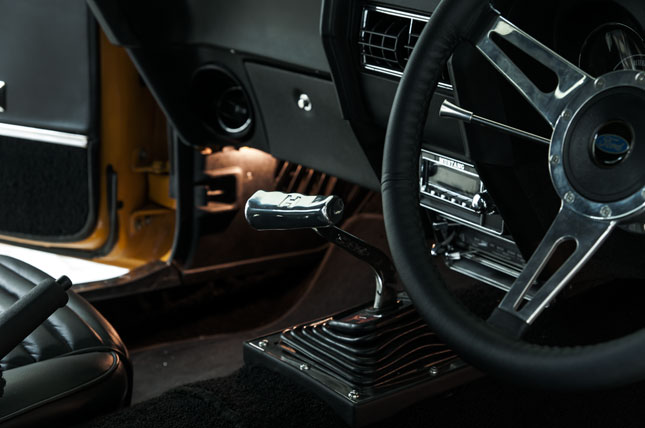 The most interesting modification to this car is the switch from left- to right-hand drive because it was destined for Australia. To make it handle and feel like a modern car, the suspension has been replaced with underpinnings from Total Control Products. A powered rack-and-pinion steering conversion has also been installed as well as four-wheel disc brakes from Wilwood. To top it off, air-conditioning and a full-leather interior have also been added.

A Mustang restoration from Classic Speed can reach somewhere in the vicinity of $140,000 (around P6.44 million), depending on what the customer wants done to the car. Special consideration was given to this particular Mustang because it's a genuine Boss 302 with matching numbers. It belongs to George Holman, proprietor of Classic Speed. Writing this story has been an opportunity for us to see the boss's Mustang up close and personal. 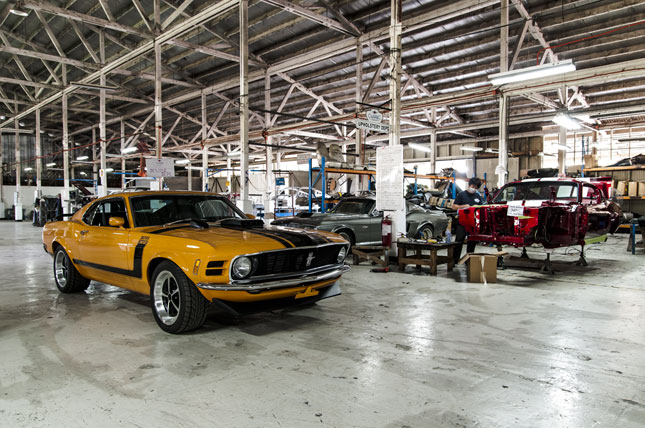 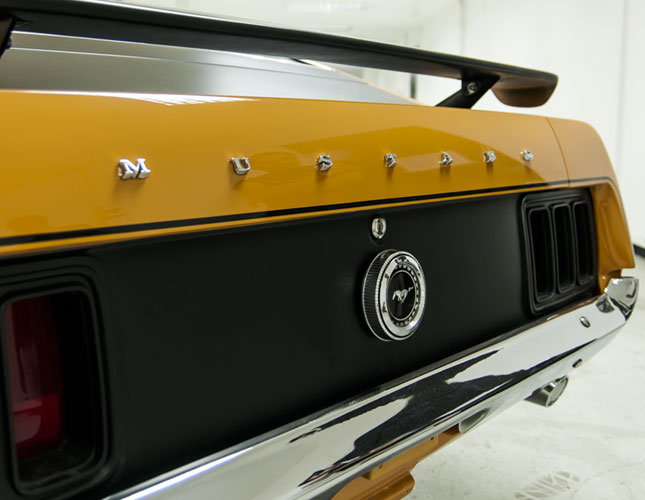 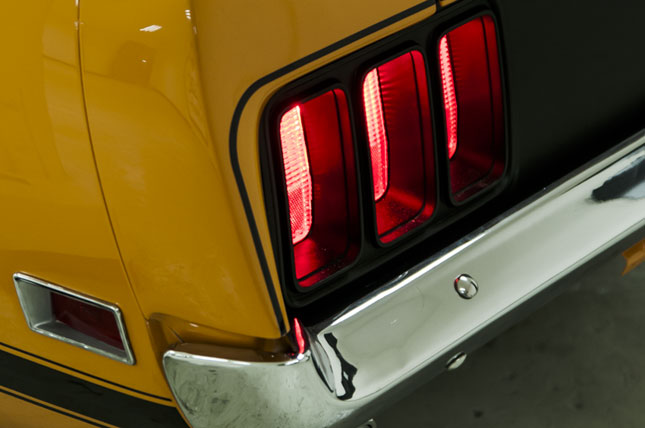 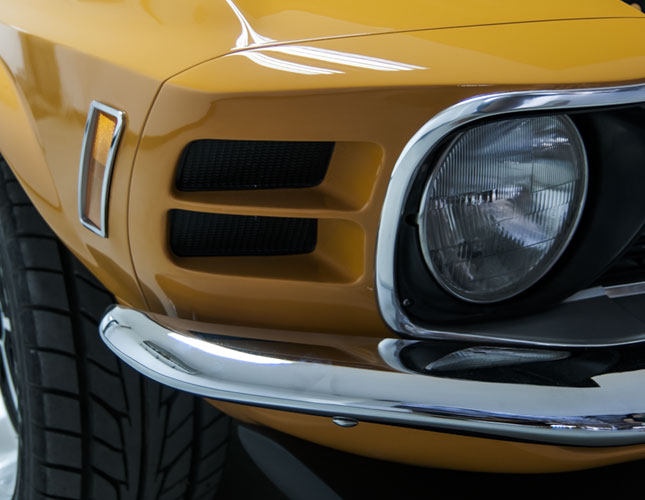 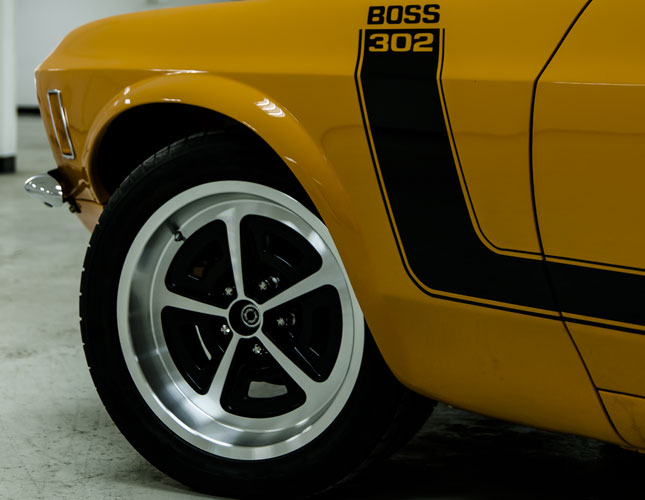 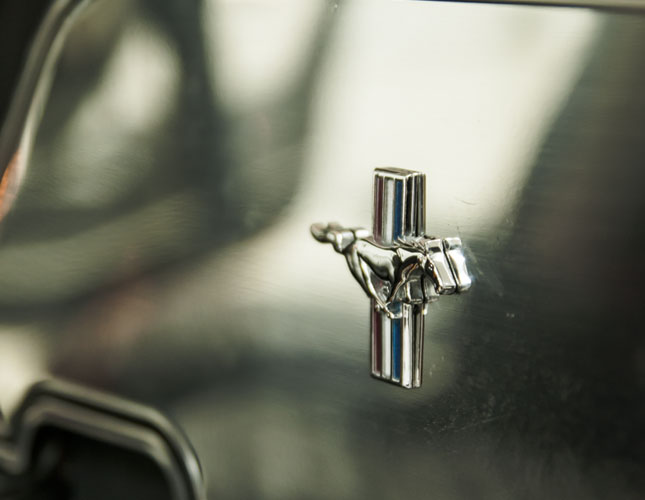 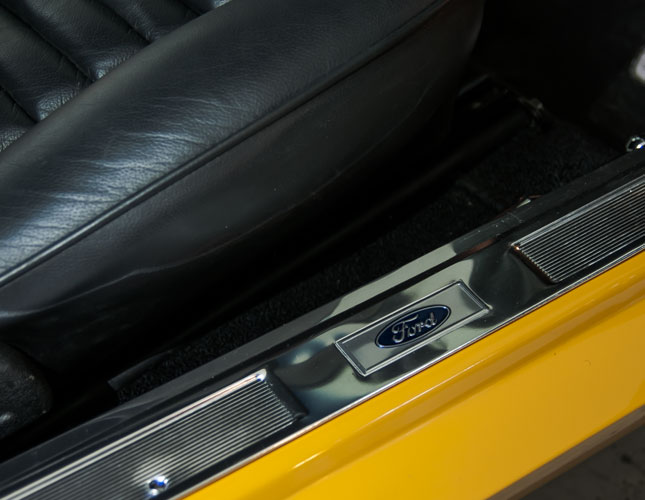 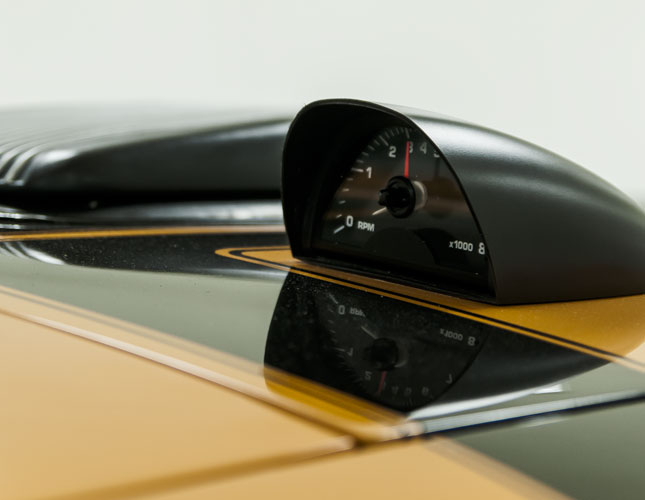 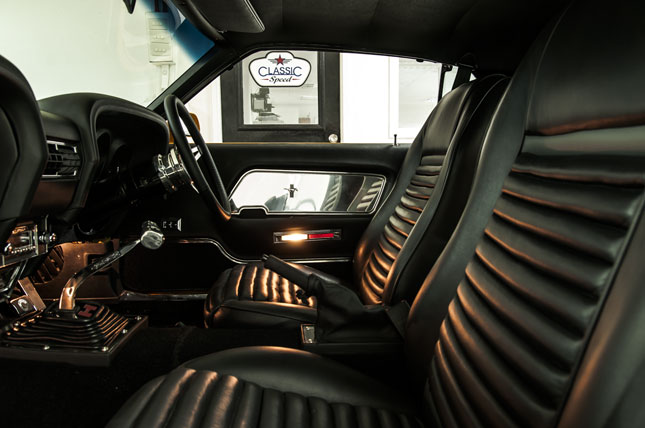 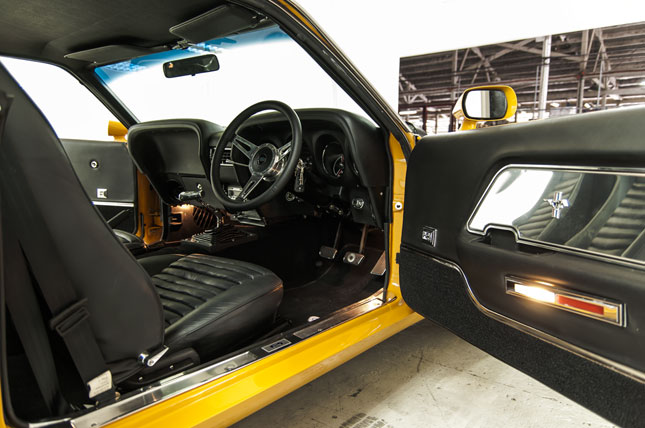 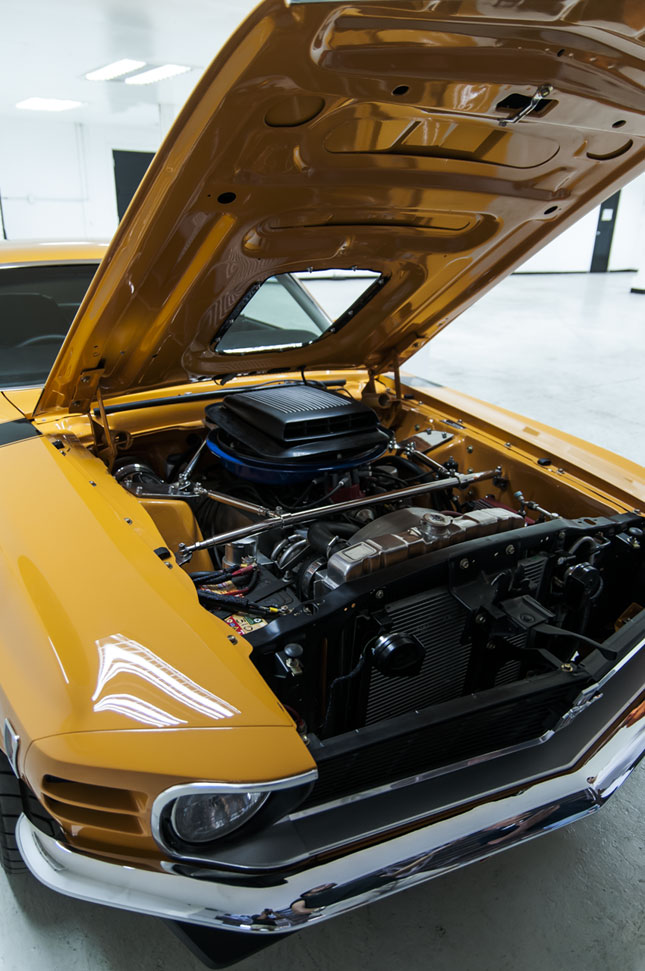 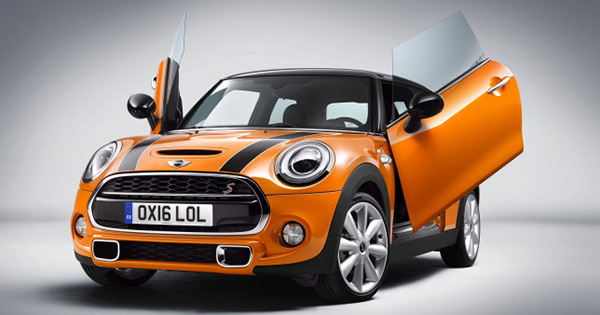 The best April Fool's Day pranks from carmakers
View other articles about:
Read the Story →
This article originally appeared on Topgear.com. Minor edits have been made by the TopGear.com.ph editors.
Share:
Retake this Poll
Quiz Results
Share:
Take this Quiz Again
TGP Rating:
/20