This rescue dog rides in full gear, including her own custom-made helmet
by Leandre Grecia | Jun 16, 2019

We see tons of photos and videos of cute, fluffy creatures on social media and the Internet on a daily basis. I myself am guilty of having Facebook and Instagram feeds raining with cats and dogs. You see new content each day, and hey, nobody’s complaining. But when someone sends you a video of a small dog joyriding on a motorbike, that’s when you stop and wonder about the story behind all of it.

What I’m talking about is Motorbike Milly. She is a small Bichon Frise that goes on road trips around Scotland on a motorbike with her owner. One of their videos recently went viral on Facebook—check it out below:

Milly is a rescue dog from the Scottish Society for the Prevention of Cruelty to Animals. Her owner, Paul Crossan, picked her up when she was 9 months old. According to him, Milly suffers from separation anxiety and is left in shambles everytime her owners leave, which is why he has decided to take Milly on his motorbike wherever he goes on trips.

A few years ago, Crossan was clinically diagnosed with a disease that forced him to retire from work. He originally got Milly as a therapy dog to keep him company when his wife and kid were out during the day. Now, he and Milly have become an inseparable pair whose joyride videos continue making rounds on social media.

What makes Milly special, however, is not merely the fact that she rides, but also the way she does so. Crossan claims that his furry friend wears the world’s first full-face dog helmet—a helmutt, as he calls it.

It’s hard to argue otherwise, given that Crossan made the headgear himself. He even decided to make a video on how he created the helmet to share the idea with others and to address the several inquiries he has received. Check out the video below:

Milly also rides in full gear, complete with a vest and strapped inside a special carrier attached to the bike. She learned to ride the carriers by getting comfortable in them on the ground before they were put on the actual bikes. You could even go so far as saying that this little canine rides in a safer way than most bikers (especially here in the Philippines), and sets a good example for the biking community as well.

“I also get asked on social media a lot on how to start traveling with a pet,” says Crossan. “I have already introduced the pet carriers I use to a few of my biking friends and the loads of our online followers so they can ride with their pets safely, so hopefully, we will see more riders bringing along their pets.”

Crossan owns two big bikes: a 2006 BMW R1200 RT and a 2008 Triumph Street Triple. Milly rides both, but Paul has fitted different seats for each motorcycle. A Bagster Puppy carrier is placed in front of his Triumph, while a Pet On Wheels can be found at the back of his BMW.

As for their videos, Crossan claims that a local magazine in Scotland gifted him the camera and he is very new to the whole idea of ‘vlogging’. Moving forward, he aims to further dedicate his content to his travels with Milly and the equipment they use.

“We are lucky to stay in Scotland. It’s such a beautiful, scenic country and I get to travel all over it with my best friend,” he adds. “Milly has become very well known in the biking community here and she draws a lot of attention everywhere we go.”

Such a feel-good story, isn’t it? Check out more Motorbike Milly photos below: 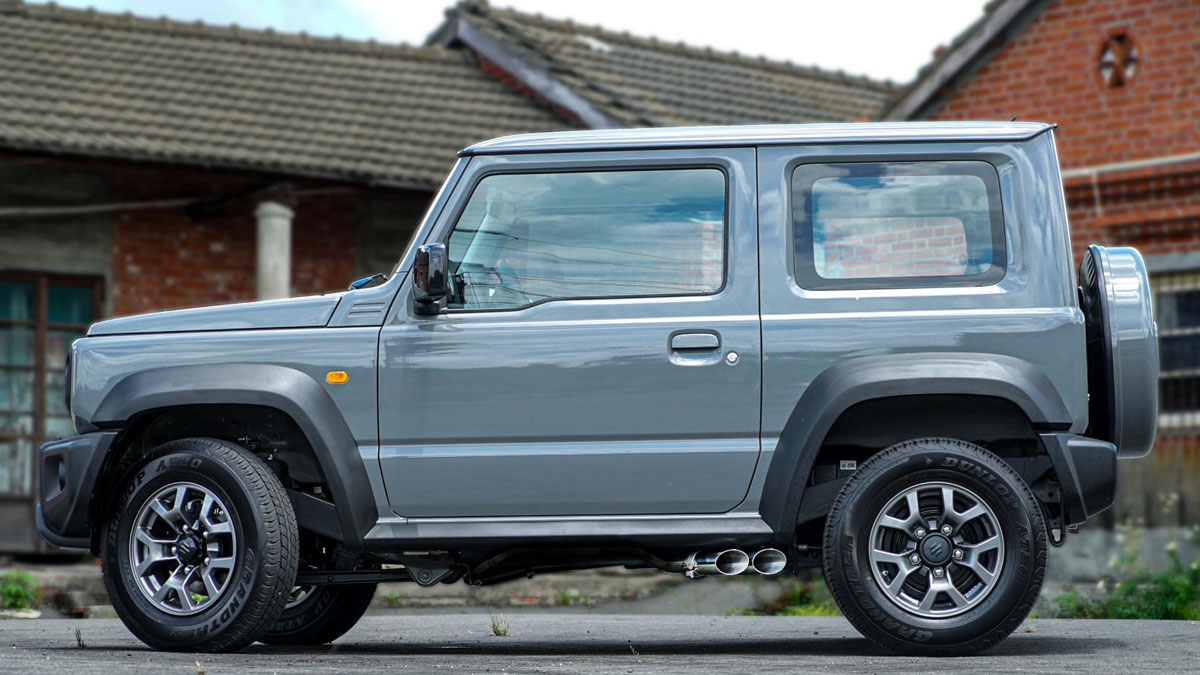 This is a Suzuki Jimny with G-Class-style side exhausts
View other articles about:
Read the Story →
This article originally appeared on Topgear.com. Minor edits have been made by the TopGear.com.ph editors.
Share:
Retake this Poll
Quiz Results
Share:
Take this Quiz Again
TGP Rating:
/20