The new Porsche 911 will prevent you from crashing

1) The ‘Wet Mode’ is pretty much uncrashable. 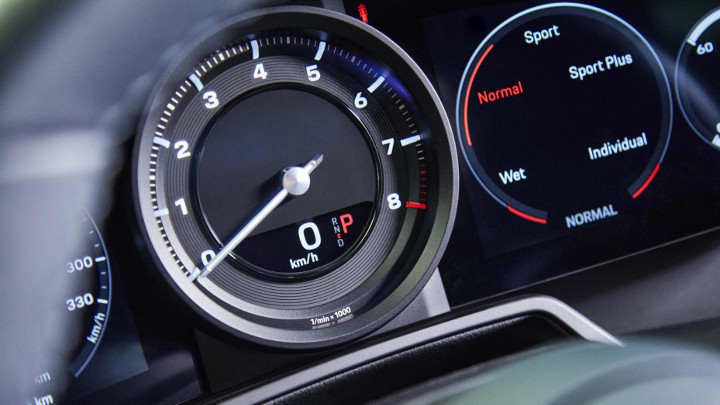 Famous last words. And yet, the new 992’s Wet Mode might just mitigate one or two of those “watch this” moments. Acoustic sensors (basically robot ears) live in the front wheel arch and listen for spray ricocheting around the wheelhouse. When it’s Defcon Wet, the digital dashboard politely suggests that the driver twiddle the mode switch to Wet Mode (south of Normal, Sport, Sport Plus, and Individual).

This puts the traction and stability control in an ultra-protective setting, catching wheelspin and slides before they get out of hand in a way even Normal-mode nannying would drop. We rode in a 992 on a wetted surface, and even with dynamics engineer Daniel Lepschi’s foot flat to the floor, the car bluntly refused to open the throttle until the wheel was straight. And then, it did so very gently.

Meanwhile, the dampers are softened off to maximize traction, and the active aero wing pops up to conjure a bit of extra downforce, in an effort to stave off aquaplaning. It’s very clever stuff. Is it a bit nannying, a bit overprotective? Well, you could always ignore the ‘Wet Mode now please’ alert. But in a car with a 39:61 rear-biased weight balance, massive 305mm rear tires, and 444hp, you’d best behave when the heavens open...

2) You can drift the C4S for longer without it breaking. 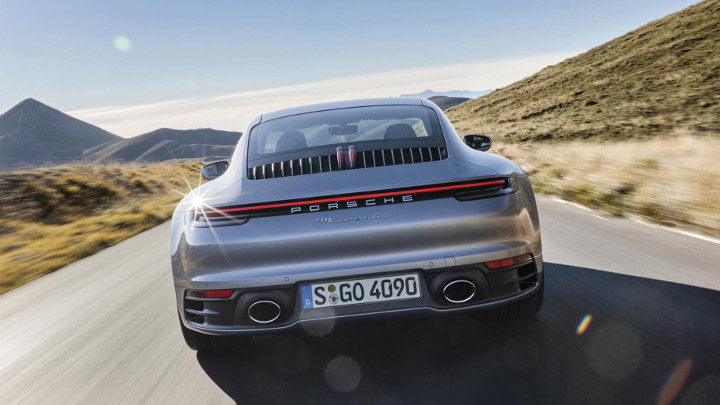 Good consumer advice here. Porsche says (Germanically): “Though drifting isn’t a performance attribute, and it doesn’t make you faster, it is fun. The new Carrera 4’s front axle and differential have 300% better cooling performance than in the 991-gen Carrera 4 S.” And the result? You can slide the four-wheel-drive 911 for longer without the front driveline overheating and ending the fun. If you’ve ever wondered what those engineers who live in Finland for six months of the year sliding prototypes around on iced lakes are doing, well, wonder no more.

3) The robots that build it are friendly with humans. 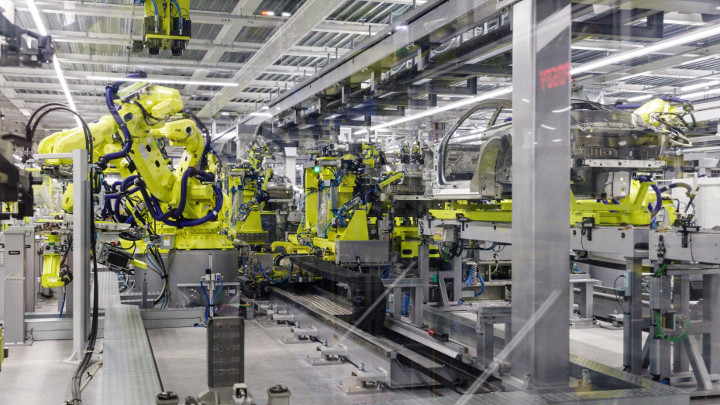 Our terrifying robot-ruled future is upon us. There are 280 robots in the Zuffenhausen factory where Porsche builds all 911s from the base Carrera right up to the 911 GT3 Cup car.

And yet...the robots are kind and caring. Porsche says they’re fitted with a “capacitive skin” that senses when a human is approaching the workstation, and slows its operations down. If the robot comes into any sort of contact with a human, it shuts down completely. It’s a safety measure, but Porsche also reckons it enhances the build quality of the body. Robots do the heavy lifting, quick bonding, and so on, and humans can check the tolerances and fit the fiddly parts with a trained eye and greater accuracy.

So, the inglorious robot apocalypse takeover might not be upon us. Yet. 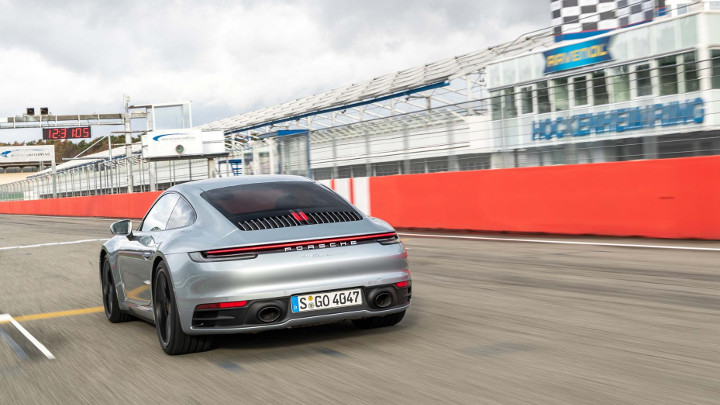 We’re all very spoiled with turbo boost, clever tires, and seamless gearboxes making even hot hatchbacks do supercar-ish numbers these days. But it’s worth taking a second to appreciate just how quick the new 911 is.

I had a ride in a PDK-equipped 992 Carrera S at the Hockenheimring. The thing demolished the straights. I know it’s a £100,000 (P6.68 million) car now, give or take, but the performance really is bonkers. The raw 444hp output is already crackers—as much power as a 996 Turbo. But that car had a manual, or a lazy Tiptronic auto. And tires from the early 2000s. And no torque vectoring, rear-wheel steering, adaptive dampers...and its ceramic brakes were in their infancy. Sure, it was lighter, but it wouldn’t see which way the 992 had gone.

The straight-line urgency is so linear, it’s properly supercar quick. What driver Daniel Lepschi was also able to demonstrate was how neutral this new 911 is. On cold tires, it understeers; 911s, light over the nose, always have. But with some temperature, the car gained accuracy, and with everything locked into Sport Plus mode and the safety nets thrown away, the slides it’ll sustain are enormous. It’ll drift on turn-in, or mid-corner, or on exit. Uncannily flat in direction changes, too.

Of course, loads of that tech is derived from GT3s, Turbo Ss and GT2s. Begs the question of what the heck Porsche is going to do to give those cars a meaningful performance advantage over a well-optioned Carrera, really. 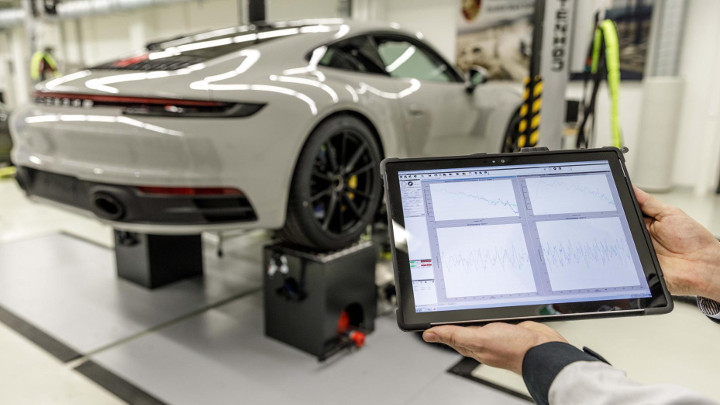 Are you ready for a top-banana bit of German geekery? Here we go: The 992 has a carbon-fiber brake-pedal stem. It weighs 300 grams less than the aluminum brake-pedal stem in the old Porsche 911. That’s a 41% weight saving, fact fans. 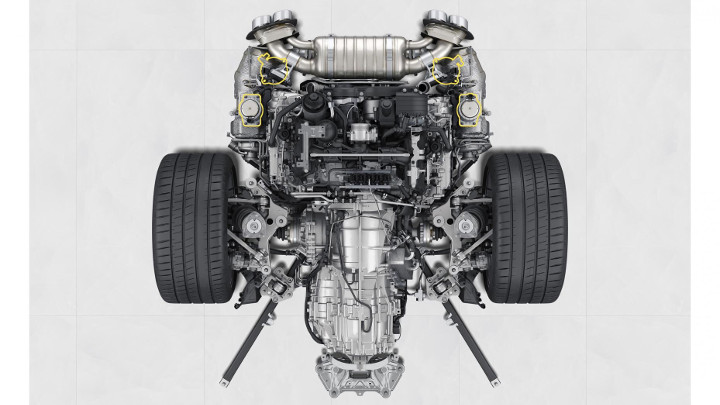 The 992’s 3.0-liter flat-six engine is based on the 991’s motor, but there are some crucial differences. When Porsche turbocharged the last 911 halfway through its life, it chose a bi-turbo setup. The left-hand turbo was identical to the right-hand blower, but rotated through 180 degrees. This meant that the pipework feeding it with airflow was a bit longer and featured a sharper kink. So, it always worked a little less hard than the other turbo, which spooled up a touch quicker. So what? Well, it’s not great for throttle response, and Porsche even sussed out it was hurting emissions, because the catalytic converter, which needs to get really hot before it works efficiently, was heating up unevenly.

Porsche’s engine brains reckon they’ve cracked it this time. Each turbo is unique, so it gets equal-length plumbing. They spool up together, and that means matched boost and a warm and happy catalytic convertor.

The only downside is the new turbos are a bit bigger. We’re talking in millimeters only, but Porsche admits that maximum torque is now developed at 2,250rpm, not 1,750rpm as before. The engines are more powerful overall, though, so you shouldn’t notice too much.

7) The gearbox won’t let you be an idiot in private residential areas. 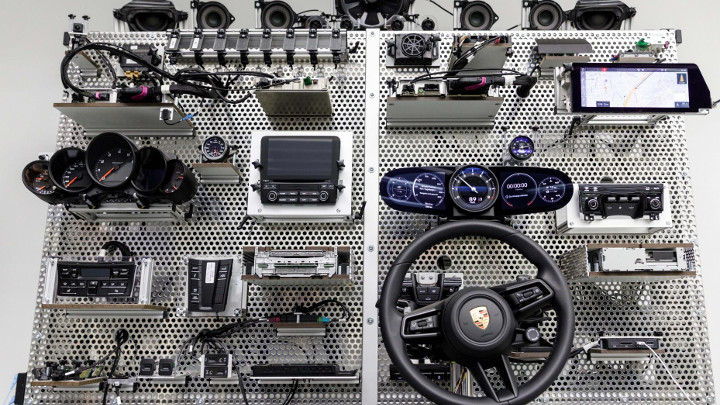 Like a Rolls-Royce (and a fair few modern BMWs), the latest 911’s eight-speed twin-clutch gearbox adapts its shift behavior according to GPS location data. About to go uphill? It won’t upshift automatically. It’ll also drop back out of high-revs sporty mode if you’re on a long straight, figuring you’ll be cruising. All rather clever, but also frightfully sensible.

Our favorite nugget is Porsche’s anti-show-off-in-town function. That’s Top Gear’s name for it, not Porsche’s. Basically, if the nav knows you’re in an urban, built-up area with, say, a 50kph limit, it’ll rein in the gearbox’s aggressiveness so the car won’t hold high revs and generally mess about. Bad news for Instagram show-offs, but great news for people who aren’t oxygen-thieving morons. Of course, if you want to be an idiot, you can use the paddles to override the car’s conscience, but there’ll be no, “Whoops, my foot slipped, officer” excuses. The car knows better. Do you?

8) The top speed is impossible in top gear. 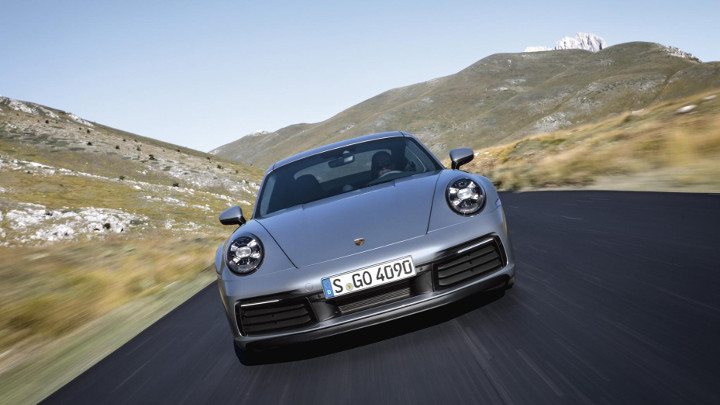 Seems pretty crackers that a cooking Carrera S is now a 305kph car out of the box. It wasn’t so long ago that the 997 GT2 RS became the first ever 911 with a verified top speed of over 320kph, and now the C2S is only 15kph behind.

That is, until you shift out of sixth gear. The eight-speed PDK gearbox is effectively set up as a six-speeder, with two ultra-long overdrive ratios. Great for autobahn economy, but the engine won’t pull 305kph in seventh or eighth gear. Makes you wonder what the top speed will be when specialty tuners start fiddling with the engine... 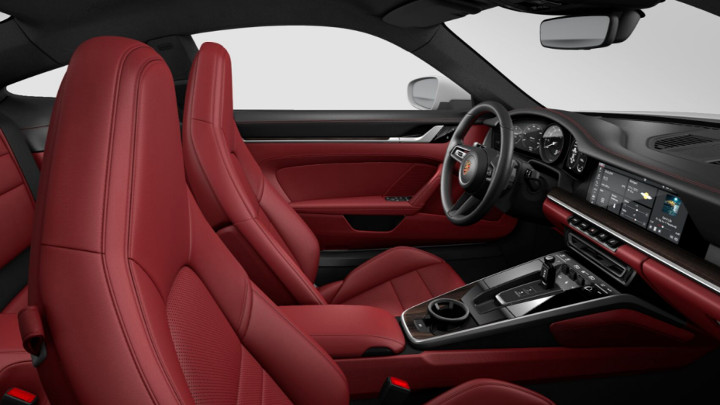 We’re as surprised as you are. Unless you’re in, say, a BMW i3, German wood trim in cars is usually about as tasteful as the hairstyles in a German nightclub. And the music. And the outfits. And the meats proffered at the hotel buffet the following morning. But we digress.

The timber optionally fitted in the 992’s dashboard isn’t ultra-shiny plasti-wood. It’s a natural-looking, contemporary finish that echoes what Volvo has been doing to make wood great again, and it looks the business. Part-retro, part-modern, less showy than carbon, and very homely, even surrounded by so much tech and trickery. Tick the box. 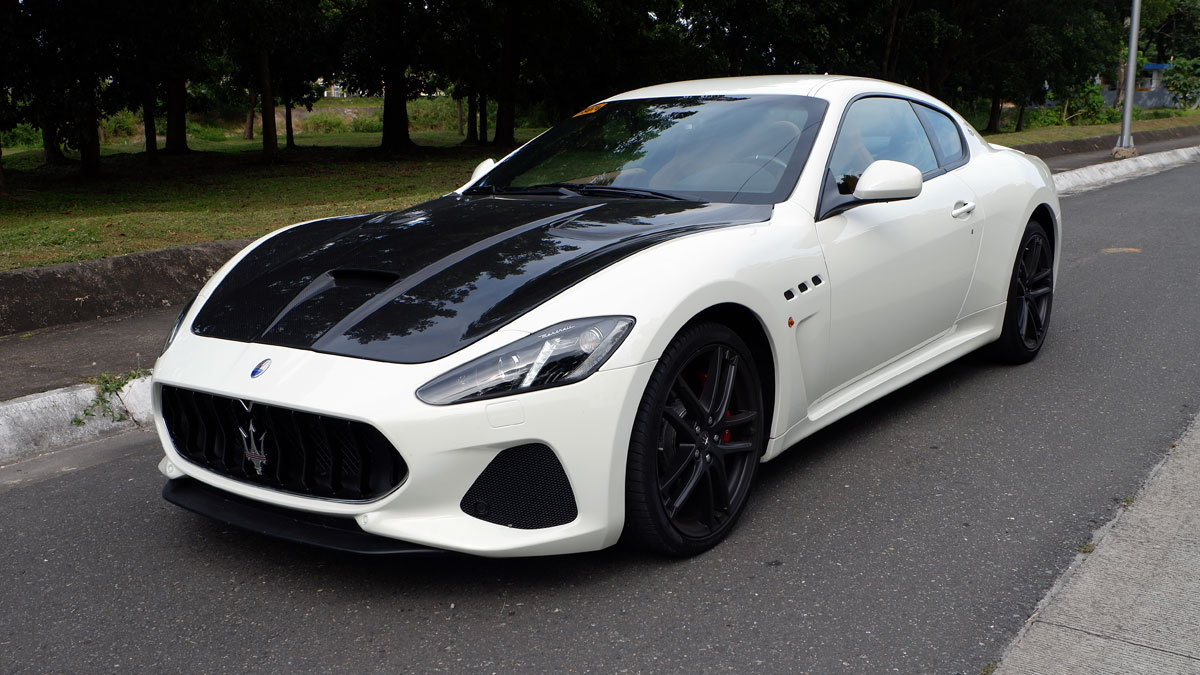 How the Maserati GranTurismo taught me to appreciate GTs
View other articles about:
Read the Story →
This article originally appeared on Topgear.com. Minor edits have been made by the TopGear.com.ph editors.
Share:
Retake this Poll
Quiz Results
Share:
Take this Quiz Again
TGP Rating:
/20