Back to the old school: Car features we miss, part two

Make absolutely no mistake about it—modern cars are just better than old ones. Remember when 120hp was considered pretty decent for a family car? Or when any speed over 100kph meant as much aerodynamic lift as your average Cessna? Or maybe just velour seats that managed to be musty, clammy, and filled with electrostatic shocks at the same time? We do. And it sucked.

That’s before we mention the constant breakdowns, crash safety best described as ‘absent,’ and rust to rival the Titanic. You had to contend with the creature comforts of your average gulag, the brute power of an AA battery, and plastic bits that wouldn’t make the grade in a McDonald’s tray. And let’s not forget that, if you were American or Australian, old cars offered fuel economy that really couldn’t even be called ‘economy’ without just declaring the entirety of the English language ‘useless irony’ and learning Esperanto instead.

Cars really weren’t as good as you remember. Even the ones you have tucked away as ‘pretty damn special’ really don’t hold up after a few decades of progress have left them languishing. But that’s not saying everything is better in our bright and happy automotive future. That would be like saying that everything is better in our bright and happy future in general, because pretty much everything in that phrase is a lie. So, let’s hitch up our hammer pants, lace up our Air Jordans, snap on a slap bracelet, and take a stroll down Nostalgia Boulevarde, with the best of all the car things we miss from back in the day. 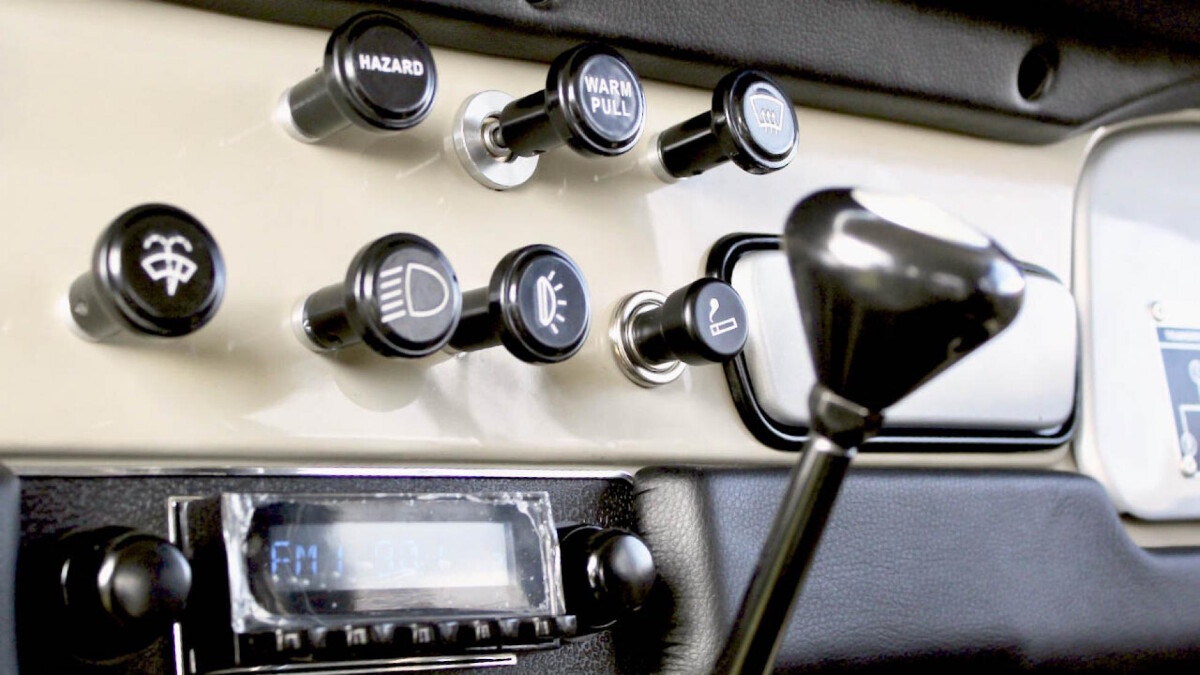 Buttons. Each with just one function. Press it and that function happens. Press it again and that function stops. To make sure the dashboard doesn’t look like the cockpit of the space shuttle, don’t load the car up with hundreds of trinkets and toys it doesn’t need. Trip computer? Don’t need it. There’s a fuel gauge; fill up when it starts leaning backwards. Cruise control? That’s a lever behind the steering wheel, champ. But we can do without that, too. We have this new thing called ‘ankles’. Climate control? Uh-uh. We made our thoughts clear in the previous installment—regular aircon is all we need. With buttons, friendo.

Call us Luddites all you want—if there are so many features that they have to be buried in touchscreen submenus, we can do without. Think long and hard about what you actually achieve every time you dive into the ‘infotainment’ system. Everything you need—and actually use—could get its own button with just a handful of little plastic rectangles. Check out an ’80s Porsche 911 if you need an example. 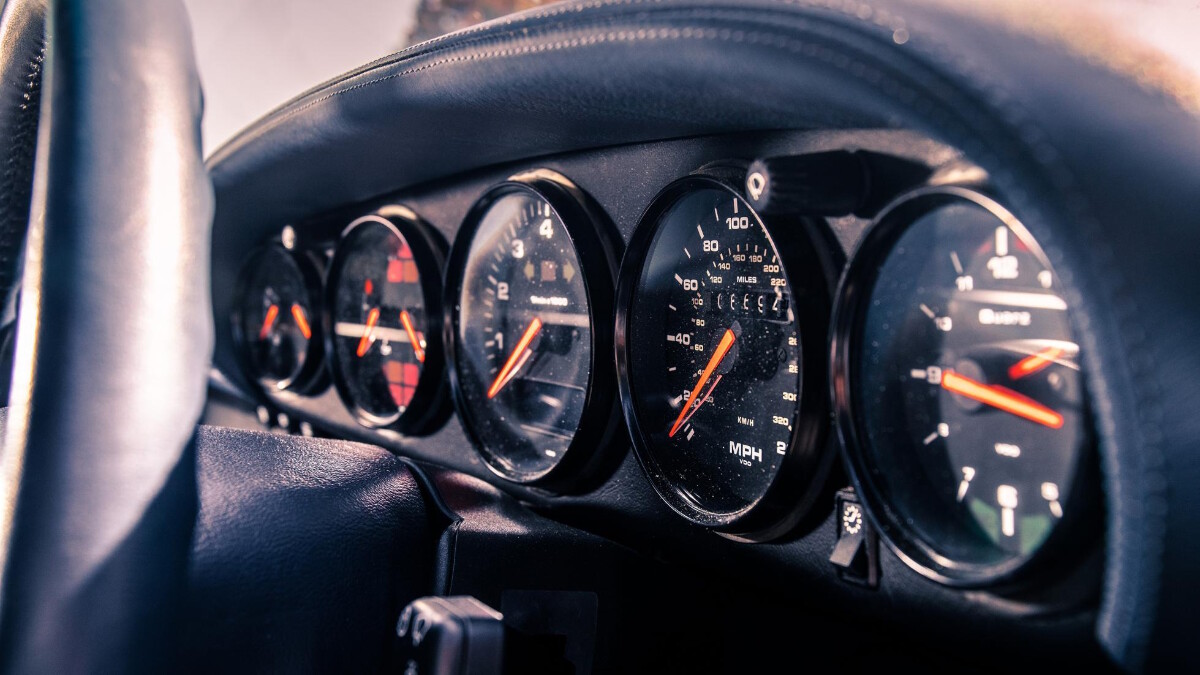 On the topic of classic 911s, let’s talk about gauges. Sure, it’s not the best thing about old 911s, but it is one more thing that Porsche got so, so right.

Putting the tachometer in the center rightly gets a lot of praise, given the 911’s intentions and ability, but look at the dashboard again, this time from a 2021 perspective. Tachometer in the middle, flanked by speed on the right and oil temp/pressure on the left. Most important info, right there. Then, on the wings, a fuel and oil level gauge on the left and a simple analog clock on the right. All the information you need and nothing you don’t. You could argue that a voltmeter should make the grade—and yeah, fair play. But like we said before, look at it from a modern standpoint. Cars that go to the customer without even an engine temperature gauge. Or if they do have a gauge, it sits at one temperature, rock-solid, as if sitting in traffic doesn’t raise the coolant temp.

Why? Well, this one’s the customer’s fault. Mazda’s oil-pressure gauge in the original MX-5 displayed the precise oil pressure, which—given that the oil pump runs off the engine—goes up and down with engine speed. The story goes that...let’s say uninformed MX-5 drivers became concerned with a flailing gauge in their eyeline and brought their new car back to the dealer with warranty claims on their minds. In subsequent MX-5s, the oil-pressure gauge would sit motionless in the middle of the spectrum if oil pressure was anything approaching decent.

So, because most of us don’t (or don’t want to) understand how engines work, we now have dumbed-down or absent gauges. And because many more among that number don’t care about their car as long as it keeps driving, we get little warning lights that tend to get ignored and limp-home mode when the car—to use the parlance of our times—can’t even.

What we’re saying is that this is on you. Or if not you, then someone you know and love. 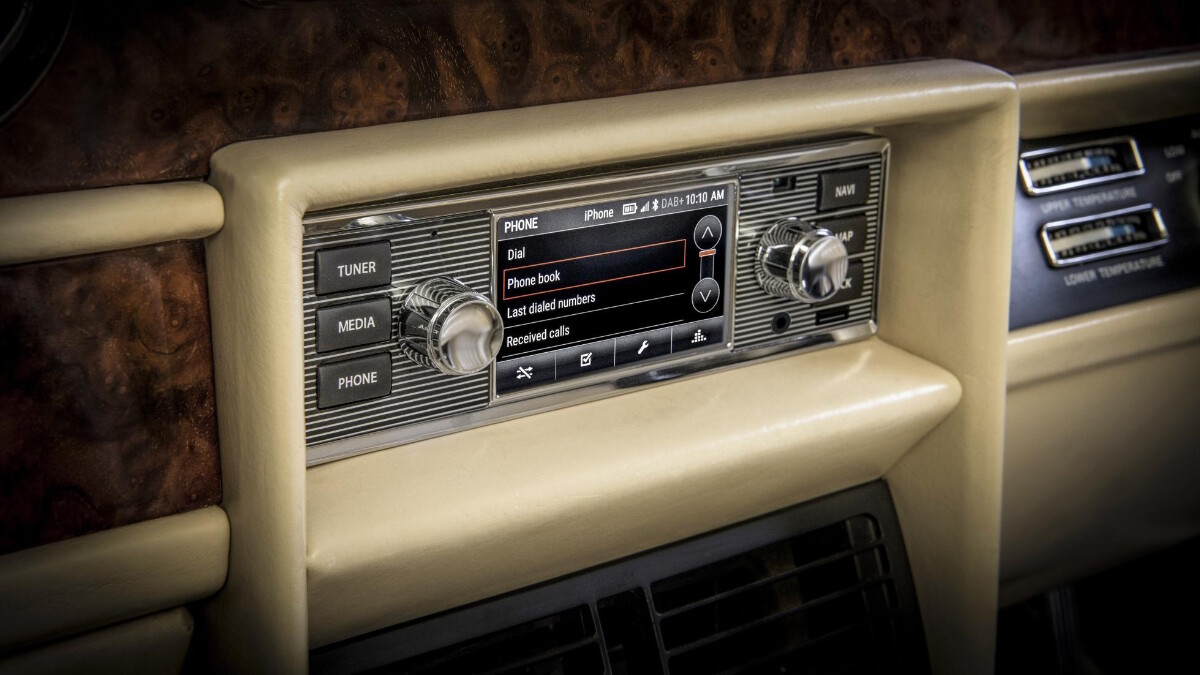 Tony Soprano once said, “‘Remember when’ is the lowest form of conversation.” And if he weren’t a fictional character, we’d be much more reticent about beginning the next sentence.

Hey, remember when car stereo sizes were standardized? There’d be a standard slot in your dashboard, in which any ‘single-DIN’ unit would fit perfectly. And if you had an upmarket sort of car, chances were that you’d have a ‘double-DIN’ and could fill the space with a huge, expensive music maker—or at least a single-DIN stereo and a molded rubber bung that’d turn the empty space into a handy storage cubby. Those really were the days.

Well, except for the rampant stereo theft that swept our nation, and many others—even some big ones. Because any head unit would fit any car, thieves had a huge potential market to sell to. And if your early-’90s car happened to have a nice aftermarket stereo, then it’s bad news for you, your driver-side window, and your insurance company.

But now, if you’re not a fan of the multimedia system your car came with, the very best of luck trying to replace it. Even if the unit itself is still a standard size—and chances are it isn’t—trying to replace your flush-mounted stereo involves ripping half the dash apart. And even then, the ‘infotainment unit’ will be wired into a separate screen, a head-up display, the climate-control system, and who knows what else. And you’ll find a few unhappy things: Cheap stereos won’t exist, pricey stereos still won’t play nicely, and only the standard one will ever work properly. Right up until it doesn’t. 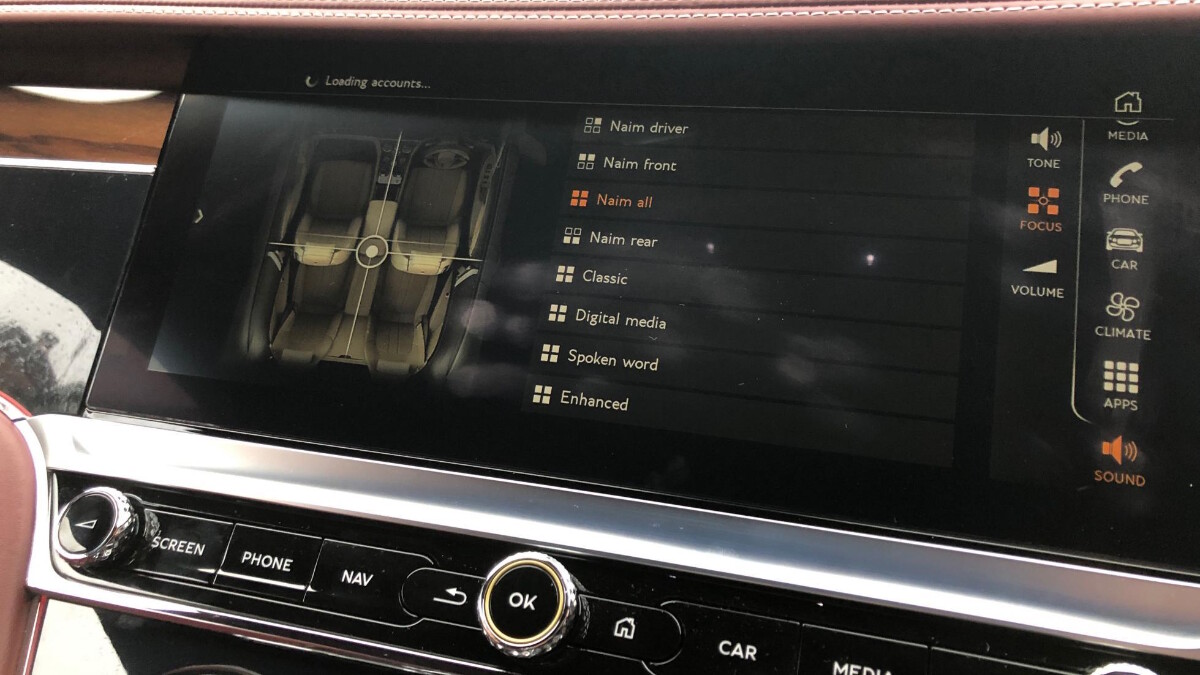 While we’re on the subject of proper stereo size, let’s talk about proper stereo control. How is it, exactly, that we can play roughly any song we like from the Internet to a small rectangle in our pocket and through the stereo with hardly a hiccup, but then we’re left to muddle through with a crappy bass-mid-treble control hidden down a rabbit hole of submenus?

The whole point of an equalizer is to be able to tune your sound properly. Human hearing generally extends from 30Hz to 18,000 or so, depending on how many heavy-metal concerts you’ve been to. Dividing 18,000 different frequencies into just three parameters leaves a lot to be desired in terms of adjustment. Or, if you pay through the nose for a stereo, you get a whole bunch of broadly unintelligible choices that muck with the music, trying to make it sound like its being played in Albert Hall or something.

Old-school aftermarket stereos—the good ones, that is—offered five-, eight-, and even 10-band EQ to really dial the sound in and get the most from your speakers. Sure, this is a bit of a niche one. But music is basically the only thing that humanity has created where every emotion is reflected, every experience is shared, and every answer is the right one. Unless it’s Insane Clown Posse, of course. 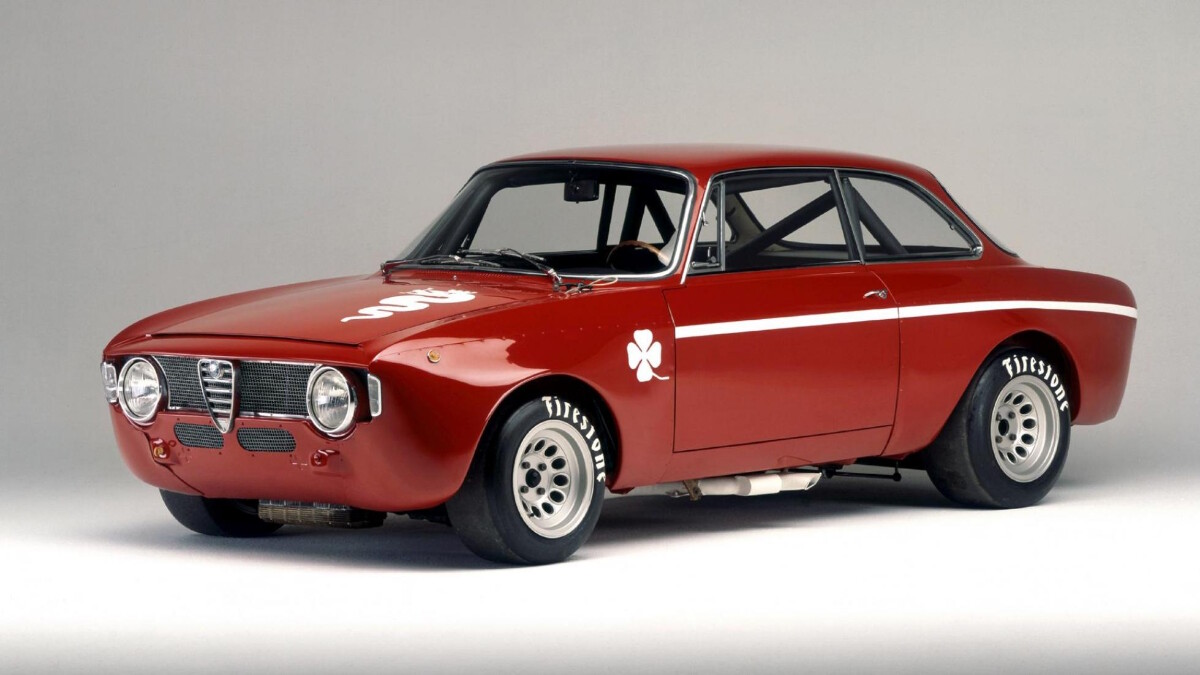 Okay, so manual door locks are hardly the most secure things in the entire world, so as long-lived, lightweight, and lovely (fine, the last one is just our opinion) as manual door locks are, you’ll need something like a kill switch, tire locks, or a lock-up garage to keep your pride and joy safe from the light-fingered and morally flexible.

But the joys of a mechanical lock...again, this might be just us, but manipulating something mechanical and seeing the result is such a satisfying transaction. Like with a fountain pen or a mechanical watch, there’s such joy in the intricacy and mechanical action involved in actual moving parts having an actual result.

Plus, with manual locks, you can unlock the driver’s door, get in, then keep your passengers out for as long as the joke will hold. It’s doubly funny if it’s particularly cold or rainy weather. Just us? 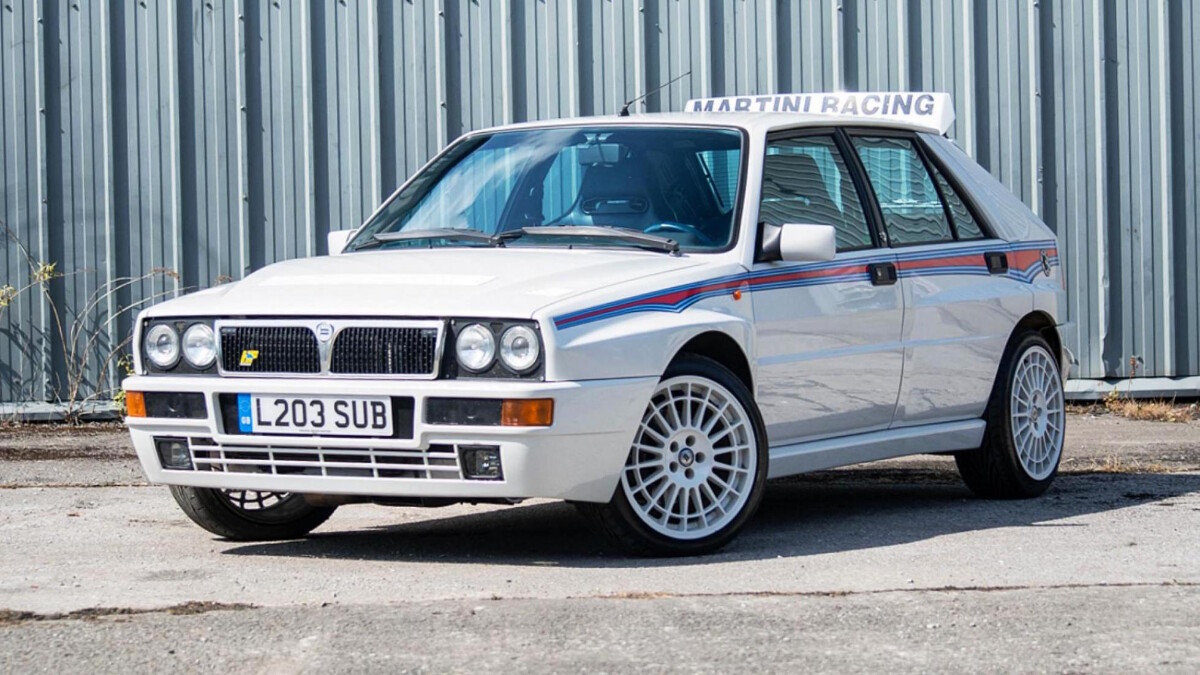 Janis Joplin may have invoked religious royalty in her efforts to get a Mercedes-Benz (and make amends for not having one before, to teach all her Porsche-driving ‘friends’ a thing or two), but for us, in excelsis deo is always going to be a Lancia.

And, for a lot of people of our vintage, the apotheosis of Lancia isn’t the Stratos, the 037, or the giant-killing Fulvia HF, but the Goliath of Group A—the Delta Integrale. And if it doesn’t have a shot at the title of ‘Best Box Arches of All Time,’ we’ll eat our copy of Sega Rally.

And box arches, in case you’re new around here, are basically the best thing ever. They make the boring interesting, the good sublime, and the great legendary. What they also do is increase wind resistance, and have therefore been sacrificed at the altar of efficiency.

So, it’s okay to load a car up with seats that heat or cool, slide in 10 different directions at the touch of a button, and basically have every function up to a bidet, but a worse drag coefficient is apparently off the cards. We can have gigantic alloy wheels that are also absolutely ghastly for ride comfort, fuel economy, and even acceleration. But 22-inch alloys are fine, of course, as long as no one mucks up the aerodynamics with those pesky box arches.

If it’s all the same, we’d opt for a 16V Integrale with the standard 15-inch wheels and box arches you could smuggle a donkey in—you know, if that was the kind of thing you were interested in using a rally homologation special for.

Back to the old school: Car features we miss, part one
View other articles about:
Recommended Videos
Read the Story →
This article originally appeared on Topgear.com. Minor edits have been made by the TopGear.com.ph editors.
Share:
Retake this Poll
Quiz Results
Share:
Take this Quiz Again
TGP Rating:
/20