Ferdinand Piech has passed away aged 82, four years after leaving his role as chairman of the Volkswagen Group. He died “suddenly and unexpectedly” according to a statement released by his wife, Ursula. Piech will be remembered, rightly, as a titan of industry, and the most important figure in the German car world since, well, since the men responsible for the original Beetle.

One of those, the man who pushed the notion of a peoples’ car, was of course the unspeakable embodiment of evil. The other, the actual engineer who designed it, was Ferdinand Porsche—Ferdinand Piech’s grandfather.

While the Dieselgate scandal followed ominously shortly after his resignation in 2015, Piech will certainly be missed. His commitment to engineering excellence, his brutal spirit of competition, and his visionary outlook will see to that.

Let’s start with the engineering. As a member of the Porsche family, he had a good start. An early personal project of his was to design the Porsche 917, one of history’s most successful and awesome race cars. But he bickered with his siblings and cousins, so they all agreed to come off the Porsche board. They kept sizeable shareholdings, though. Piech’s family money meant he never needed to work again.

But he immediately started an engineering consultancy. From this came the OM617 five-cylinder diesel engine for Mercedes. It was Merc’s first premium passenger-car diesel engine. A diesel. And a five-cylinder. Remember those things as we meander further through Piech’s later career.

Before long he was appointed chief engineer at Audi. This VW subsidiary was struggling in the shadow of Mercedes and BMW, despite having sprung out of Auto Union, the magnificent pre-war enterprise for which Piech’s grandfather Ferdinand Porsche had designed 16-cylinder GP engines.

In 1993 he took on the job of running the whole VW Group. It was mortally wounded, close to bankruptcy. He set about using his engineering expertise to slash costs and improve the cars, most critically by his platform strategy.

I once asked Piech what had mattered most of all the things he’d done at Audi. He said it was moving the 80, 90, 100 and 200 onto a common platform, hugely increasing parts purchasing volumes and reducing costs. At VW he immediately moved the Passat onto the same platform and had the same effect.

From that thinking came his biggest move, the one thing that should probably be inscribed on his monument stone: the platform strategy Mark 4 Volkswagen Golf and all its relatives. The vast flowering of models, from the first TT to New Beetle to droves of Seats and Skodas.

It meant huge cuts in costs, and in engineering time. Instead the money and effort could be poured into making better interiors, and an even wider range of cars. It has become standard practice among multi-brand car companies.

Sometimes the press grumbled the Golf family were too similar, but Piech believed he could grow the Group overall by having more brands competing with each other. “Many rods catch more fish,” he used to say.

Indeed, competition was the fuel for his fire. Not just with other car companies, but within the VW Group. He delighted in setting engineers from different divisions against each other, to see which would do the best job. Maybe it was because he is from a big family, he’s often talked about sibling rivalry between his brands. He fathered a dozen kids, by the way, by four different mothers.

Piech’s leadership turned the VW Group around. But it wasn’t enough for him. He went on a buying spree, acquiring Bentley, Bugatti, Lamborghini, and Scania. He wanted others too—Ducati and MAN trucks and ItalDesign have been added since he has been chairman, and he had a go at getting Alfa Romeo too.

Most dramatically, he pulled the strings that ensured that VW took over Porsche. It was the conclusion of an epic power struggle between automotive names, different groups of managers, and different factions of the Porsche dynasty. One result of that takeover is the Porsche Macan. Maybe you don’t think the Macan is ambitious enough. Well how about the 918 Spyder?

But if you really want to see the extent of Piech’s ambition as an engineer, look at two cars from the opposite ends of the Group’s range. The VW XL1 and the Bugatti Veyron.

It was Piech who laid the template for the Veyron, and stated its power and top speed numbers before a prototype had ever run. Rival car company chiefs—and me, before I drove it—thought it a crazy money-losing vanity project. But he pushed on. The Veyron development engineers who failed to reach his targets were abruptly fired along the way.

Then came the XL1, another car of amazing audacity, a high-tech design aimed at reaching numbers (in economy not performance this time) unmatched elsewhere. Piech had watched over that project from the days it was a tiny one-seater carbon fiber cigar-on-wheels.

At the time he retired from the CEO’s job to becoming the chair of the supervisory board, he told me the Porsche 917 and the VW Phaeton were the highlights of his career.

Er, the Phaeton? Why move VW so far upmarket? “There are not enough good big cars. And the few ones that are there, they earn too much. That’s the reason we are stepping in.”

See, his competitive eye couldn’t stand rivals making fat profits. Actually the Phaeton failed to sell (except now in China) but without it we wouldn’t have the Bentley Continental family. Another example of Piech playing the longer game than he was credited for at the time.

People called him obsessed with the detail as well as the big picture. They’ve called him a whole lot more than that. Piech’s management style has been close to despotic at times, and certainly he openly said that a bit of friction and needle was needed to get best results. He and a small cabal of managers ran the company. Anyone who couldn’t give him a fast and intelligent answer to one of his probing questions seldom lasted long in their job.

Since Piech took over in 1993, the VW Group has grown to overtake GM and challenge Toyota as the world’s biggest car maker. How well it’s thus far survived the Dieselgate scandal—something it’s pretty likely he knew about before resigning, given what a hands-on boss he was—is testament to what a behemoth he’d helped create.

But let’s not dwell on that. Let’s remember instead the amazing legacy of a true genius, an engineer of extraordinary breadth, and most of all, one of the great car nuts. Hon.-Prof. Dr. techn. h. c. Dipl.-Ing. ETH Ferdinand Karl Piech, Top Gear salutes you. 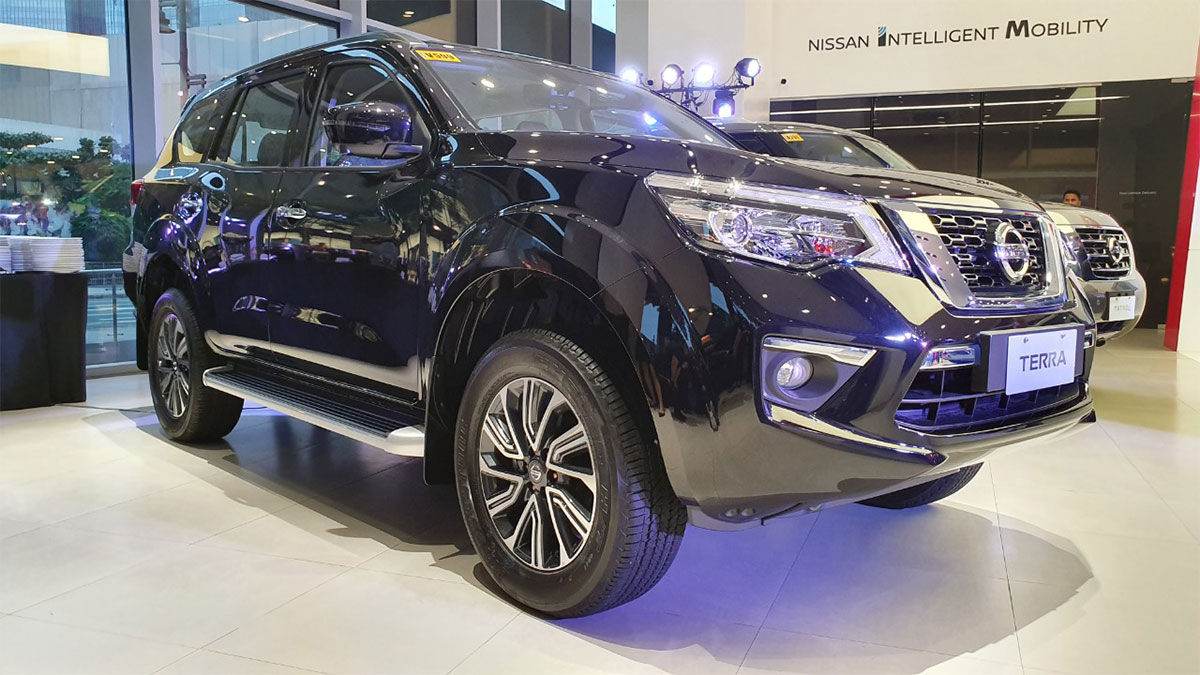 16 Images: All the upgrades Nissan PH has given the Terra for 2019
View other articles about:
Read the Story →
This article originally appeared on Topgear.com. Minor edits have been made by the TopGear.com.ph editors.
Share:
Retake this Poll
Quiz Results
Share:
Take this Quiz Again
TGP Rating:
/20